THIS MORNING host Holly Willoughby is well known for her gorgeous outfit choices, rarely putting a toe out of line when it comes to her style, today included.

The mum-of-three is a high street fan who regularly shops in H&M, New Look and M&S, but has recently taken a sustainable approach to fashion by renting her outfits – here’s all you need to know. 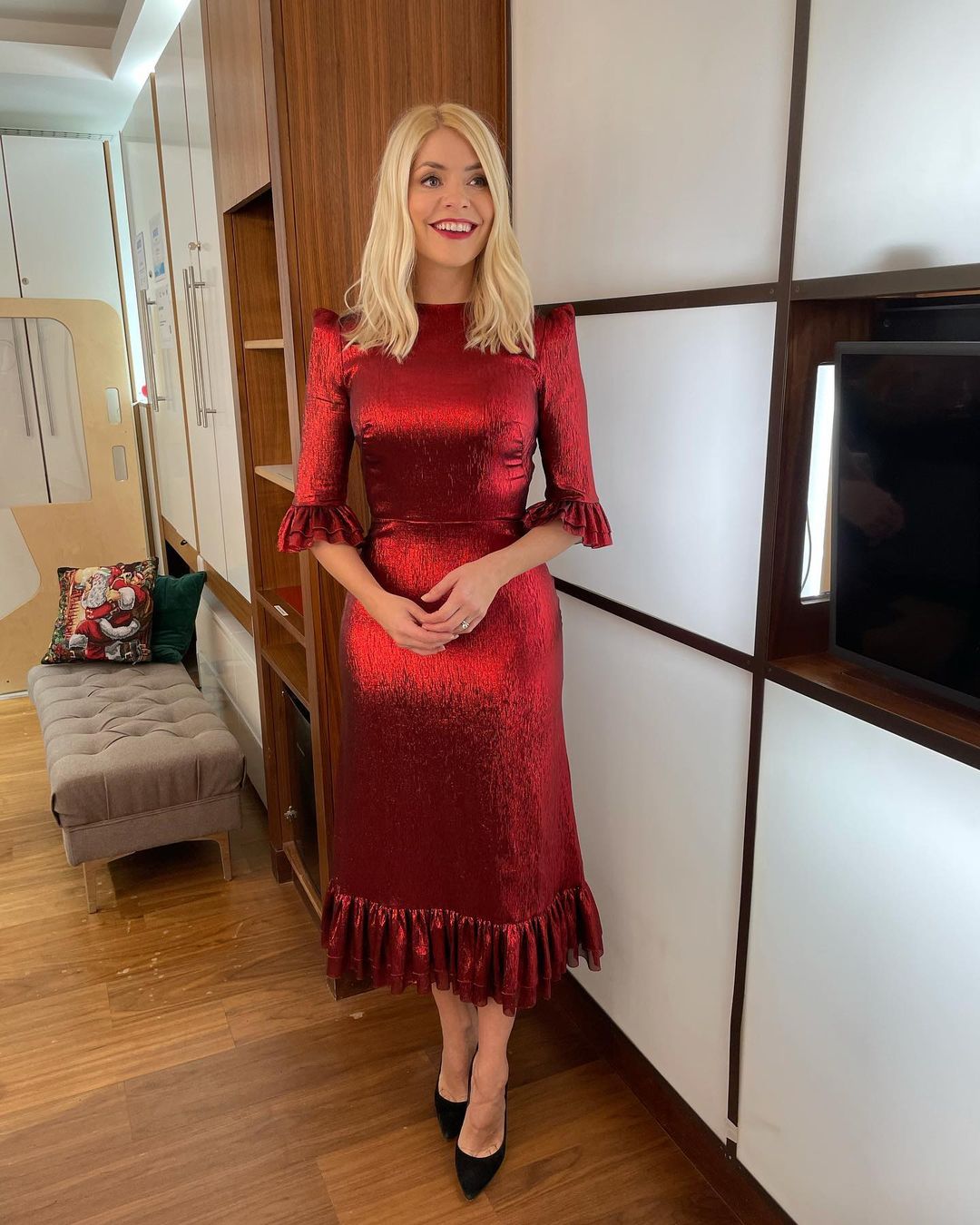 Where is Holly Willoughby's outfit from today?

Holly stunned in a shimmering scarlet dress by The Vampire's Wife, which features structured shoulder detailing and a frilled hemline and sleeves.

The dress will normally set you back a whopping £1,595, but the TV presenter rented the festive frock from HURR for roughly £134-£364.

Finishing off her festive look, Holly teamed the sparkly number with a pair of basic black stilettos, and you can get a similar pair from TopShop for an affordable £29.

The stylish presenter wrote on Instagram: "Morning Monday… #hollyjollychristmas too much? 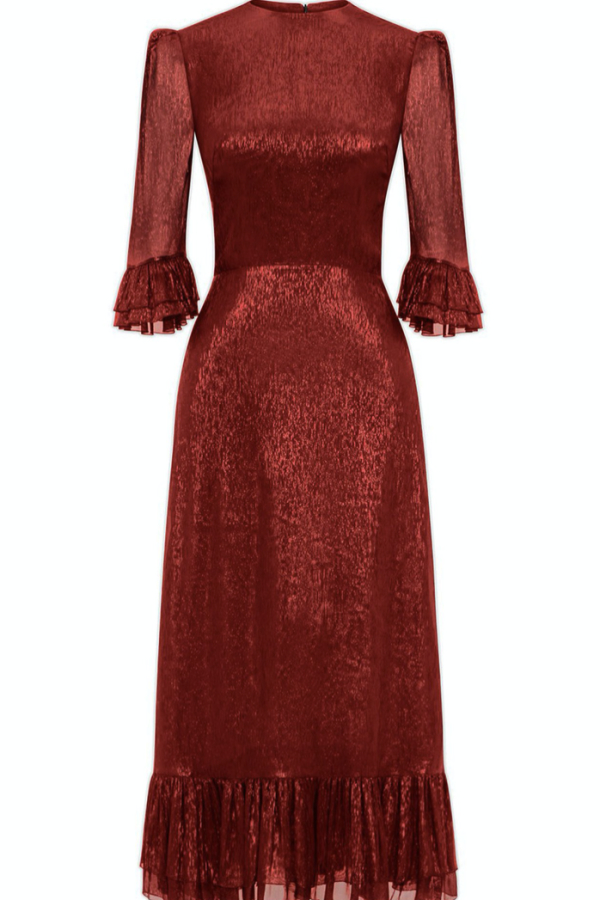 "Never!!!! It’s CHRISTMAS!!!!!!! See you on @thismorning at 10am… Dress rented from @hurr @thevampireswife #sustainablefashion."

HURR reposted the snap, saying:"Another week, another @hollywillougby rented outfit we need in our lives."

What is Holly Willoughby’s style? 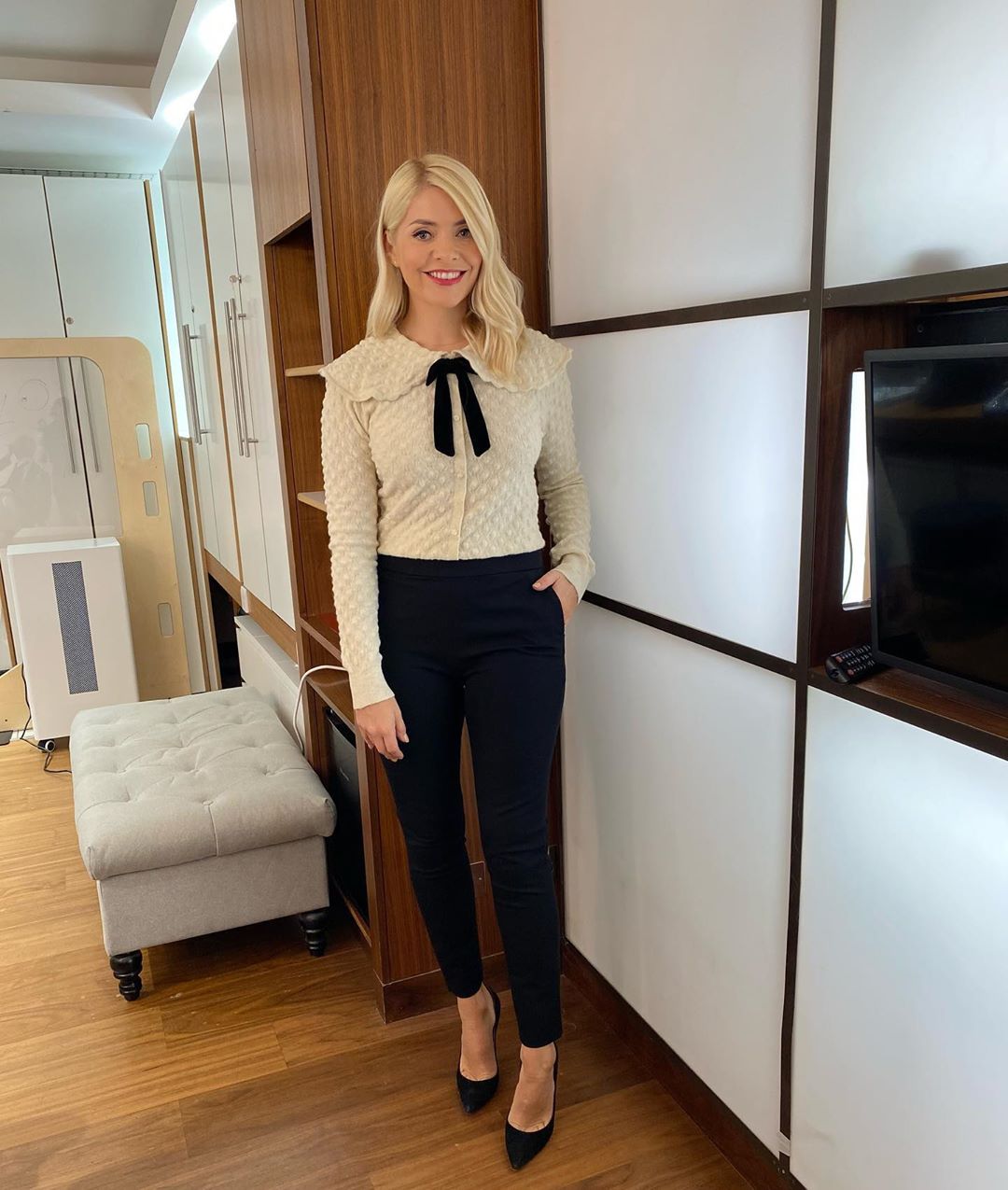 Holly is known for her glamorous and feminine dress sense.

Her signature hairstyle is perfectly polished waves worn loosely around her shoulders – and she favours a natural but glam beauty look, with defined eyes and rosy lips.

To add a more natural finish, Sinead then goes back in with Garnier's multi tonal babylights to reach each and every last strand.

This Morning fans often go crazy for copycat styles of what Holly has worn – and snap up her high street staples.

And Philip Schofield says that Holly's support when he came out as gay was "vital."

Plus Holly gave fans a glimpse of her garden in M&S fashion shoot.

12/07/2020 Fashion Comments Off on Where is Holly Willoughby’s outfit from today? Here’s what the This Morning star is wearing on December 7
Recent Posts