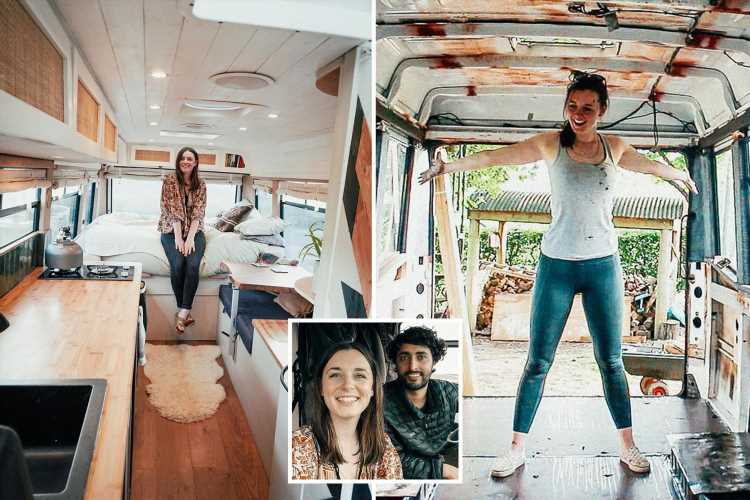 A HIGH-flying couple who quit the rat race to travel around the UK's 15 national parks living in a souped-up minibus, have cut their outgoings from over £3,500 to around £250 a month.

After meeting online in 2018, graphic designers Charlie Osman, 28, and Josh Akhtar, 29, were going places – making enough money to rent a £1,600 a month flat together in the shadow of London's famous Tower Bridge. 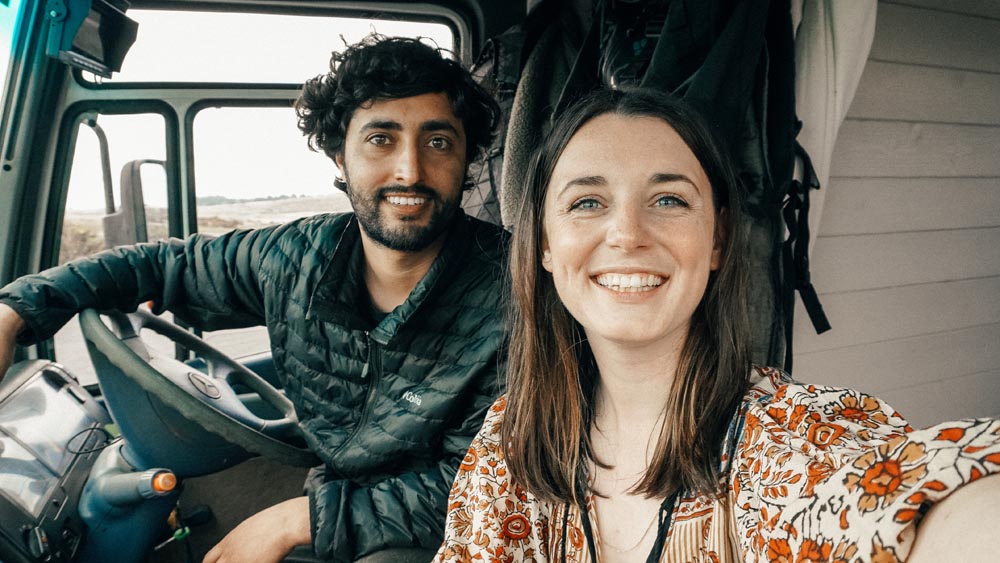 But, instead of dreaming of corporate success and exotic holidays, the pair longed to live in a campervan – finally realising their dream in October 2020 after a sponsor spotted them on social media and funded their national park challenge.

Charlie says the meagre cost of their new life means they are financially and spiritually better off, adding: "Life is richer this way and we love it.

“We already lived in a studio flat, so we thought there wouldn’t be a huge difference living in a bus.

“Our life in London sort of flatlined, it was almost too easy. I think the highs and lows of living on the road really add something. 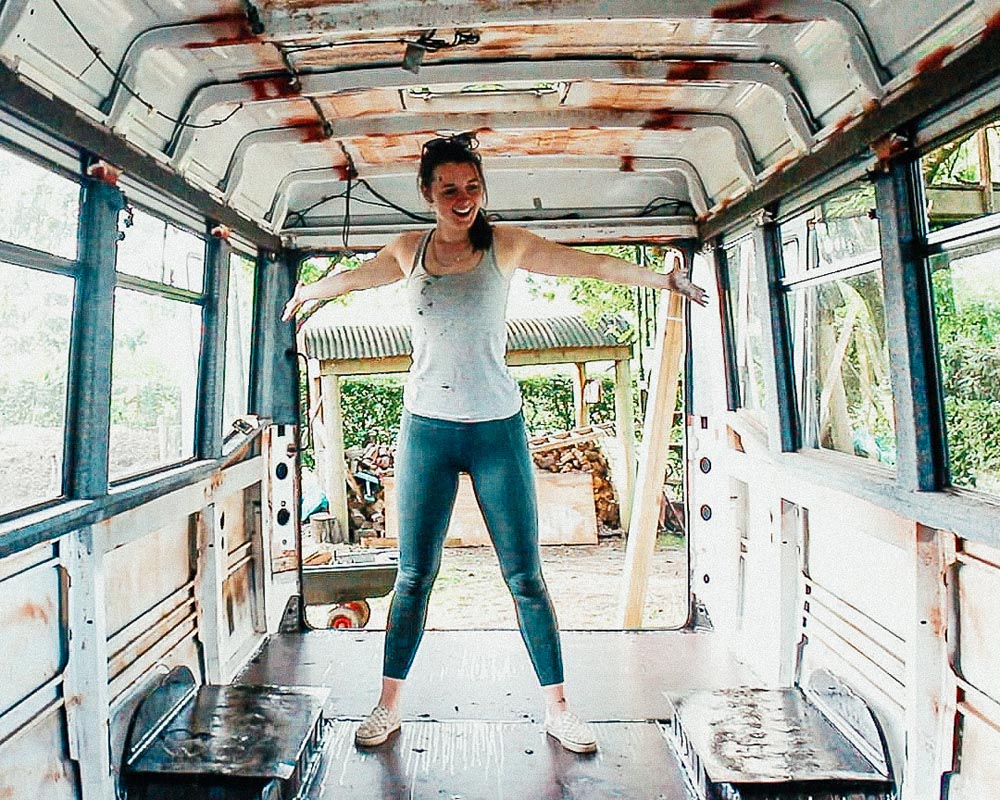 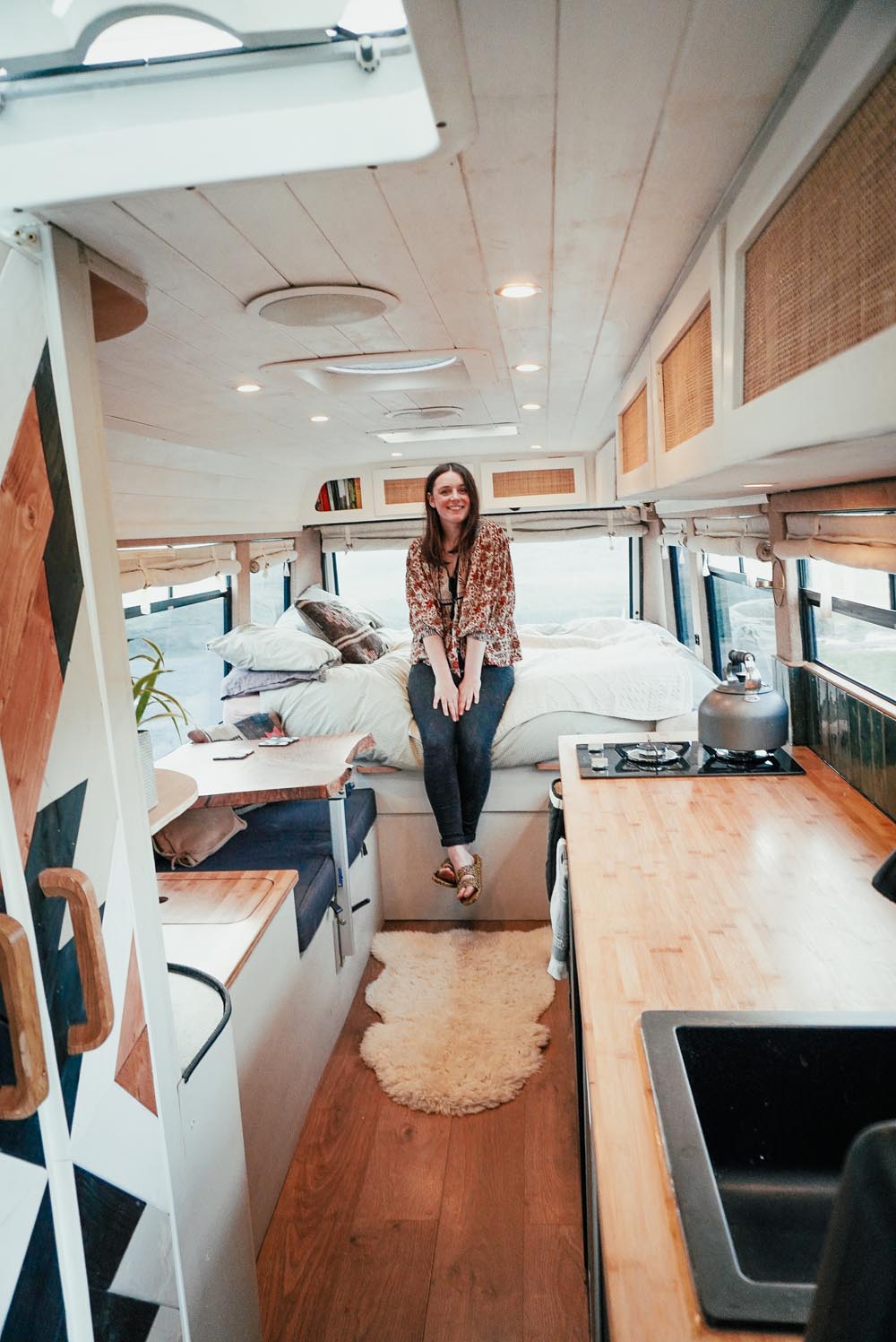 “There are amazing moments that we would never get working in London. We get a to kite surf after work, while sunset hour is amazing. We have a beer on our roof deck and watch the sunset.”

The couple met on dating site Bumble in December 2017 and moved in together five months later. While the pair enjoyed life in the city, they both shared the dream of travelling the open road in a campervan.

“I mentioned that I wanted a campervan and Josh was instantly excited, as he also dreamed of getting one,” said Charlie.

“I think at the time it was a bit weird for our friends that we just wanted to get a campervan and drive away, but we're really outdoorsy people.”

The couple bought a 2001 Volkswagen T4 van for £2,000 and in January 2020 quit their jobs to travel around Europe – but their plans were put on pause by the pandemic. 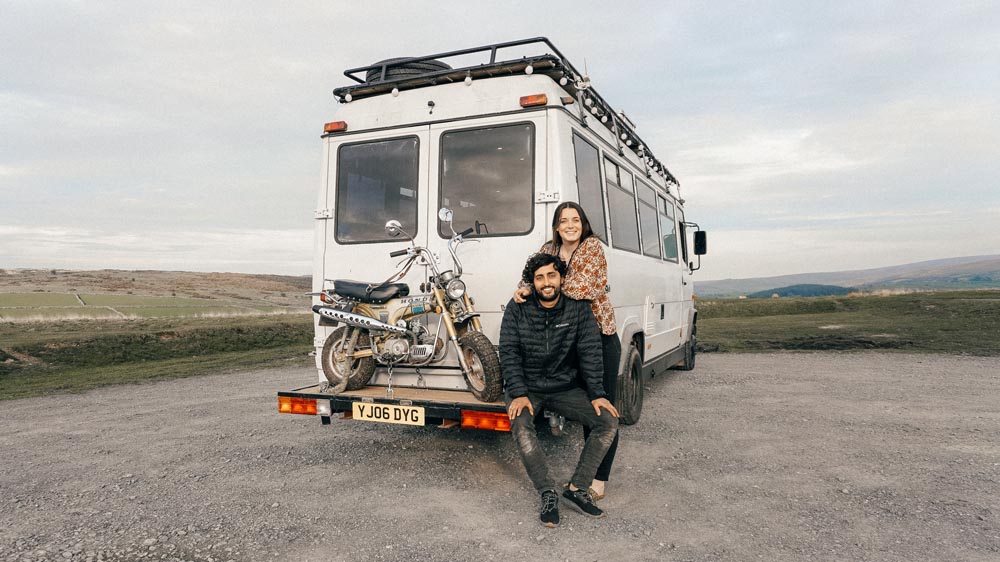 Charlie added: “I think we realised we could never afford a house in London.

“Our life was kind of stagnated and we were ready for a change. It was such bad luck, we literally handed in our notices and then Covid hit.

“There was no way we could have known what was about to happen. As the government announced a national lockdown, we got really nervous. So, we had to request our jobs back and pause our adventure.”

Despite the pandemic, in May 2020 the couple bought a £4,500 2006 Mercedes-Benz Vario 614D minibus in Weston-Super-Mare, Somerset, and began renovating the vehicle.

“We still have the T4 and we've loaned it to our family, so they can get a taste of van life,' said Charlie. 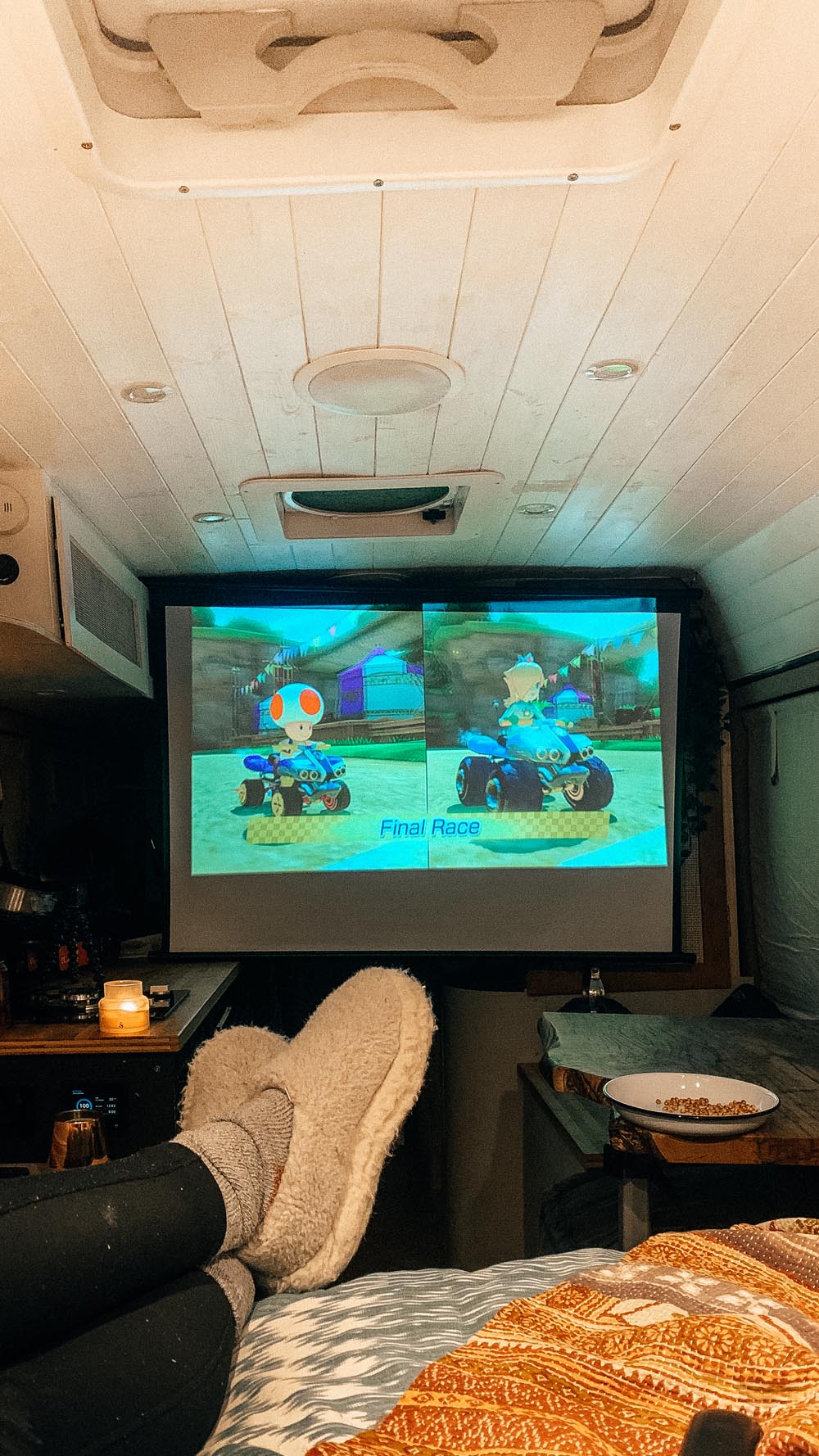 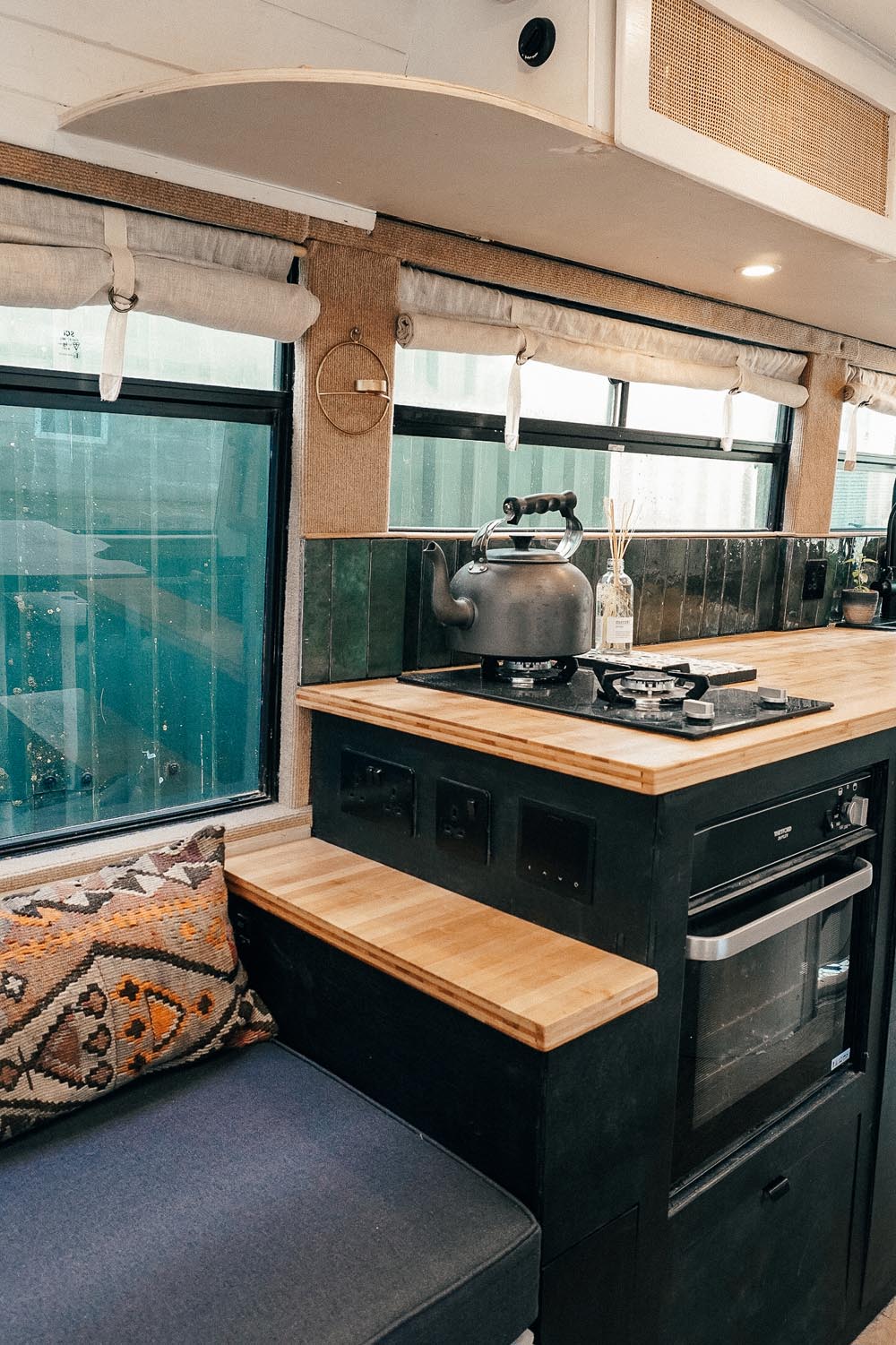 “We decided to go bigger and got a 16-seater minibus with a lift in the back. But when it arrived, we realised just how big it was.

“We took it to Josh's parents' garden in Kent. We left the flat a week before the pandemic started and they kindly let us renovated it in their garden.

“We were a bit naive and thought we'd get it refurbished in three months, but it was a much bigger project.

“We had a deadline to go fully remote with our work and move to Falmouth in Cornwall in October 2020, as we had a really good deal through a friend to rent a field.”

The couple moved in to their van in October, despite still having plenty of work to do.

“We learnt a lot about van living between October and May,” said Charlie. 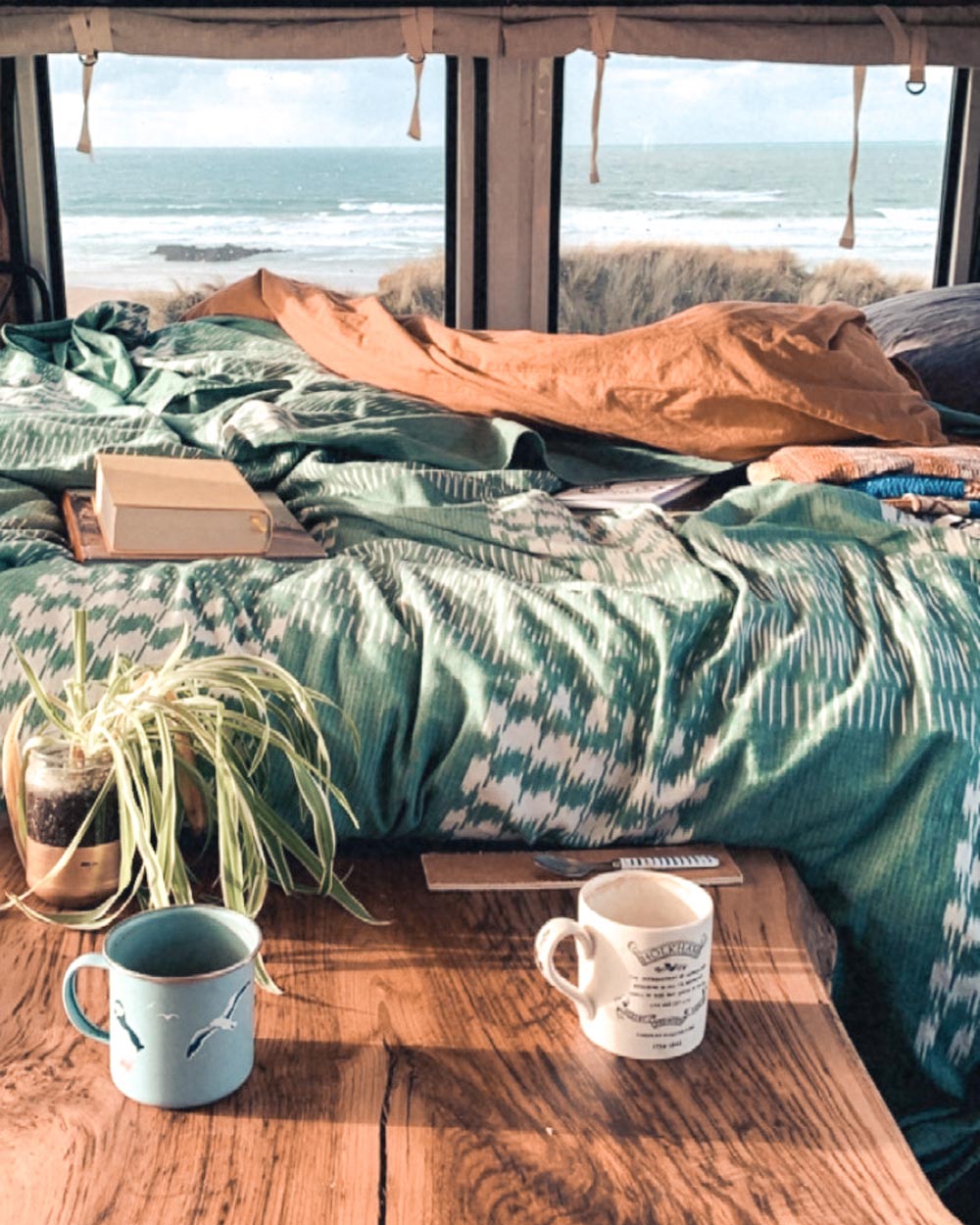 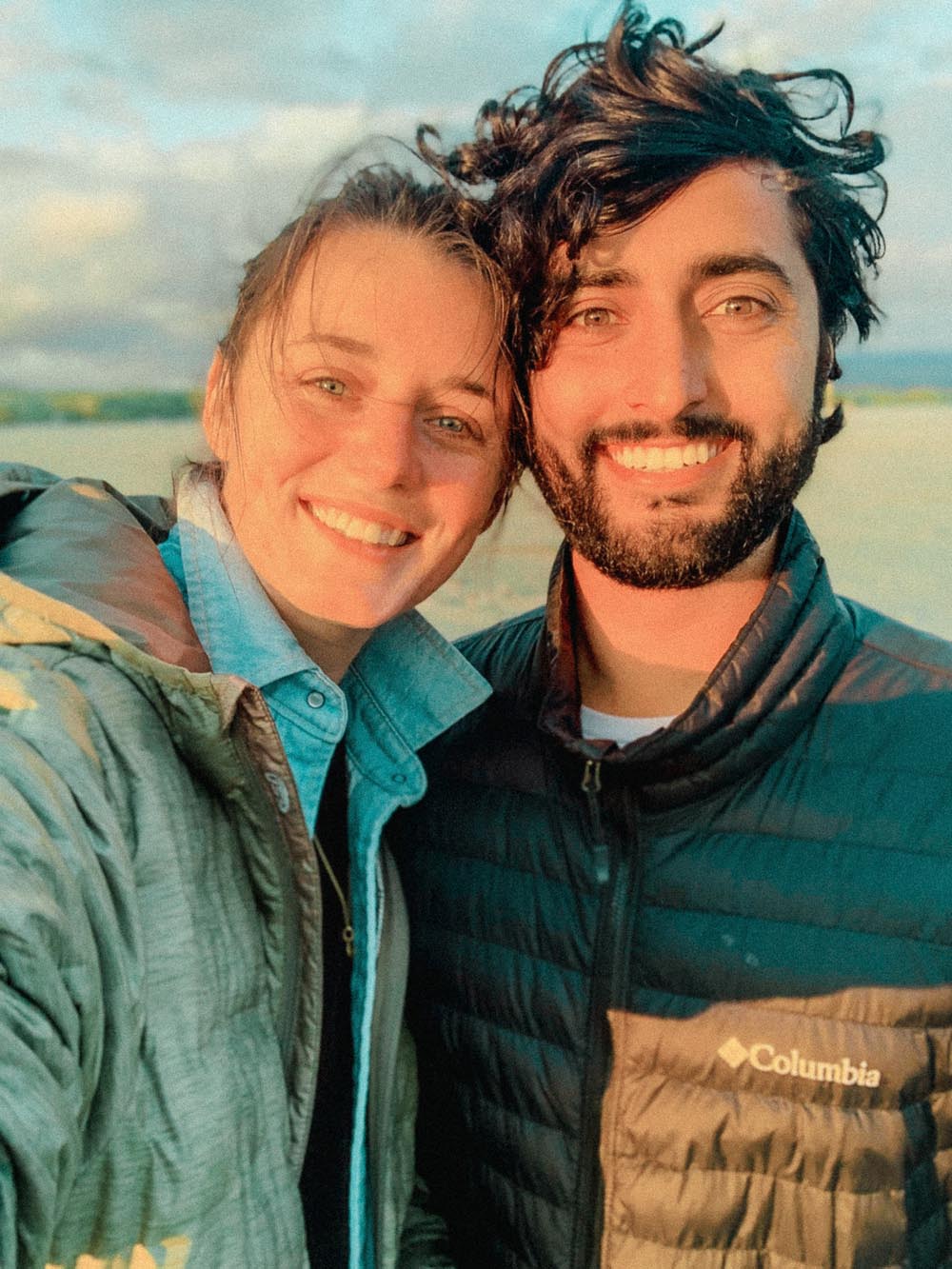 “It rained for the first three months in Falmouth. We had moments where we just thought, 'What are we doing?' It was really hard in the cold weather.

“But it made us determined to get the van finished. we had the basics, like a bed but we didn't have a shower, we had to shower outside every night.

“And, over the next seven months, we freelanced in our usual profession for three days a week and then worked on the van until it came together – finishing everything in May 2021. Now it really feels like home.”

Honing their DIY skills, the couple also fitted a working bathroom, complete with toilet and shower, a double bed and even a kitchen, creating a luxurious home on wheels in the minibus – spending roughly £15,500 on renovations.

“It's really luxurious compared to other vans. We've got instant hot water and we've got quite a large amount of fresh water,” said Charlie. 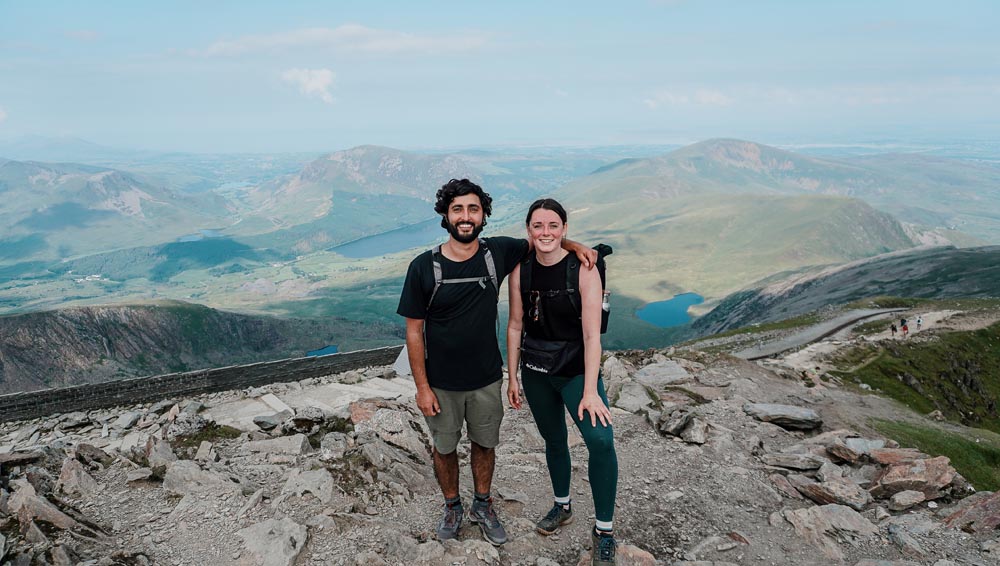 “We've got a full-size double bed with a normal household mattress on. We've got an oven or grill and a two-burner hob.

“Our fridge in the bus is much bigger than our fridge was in the studio flat in London. I think people wonder how we can live in such a small space, but we were already used to compact living.

“Living in the van is full of ups and downs, though. If we're driving, we'll have a flat tyre, or it'll be pouring down with rain and we're just stuck in the van. But I think that's what makes us like it so much, as it's all an adventure.”

And with followers tipping 10,000 on Instagram and 8,000 on YouTube, the couple's antics were soon spotted by sportswear brand Columbia, who agreed to sponsor them if they completed a challenge to travel around all 15 of the UK's national parks in their van.

“We always thought about driving around Europe, but because of Covid it just didn't seem possible,”' said Charlie.

“Then Columbia challenged us to this drive and it's been fantastic to see the UK. I didn't even know there were 15 national parks!

“When we arrive at each park we take a photo and explore the amazing area in our Columbia gear.

“We also upload a YouTube video on our channel about each park. We started on the 28 May and we're working our way clockwise from Falmouth. So, we should have completed them all by September this year.

“We've currently visited Dartmoor, Exmoor, the Brecon Beacons, Pembrokeshire Coast, Snowdonia, and the Peak District. We've still got another nine to go and we're trying to do a park a week.”

Spending a fraction of their London outgoings, they are even managing to save, as they are now spending around £265 a month, compared to over £3,500 when they rented their studio flat.

Josh adds: “Since moving to the van everything has peaks and troughs. You have these amazing moments coupled with terrible moments. But it makes it all much more exciting.

“It's been amazing travelling around the parks. Sometimes we miss the routine of normal life and the daily chores are a lot harder than they were in the studio flat.

“But that's part of the experience and it's truly amazing. We now have Friday and Monday off along with the weekend for exploring and having fun. We're really figuring out a work life balance and its making everything so enjoyable.”

07/09/2021 Fashion Comments Off on We’ve saved £3.5k a MONTH by swapping our flat for a van, we shower outside & don’t have a proper loo but it’s worth it
Recent Posts