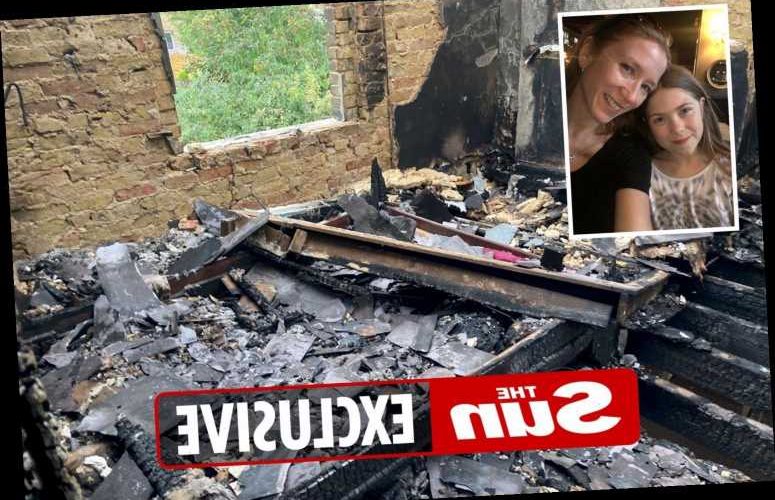 A FAMILY whose home went up in flames after a battery charger exploded has warned of the dangers of leaving electrical equipment charging overnight.

Teila and Andrew Firth, and their two children, narrowly escaped with their lives after a battery charger caught fire in the middle of the night. 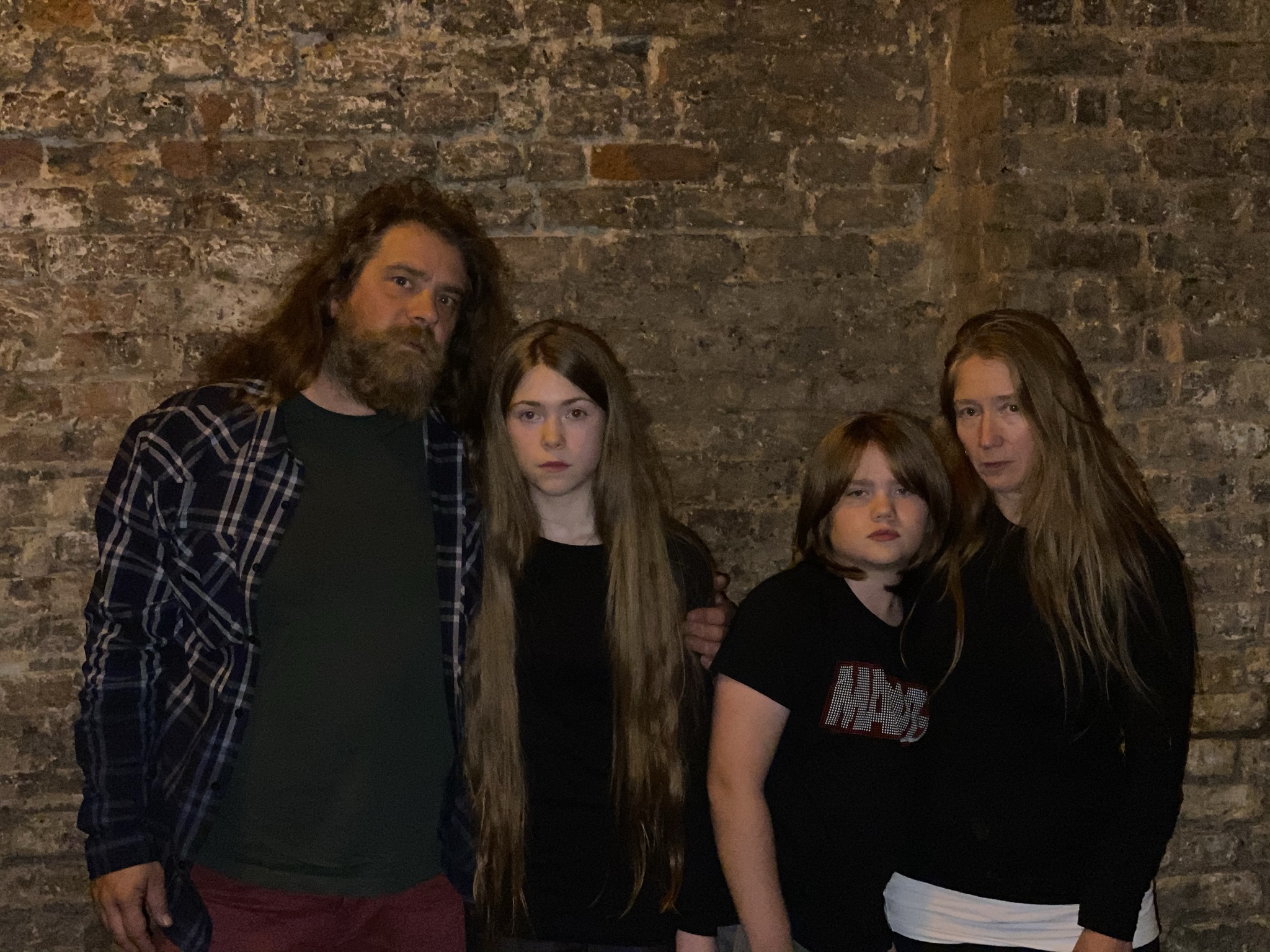 The couple lost everything in the blaze at their house in east London, on September 15, 2020, but Teila, 53, says they feel lucky to still have each other.

She said: “To anyone reading this, I’m begging you, please don’t leave phones, cameras or other electrical equipment charging overnight.

“It’s such a simple thing and many of us do it but it could kill you.”

The day of the fire Thursday evening in the Firth household with Andrew cooked a curry for Verity, 14, and Fabian, 11. 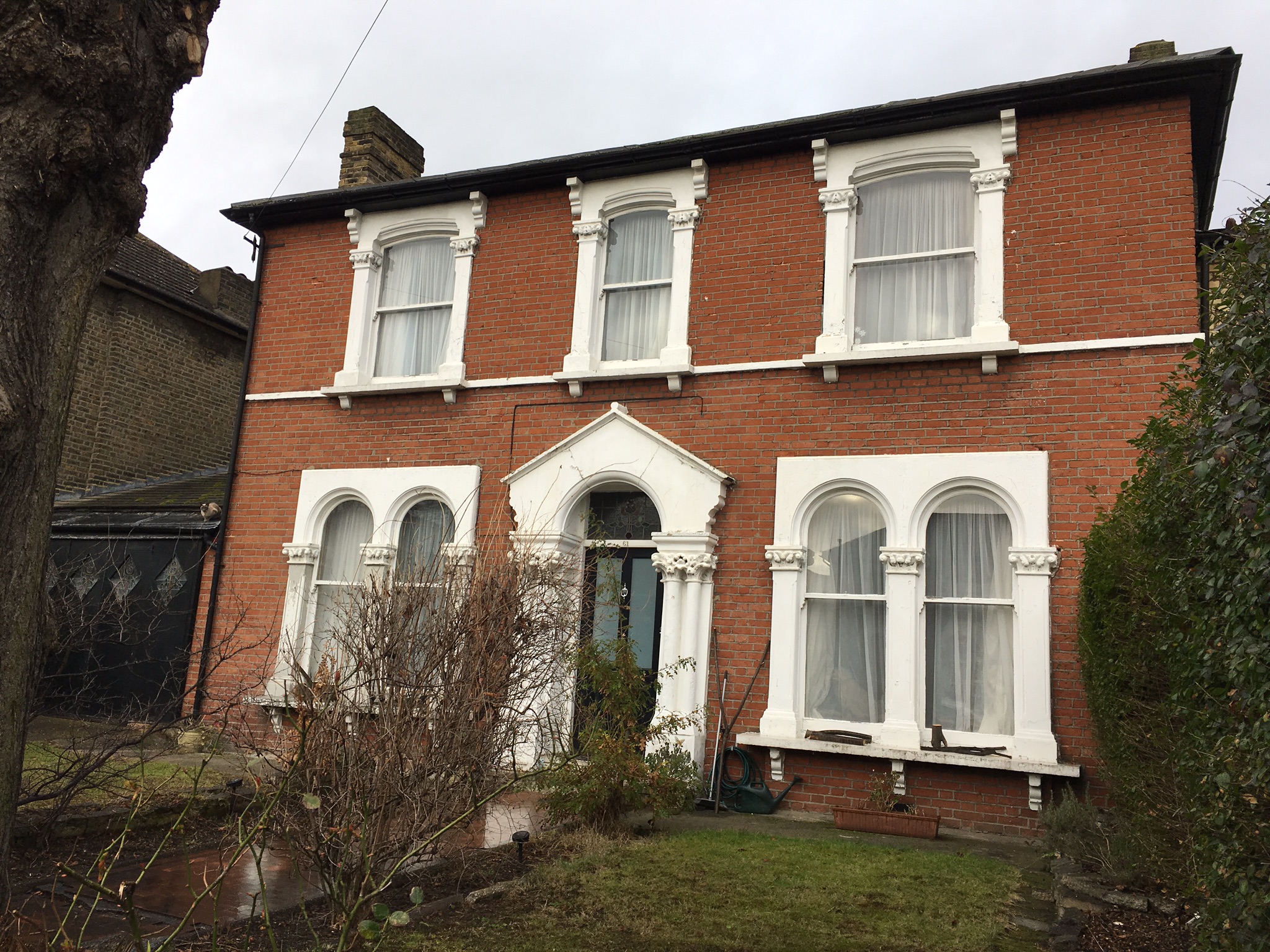 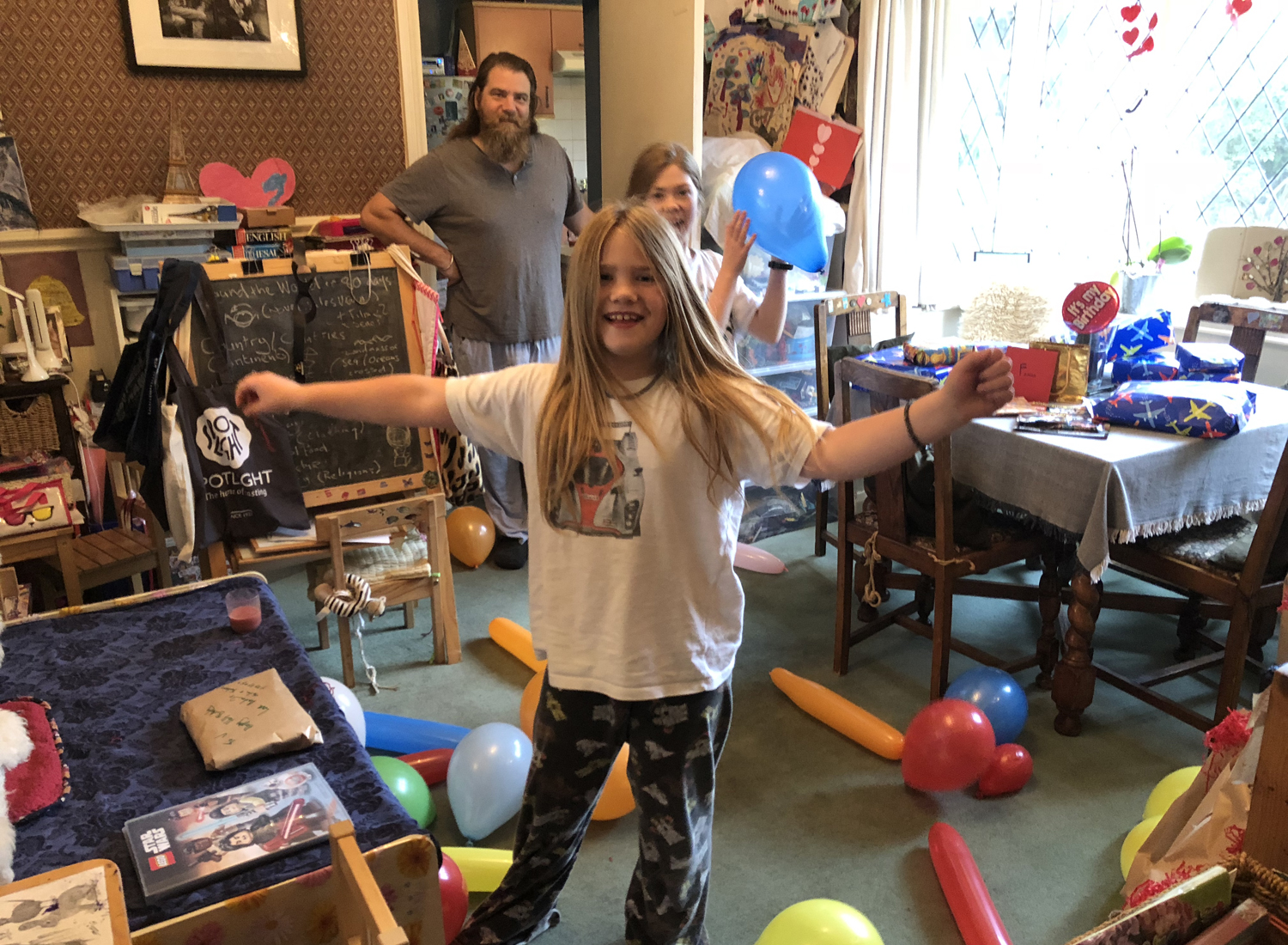 After dinner the family watched an episode of Poirot before getting ready for bed.

Teila, Verity and Fabian went upstairs around 9.30pm, leaving Andrew, a photographer, downstairs in his office.

Verity settled with the family cats, Willow and Cordy, purring at the bottom of her bed, meanwhile Teila nodded off in Fabian’s room after staying with him to watch a bit more TV.

She said: “The next thing I knew I was being roused from a deep sleep by the sound of something beeping. I realised Andrew was shouting me and the smoke alarm was going off. 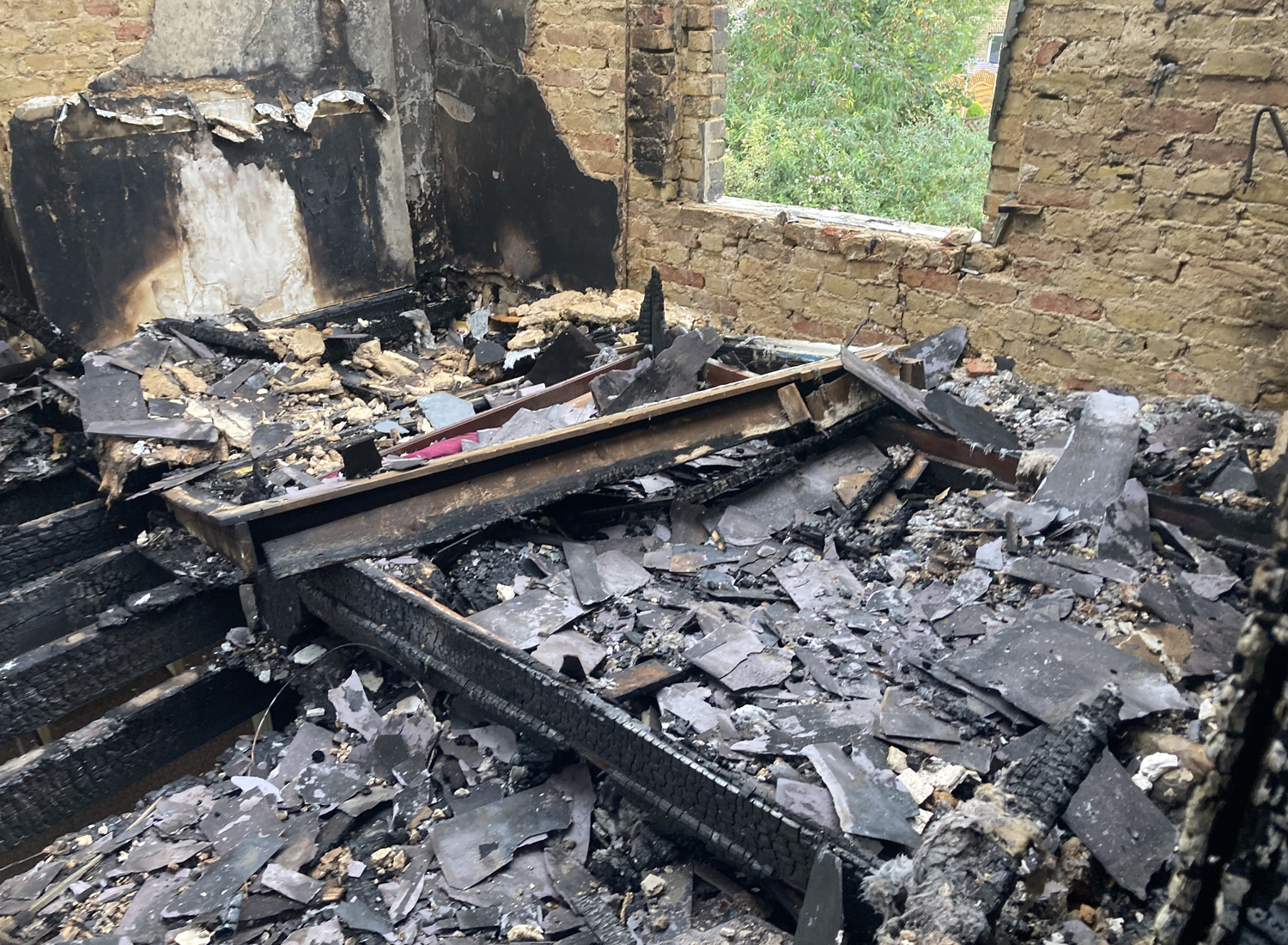 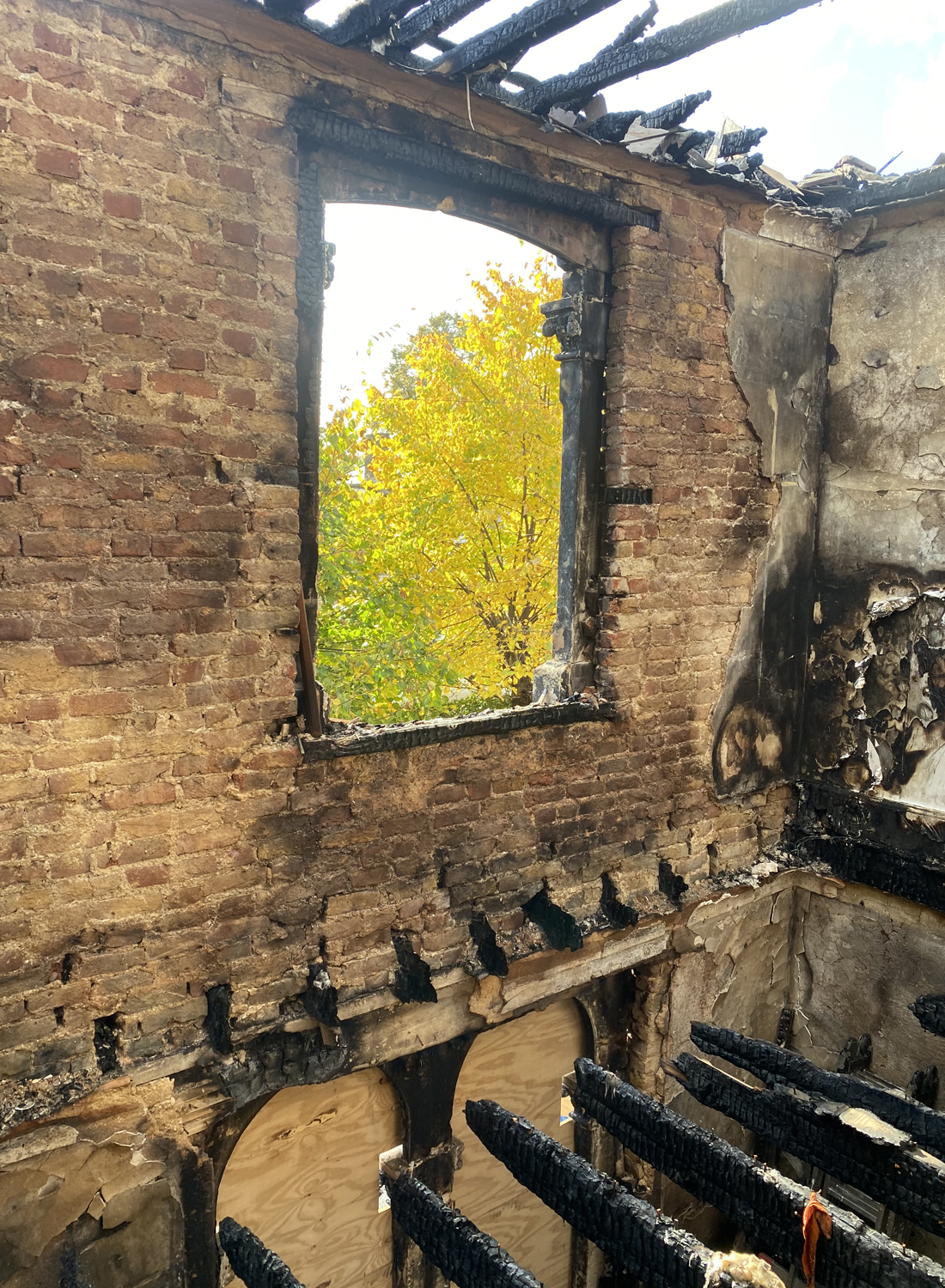 “I stumbled out of bed, but it was only when I opened Fabian’s bedroom door that I realised how much danger we were in.

“The hallway was full of black smoke, so thick I couldn’t even see the doors to the other rooms.”

Teila woke the children, but by the time she got back out onto the landing the smoke was so thick they were struggling to breathe.

Verity ran back into her bedroom in fright and threw open the window, while Fabian slumped to the floor by Teila’s feet. 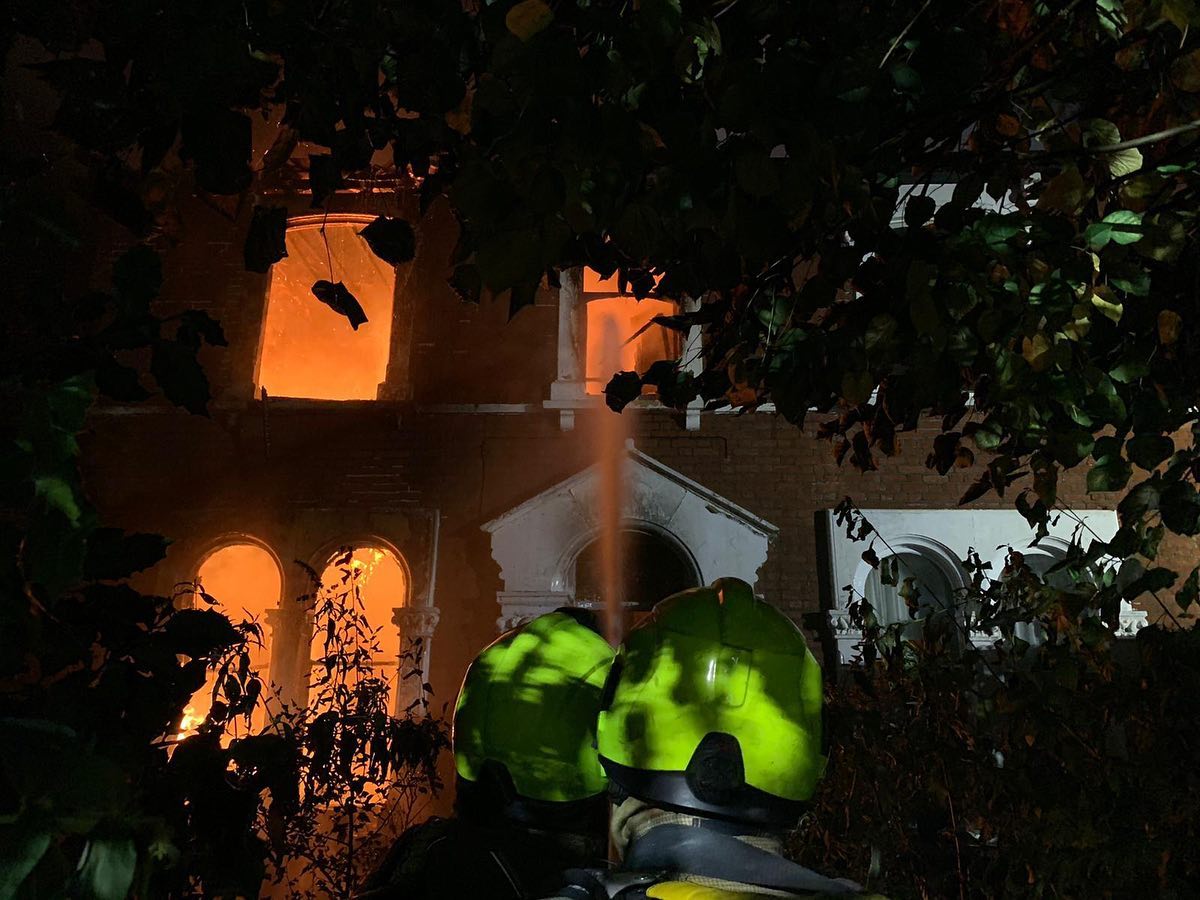 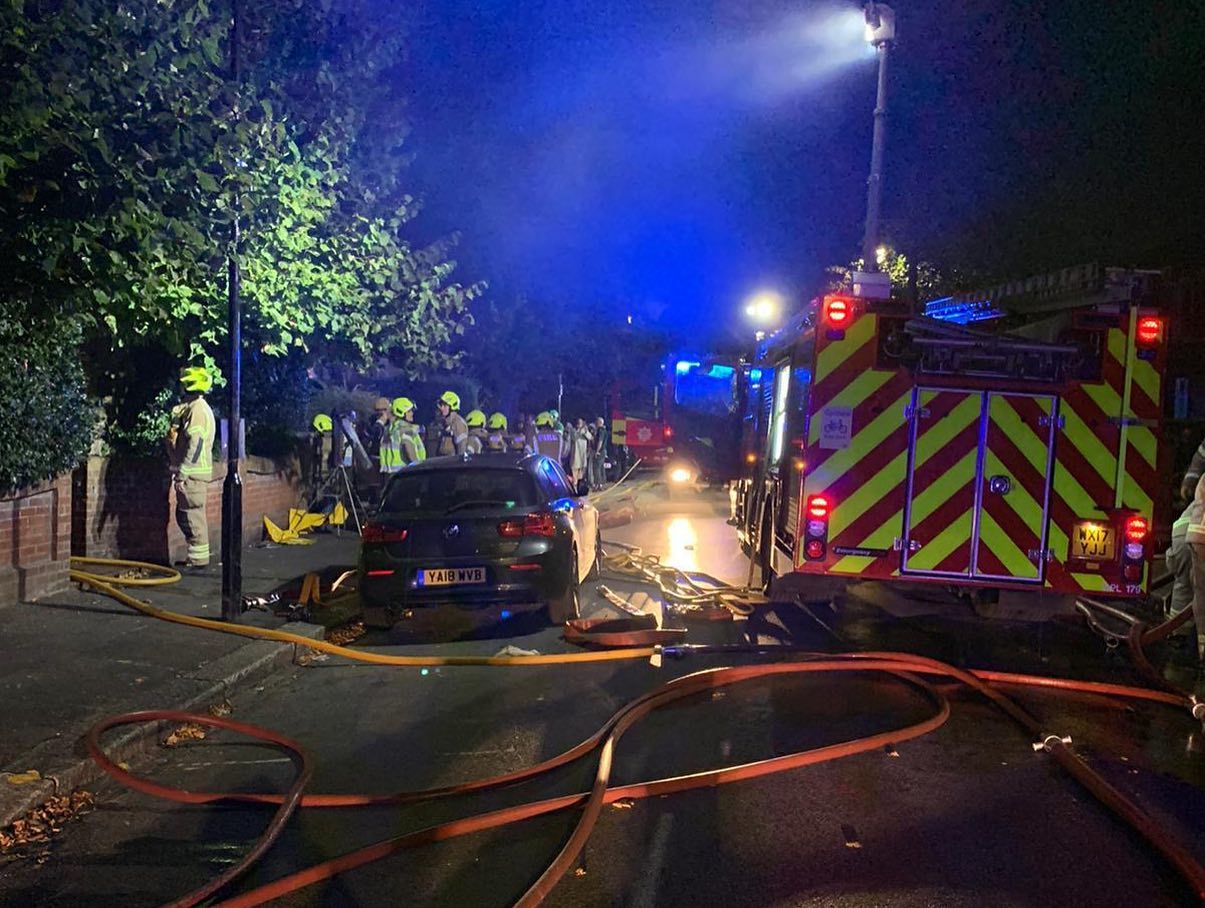 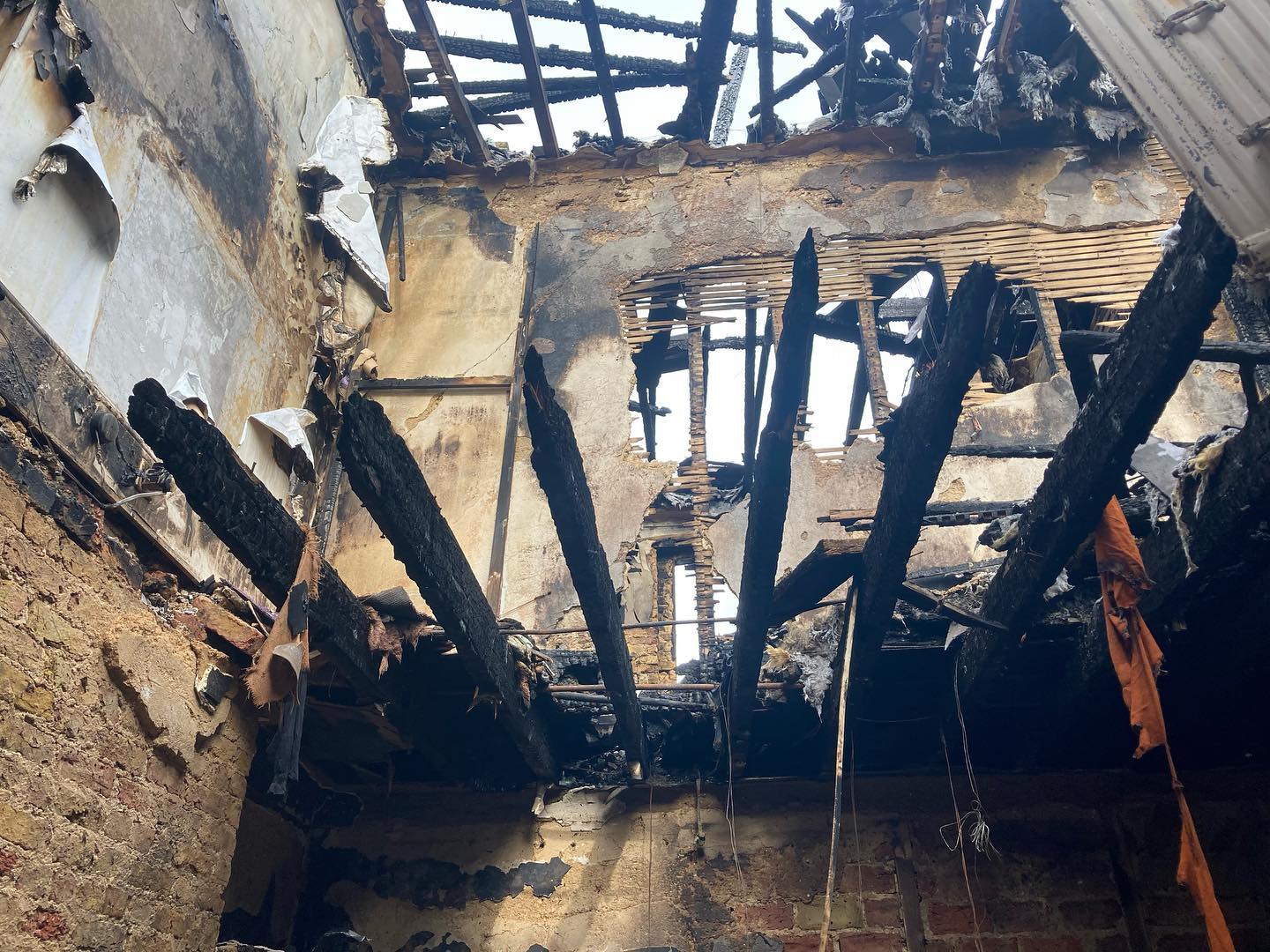 “I honestly thought that was it, we were going to die,” said Teila.

“There’s a window at the top of the stairs so I hauled Fabian up and pushed his head out of it so he could take gulps of air.”

Unbeknown to Teila, Andrew was frantically working to save his family. He had grabbed the hosepipe from a tap by the front door and was dousing a path to reach them.

“Suddenly I could see light at the bottom of the stairs,” said Teila. “There was Andrew with the hosepipe.

“He ran up the stairs, grabbed Verity from her room and together the four of us made it down and out the front door, into the fresh night air.

“Andrew was on his knees on the front lawn, retching up this vile black liquid. Verity and Fabian both had bleeding feet from running through glass as our windows shattered in the heat.”

The family dogs also managed to escape the flames, but tragically the cats were still inside.

“A neighbour threw a coat over my shoulders,” remembered Teila. “By this time the flames were snaking up the walls and engulfing the roof. 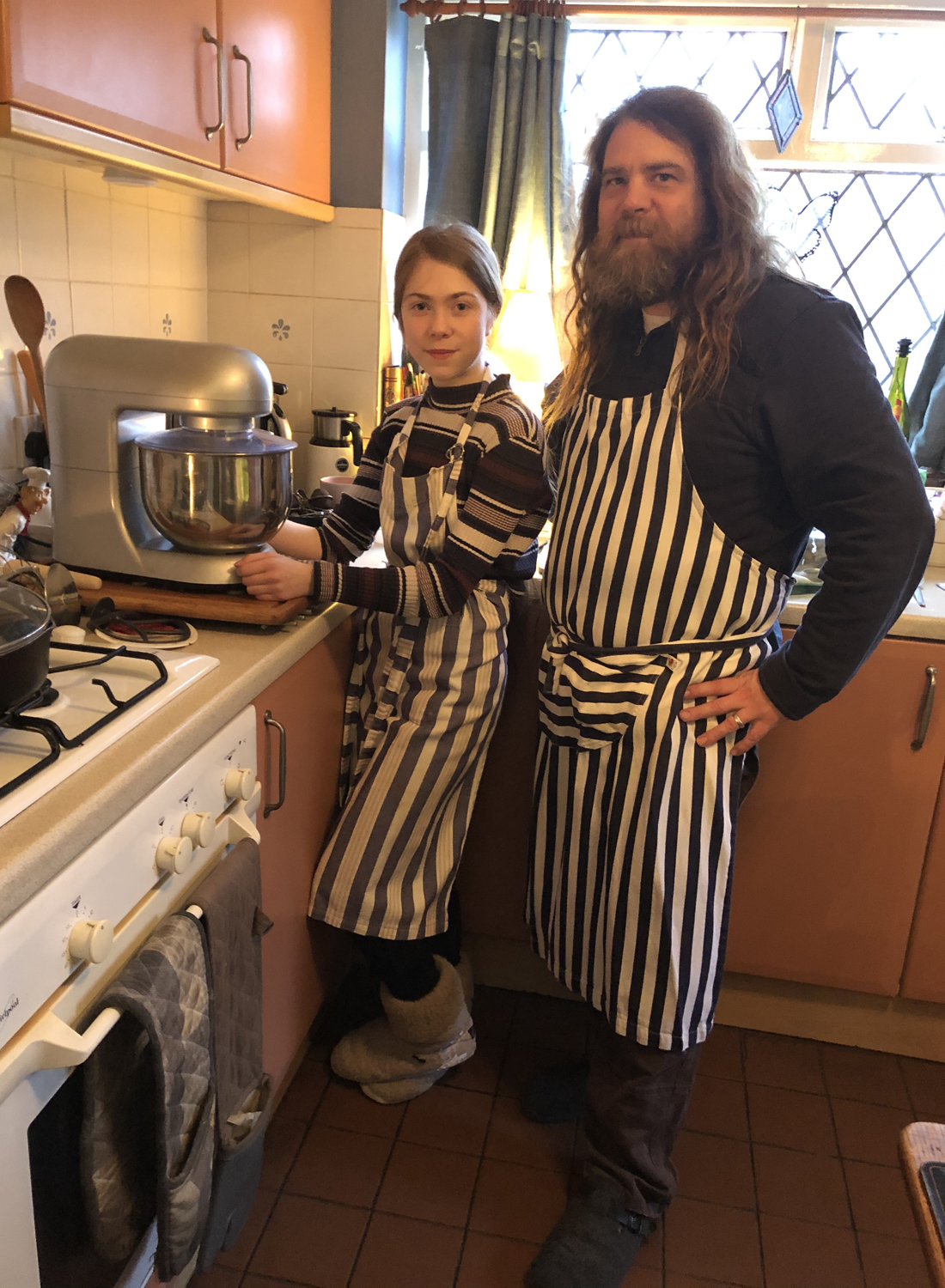 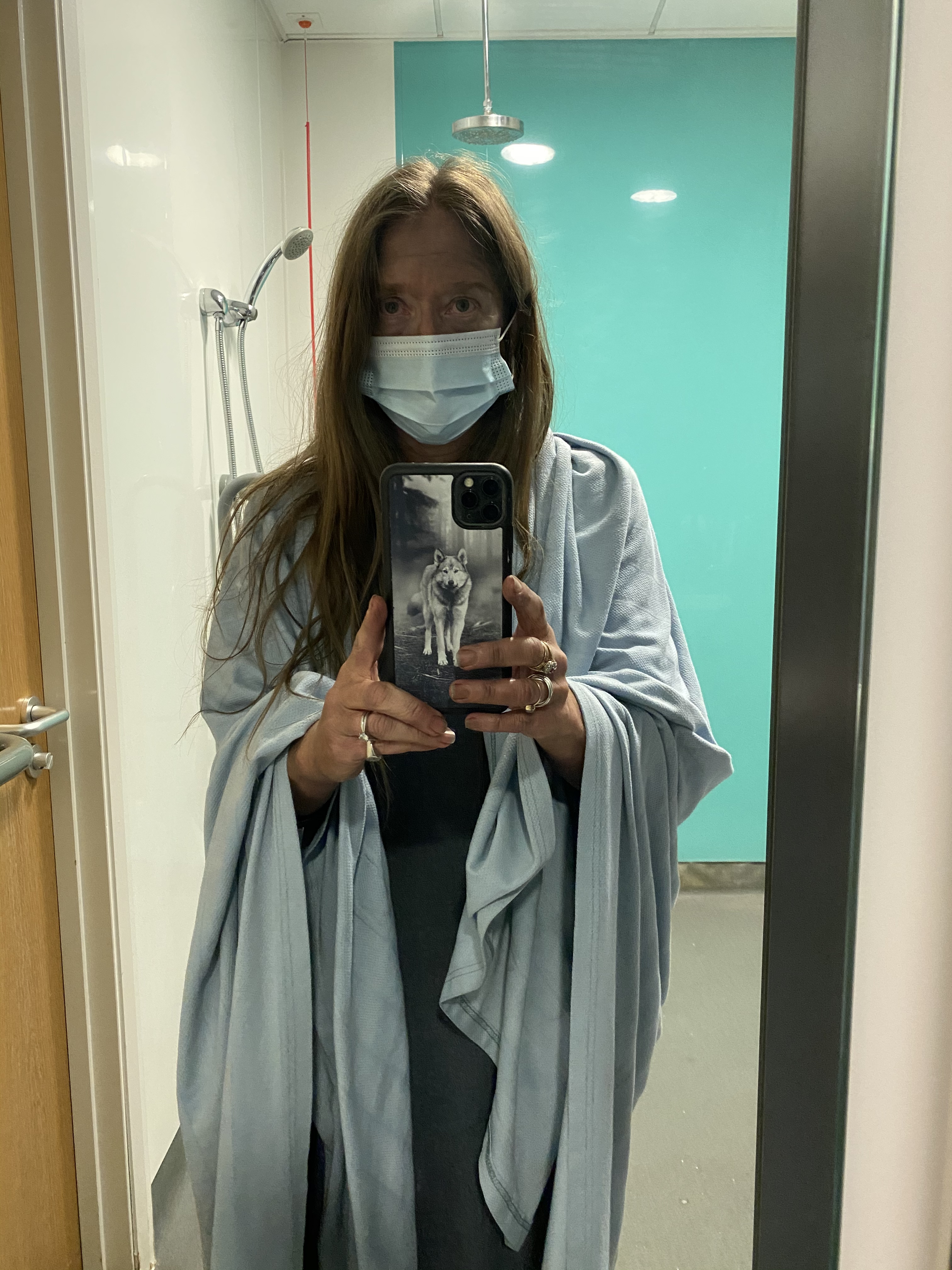 “It took the fire brigade 90 minutes to bring the blaze under control. We watched in anguish as our beautiful home burned down.”

The family were taken to hospital, where they were treated for the effects of smoke inhalation and the cuts to their feet.

The fire started about 1am on September 16 and had been caused by a charger for Andrew’s camera flash gun, which he plugged into a socket in his office to charge overnight before heading upstairs.

“It was brand new, it had only arrived that morning,” says Teila. “He’d been woken by the smoke alarm and dashed downstairs in time to see sparks flying off the charger.

“It happened so fast – literally within seconds the room was on fire.”

London Fire Brigade was called to three fires caused by batteries or battery chargers every week last year, and has already attended 30 such incidents in 2021.

A spokesperson from the brigade said: “Lots of electrical devices, like phones, laptops and cameras, are powered by lithium-ion batteries. These are mostly used safely on a daily basis, but batteries can present a fire risk if they’re over-charged, short circuited, submerged in water or damaged.

“Never use a charger if it shows any signs of damage or appears to be not working properly. You should also take care not to overcharge your product. Turn off your charger and disconnect it once your item is fully charged.

“It’s really important that you use the correct type of charger for your product. Chargers advertised as genuine on online shopping or auction sites may not always be authentic. They also might not have the right power output, potentially damaging your device and causing a fire. Buy from reputable retailers that you can trust where possible and always make sure electrical appliances have a British or European safety mark.”

The family are now trying rebuilding their lives and have just moved into a new home in south London.

Their two cats perished in the blaze and afterwards they discovered after the fire that their home insurance had lapsed.

“It had been due for renewal earlier in the summer but Andrew’s dad had died and he’d filled out the direct debit form with one digit unreadable,” said Teila.

“We had neither buildings nor contents insurance at the time of the fire. We were left with absolutely nothing – even our passports and bank details had been frazzled to a crisp. 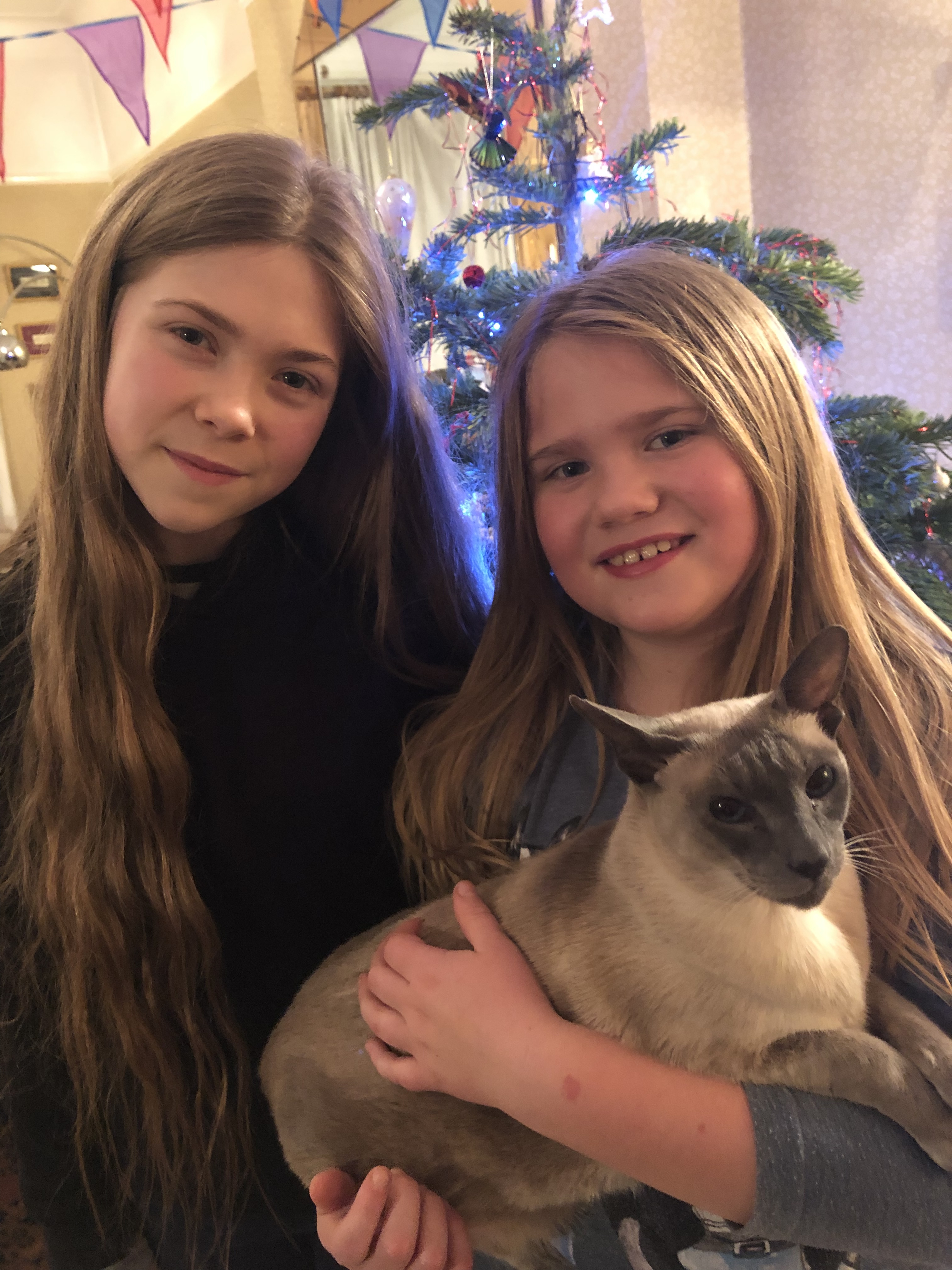 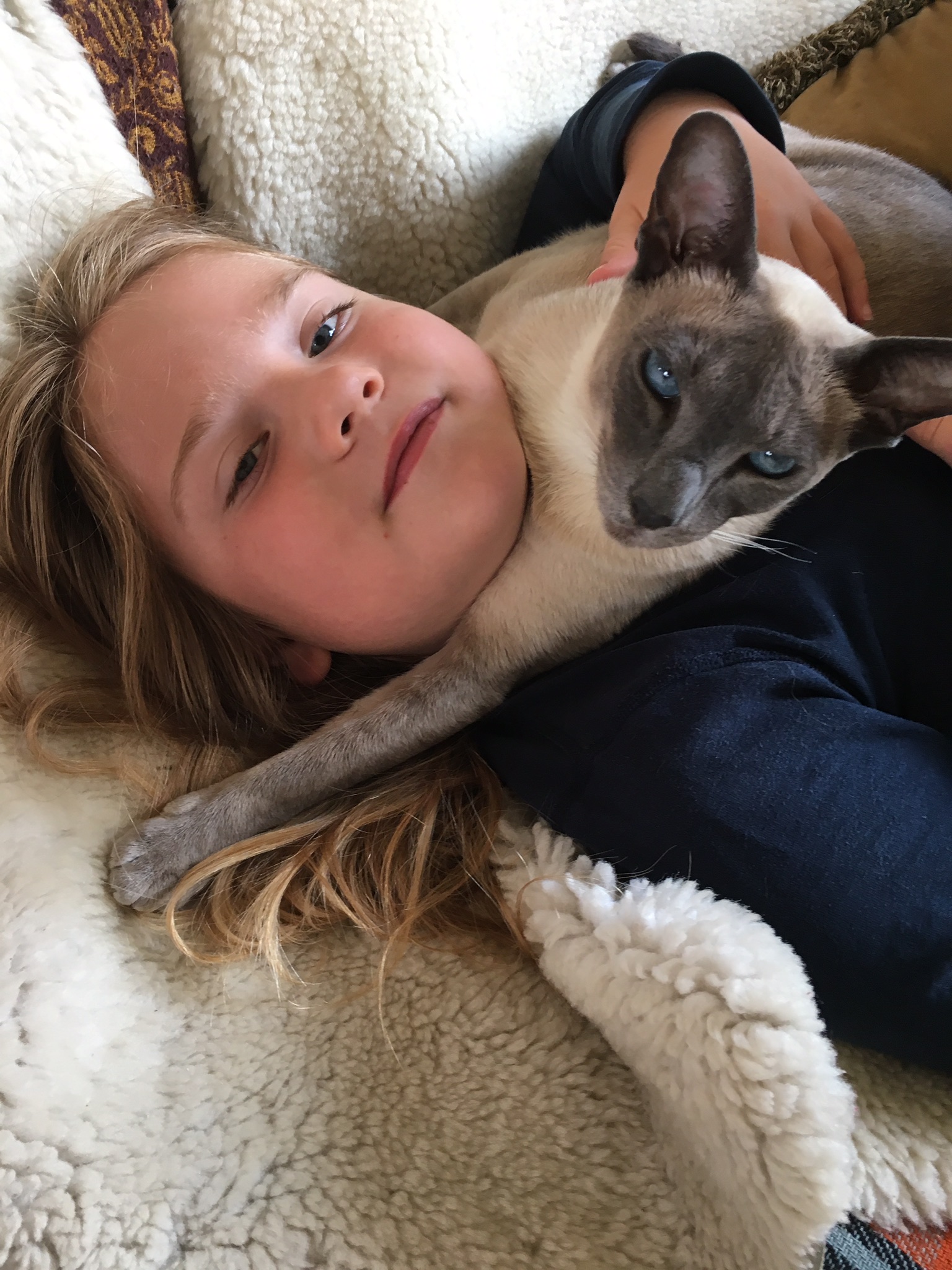 “Our friends and family rallied round, donating clothes and toiletries. For days afterwards every time I took a shower more black soot seemed to seep out of my skin.”

Friends of the family ran a fundraising appeal to help them get back on their feet.

Teila added: “The good that has come out of this has been amazing, the love we’ve been shown and the support we’ve had has been completely overwhelming.

“We lost absolutely everything – apart from each other. But we came so close to death that night that nothing else really matters.”

The fire is believed to have been caused by a Godox Battery Charger which was plugged into a Godox PB960 power pack.

The family are now pursuing a claim for compensation against the maker of the charger, Godoxstudios, and eBay, where they say they bought it.

We were left with absolutely nothing – even our passports and bank details had been frazzled to a crisp.

Legal firm Leigh Day confirmed it is investigating the cause of the fire to see if the Firths “have any legal recourse” and says the remains of the charger and battery pack are “awaiting CT scanning”.

Leigh Day partner Thomas Jervis said: “It is really devastating to see a family lose their home and everything in it in a fire. We are hoping that we will be able to find a remedy and get this family back up on their feet as soon as possible.

“Pressure is increasing on online marketplaces to take responsibility for all products for which they provide an online shop window.”

A spokesperson for eBay told Fabulous: “We’re very sorry to hear what happened to Mr Firth and his family. We’ve responded to the family’s legal representatives, informing them that based on the information provided to us, we have been unable to verify Mr Firth’s purchase of the power pack and we haven’t heard back about the status of the investigation.

“We can assure customers we have removed the items as a precautionary measure until we hear back.”

Plus this woman cleans tumble dryer for the first time in 25 years and is horrified by the huge mountain of lint.

And this woman says she torched her ex's stuff on their balcony after they split.