The words “tick tock” are as emblematic for describing a timepiece as “moo” is for a cow and “choo choo” is for a train. In a watch, the distinctive sound is produced when the balance wheel swings back and forth, engaging the gears that run it.

But some new watches do more than tick: They possess elaborate complications that echo the sound of a church bell, or a clock tower, or a symphony orchestra. Some even play Chopin.

When Carl F. Bucherer’s Manero Minute Repeater Symphony ticks off the time, it does so with the sounds of violins and trombones. “There are different notes,” explained the chief technical officer, Samir Merdanovic. “One is on the hour, one for a quarter-hour, and a third for minutes.” When asked what that actually sounds like, the chief executive, Sascha Moeri, gamely sang a few notes.

A better indication of the melody can be obtained by listening to a two-and-a-half-minute composition created by the Swedish composer Lisa Streich from the Lucerne Festival Orchestra in partnership with the watch manufacturer. The piece “contains all the musical elements you would find in the watch,” Mr. Merdanovic said. 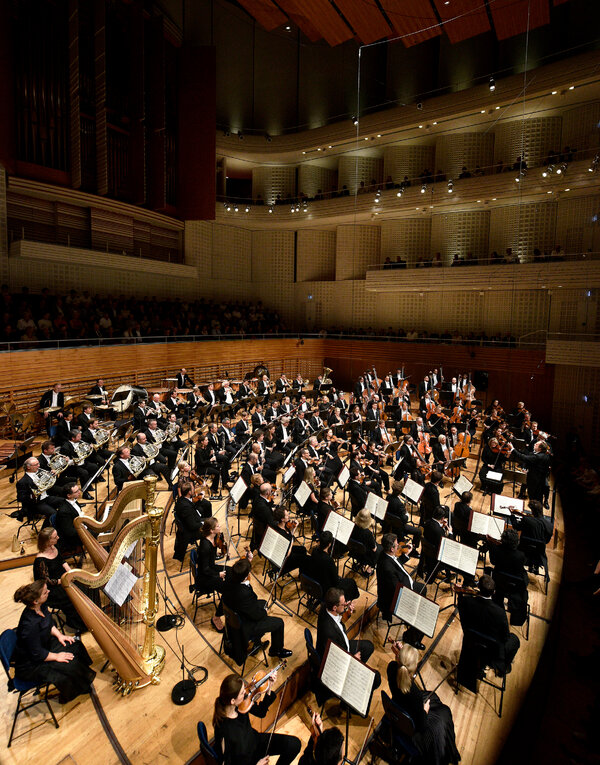 The watch’s musical sound is amplified by a specially designed resonator, like a speaker, crafted from the same spruce from the Jura Mountains along the French-Swiss border that is used to create guitars and violins, so that others can enjoy it as well as the wearer.

In April, the Watches and Wonders trade show and fair in Geneva was alive with music. Carl F. Bucherer’s symphonic watch was introduced there, as well as Bulgari’s Octo Roma Carillon Tourbillon. When Bulgari’s new watch sounds out the hours and the minutes, the wearer is transported to Westminster Abbey in London and its deeply resonant chimes.

The watch is the latest member of Bulgari’s Sinfonia della Meccanica series. The product creation executive director, Fabrizio Buonamassa Stigliani, explained that a sinfonia is an orchestral interlude in a large-scale vocal work in which the maestro coordinates all the instruments, just as a watchmaker coordinates all the components necessary to produce these highly complicated watches. Bulgari’s star sinfonia is the Octo Roma Grande Sonnerie Perpetual Calendar, which, Mr. Buonamassa Stigliani said, “requires up to 1,200 components and took years to develop and months to produce, each watch created by only one watchmaker, start to finish.”

Watches with a chiming mechanism are among the oldest complications in the watch world, going back centuries. “When watches were invented, there was no light to read the time by,” said Arnaud Nicolas, chief executive of L’Épée 1839. “So you would press a button and the chiming mechanism would indicate the hours and minutes.”

Producing a watch that can sound like the notes of an orchestra or chimes of an abbey requires a watchmaker with a high level of skill and experience.

“It’s one of the most complicated functions in watches,” Mr. Nicolas said. “You have to play with three different technologies: One, you have to indicate the time. Two, you have to create the noise as if you were building a violin or guitar. And three, you have to transmit the sound from inside the watch to outside.”

The sound produced is the result of the different sizes, shapes and materials used in creating the hundreds of various components, and the way they are all assembled. Mr. Nicolas listed some of the central components: the hammer or gong, bell, spring, tube and the case.

Clémence Dubois, chief product and marketing officer at Girard-Perregaux, explained how the placement of components affects the sound. For the brand’s Minute Repeater Tri-Axial Tourbillon, “we placed the minute repeater mechanism so the sound goes out of the front of the watch,” she said. “When you put the watch on the wrist, the sound isn’t blocked by the skin.”

The choice of material for the case affects its sound as well. “The material of the case impacts how sound resonates,” Ms. Dubois said. “Gold gives a warmer sound because it absorbs the sounds much more. White gold does not sound the same as pink gold because the different alloys have different weights. Titanium, with its high density, will give a more crystalline sound. These are details you can play with to animate the sound.”

Gongs make a difference at Jaeger-LeCoultre, too. In the just over 150 years the company has been making minute repeaters, “we have created more than 200 chiming calibers,” its chief executive, Catherine Renier, said in an email interview. “We have invented several mechanisms such as cathedral gongs which are longer than usual to provide a richer chime.”

Some watches produce actual melodies, thanks to teensy music boxes embedded in their movements. Frank Sinatra fans can listen to “Strangers in the Night” to their hearts’ content with Ulysse Nardin’s Stranger watch (it also plays 15 seconds of the spring concerto from Vivaldi’s “Four Seasons” for the more classically minded.)

The real pros of music-box watches is Boegli. “The Boegli family has been making watches since the 19th century,” the chief executive and managing director, Vitali Pavlov, wrote in an email interview. “One family member was a fan of music, and the other of watchmaking. They decided to combine these two components; as a result, Boegli musical watches were born.”

Watches can be customized, he said: “Each client can request any melody. Moreover, clients can choose case material and dial design, including hand-painted versions, measurements, even complications for a musical box.”

And then there is the sound of MB&F’s new LM Thunderdome watch. Its sound? Loud.

“It’s the craziest, biggest and fastest triple-axis tourbillon on the market,” said the chief communications officer, Charris Yadigaroglou. “The mechanism is so fast and so big, and there are so many moving parts, it creates a lot of sound. In a quiet environment you can’t miss it. Our clients tell us that they can’t leave it on their bedside table; it keeps them awake!”

The creation of sound, any sound, takes time. At Greubel Forsey, hours and minutes ticked away for 11 years before the company produced its Grand Sonnerie. Antonio Calce, chief executive and executive board member, ticked off some of the challenges behind the 935-part watch.

“On the one hand, we wanted to provide the loudest possible volume in a water-resistant case, which dampens the sound by around 20 to 25 percent,” Mr. Calce said. “We needed to find a way to augment the volume as much as possible. This we achieved by creating an acoustic resonance cage within the titanium case built on principles similar to those of stringed instruments. It took three years of dynamic testing to attain the sound quality we were looking for, but 11 years for the complete timepiece.”

Anyone interested in an inside look at how sounds are produced can sign up for one of Jaeger-LeCoultre’s new Atelier d’Antoine Workshops. “We are opening the doors of our manufacture to the public by offering interactive workshops we just developed,” Ms. Renier wrote. “They will take place in the heart of our maison in the Vallée de Joux, and will blend a more academical approach with hands-on experience. The first one is dedicated to soundmaking, an exclusive three-hour immersion into the different noises and sounds in the timepieces.”

06/18/2021 Fashion Comments Off on Watch Sounds Don’t Need to End at ‘Tick.’ How About Chopin?
Recent Posts