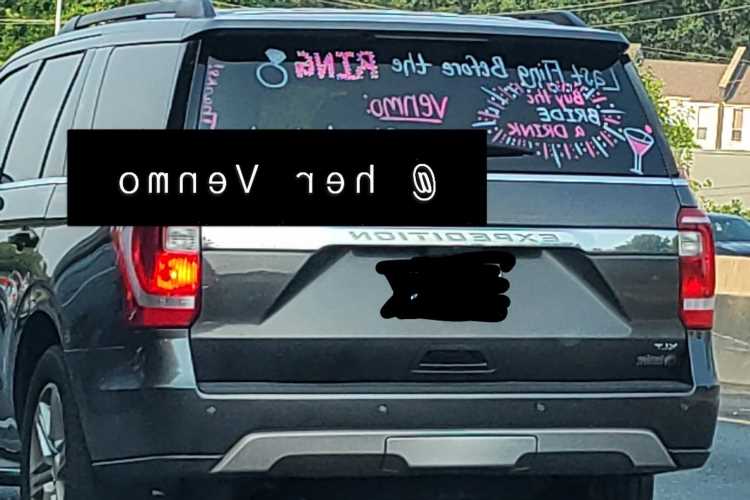 WHETHER you're in a bar, restaurant or nightclub, part of the fun of a hen party is letting EVERYONE know you're on a hen party.

But while it's not unheard of for kind well-wishers to buy the bride a drink, one bachelorette has been slammed online for "begging" for freebies. 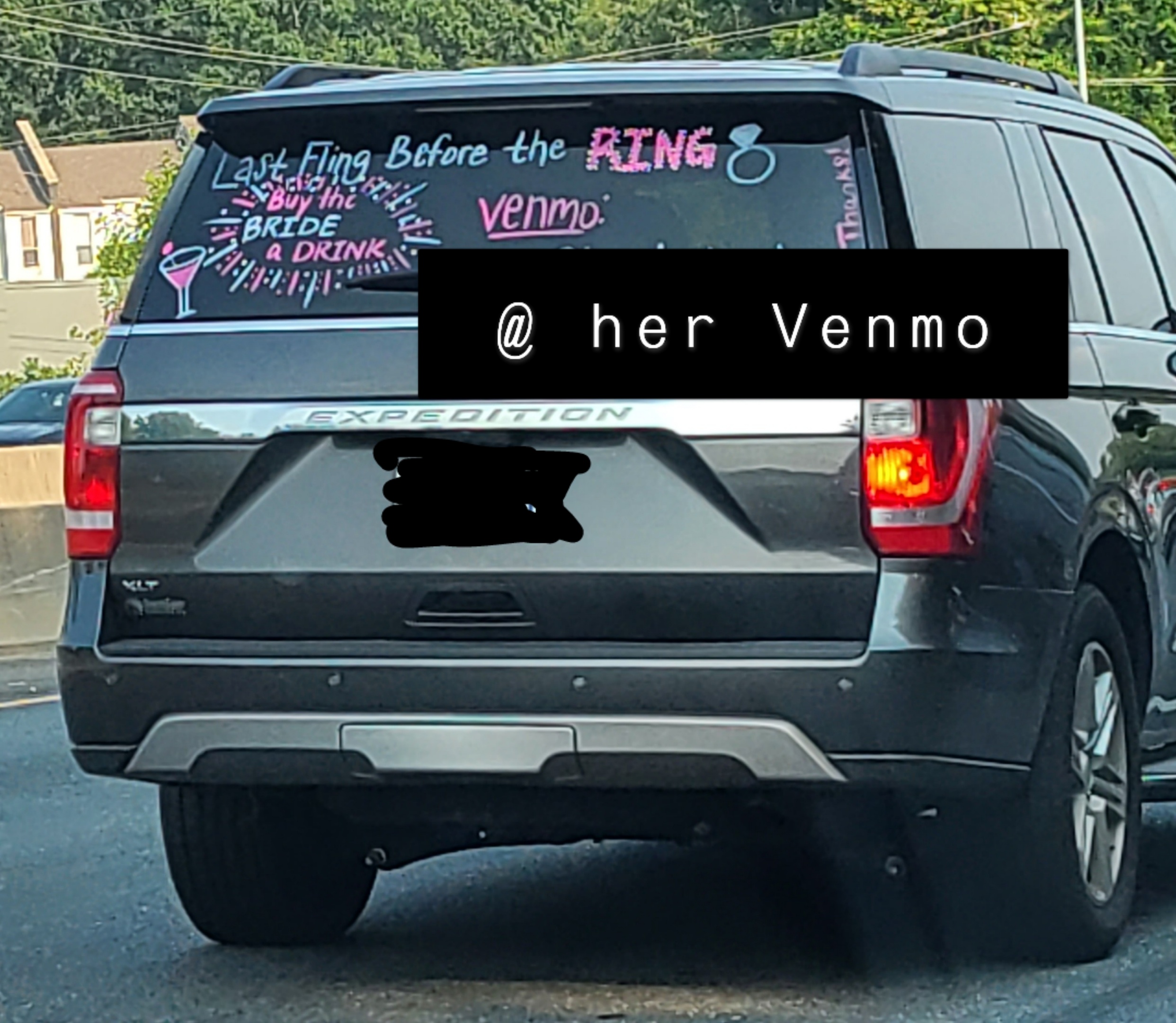 Inviting other members of the group to shame them, the woman posted a photo of the car carrying the hen party.

On the back of the black 4×4, the hens had written: "Last fling before the ring!

"Buy the bride a drink. Thanks!"

They then shared her Venmo account which allows people to transfer money via the phone app.

One outraged user replied: "I saw one of these for the first time in a disney shaming group this week. Ultimate in tacky!"

Meanwhile, another accused the hen party of "begging".

"We saw this on a bridal party’s sashes while on vacation a couple of weeks ago," a third wrote. "We requested money instead of sending it. The look on their faces was priceless."

That said, others thought it was a fun idea.

A fourth said: "I have no issue with this. I wouldn't do it personally but I also can't muster myself to hate someone just for trying to have some fun & pick up some drinking money along the way."

"This trend is growing on me," a fifth wrote. "At least it’s for a celebratory event!"

For more wedding horror stories, this bride ditched flower girl to have a ‘money man’ who showers guests with cash… & everyone’s saying the same thing.

And this woman wore a white maxi dress to her blind cousin’s wedding &didn’t see the problem because she thought she’d never know.

Plus this woman claimed her aunt hired a HITMAN to kill her grandma because she didn’t want her at son’s wedding.