Little Khadijah Araf was just weeks away from her third birthday when tragedy struck and she suffered fatal septic shock. 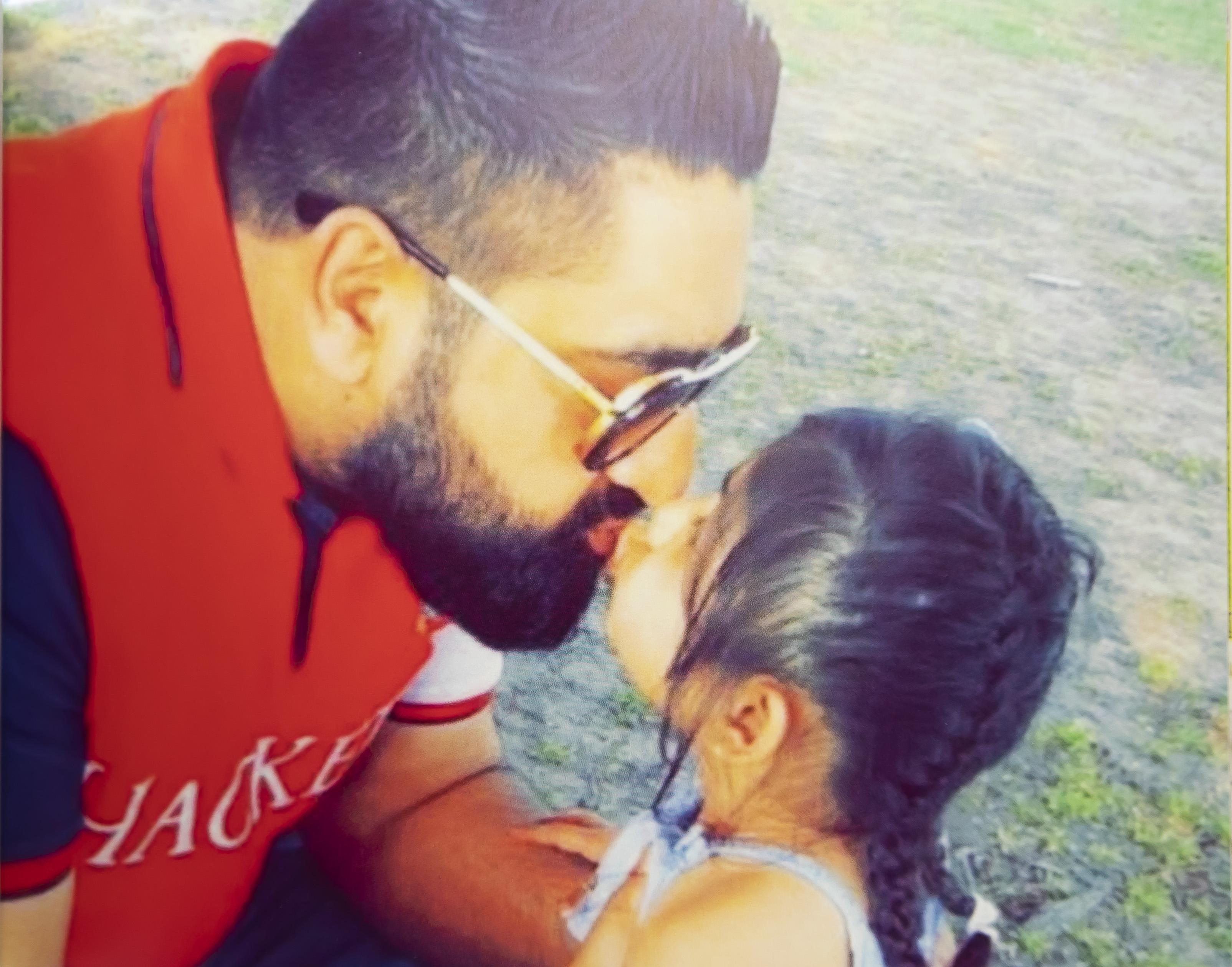 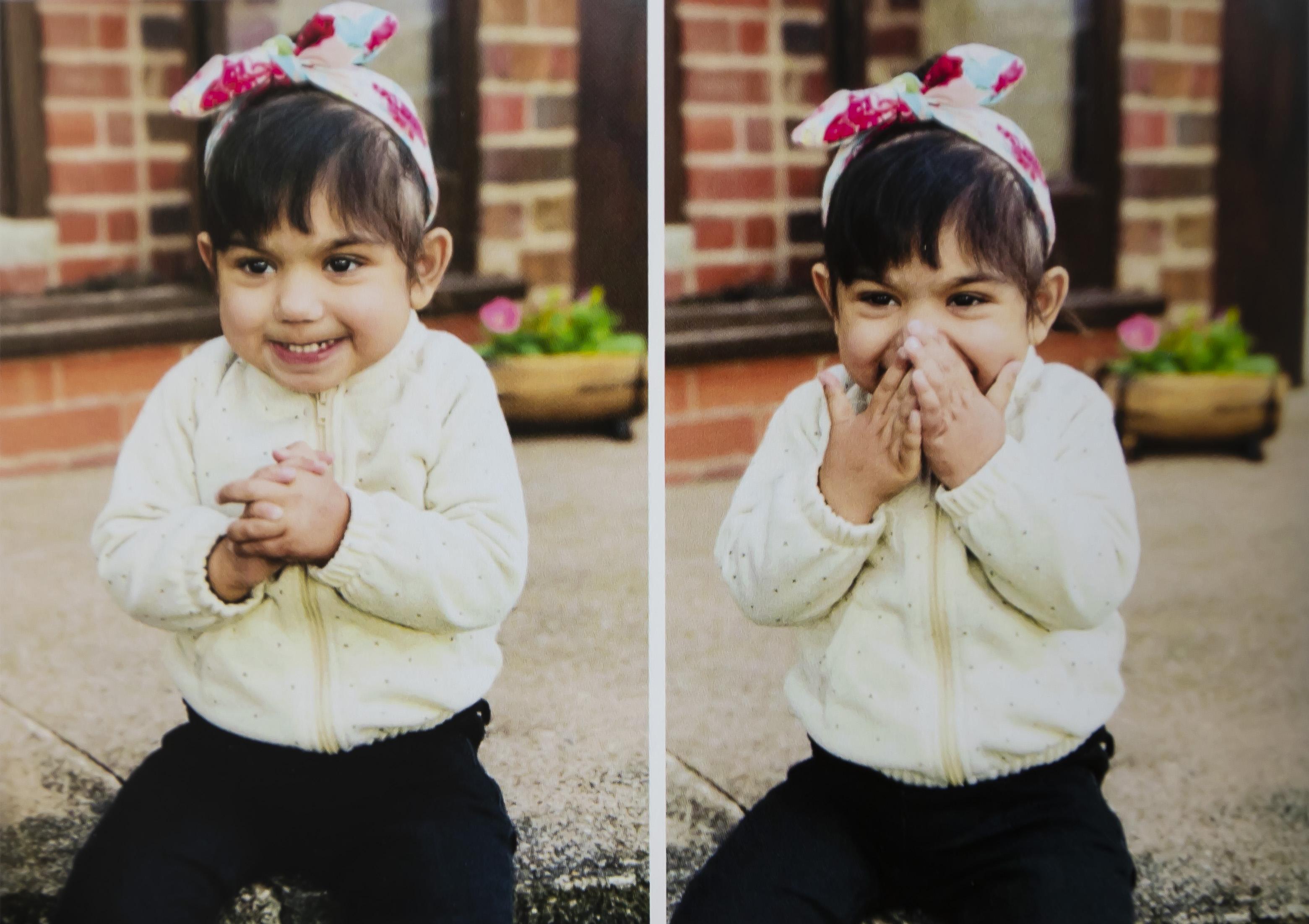 Her skin began peeling off "like she had been on fire" and her heart stopped twice before she died at her father's side.

Just the day before dad Sunny noticed that the skin on her hands and legs had started to blister, after a day of playing in the park.

By the time they got to the hospital the blisters had spread over her entire body.

Little Khadijah was rushed into theatre where doctors pumped her full of fluids and antibiotics while her frantic parents, Sunny and Nida, waited for an update. 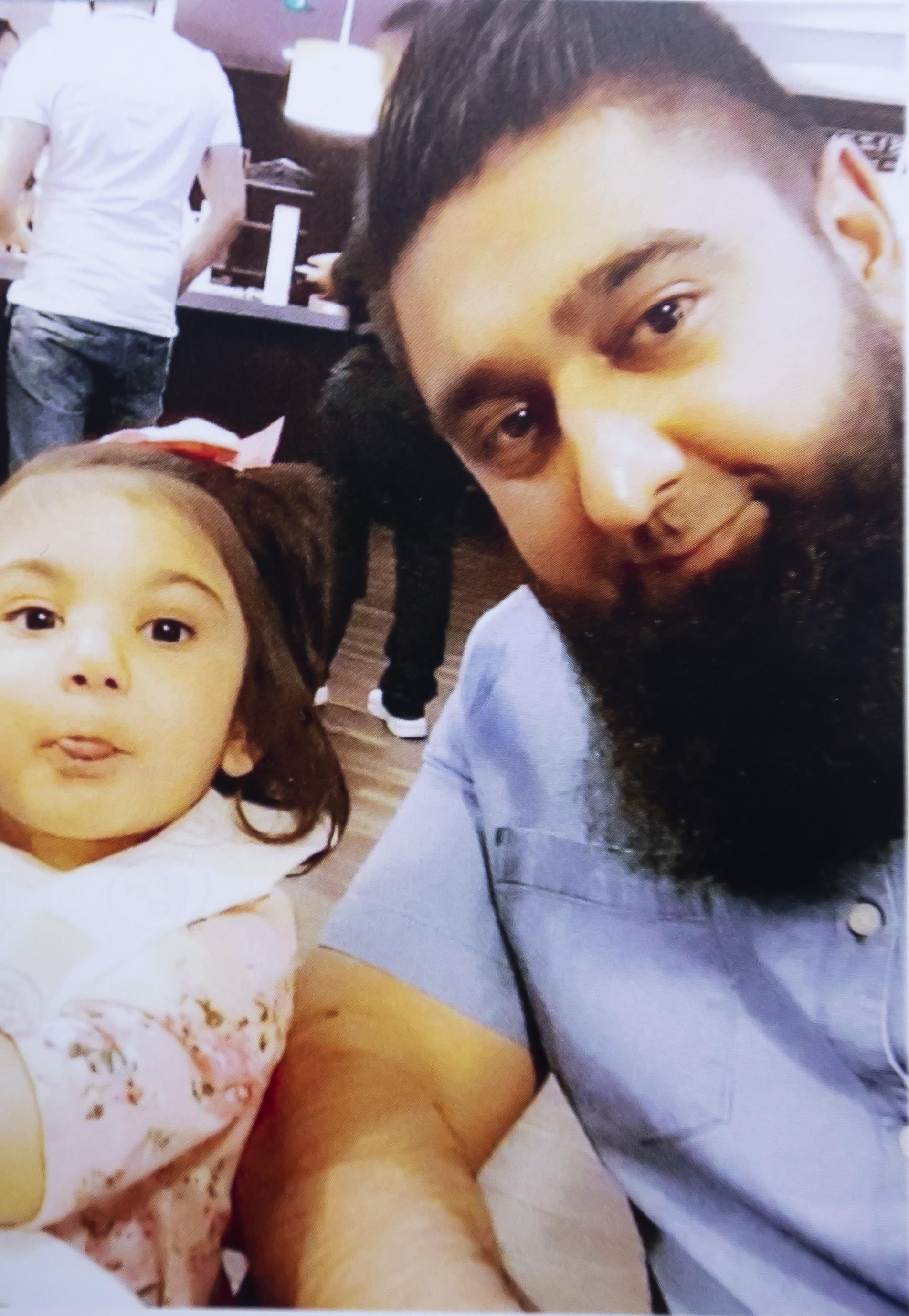 While they were waiting Khadijah's heart stopped.

Doctors were able to start it again but warned her parents she didn't have long left.

Her condition deteriorated rapidly and she died with her parents by her side, according to Birmingham Live.

The day before she died the family had spent a day out in the park, but decided to take Khadijah to hospital when she started feeling unwell. 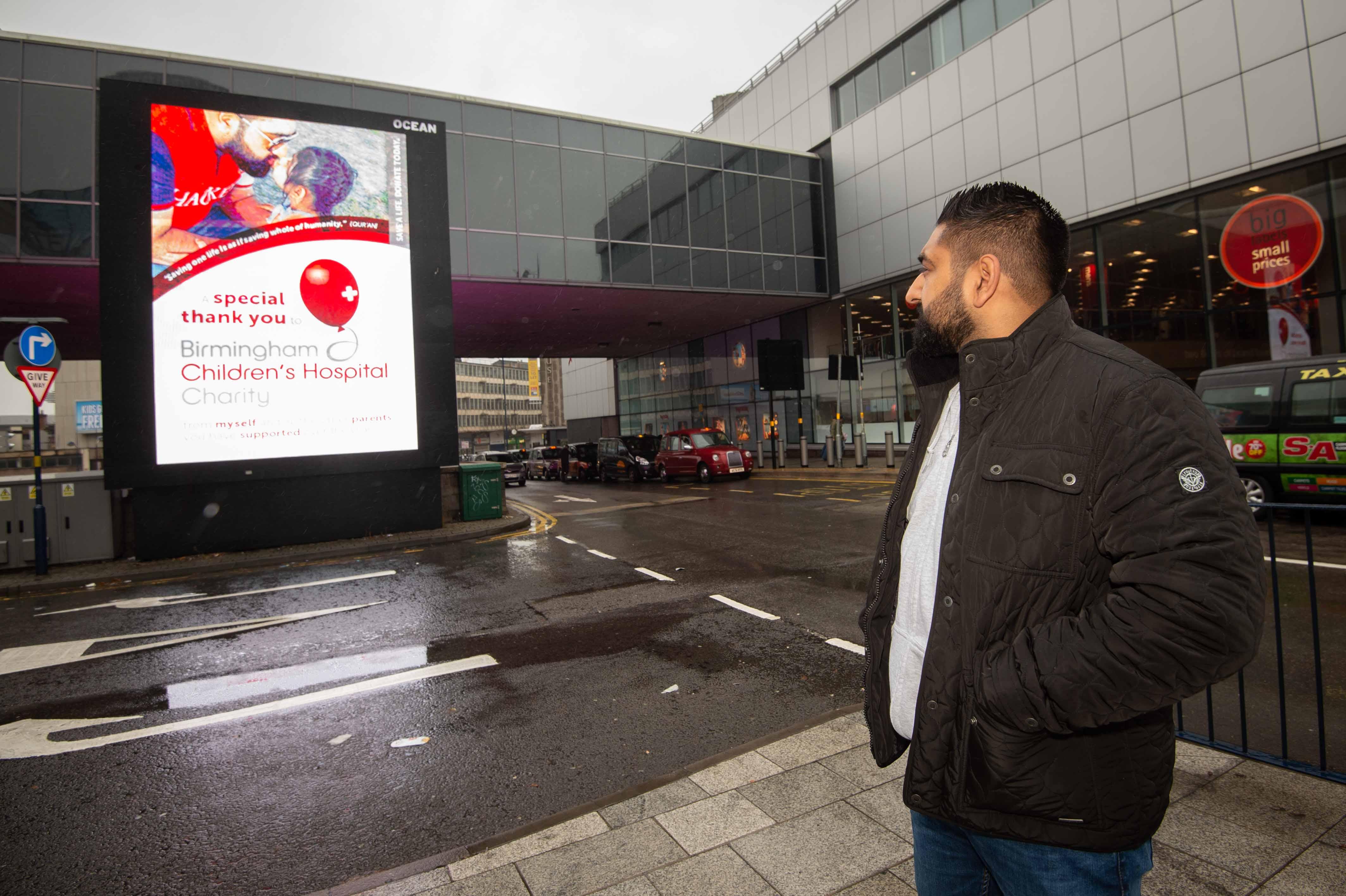 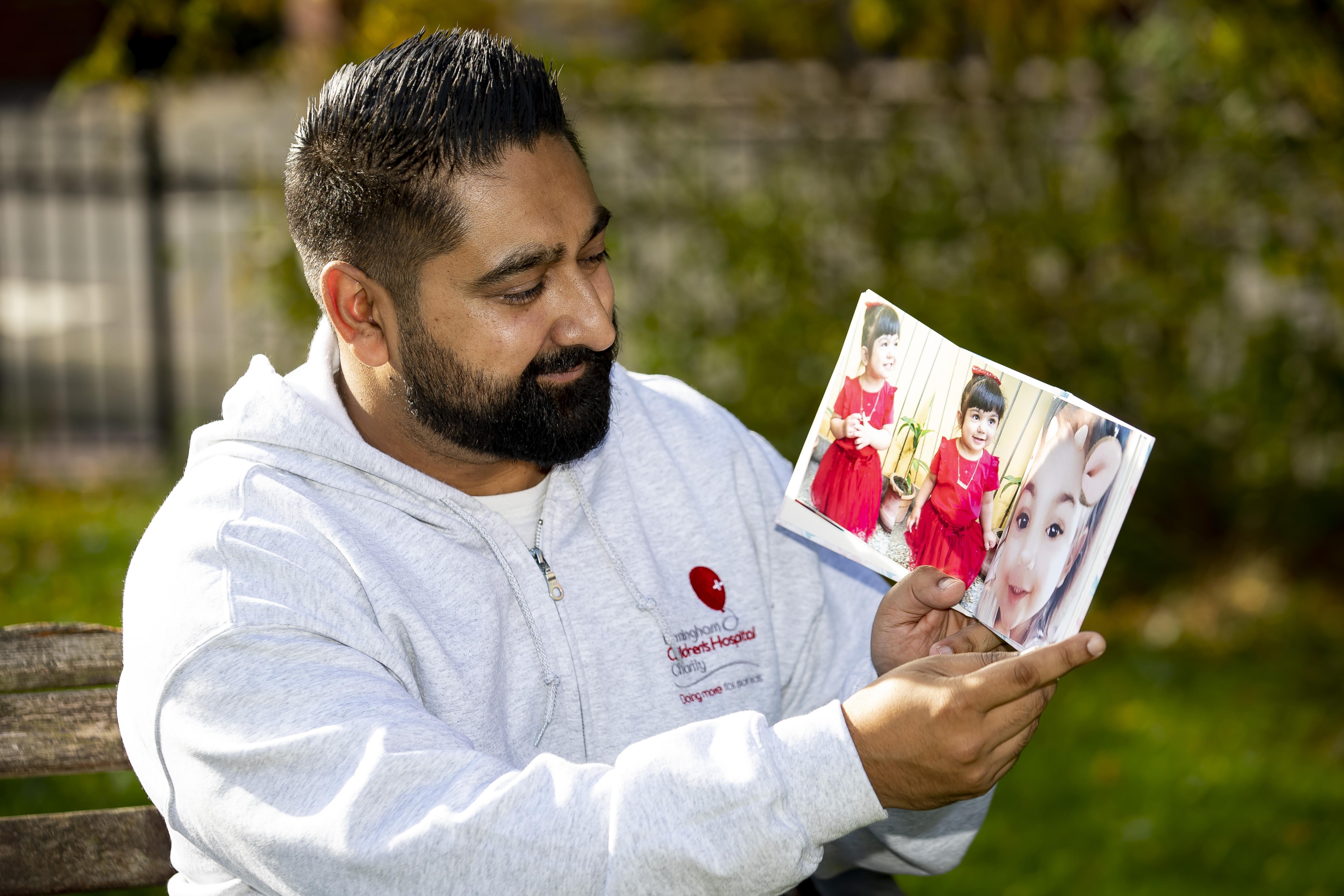 The staff originally thought it was a virus and sent her home, but mum Nida knew something was wrong and took her back the next day.

The grieving parents, who have three sons aged eight, five and three, are still coming to terms with the loss of their little girl, who was also born with a heart condition.

Despite their loss, Sunny stood for hours next to a billboard in Birmingham, showing the final photo of him and Khadijah as a thank you to Birmingham Children's Hospital and the care they gave her.

Paying tribute to his daughter he said: "Khadijah was a little busy body, very talkative and lively. And she was very strong and resilient because she went through so much," he told Birmingham Live.

"She had a fighting spirit few adults have."

Now Sunny, from Erdington, is taking aid out to Syrian refugees in Lebanon.

"When she passed away, we had lots planned like charity dinners, appeals and aid trips and I said to my wife shall we cancel everything?," he said.

"And she said no you have to carry on, these people need your help."

Sunny runs ISA Foundation, a charity that delivers aid where it is most needed.

As we come into winter he is reminding everyone to think of those less fortunate than us, especially the Syrian refugees in Lebanon where the winters are much colder and many of the children only have minimal clothes and flip flops.

You can donate to Sunny's charity at their website here.

THE SIGNS YOUR CHILD HAS SEPSIS

Septicaemia, also known as sepsis, is a rare but serious complication of an infection that can quickly lead to multiple organ failure and death.

The blood poisoning occurs when large amounts of bacteria enter the bloodstream.

Bacterial meningitis can lead to septicaemia.

Sepsis can also be caused by viral or fungal infections, although bacterial infections are by far the most common cause.

Symptoms in children under 5

Symptoms in older children and adults

If any of these symptoms develop you should seek medical advice straight away.