Out of Despair, Pure Pleasure

In 2017, on the way to our third family funeral in four weeks, our car died outside a Minnesota highway sex shop. I hopped around the parking lot to stay warm as my husband called the tow company. “We’re trying to get to a funeral,” he said. “Our car died outside of — Pure Pleasure.” He’s always resilient, but I worried about his spirits; this was another setback during a harsh year. His mother and stepmother texted, suggesting that his recently deceased father had pranked us. We smiled, joking about going inside the shop to “warm up,” but the tow arrived. — Laura Logsdon 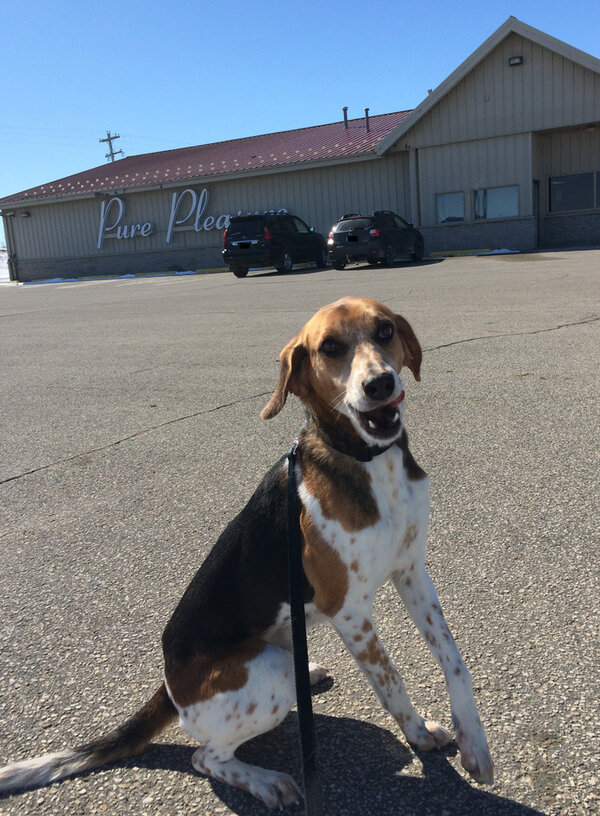 It was Los Angeles in the 1950s, and my mother was ahead of her time. After my older sister, Debbie, got a doll, I wanted one just like hers. Of course my mother said yes. My mother’s friend, June, came over. They sat at the kitchen table. I was within earshot, dressing my beloved doll, when June said, “Marian, boys shouldn’t play with dolls.” To which my mother responded, “If Danny wants to play with dolls, he can play with dolls.” My doll was dressed and ready for an outing, and my mother looked at me adoringly. — Daniel Nathanson

Running to stay strong, to fill time, to be connected to ground and air and the space between one breath in and another out. Sometimes running is meditative solitude, sometimes joyful: for me, and me alone! Sometimes the isolation is crushing. Tears start before my feet stop. An evening run, 10 months into weathering the pandemic on my own. Another runner and I fall in step. There’s no explicit acknowledgment or agreement. But for a quarter mile in Queens, we maintain our pace. Breathing heavy through masks. Moving in tandem until our paths diverge. Distant but close. — Paige Arthur

No Need for the Awkward Talk

On our first anniversary, my husband gave me a beautiful piece of raku pottery. I loved that pot with its iridescent glaze so much that he gave me another piece for my birthday. And another for Hanukkah. I thought about telling him that my pottery collection was complete. The next year he surprised me with a glass vase. I considered launching into the uncomfortable “I have enough breakable containers” talk but held my tongue. Six months later, he wrapped up my vase and gave it to his relative. I didn’t know whether to be angry or relieved. I chose relieved. — Ilene Haddad

Want more from Modern Love? Watch the TV series; sign up for the newsletter; or listen to the podcast on iTunes, Spotify or Google Play. We also have swag at the NYT Store and two books, “Modern Love: True Stories of Love, Loss, and Redemption” and “Tiny Love Stories: True Tales of Love in 100 Words or Less.”