One person has spoken of a horrifying incident on Reddit, which was originally thought to be paranormal – but ended up being something far worse. 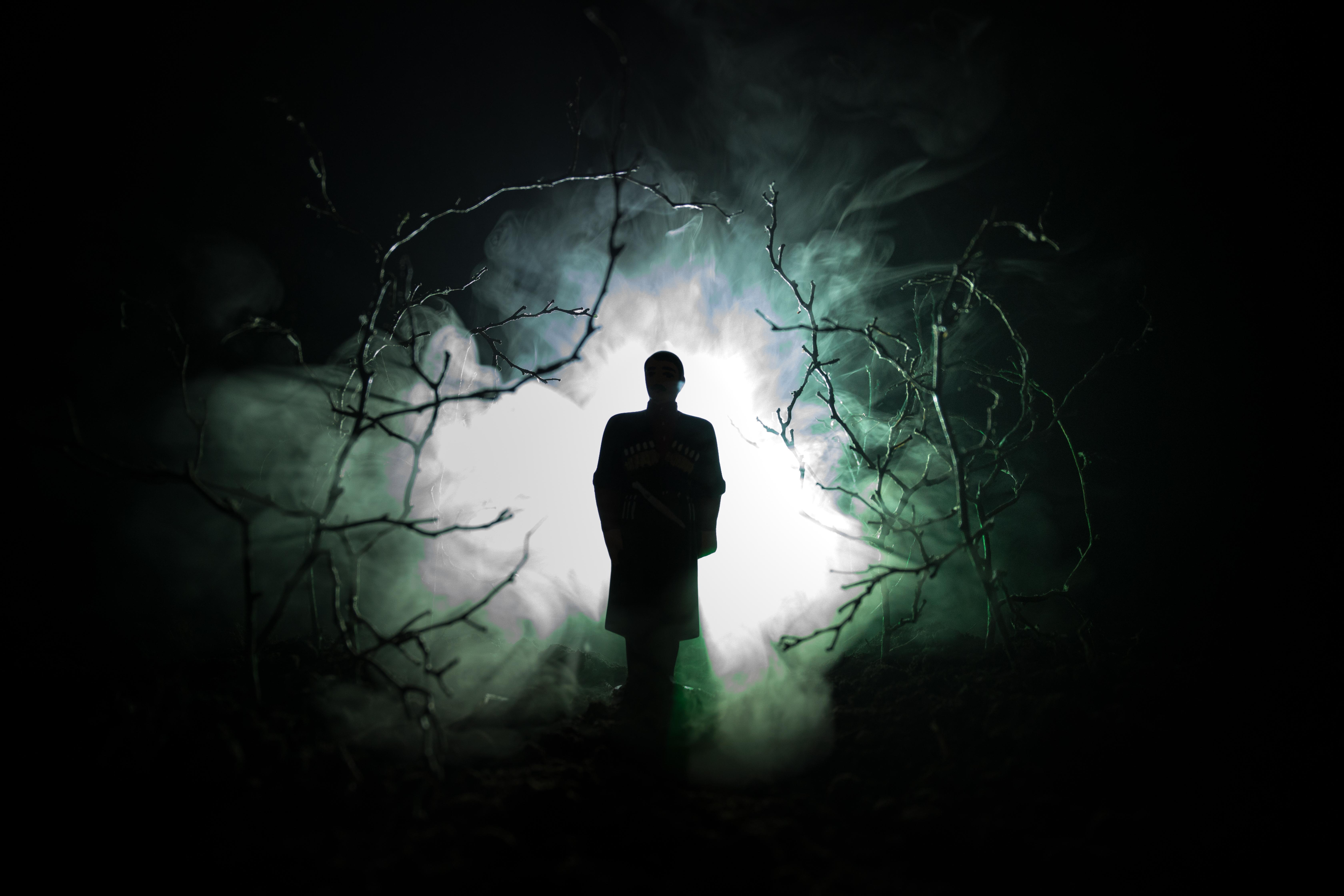 The Redditor's post is entitled "My brother saw a ghost as a kid. Two decades later, I realised what he actually saw".

It begins with a bit of back story, explaining that the event took place when the poster was around seven and their brother was roughly 10.

At the time, both the poster's brother and mum had a habit of waking up in the middle of the night to use the bathroom.

But one evening, their brother admitted that he was too scared to walk to the loo alone. 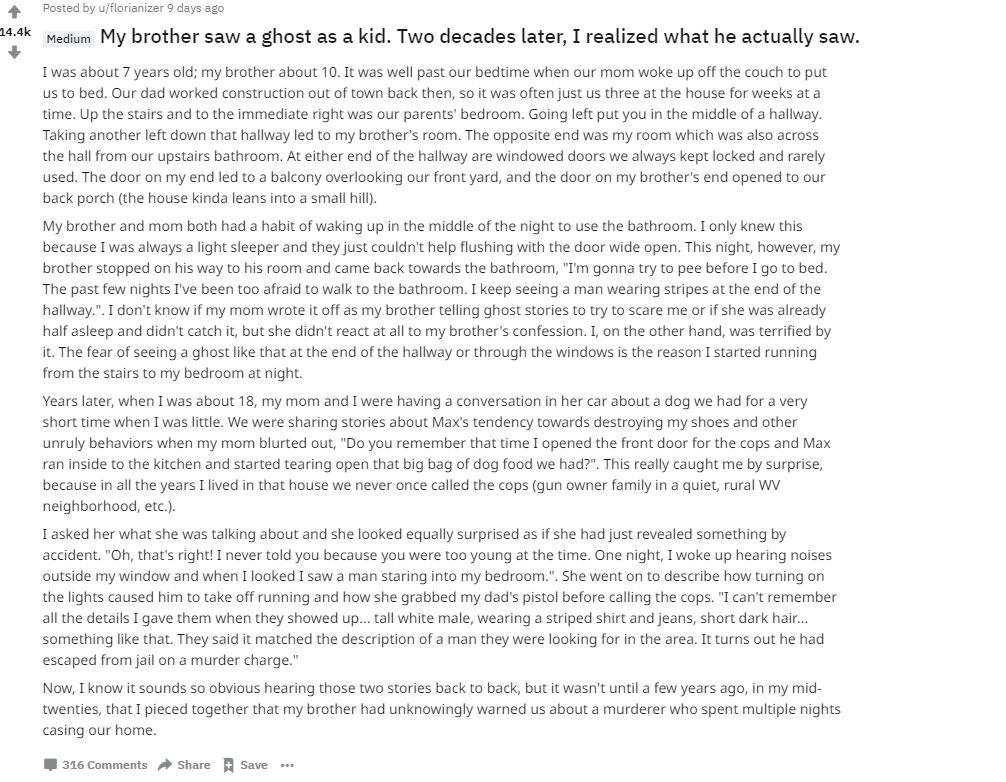 The poster writes: "My brother stopped on his way to his room and came back towards the bathroom.

"[He said] 'I'm gonna try to pee before I go to bed. The past few nights I've been too afraid to walk to the bathroom. I keep seeing a man wearing stripes at the end of the hallway.'

"I was terrified by it. The fear of seeing a ghost like that at the end of the hallway or through the windows is the reason I started running from the stairs to my bedroom at night."

Years later – when the OP was around 18 – their mum revealed a shocking fact she'd kept hidden for years.

She told the poster that one night, she'd woken up to noises outside her bedroom window.

When she looked to check what it was, she saw a man "staring" into her bedroom. 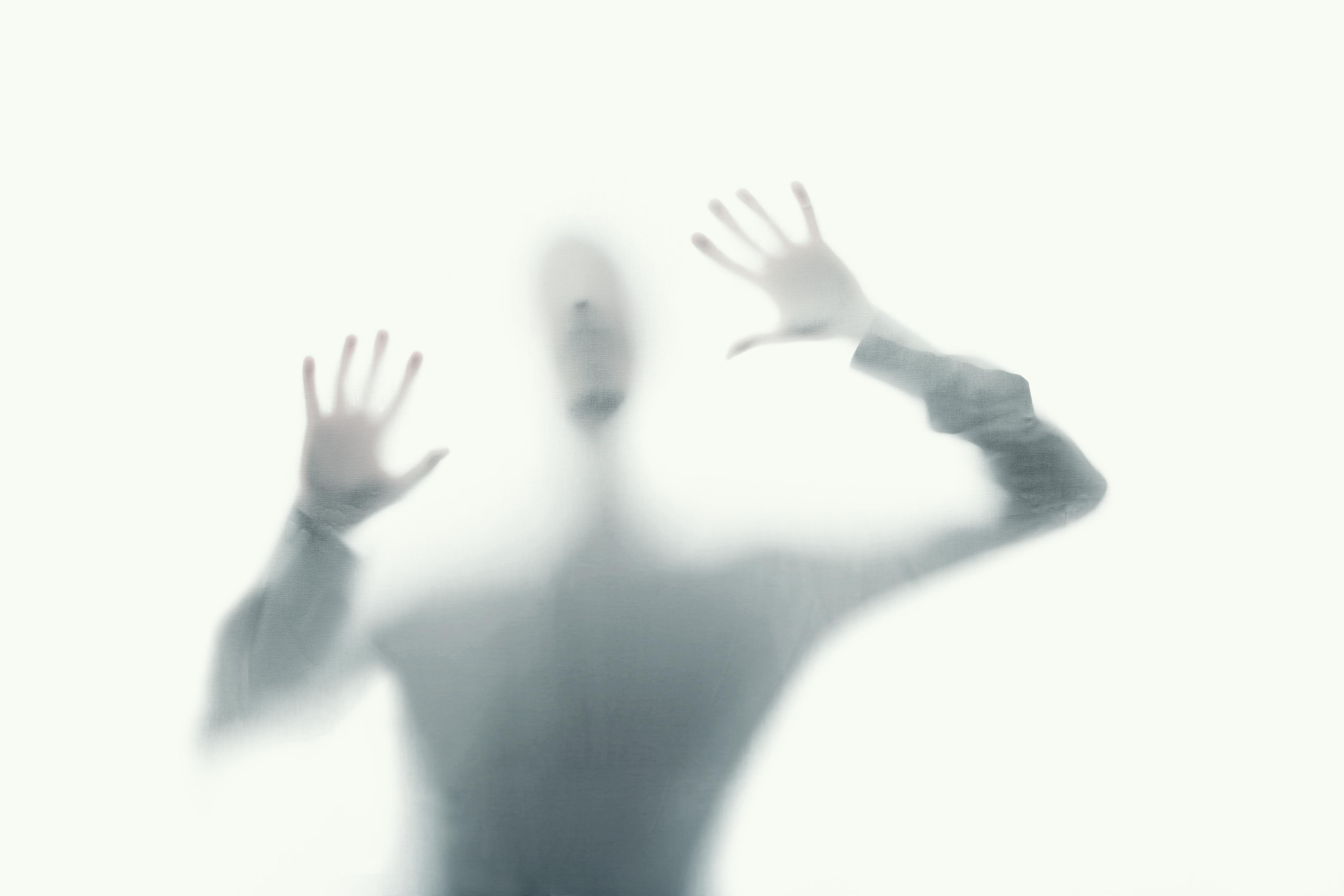 The poster continues: "She went on to describe how turning on the lights caused him to take off running and how she grabbed my dad's pistol before calling the cops.

"Tall white male, wearing a striped shirt and jeans, short dark hair… something like that.

"They said it matched the description of a man they were looking for in the area. It turns out he had escaped from jail on a murder charge.

"I know it sounds so obvious hearing those two stories back to back, but it wasn't until a few years ago, in my mid-20s, that I pieced together that my brother had unknowingly warned us about a murderer who spent multiple nights casing our home."

In a later post, the Redditor added: "My mum corrected my memory about what she found out from the police.

"It wasn't someone that had escaped, rather the description fit a suspect in an ongoing murder investigation.

"I'm honestly not sure if that makes it better or worse."

Neither are we. And whatever the case, the story has left quite a few Redditors completely freaked out.

One commented: "One of the few times you'd hear noises in the night and think: 'Please be a ghost.'"

Others wrote: "That actually just gave me shivers," and: "These kind of stories scare me more than any paranormal ones."

Some doubted the tale, asking why the man would be wearing the same T-shirt each time the poster's brother saw him.

But either way, we'll be sleeping with the light on tonight.

Meanwhile, there's something creepy about the picture on this children's toy… can YOU spot it?

Harry Potter fans are furious because of this Professor McGonagall error in the new Fantastic Beasts film.

And this woman found an engagement ring in her boyfriend's sock drawer and HATED it – now the internet wants him to dump her.