When they were asked to summarize their relationship in one word, Mavis Baah and Jay Jones, who are both 32 and working in Norfolk, Va., blurted out the same word at the exact same time: “partnership.”

Ms. Baah, a public relations manager for the PRA Group, a financial services company, and Mr. Jones, a lawyer for Bischoff Martingayle, met in August 2017 through a mutual friend, Melinda Gainer. She reportedly had told Mr. Jones, “This is the person you are going to marry.”

“I think she saw in Mavis a kind of brash spirit and a willingness to go on adventures no matter what the future may hold, and that’s something she knew I would appreciate, someone who would challenge me intellectually on a daily basis,”’ said Mr. Jones, who was elected to the Virginia House of Delegates in 2017, becoming the youngest member at that time.

Mr. Jones, who is currently running for attorney general of Virginia, graduated from the College of William & Mary and received a law degree from the University of Virginia.

He is the son of Judge Jerrauld Jones and Judge Lyn Simmons of Norfolk. His mother is in family court. His father is a presiding judge for Norfolk’s circuit court. Judge Jones held the seat Mr. Jones currently holds in the House of Delegates from 1988 to 2002. 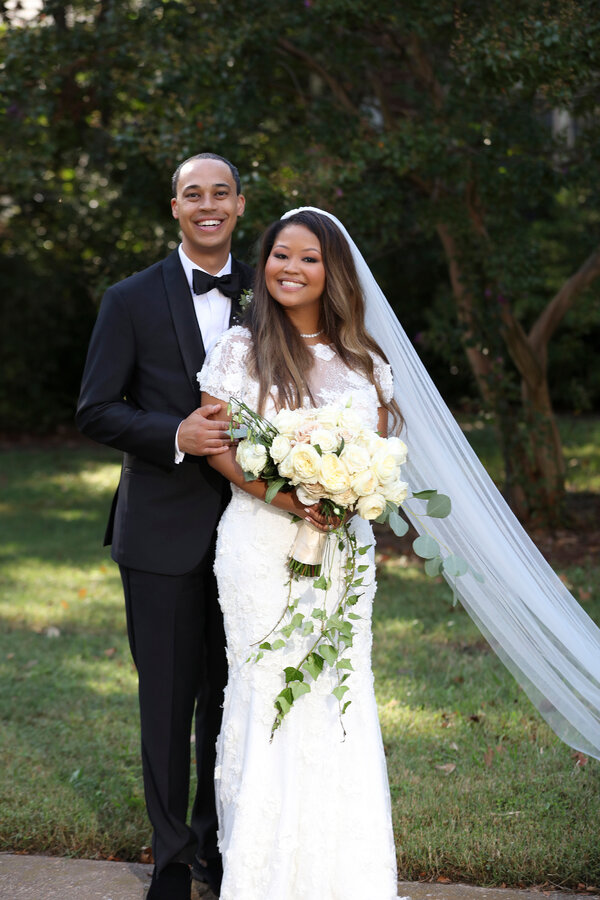 Ms. Baah, who graduated from Hampton University, was asked what she thought their matchmaker saw in Mr. Jones that might intrigue her. She said, “Jay is a really driven, hard-working man, and I think that Melinda saw that this was someone who could complement me in that way and that we would really be able to build a life together based on our common values.”

Ms. Baah is the daughter of Janna Baah, who was born in Almaty, Kazakhstan, and Anthony Baah, born in Accra, Ghana. Ms. Baah’s parents immigrated to the United States when she was 5 years old. Her mother, who now lives in Woodbridge, Va.,

is a computer programmer for ICF International, a consulting and technology services company based in Fairfax, Va. Her father who lives in Sterling, Va., is a senior agile software development consultant for NTT DATA Federal Services in McLean, Va.

The couple originally intended to marry May 16 at Sacred Heart before Father Curran, but the coronavirus forced them to change plans. Their guest list, once at 300, plummeted to 50.

“He balances me every day in a way that keeps me from spinning out of control,” Ms. Baah said of Mr. Jones. “We have so many shared interests, like reading and traveling, but staying home is fine with us as well, especially when we are home together.”

10/05/2020 Fashion Comments Off on Their Matchmaker Was Right
Recent Posts
We and our partners use cookies on this site to improve our service, perform analytics, personalize advertising, measure advertising performance, and remember website preferences.Ok