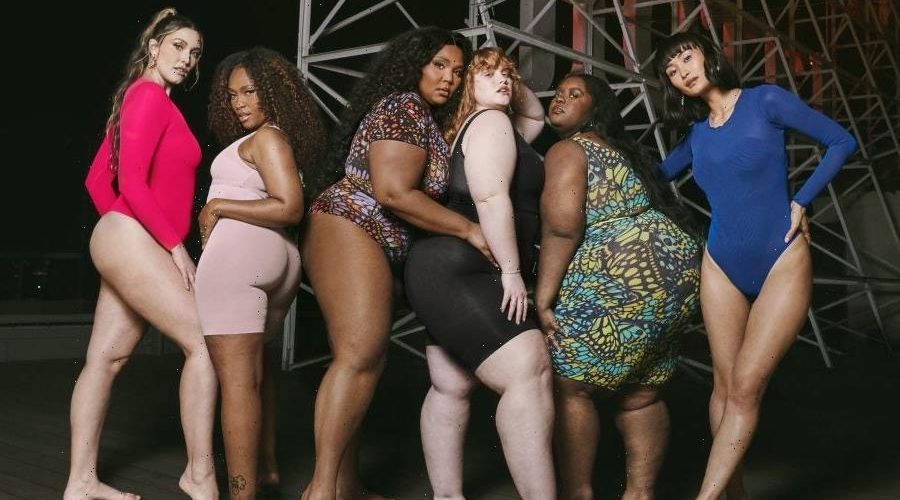 Imagine your day going like this: You’re at work and you have all of your shapewear underneath your business attire. Midday, let’s say around lunch, you get a notification from the group chat. “Let’s go to the club after work,” the message reads. For a second you panic — it’s going to be a long day and you won’t have time to go home and change. But then you remember that the slip dress you have on underneath can double as an evening midi, and suddenly, all is well with the world. However, after the party is the afterparty, and your crew comes up with the ambitious idea to end the night (or morning) at the beach. You don’t have a bathing suit in tow, but no worries, the comfortable and stylish thong that’s underneath can practically double as a bikini.

What I’m describing isn’t just a fantasy. And while maybe at one point in time the idea of shapewear that could take you from morning to morning was far-fetched, thanks to Lizzo and her debut shapewear brand Yitty, it’s quite the reality.

“Yitty is not what y’all think it is,” the “Juice” singer tells me of the brand name during a Zoom call from her home. As one of her most avid TikTok followers, the background proved quite familiar. “My brother couldn’t say Melissa [the singer’s name] when I was born. So he would say Mee-Yida. Everybody was like, ‘Is he saying Yitty?’ From that point forward, my late Auntie Carmen continued to call me that — so I’m doing this in her name. She was a beautiful curvacious woman and I wanted to honor her with this brand.”

Launching with three different categories in multiple different styles, Yitty has been in the works for nearly six years, long before the inception of the popular mainstream shapewear brands of today. “I got a lot of no’s along the way,” Lizzo, who’s been wearing shapewear since 12-years-old reveals. “It wasn’t popping and being checked for at all.”

The idea came from the dread she and her friends felt shopping for the category. “I remember going into a store to pick up some shapewear before a party,” she shares. “There were three colors — ivory, pitch black and pink. It wasn’t cute and the section was in disarray, which means people were looking for something they couldn’t find.”

Think of Yitty as the anti-shapewear, shapewear brand. Made in partnership with Fabletics, Lizzo, CEO, has worked diligently alongside the brand’s president, Kristen Dykstra, Fabletics’ former chief marketing officer, to ensure that each garment receives the utmost attention. The marriage of the minds resulted in silhouettes that boast an unmatched level of thought, comfort and style that other shapewear brands have yet to master. “I love that we have 6X, but also all the way to an XS,” Lizzo brags. “We design all of our styles for every size. We don’t just start on one size and then scale up or scale scale down — that way, every style that you see on the website is what you’re going to get.”

Yes, the Watch Out for the Big Grrrls star created Yitty with the curvy ladies in mind, but understands that women of all sizes are seeking out the same thing. “I’m here for the big girls,” she says. “But I wanted to create something for everybody because my friends are extra-small, my friends are mediums, my friends are larges and it’s hard for them to find things as well.”

With technologically-advanced textiles, varying compression levels and endless colorways and styles, Yitty has something for everyone. Wearing a cropped bandeau during our chat, Lizzo pointed out the grip bands on not only the top, but also the bottom. As a woman verging on a G cup, I was immediately sold, but that attention to detail spans each and every sku in the brand’s catalog, not just the bandeaus.

When asked her favorites, the singer’s face was overcome with agony. “They’re all my babies!” she exclaimed. Yet and still, I continued to pry — to which Lizzo finally revealed that the convertible bandeau and leggings, which she describes as “the most comfortable leggings I’ve put on my life,” and “like butter,” are her top two.

The launch of Yitty explains why collaborations and endorsements for the star have been few and far between over the years. “I’ve turned down a lot of things because I was clearing the way for Yitty and clearing the way for my vision and my baby,” she says. “I believe I made the right decision, because I’m trying to bring something to the world that hasn’t been done. I’m trying to liberate women and liberate bodies so that we can really make decisions for how we wanna look, how we wanna feel and what is beautiful and feels good to us.”

Prices range from $14.95 to $69.95 and will be available on the brand’s website, Fabletics websites and stores, and at the Yitty pop-up in Los Angeles beginning April 12.