THEY WERE the ultimate girl group who took the pop world by storm in the early 2000's, and ten years after announcing a hiatus, the Pussycat Dolls reunited in 2019.

But during those years, and in the few that followed, Melody Thornton, Kimberly Wyatt, Ashley Roberts, Carmit Bachar, Jessica Sutta and Nicole Scherzinger each took on a solo career path of their own – with some very surprising moves. 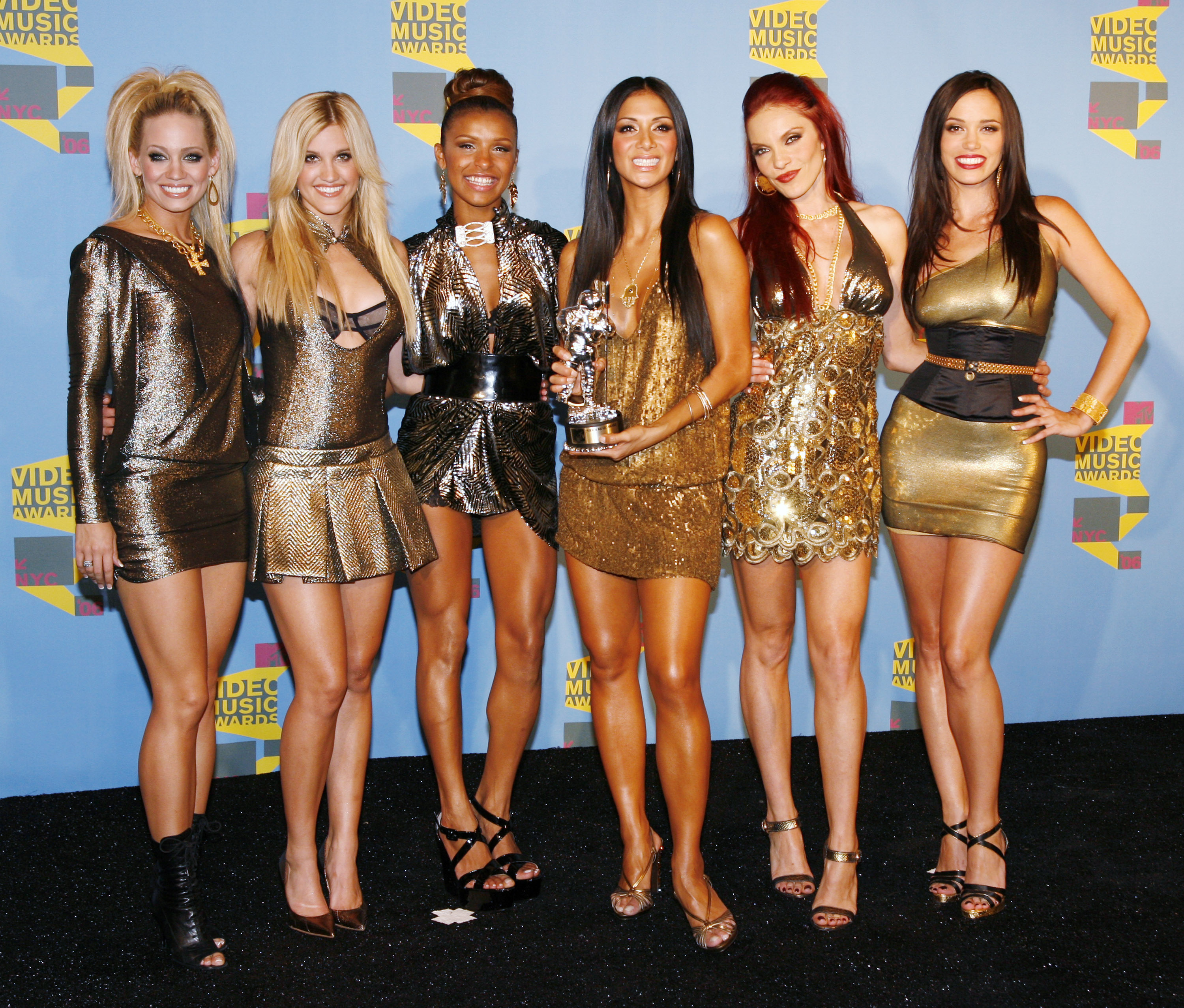 Despite big plans for the newly reunited girl group, the comeback tour came to a bitter halt when Nicole, as lead singer, reportedly demanded up  to 75% of the group's earnings – with another fallout quickly following suit.

But each with career moves of their own, here, Fabulous Digital looks back at their solo careers and what the world’s most provocative band been up to in their time apart.

From famous flings, leading roles and there's even a famed celeb chef. 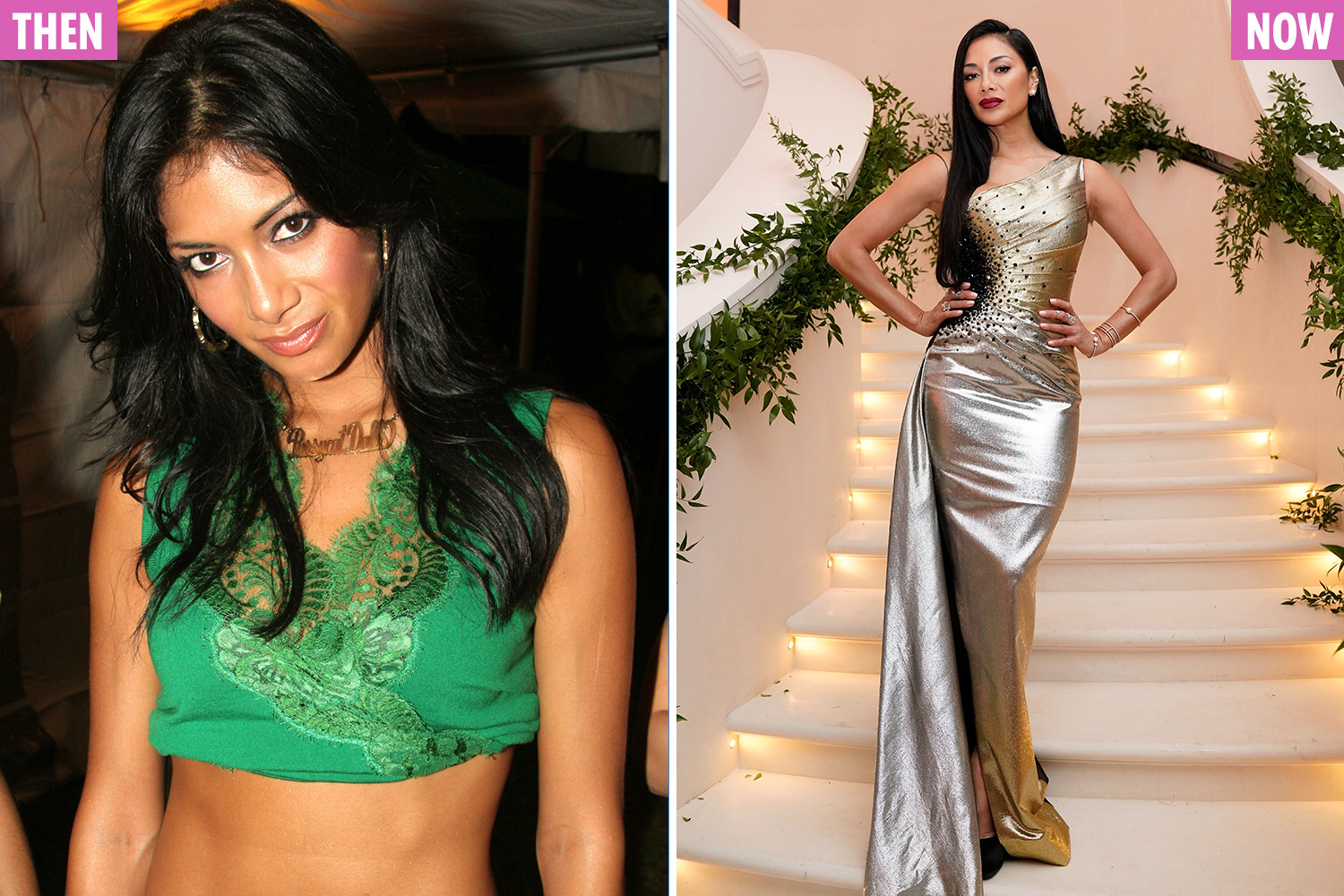 There is no denying that Nicole has had the most successful run since the band disbanded, and is now famously dating her rugby player beau, 36, Thom Evans.

The pair first met on the set of The X Factor: Celebrity in 2019, which the Pussycat Dolls frontwoman judged alongside Simon Cowell and Louis Walsh.

Nicole has proved herself as a global success, scooping victory on Dancing With The Stars in the US, and joining the judging panel on The X Factor UK.

Her singing career has continued to blossom, as she reached No.1 in the UK charts for her song Don’t Hold Your Breath.

She has also added acting to her arsenal and was nominated for an Olivier Award after playing Grizabella in Andrew Lloyd Webber’s revival of Cats on the West End stage.

In 2016 the Hawaiian star landed the role of Sina in the wildly popular Disney movie Moana.

She featured in ABC’s 2017 adaptation of Dirty Dancing playing the role of Penny Johnson.

She also joined the Australia’s Got Talent as a guest judge.

According to reports the talented star now has a net worth of $14 million (£10.2 million.)

She also launched her own fragrance, Chosen, in 2019.

In 2017, she opened up about her bulimia battle, telling Cosmopolitan: "When I got The Pussycat Dolls, it really amplified [my eating disorder] because it had so much to do with showing your body off." 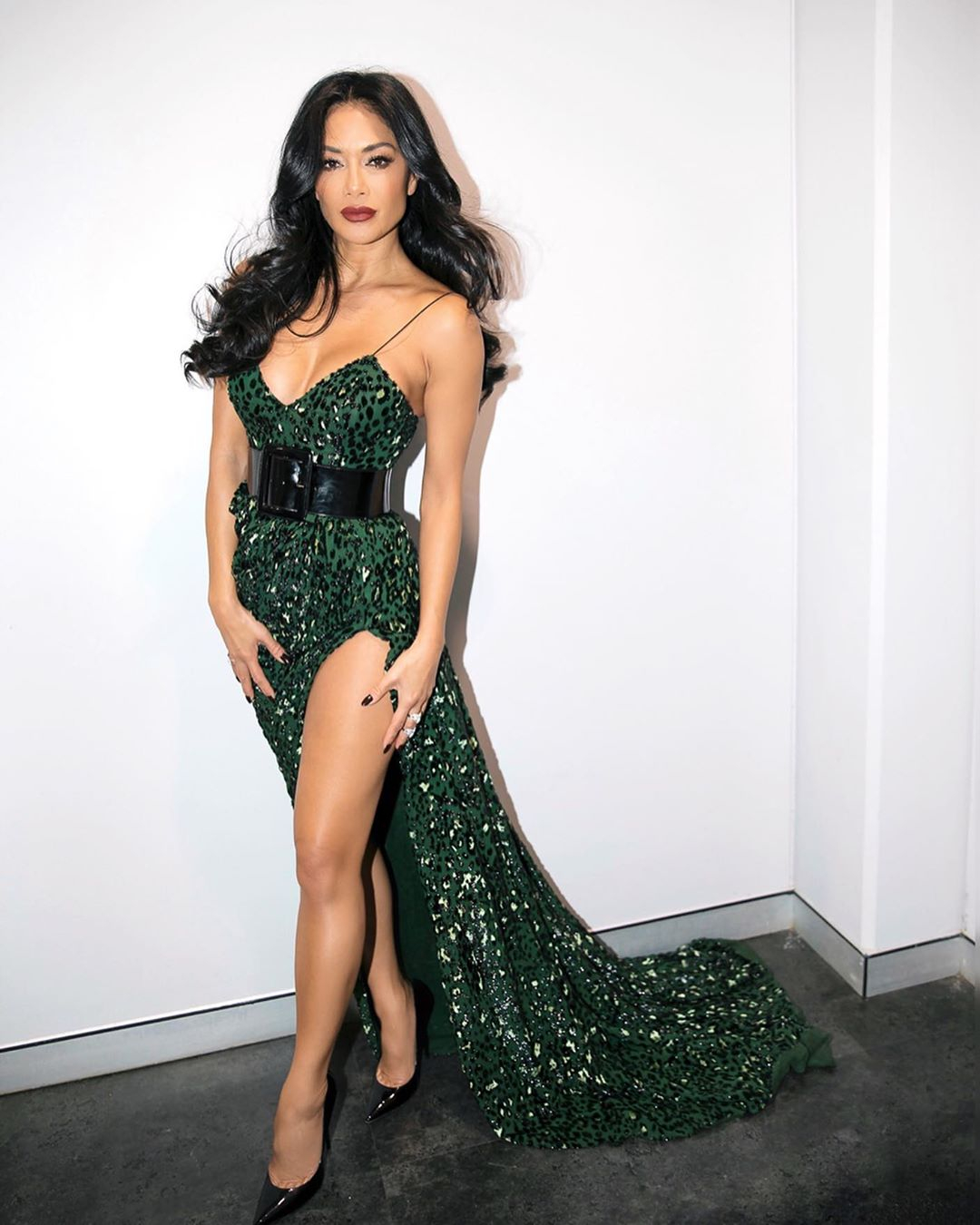 She added: “It was very imprisoning and it stole all of my happiness, confidence and memories.

“A big part of that was during The Pussycat Dolls."

Nicole admitted that she first began battling with her weight when she was just 14 years old.

She added: "I'm more accepting of my body now. You should embrace and accept yourself more. Don't be so hard on yourself, and love your curves.”

She faced a rocky romance with F1 racing star Lewis Hamilton with the pair splitting in 2015 after their eight year relationship.

She also dated tennis star Grigor Dimitrov, but the pair split in 2019.

Nicole’s agreement to reform the band may come as a surprise as her bandmate Carmit Bachar previously claimed that Nicole was “jealous of Ashley” and it was this that caused them to split. 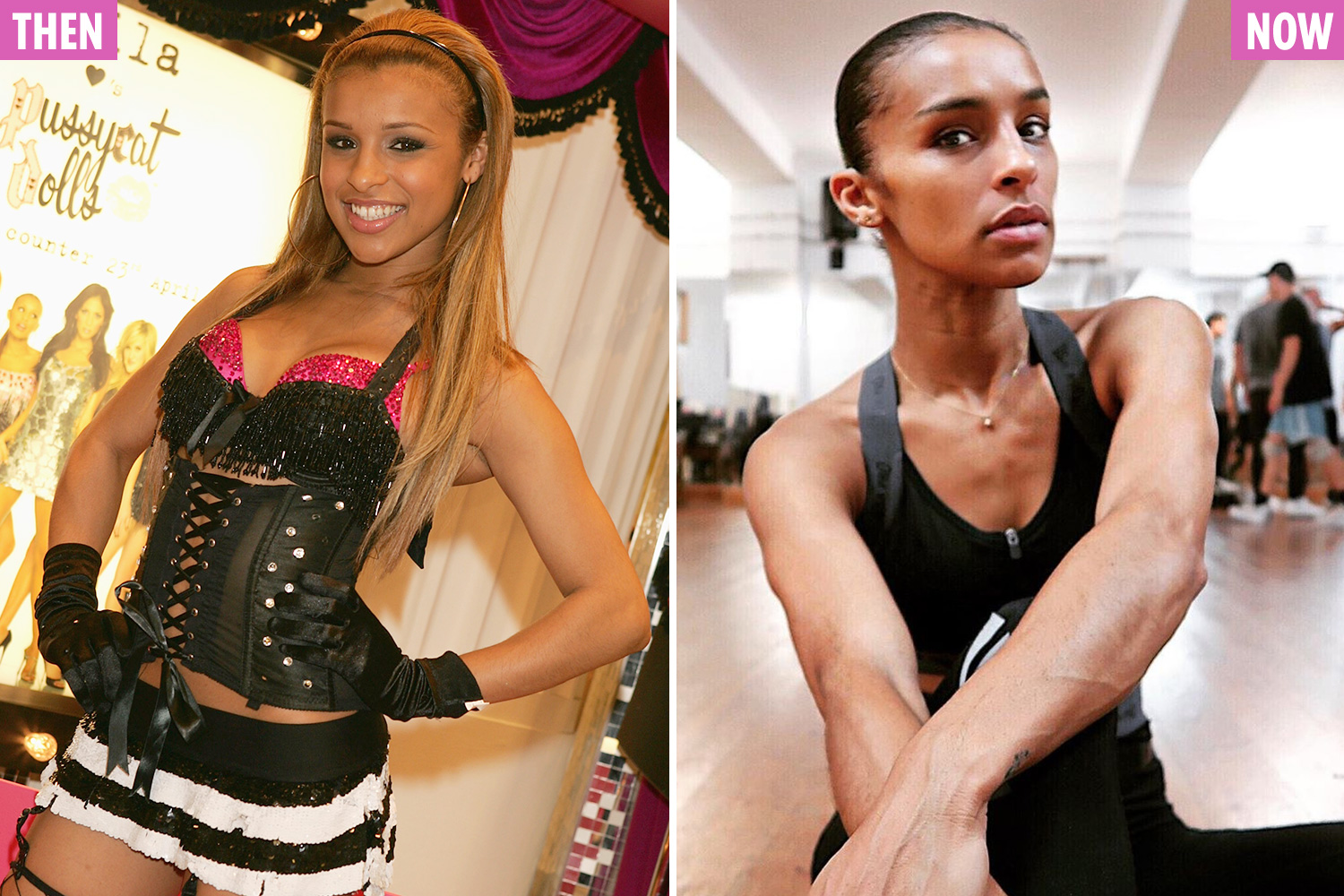 Melody Thornton wasn't part of the original Pussycat Dolls, who started as a burlesque dance revue in Los Angeles.

However, the band was looking to add some vocal strength and auditioned for new members in 2003. Melody didn't dance for her audition, but she still got the gig.

The 37-year-old left the group in 2010, saying at the time: "I got into the group to sing. That was made very clear to me. But it became more and more apparent what was going on.

"Roles were being minimised and minimised, and then by the time it got on the show, it was very much like, ‘Y'all play your part and this is what it is'."

Melody went on to bag a cameo in Keri Hilson’s music video Slow Dance, as well as releasing her first official single Sweet Vendetta in 2011.

She has popped up on several TV shows, including American reality series Bank of Hollywood, which was produced by Ryan Seacrest.

Melody also competed on ITV’s Popstar To Operastar, where she lost out to X Factor’s Joe McElderry, and Celebrity Island. 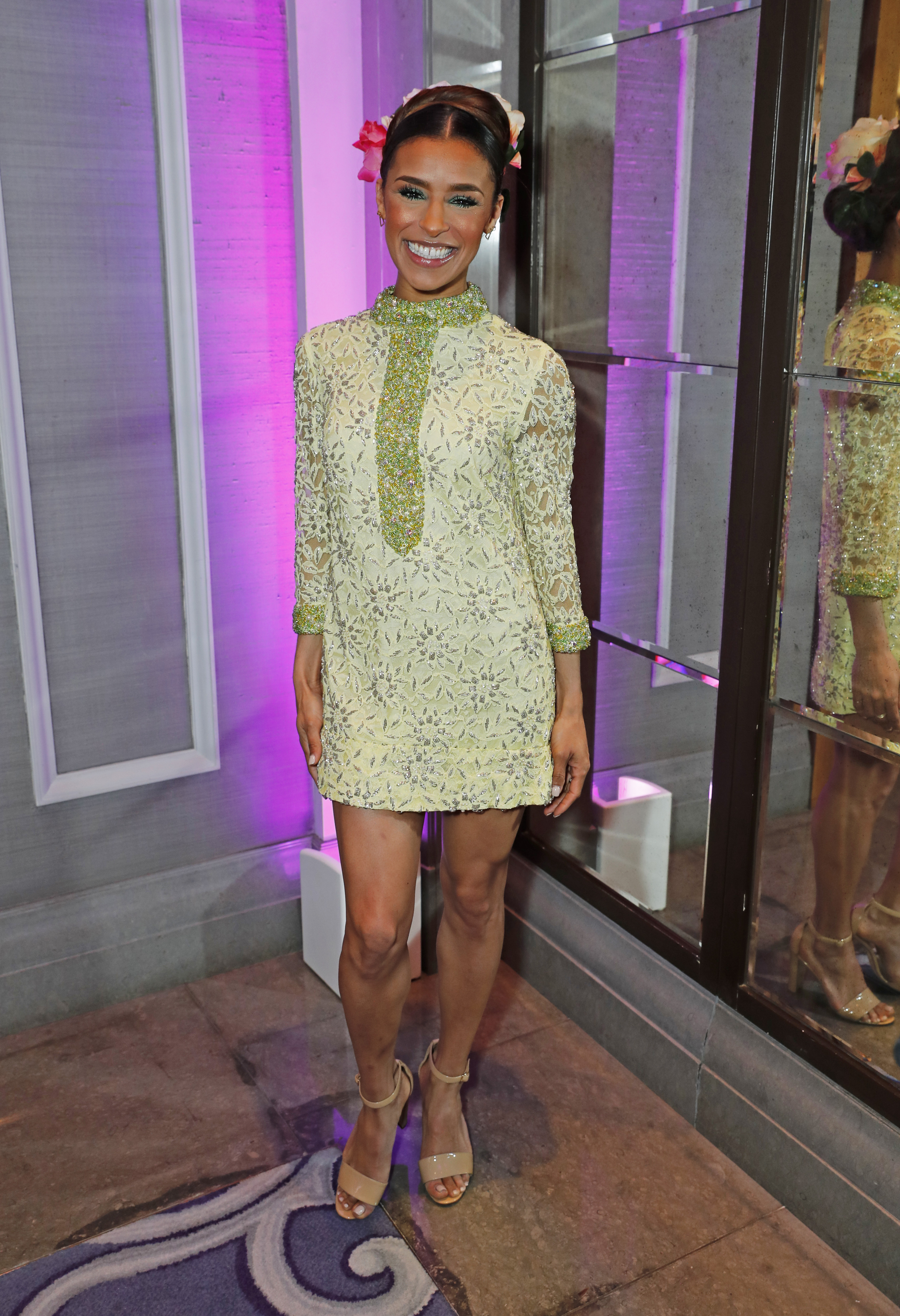 Alongside her television appearances, Melody has been working part-time as a model, landing a campaign for Dior in 2014.

She competed Dancing on Ice in 2019, and was the eighth celebrity to leave the show after being beaten in the skate off by Saara Alto.

She also starred alongside Louis Smith and Rachel Stevens in the stage production of Rip it Up the 70s in 2019 before realising a brand new single that year titled "Love Will Return", the first single from her EP Lioness Eyes. 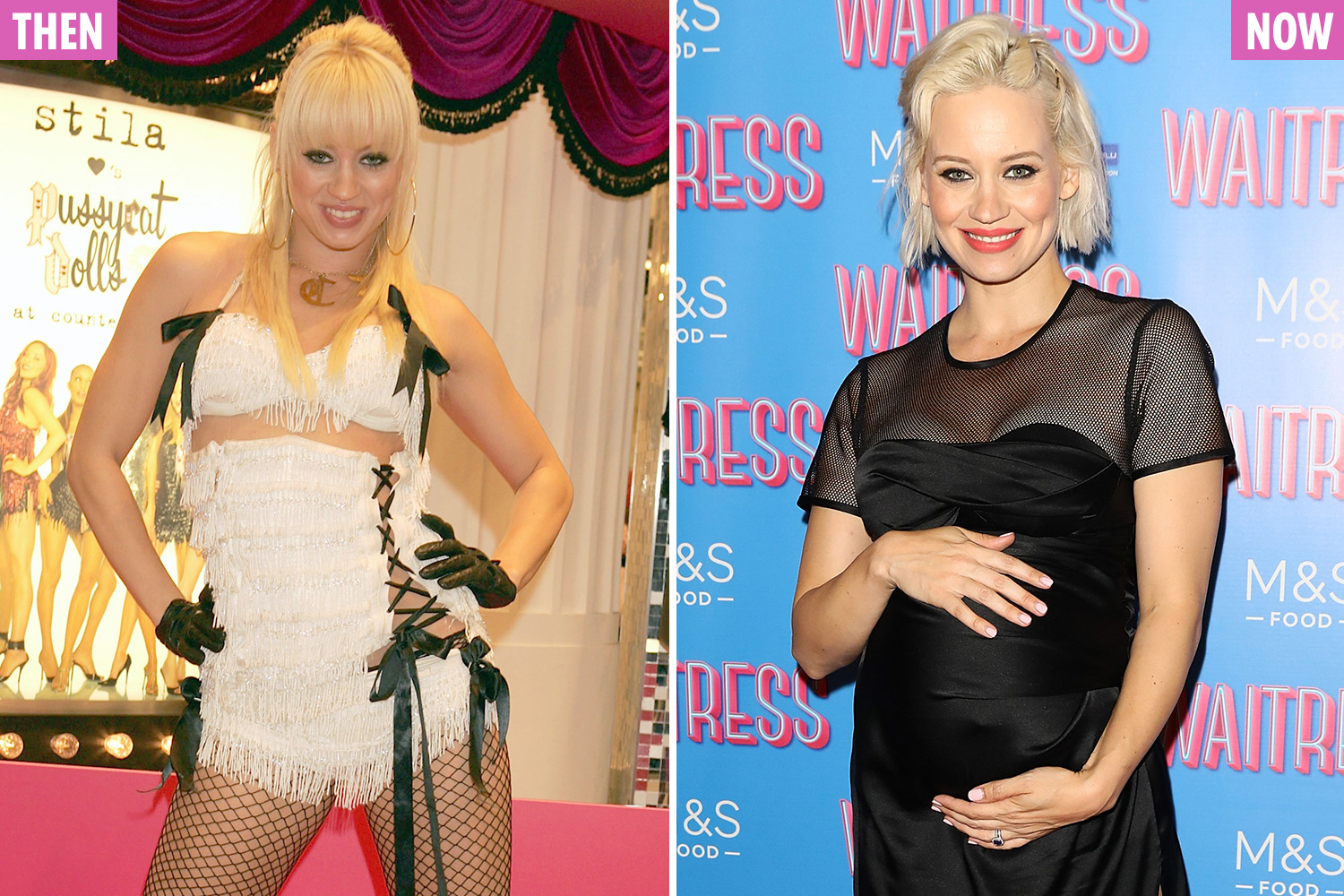 For five series, the 39-year-old put talented performers through their paces on Got To Dance.

The pretty starlet then proved she was a culinary whizz and won the BBC's Celebrity MasterChef series in 2015.

She also took part in The Jump, before appearing on the E4 show All Star Driving School.

She also starred in Almost Never a coming of age comedy on CBBC.

Kimberly married English model Max Rogers in February 2014, and the pair have three children together. after giving birth to her third and last child in 2019 before revealing that she had been sterilised at the age of 37.

Speaking to The Mirror in 2017, Kimberly said the Pussycat Dolls were constantly forced to worry about their appearance: "I was so conscious of my weight while in Pussycat Dolls.

"Record producers constantly watched us to make sure we weren't putting on weight, and we were made to be like anorexic aliens." 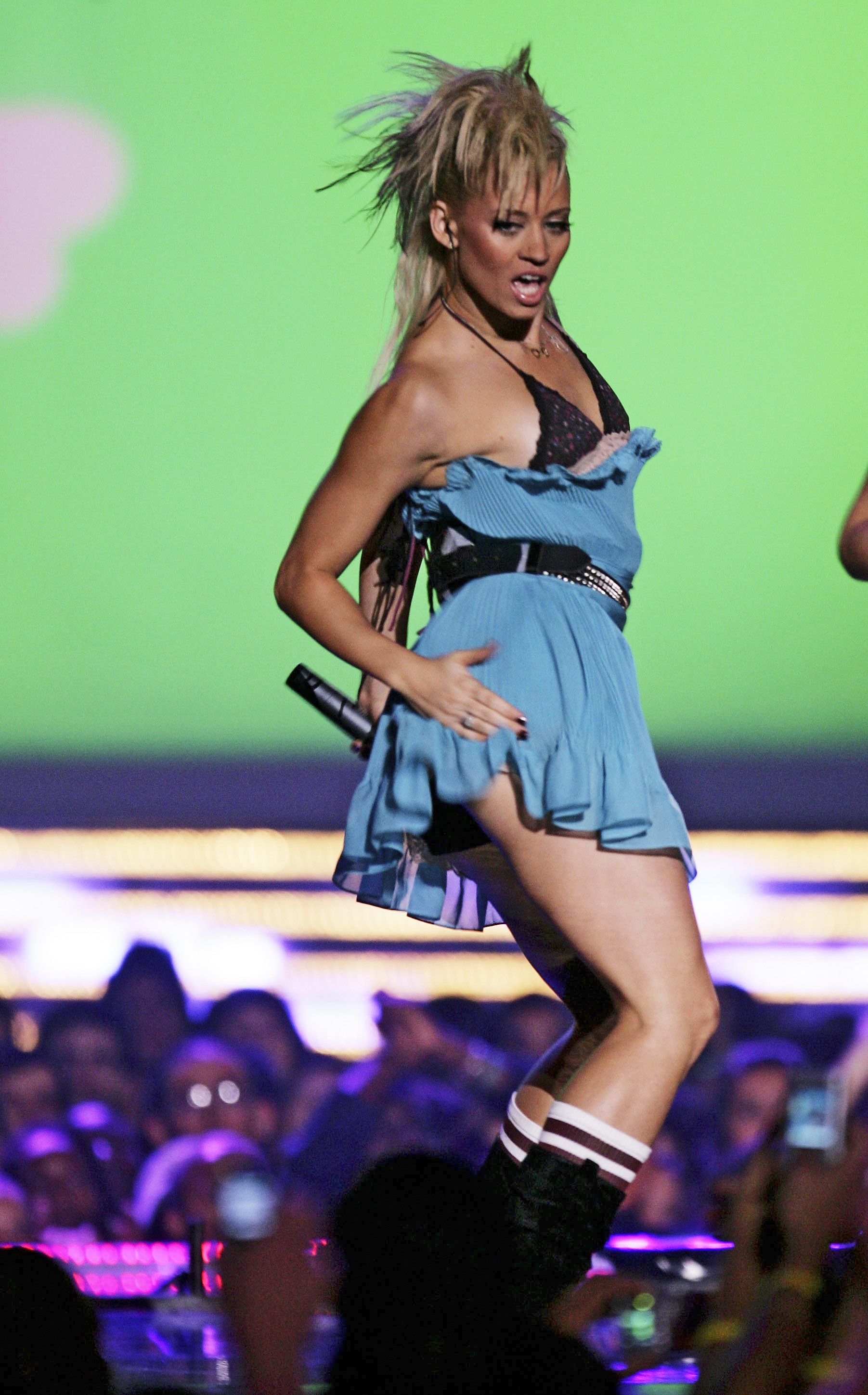 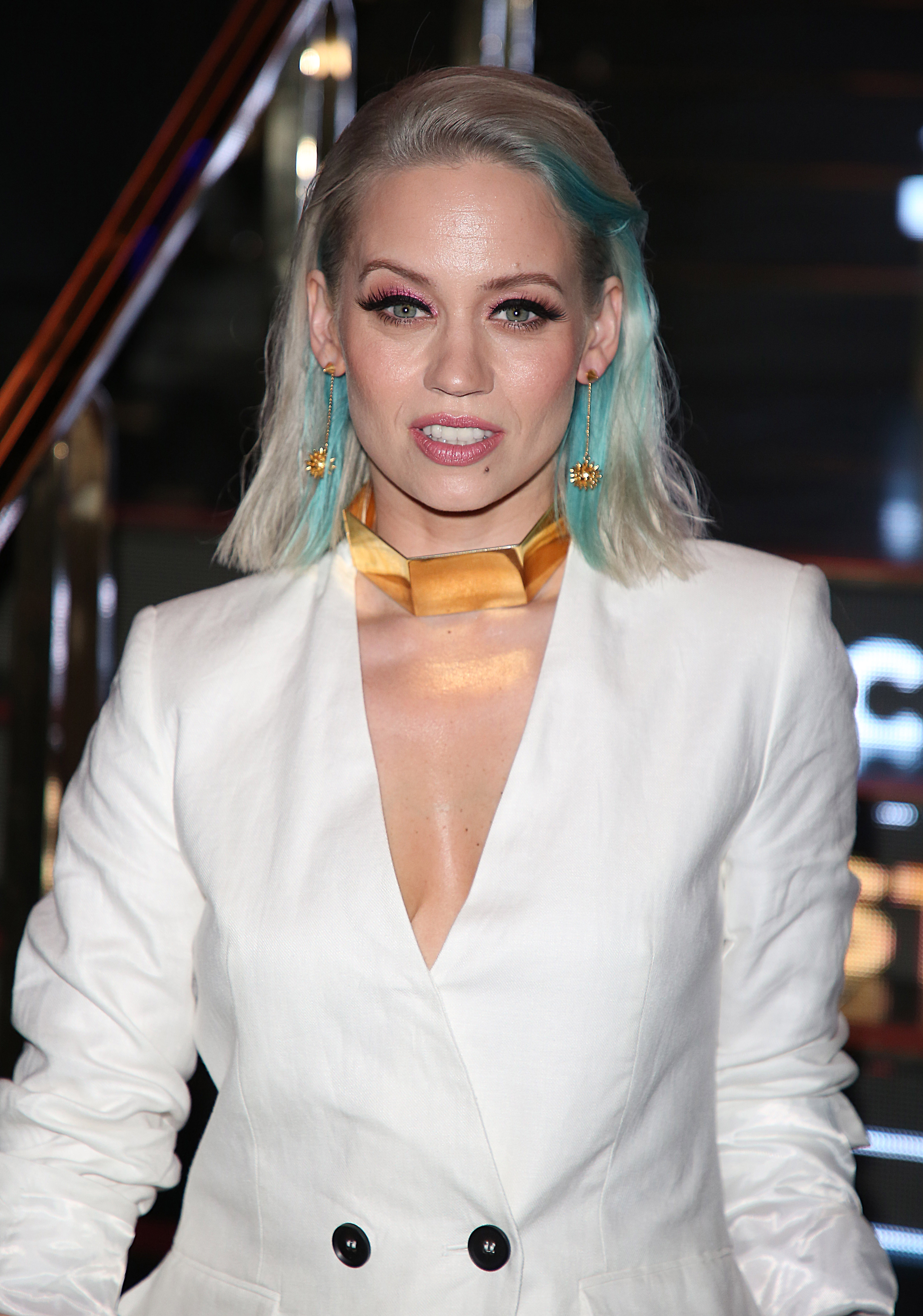 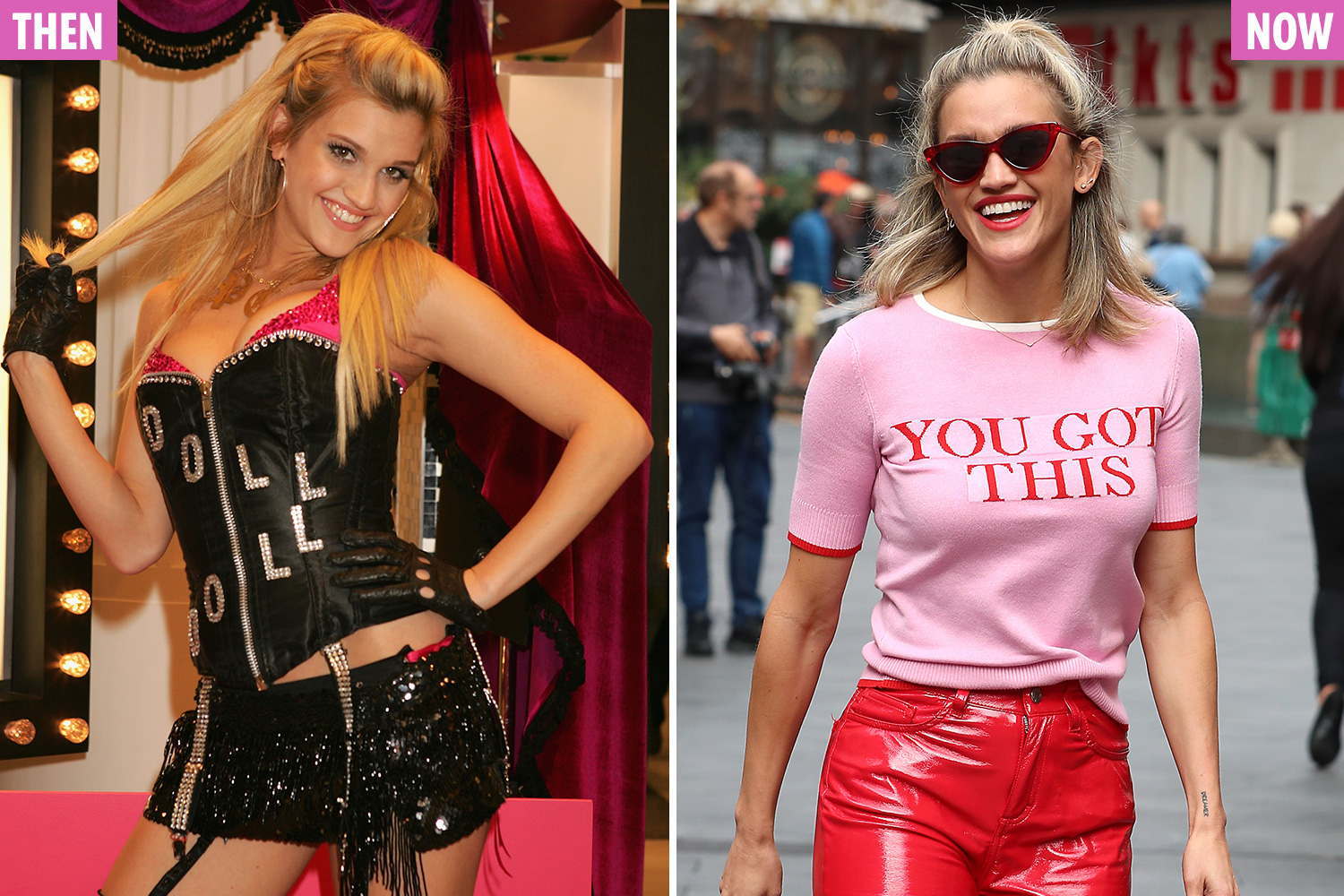 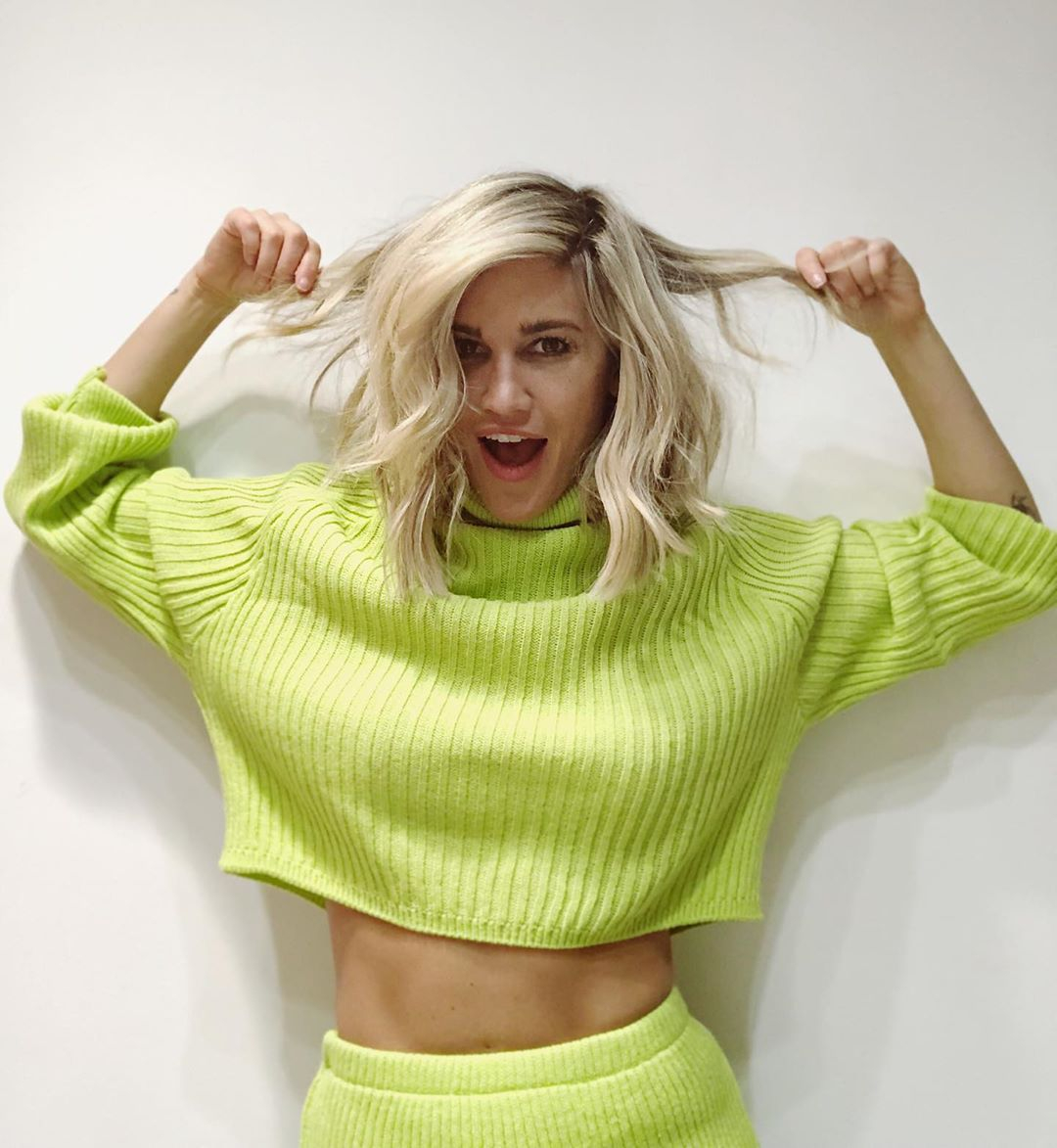 When the Pussycat Dolls first went their separate ways, Ashley Roberts dropped off the showbiz radar.

It wasn't until scooped second place on I'm A Celebrity! Get Me Out Of Here in 2012 that the blonde bombshell, now 40, became a household name in Britain.

Ashley was then snapped up as a panel judge on the ITV show Dancing on Ice for the eighth and ninth series.

In 2014 she started presenting the Ant vs Dec segment on Ant & Dec’s Saturday Night Takeaway, and in February 2015 she joined the second series of The Jump but was eliminated in the second week.

On February 9 2017, Take That star Gary Barlow confirmed he had signed Ashley up as a guest judge on his BBC talent show Let It Shine – she appeared during the semi-final on February 18.

She appeared in the 2018 line-up for Strictly Come Dancing where she was paired with Pasha Kovalev, finishing second to Stacey Dooley and Kevin Clifton.

It was here she met Giovanni Pearceent with the pair announcing their relationship over the Christmas period, before calling it quits a year later.

But Ashley's solo singing career failed to flourish as much as her television roles.

In 2014, she released her debut album, Butterfly Effect, which only reached number 159 in the UK album chart.

Over the summer she took to the stage, appearing in the musical Waitress for eight-weeks. She also presents the Heart breakfast show alongside Amanda Holden. 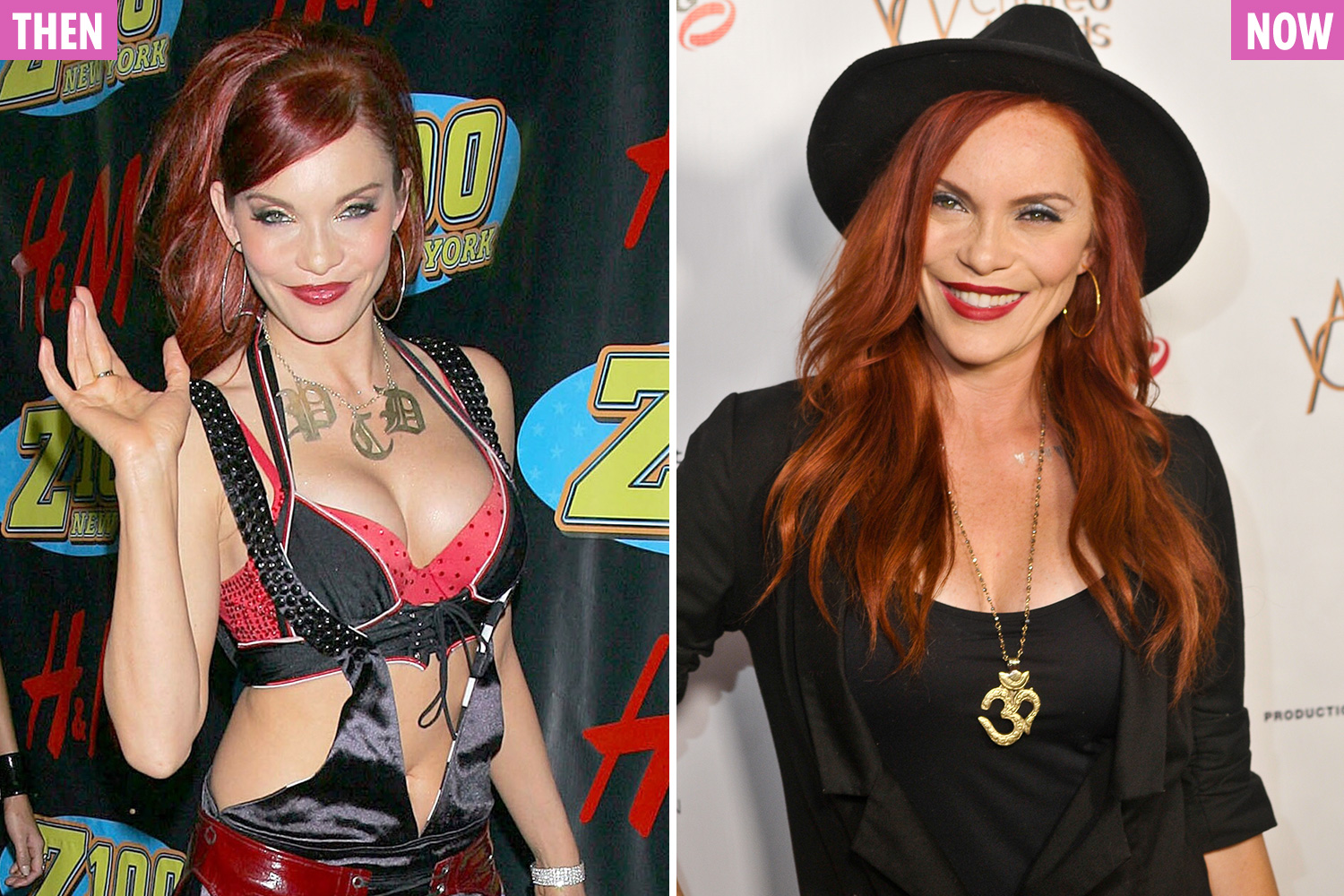 Carmit Bachar was one of the main vocalists and was famous before joining the Pussycat Dolls.

The 47-year-old had danced on stage with Beyoncé and was the Vida Loca girl for Ricky Martin.

Since quitting the band in 2008, Carmit has focused on her music career.

She formed LadyStation in 2011 and released a single called Body In Motion, and ended 2018 with the release of a new single It’s Time.

Carmit also collaborated with Macy Gray in 2010 in her album, The Sellout.

The redhead, who is mum to daughter Keala Rose, is a passionate campaigner for cleft-palate charities.

She suffered from the condition herself as a child. 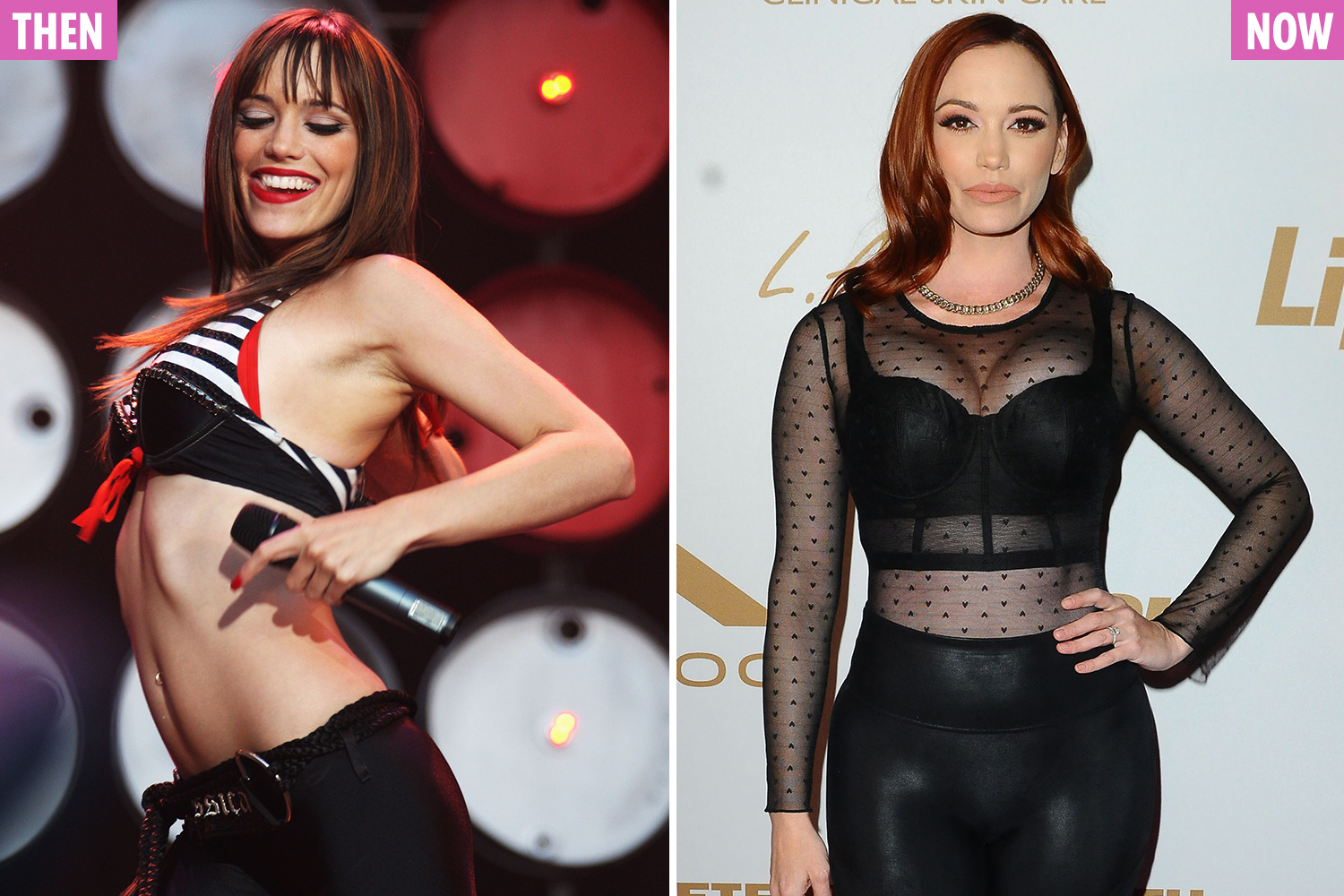 In 2010, Jessica left the Pussycat Dolls to embark on her solo career.

The same year, she released her first single I Wanna Be Bad, which was accompanied by a music video directed by Frank E. Flowers.

Sadly, the 39-year-old didn’t win the public over with her tune – it failed to chart anywhere but Slovakia, where it peaked at 65.

Jessica, who performed at Washington Pride in 2019, married her husband Mikey Marquet in the same year.

The redhead has previously opened up about her booze battles, telling Billboard: "I didn’t realise how destructive alcohol was.

“I was confused and broken, and it was like I had to kill that part of me and be reborn.”

In other celebrity news, Mrs Hinch reveals son Ronnie has ‘invisible speech needs’ after feeling ‘judged’ by other parents.