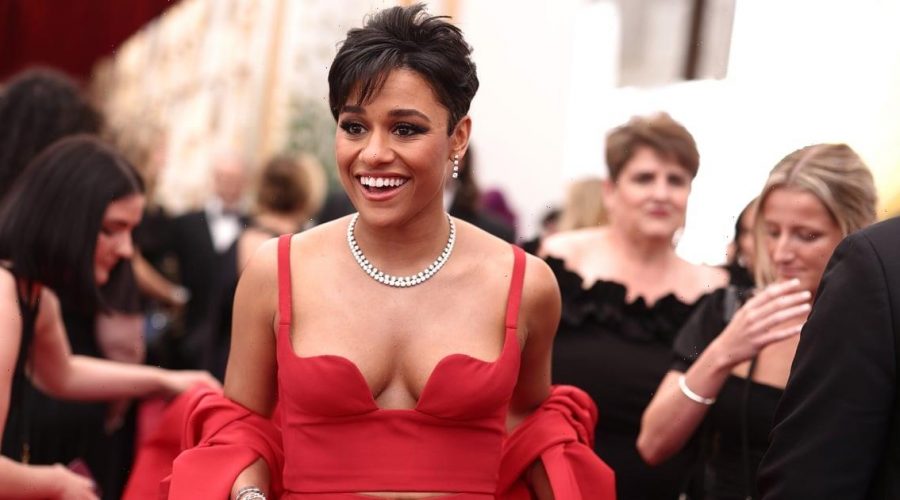 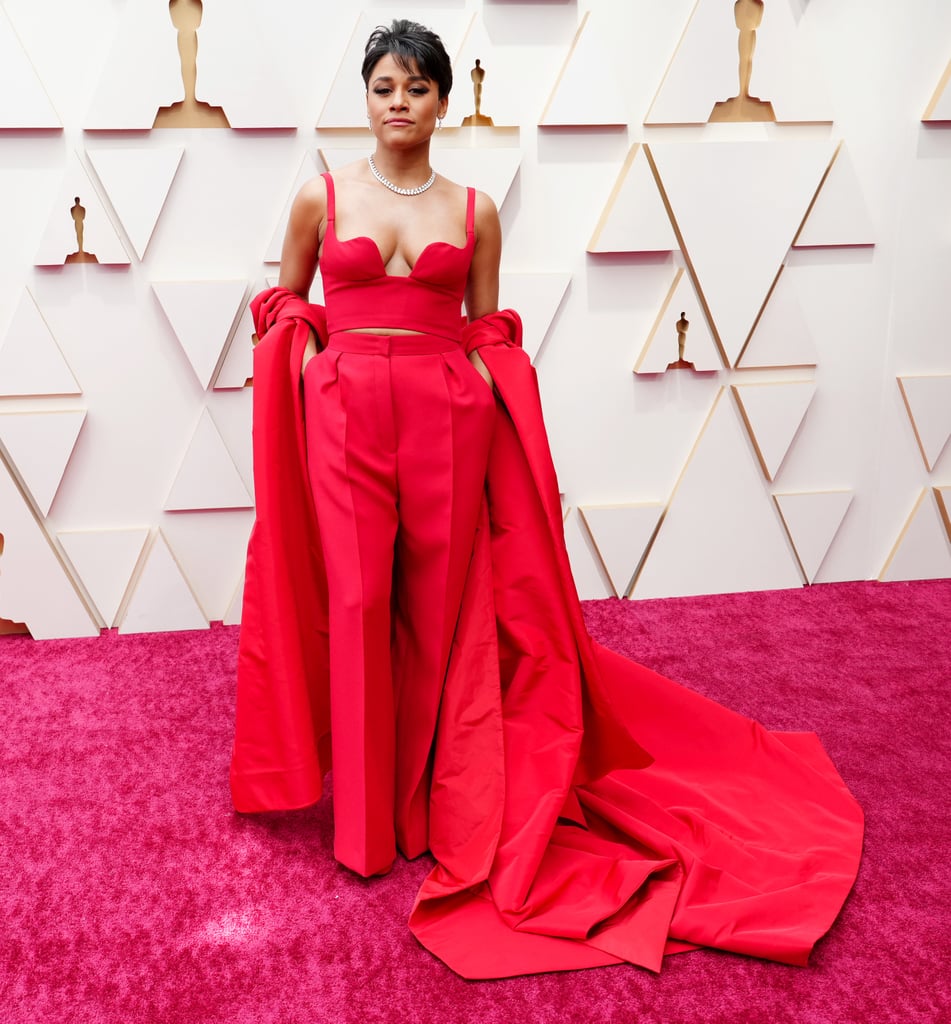 At the 2022 Oscars, “West Side Story” actor Ariana DeBose worked closely with stylist duo Zadrian and Sarah to construct her red carpet look, opting to wear a red pantsuit by Valentino when she made history as the first Afro-Latinx person to win an acting award. She also became the first openly queer woman of color to win an acting Oscar. The 31-year-old star — who took home best actress in a supporting role for her portrayal of Anita in the musical — skipped the traditional ballgown and embraced the power suit instead, topped off with a matching coat. After winning at the Critics’ Choice Awards, BAFTAs, and Golden Globes, DeBose was reportedly searching for an outfit that paid homage to “West Side Story” but also showed young girls they don’t have to conform to what is typical or expected in society in order to succeed.

“We knew from the moment that Ari saw the sketch and yelled, ‘I’m wearing pants to the Oscars!!!!!!’ that it was the one,” Zadrian and Sarah wrote on Instagram. The stylists explained to The Hollywood Reporter that the three-piece set — consisting of pleated, pooling trousers; a sculptural bustier top; and a floor-sweeping coat that draped behind her — blended masculine and feminine details. “It would be disrespectful to someone who is smashing every glass ceiling to put her in something traditional or which reflects any kind of conformity. This is the moment to break with tradition and really go for it,” Sarah Edmiston said.

The shade of red connects to the “America” number DeBose and her castmates perform in “West Side Story,” where the color becomes increasingly prominent in the costumes as the scene progresses. To incorporate an element of menswear through her accessory choices, DeBose’s staggering 80 carats of De Beers jewels were finished with a sleek Omega watch. Later in the evening, she celebrated her win at the Vanity Fair Oscars party in a black, sculptural Mônot minidress with a satin bow at the back. It was a minimalist ensemble appropriate for a postshow soirée: the design didn’t call for more than accessorizing with a shiny gold Oscar statue as her partner, Sue Makkoo, who wore a silk slip dress and the same style of PVC sandals, stood at her side. Ahead, take a closer look at DeBose’s red Valentino ensemble, then catch a glimpse of her stylish appearance at the afterparty.