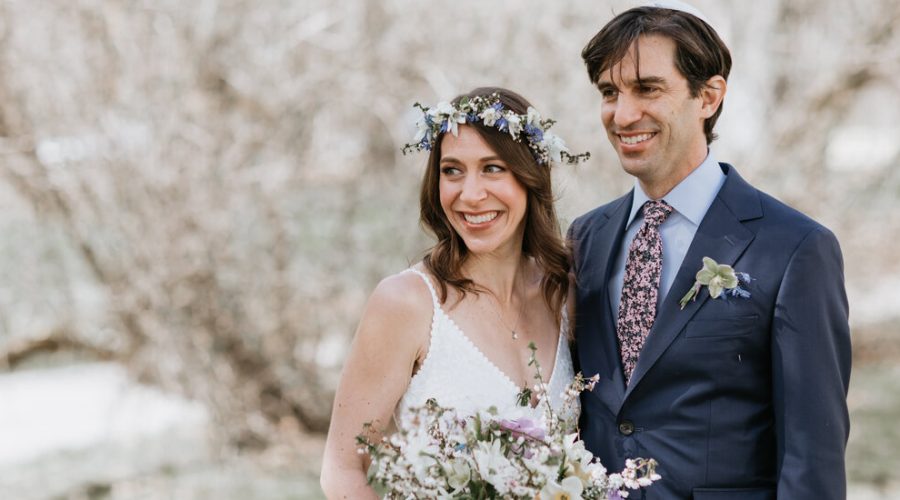 Deborah Breisblatt and Jeremy Lizt met on the Jewish dating app JSwipe in January 2020, when pandemic pods were not yet a thing. They went on dates, 11 to be exact. And then the coronavirus surfaced, and along with it, a shelter-in-place order. Mr. Lizt suggested that Ms. Breisblatt move in with him.

Ms. Breisblatt, who lived in San Francisco, thought the living arrangement would last just a couple of weeks, maybe a month. So she moved across the Bay to Oakland, Calif., where Mr. Lizt lives, and where he has shared custody of his 4-year-old son from a previous relationship.

Ms. Breisblatt, 37, graduated from Duke, from which she also has an M.B.A. and a master’s degree in environmental management. She is a sustainability consultant with Intuit. Mr. Lizt, 45, is a Harvard graduate and has a master’s degree in Jewish studies from the University of Oxford. He is a founder of the data connectivity platform LiveRamp, and is now an independent executive coach.

Early in the lockdown, Mr. Lizt came across a copy of a 2011 book by Charles Fleming, called “Secret Stairs: East Bay: A Walking Guide to the Historic Staircases of Berkeley and Oakland.” Deciding to complete them all was easy, especially since the outings doubled as both exercise and dates.

“They were a great mechanism when there was so little to do,” said Ms. Breisblatt, who has lived in the Bay Area for about three years. “We got to explore parts of the East Bay as well as parts of ourselves.”

As the shutdown continued, Ms. Breisblatt slowly started bringing more of her things over, until months later, she gave up her apartment.

“Jeremy is deeply thoughtful, and has such a clever wit,” she said, “and such a generous heart.”

In late summer, they embarked on a cross-country road trip to meet each other’s families; hers in the Chicago suburbs and his in the Berkshires of Western Massachusetts. 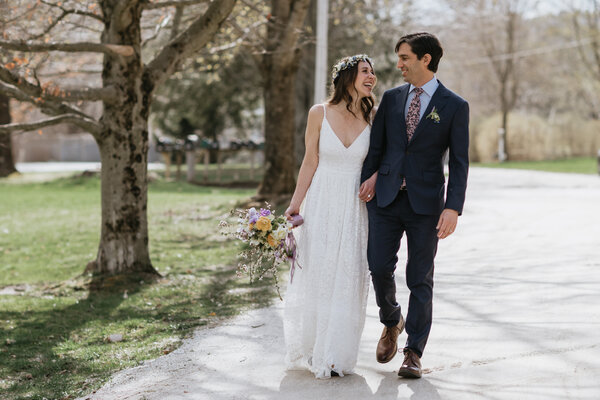 In November 2020, after completing all the walks in the book, they repeated their first stair walk, at Mr. Lizt’s suggestion, which ended with a stunning view of the Bay. There, Mr. Lizt told Ms. Breisblatt they had accidentally missed one walk, and presented her with another copy of the book. In it, Mr. Lizt had created his own page with a walk described as a “5.0 in difficulty with innumerable steps and a duration of two lifetimes.”

Imitating the author’s style, Mr. Lizt wrote: “This is the most challenging — and rewarding — walk in the collection. There are ups and downs, strenuous stretches, a few dull patches here and there, and in many spots the path isn’t especially clear.”

Below, pages had been cut out to make space for a family heirloom ring, which had been reset with a new stone.

The couple were married April 18 at the Old Inn on the Green in New Marlborough, Mass., by Rabbi Jeffrey Sirkman, the senior rabbi of Larchmont Temple in Larchmont, N.Y., where the groom grew up, in front of their immediate families and two friends. More than 100 people watched online. His son served as ring bearer.

Rolls of toilet paper with the couple’s initials and the JSwipe logo were wedding favors.

Ms. Breisblatt will be taking the groom’s name.

“We both had doubts and wondered if we were crazy,” said Mr. Lizt, of their pandemic pod. “But it was obvious to me how amazing Debbie is, and how lucky I am to have found her.”