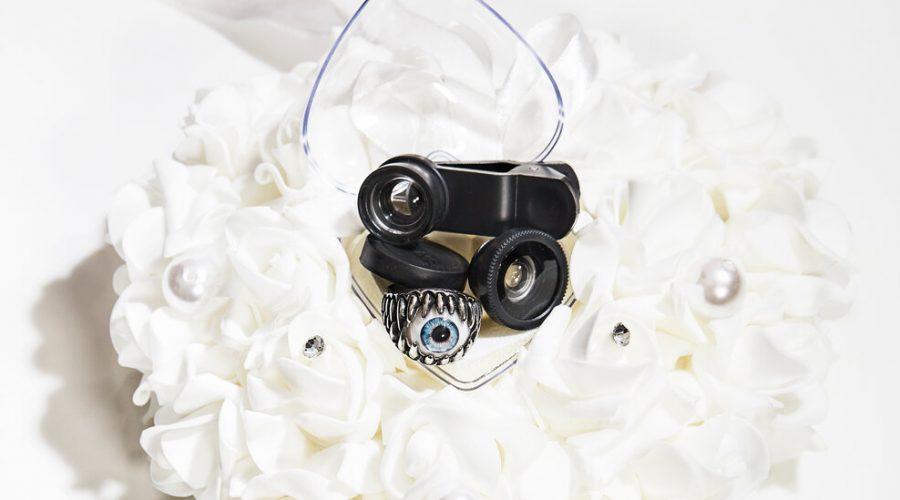 Since 2019, however, it has doubled as a miniature warehouse, distribution point and delivery hub for Wish, the discount e-commerce platform. Between frequent phone calls and walk-ins, Mr. Anglade fishes for orders in boxes stacked high on shelving units he installed in the middle of his shop, providing the last link in a logistical chain that, in most cases, runs straight back to vendors and factories in China. So far, he estimates that he’s moved more than 100,000 packages.

Not that he always knows what’s in them. The items come from a disparate inventory over which Mr. Anglade has little control, built largely out of products, many packaged together, that other customers have neglected to pick up.

Mr. Anglade’s business is among several in the area — a real estate office up the street, a pharmacy about a mile south and a nail salon the next neighborhood over — and more than 50,000 around the world that have partnered with Wish Local, a program started in 2019 to help the e-commerce company and its customers cut down on shipping times and costs. Business owners receive a (very) small commission for each order they fulfill; any additional costs are on them.

A dozen miles from MRK, at Amazon’s JFK8 fulfillment center on Staten Island, thousands of workers perform a complex choreography with fast-moving warehouse robots, sorting and preparing millions of Amazon packages a day for delivery all over the region. MRK is no JFK8. But then again Wish, a virtual bargain bin defined in virtually every way by its cheapness, is no Amazon.

Wish has been described by reporters and analysts as an online dollar store, a drop-shipping portal and, often, an “anti-Amazon.” Its near-infinite scroll of products can veer into the surreal, at prices that seem impossibly low.

Filtered through individualized feeds, Wish sellers offer a dizzying range of items. On a recent refresh, the following were presented to me in rapid sequence: an electric pruning chain saw ($37); a toothbrush for dogs (free, just pay shipping); a knockoff cycling jersey mimicking a surprisingly niche brand ($27, “Featured”); a gaming chair ($8); a silicone spatula ($1.94); a set of fish-eye and zoom lenses for smartphones ($1.82); a motion sensing light for toilet bowls ($4.86, unless added to cart within the next few minutes); enormous “linen” pants ($12, reviews say to size up at least once); a 20-pack of weight loss tea ($2.74); steel-toe shoes ($0.50 while supplies last). New users are offered products for free; regular users are notified of major sales and time-sensitive deals on a daily basis.

In exchange for discounts, customers can expect longer shipping windows, less consistent quality control and a not-insignificant chance that a product was never what it seemed — which, to be fair, isn’t always clear in the first place. (Product listings are often vague and poorly translated.)

Wish’s interface instills in customers a sense that they probably deserve whatever shows up in the mail a week (or four weeks) later. Maybe that’s a nice surprise, like an $8 smartwatch that, against all odds, syncs with your phone’s text messages. Or an essential oil diffuser that doesn’t look much like the photo and won’t power on — but what did you think you were going to get for $13.30? At its best, it’s the proverbial one man’s treasure; not infrequently, it’s truly just junk. (The company is quick to offer refunds when customers bother to ask for them.)

Wish lost $745 million on $2.5 billion in revenue in 2020, but says it is growing quickly and has more than 100 million monthly active users. The app has marketed itself aggressively to consumers and was once reported to be the largest single advertiser on Instagram. Basketball fans may recognize its logo from the jerseys of the Los Angeles Lakers.

The app’s parent company, ContextLogic, went public last year, but investors seemed worried about the limits of Wish’s business model and the stock has faltered. Attempts to speed up cross-border shipping were somewhat effective but costly, especially relative to such low-margin products. Rising cross-border shipping costs represented a major threat.

“Traditionally, Wish was a company where people were willing to trade some time to save some money,” said Glenn Lehrman, a spokesman for the company. Wish Local, he said, presented a different trade-off. “What if, in exchange for keeping that price low, you’re willing to walk down to the local store?”

Wish had already invested in physical infrastructure, including sorting centers, in China and begun renting some warehouse space in major markets, enabling faster shipping on some products. Its goal, however, had always been to function as much as possible as a stripped-down commerce platform, connecting sellers and buyers with minimal overhead, interference, or assistance — unlike Amazon, whose extensive global infrastructure is both extremely effective and extremely expensive to operate. (“We’re on the other end of the spectrum on logistics,” said Tony Shagday, who works in business development for Wish.)

“Can you be the biggest e-commerce company in the world without owning any warehouse space?” Mr. Lehrman wondered. Wish Local, through which the company hopes to knit together thousands of stores into a logistics operation of its own, is part of an attempt to find out.

The Perks of Pickups

What does it mean to join the “Local” program of one of the least local retail operations imaginable? Partners are given a few options.

They can serve as a pickup point, holding packages that customers have decided to “ship to store” for free — an arrangement that Wish estimates cuts its per-package delivery cost by 20 percent. (Partners get 50 cents per pickup.) Partners can also choose to keep stock some of Wish’s best sellers in their businesses, which will show up to customers as ready for immediate pickup, with the same 50 cent commission. Partners can sign up to deliver packages locally for a higher rate — $4 per delivery. Retail locations can also list their own products for local pickup with, for now, no commission taken by Wish.

Wish initially reached out to small businesses in areas where it knew it had a lot of customers and opened Wish Local up for applications. Salahuddin Siddiqui, a manager at Health Wise Pharmacy, located a short walk from MRK Computing Solutions, signed up in early 2020, after picking up a Wish package from a participating pharmacy near his home. The pickup fees were tiny, but the prospect of additional foot traffic was appealing, he said.

“You wouldn’t believe how many customers didn’t know we were here,” Mr. Siddiqui said. “We have a big CVS down the street.” He didn’t stock any products intentionally, but items that customers failed to pick up within the prescribed window time started to build up, providing him with an inventory by default, to which he devoted a section of the store.

Soon, however, New York City became the epicenter of the Covid-19 pandemic. Foot traffic plummeted, but orders started changing. Items of his own that he had listed in the app — disinfectants, vitamins, soaps — were suddenly in high demand. (During the early days of the pandemic, Mr. Shagday of Wish said, “CPG items” — consumer packaged goods, including food — “were really big.”) My order contained an imitation Swiss Army watch ($6), a pair of socks that say “Do Not Disturb” and “I’m Gaming” across their bottoms ($5.86) and, from Mr. Siddiqui’s inventory, a large bottle of Lysol spray ($8.10).

Sales have normalized, but Mr. Siddiqui is sticking with the program. “I don’t mind it,” he said. “At the end of the day, it seems like we’re both getting something out of it. You help me, I help you.” He’s picked up new pharmacy customers. As for Wish, he says, they get faster delivery time. While the overall economics aren’t totally clear from the outside, Mr. Siddiqui said, they must be doing something right. Orders keep coming through, and Wish’s logo is on basketball jerseys. “I think somewhere down the line, maybe they’ll start bothering Amazon,” he said.

There is an element of surprise in each Wish Local pickup. One of my attempts failed because nobody present in a store was aware of its participation in the program. Another set off a lengthy text exchange between the employee at the front desk and the out-of-town owner who had signed up for the program. Eventually, after taking a photo of a QR code on my phone to text to his boss, the employee was able to hand over my order: a T-shirt with a giant wolf’s face on it ($8.55) and a “mystery box” ($9.50) which turned out to contain some artificial flower petals, foam bunting and table decorations — an unclaimed packaged apparently ordered by someone planning a wedding last year.

The success of Wish Local has been mixed, as some of its partners attest, but Ship to Store has been a bright spot. In Italy, which is one of Wish’s largest markets, Local already accounts for about 25 percent of sales, and it’s been a source of growth in Mexico.

Wish’s parent company noted in financial disclosures that Wish Local accounted for six percent of total sales on the platform in Q4 of 2020 , a share the company expects to see grow. By outsourcing warehousing and logistics to freelancers, however, Wish is placing its future in the hands of thousands of small business owners whose priorities might not perfectly align, in ways both immediate and more ideological, with Wish’s enormous experiment in factory-direct cross-border shopping.

Aside from using the Wish Local app to scan packages, partners don’t follow any sort of playbook for dealing with inventory or customers. For Mr. Anglade of MRK, that’s been a challenge.

At first, Wish was sending weekly boxes full of popular products for him to keep in his store, but they were arriving faster than they were selling. “My office space looked more like a warehouse than the business that it is,” he said. Eventually, he told them to stop. His business experimented with Wish deliveries, each of which paid $4. But despite instructions to restrict his delivery radius, the app occasionally asked him to travel many miles away or across the East River. Hiring an employee just for Wish deliveries didn’t make economic sense, so he paused that program too.

Volume really picked up when Wish expanded its Ship to Store option, but this system was also out of balance. Customers frequently failed to pick up packages and inventory, now weirder and less sellable, once again swelled. Absent guidance from Wish, Mr. Anglade devised a package retrieval system not entirely unlike the one used in warehouses like Amazon’s — sans robots. “I came up with a system to reference product codes on a piece of paper, and labeled the outside of some boxes,” he said.

Wish Local partners aren’t just deputized warehousers but de facto customer service representatives. “I’ve heard all kinds of stories, people who have said the stuff was much lower quality than expected, or different from what’s desired,” Mr. Anglade said. “We have to feel the brunt of the disappointment, and there’s only so much I can do, especially with what the compensation is.”

Mr. Lehrman of Wish emphasized that Wish Local was still in an early experimental stage but that the company is working on solutions for unclaimed packages. “Ultimately, we want to work on solving it at the source of the issue, which is getting customers to complete their pickups,” he said.

Mr. Anglade has reached out to Wish with feedback and decided to stop receiving shipments for now. “They love what we’ve been able to generate for them,” he said, “but we can’t tolerate it” — at least, not until his floor has been cleared.