FABULOUS Challenges is back, and next March we’ll be trekking to the beautiful ancient city of Petra in Jordan in aid of Jo’s Cervical Cancer Trust. And you can be there, too!

We have one more surprise up our sleeve, and that’s our brand-new team captains – former Love Island winner Amber Gill and TV presenter Scarlett Moffatt! 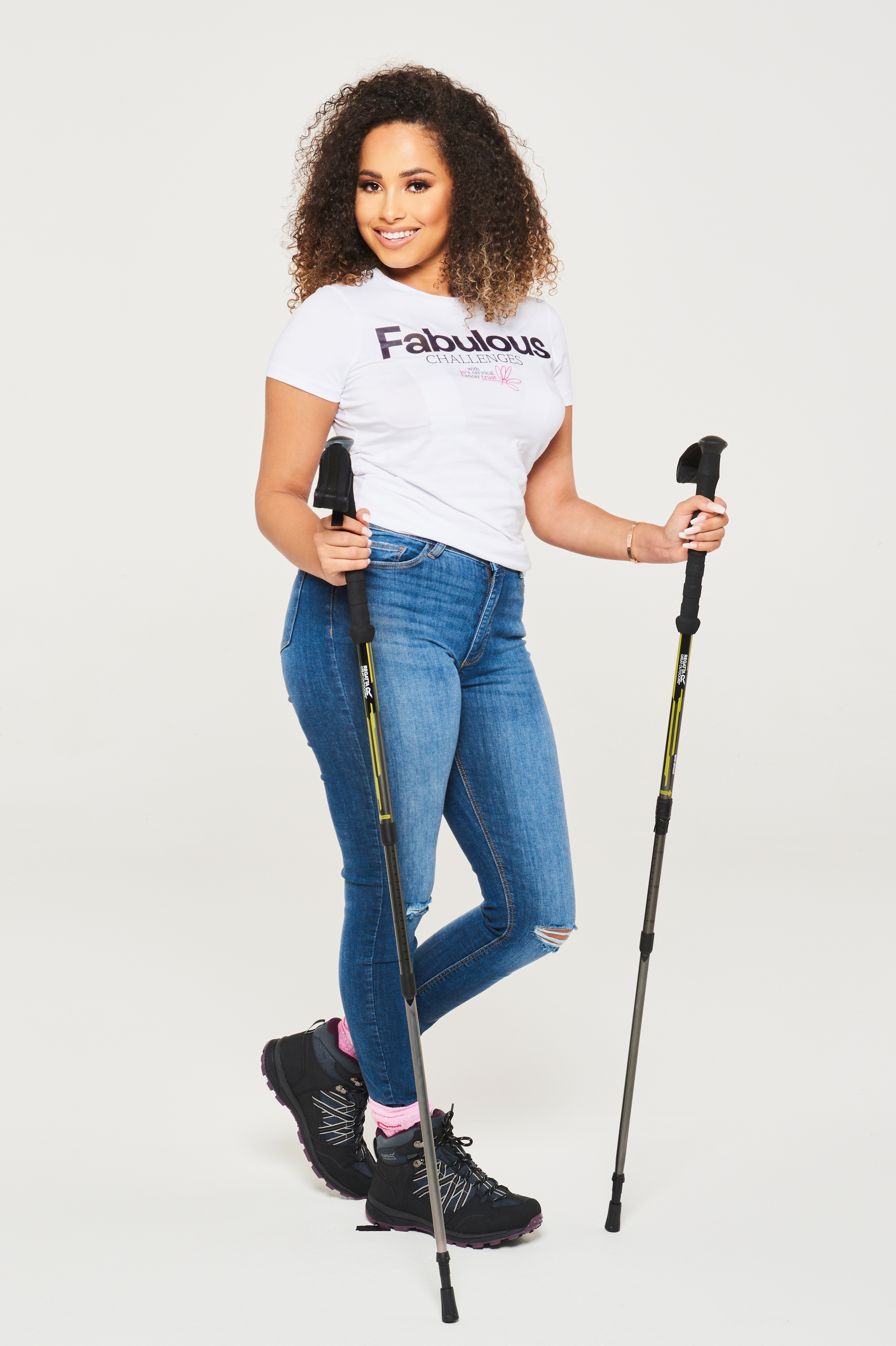 We’re so excited to have them on board to lead our latest charity challenge in aid of a very worthwhile cause – and one that is close to Scarlett’s own heart.

“Doctors found abnormal cells in my smear test in September last year, so I had to have them removed,” says Scarlett, 30.

“I now have a smear test every six months, rather than every three years, and a recent biopsy showed pre-cancerous cells again, so I had another op to remove them earlier this month. It’s something that I have to keep an eye on to prevent myself from getting cervical cancer in the future. I want to encourage other women to get their smear tests, too.”

Scarlett reveals that she’s nervous, but very excited, to be taking on the 47-mile hike with Fabulous. 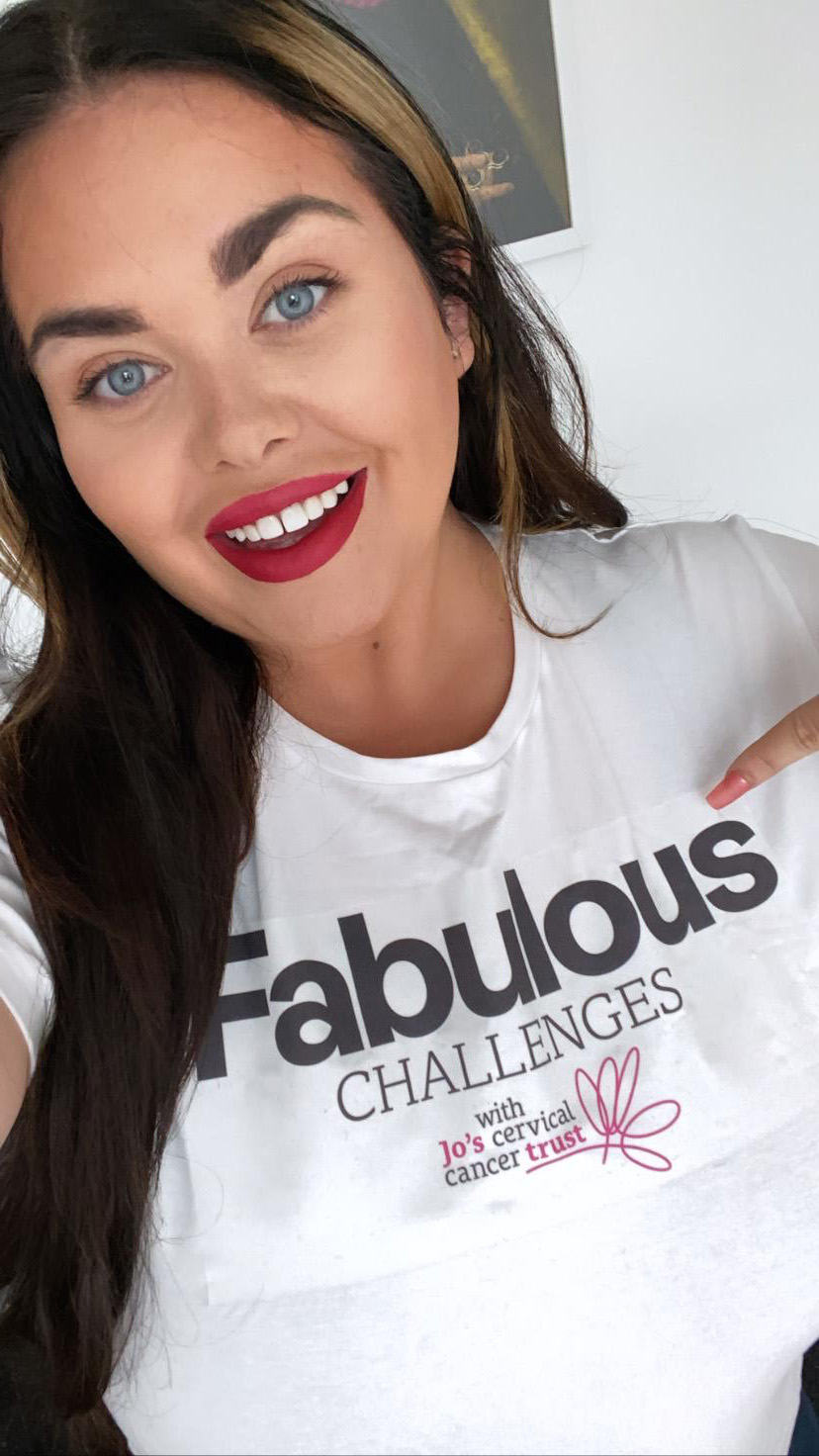 “I can’t wait! And my mam Betty is also going to join us,” she says. “Only she’s likely to put me to shame as she’s very fit and does half-marathons! We’re going to start training for the hike in the next few weeks.”

Our second celeb captain Amber, 21, is just as excited. “I’ve never done anything like this before,” she says.

“The experience will be amazing and I can’t wait to visit Petra – it’s on my bucket list. Jo’s puts out such an important message to women and I want to support them in any way I can. Smear tests aren’t fun, but they’re so important and I want to get more people talking about them – it’s
essential in every woman’s life.”

Since Fabulous Challenges launched in 2014 with breast cancer charity CoppaFeel!, our annual treks have raised more than £1.2million, and now we can’t wait to see what we can achieve for our new charity partner. 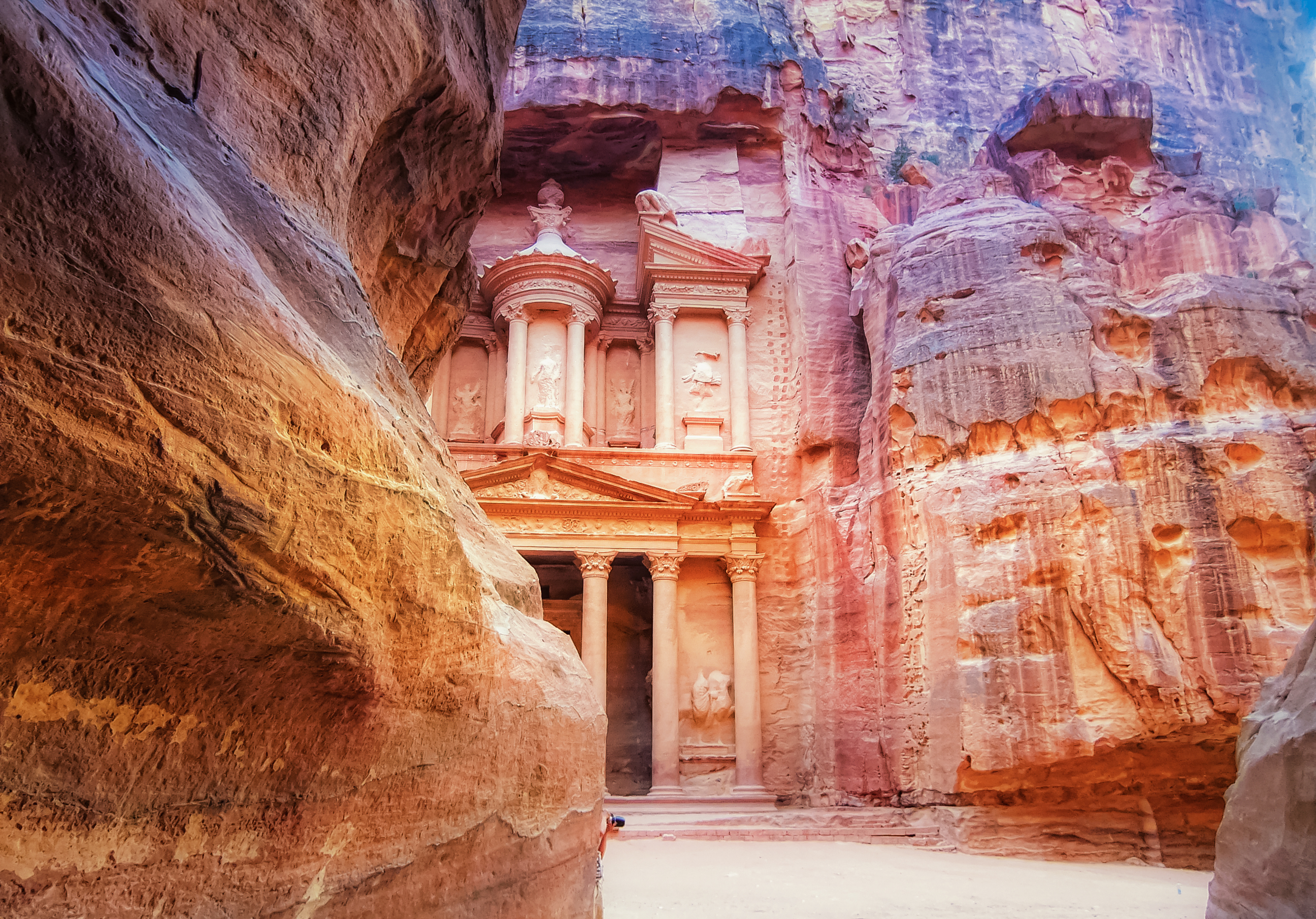 Next year’s eight-day challenge will take place March 14-21. This will give those readers who have already signed up more time to fund-raise and train – plus it means there’s still time for you to join the teams.

If you’re successful, you’ll journey through deserts and valleys before reaching the city carved into rose-pink mountains dating back to 300BC. To soothe your aching feet you’ll bathe in the restorative waters of the Dead Sea, and you’ll even get to camp under the stars in a traditional Bedouin campsite.

All funds raised will go to Jo’s, which was founded 20 years ago by James Maxwell, whose wife Jo tragically died of cervical cancer in 1999, aged 40.

The charity works to raise awareness of the disease, which affects 3,200 women in the UK each year. And now it’s your turn to help – so who’s
joining us? 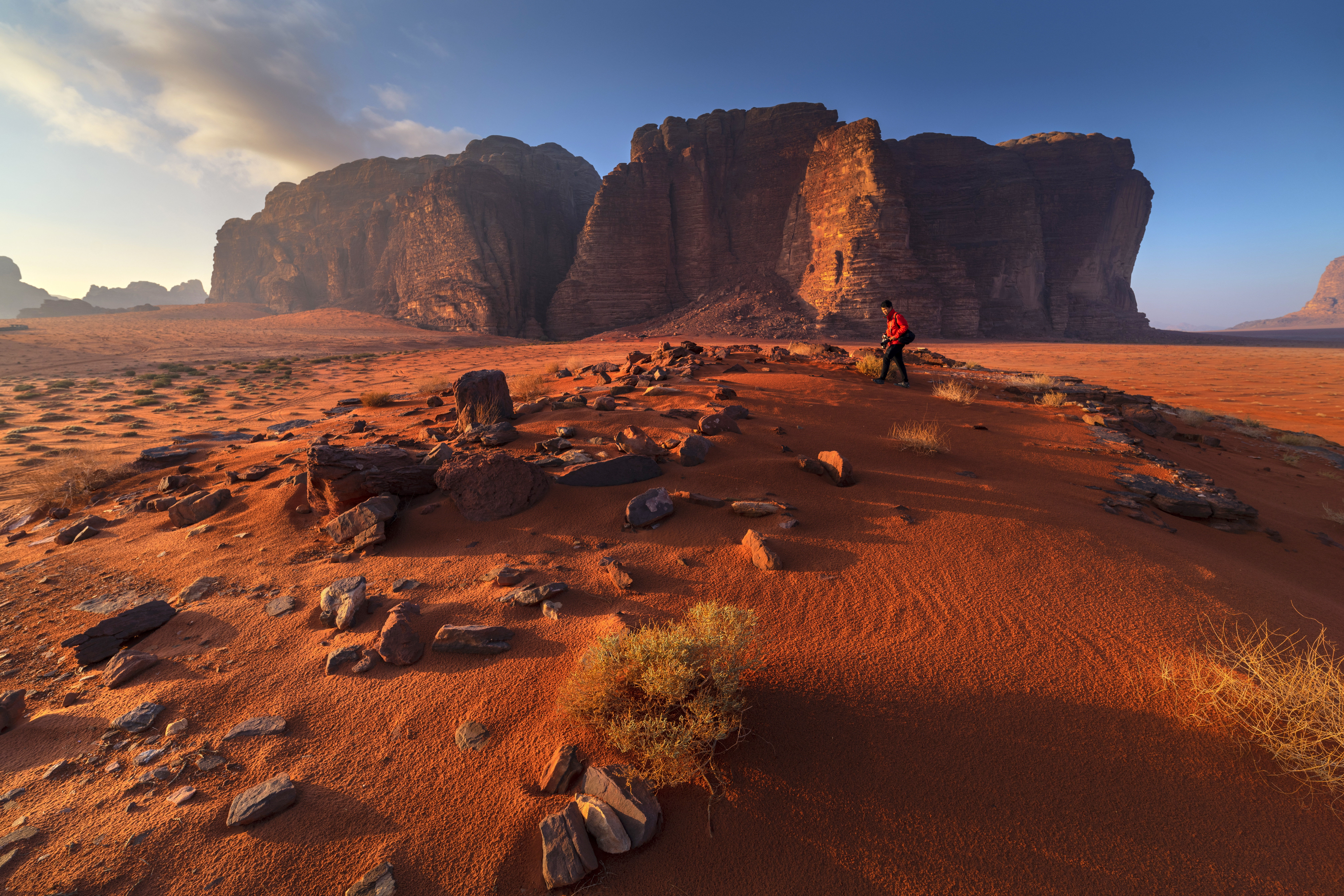 HELEN O’Donnell, 50, a charity chief executive, will be trekking to Petra with her daughter Eloise, 20.

Helen was diagnosed with early stage cervical cancer in January. 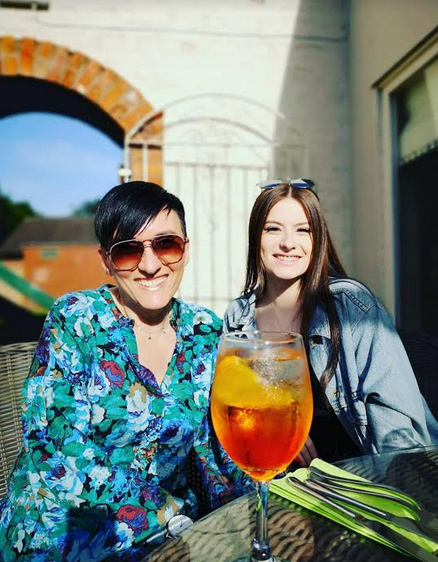 “After a routine smear test in September 2019 showed that I had cell changes and HPV, I was sent for a colposcopy at the hospital, which revealed that I had early stage cervical cancer.

It was very surreal hearing the news that I had cancer – it was like an out-of-body experience. I was terrified that I would die and leave my three daughters, Katie, 26, Eloise, 20, Ava, nine, and my husband Simon, 51, on their own. I worried I would never see Katie get married, Eloise graduate uni, or Ava grow up.

I was a young mum at 23, and there is still so much I want to do with my life once my daughters have all left home. When I told my family the news, they were so supportive, but I could tell how worried they were.

Staff at the hospital were brilliant, and I knew I was in very safe hands. I had treatment to remove the cells, and in February this year, a biopsy revealed that the cancer had been removed and I didn’t need any further procedures.

All I felt was relief flooding through me that I would still be there for my family. I’ll now have a smear test each year for the next 10 years to keep an eye on it.

Catching my cancer early was key to treating it, and I can’t urge women enough to get their smears done. People are postponing their tests because of coronavirus fears, but please go and get yours done – it takes just a few minutes and can save your life. It really is a case of the earlier it’s caught, the better.

To celebrate being cancer-free and turning 50, I’ve signed up to do the trek with Eloise. Although I’m quite fit, I know the training will be tough, but I can’t wait to get stuck in and support Jo’s – a charity that’s there for women like me as they go through a cancer diagnosis, treatment and recovery.”

11/22/2020 Fashion Comments Off on Take on life-changing Fabulous Challenges to support Jo's Cervical Cancer Trust with Scarlett Moffatt and Amber Gill
Recent Posts
We and our partners use cookies on this site to improve our service, perform analytics, personalize advertising, measure advertising performance, and remember website preferences.Ok