A STUDENT who keeps knocking over pints with her 34J bust is crowdfunding for a breast reduction op.

Amber Roach has one of the biggest natural busts in Britain for her 5ft 3in frame. 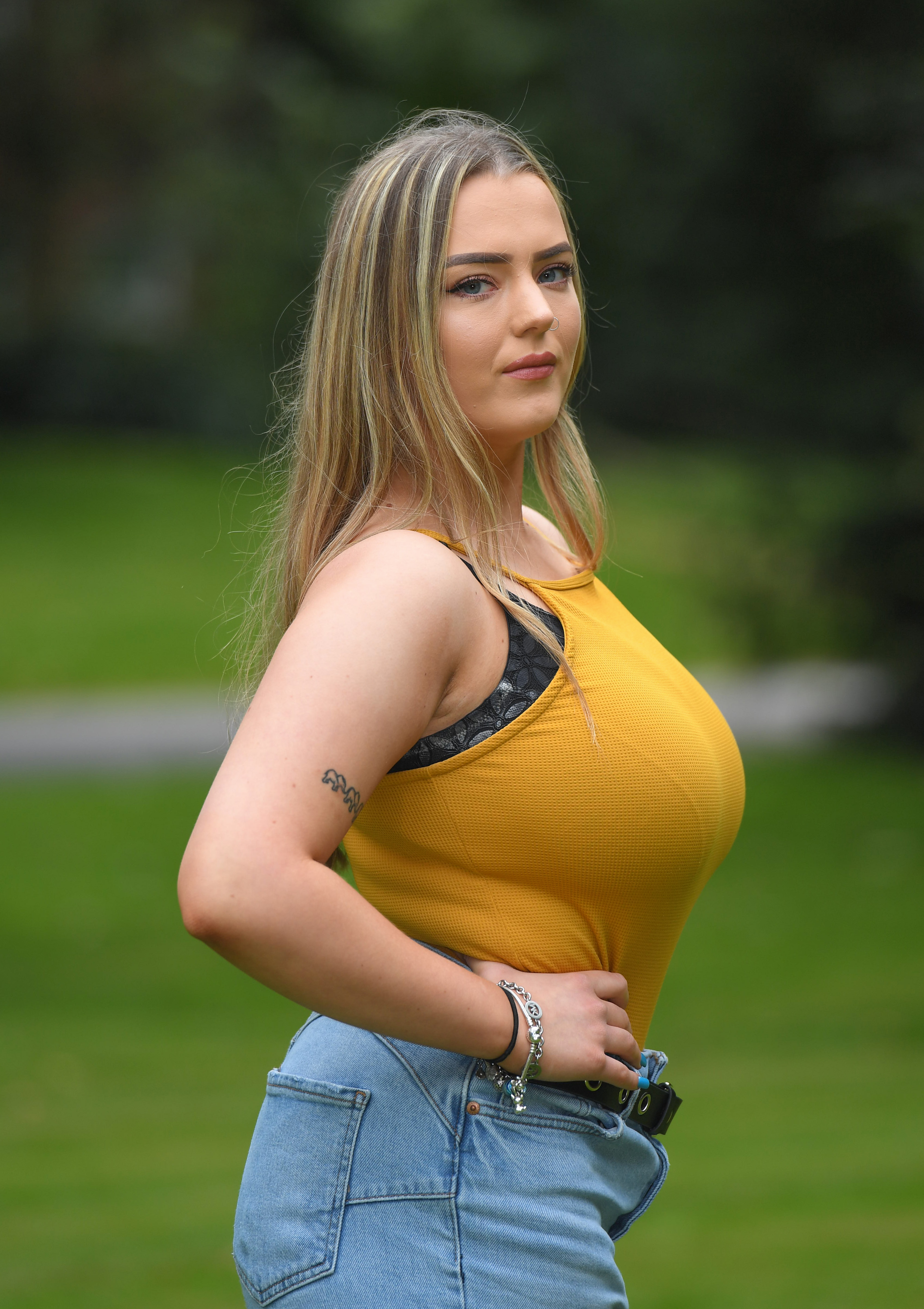 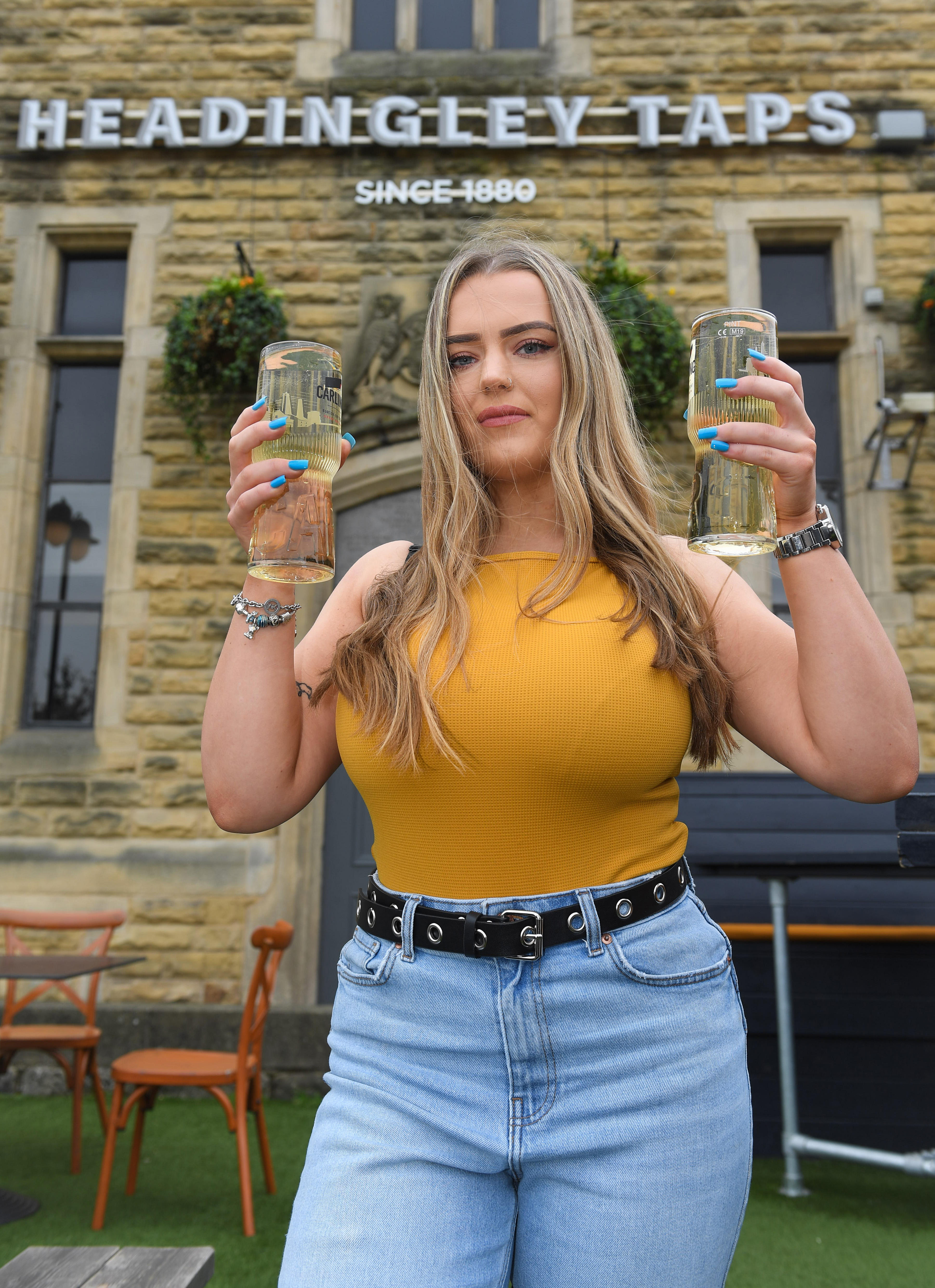 But her “cartoon boobs” are anything but a blessing as Amber, 20, struggles to get out of bed, must squeeze on to busy buses and cannot play sport.

The 9st law student, whose breasts weigh more than a stone, said: “Everyone always thinks of big boobs as a good thing and I know, in so many ways, I am blessed.

"But the truth is they are ruining my life.

“I know with so many problems in the world that sounds extreme but it is a constant inconvenience.

“I just can’t get past people in a pub or a club. If I stand up or turn around I knock glasses flying.

"I can’t even go into smaller shops or boutiques because I knock everything off the shelves. 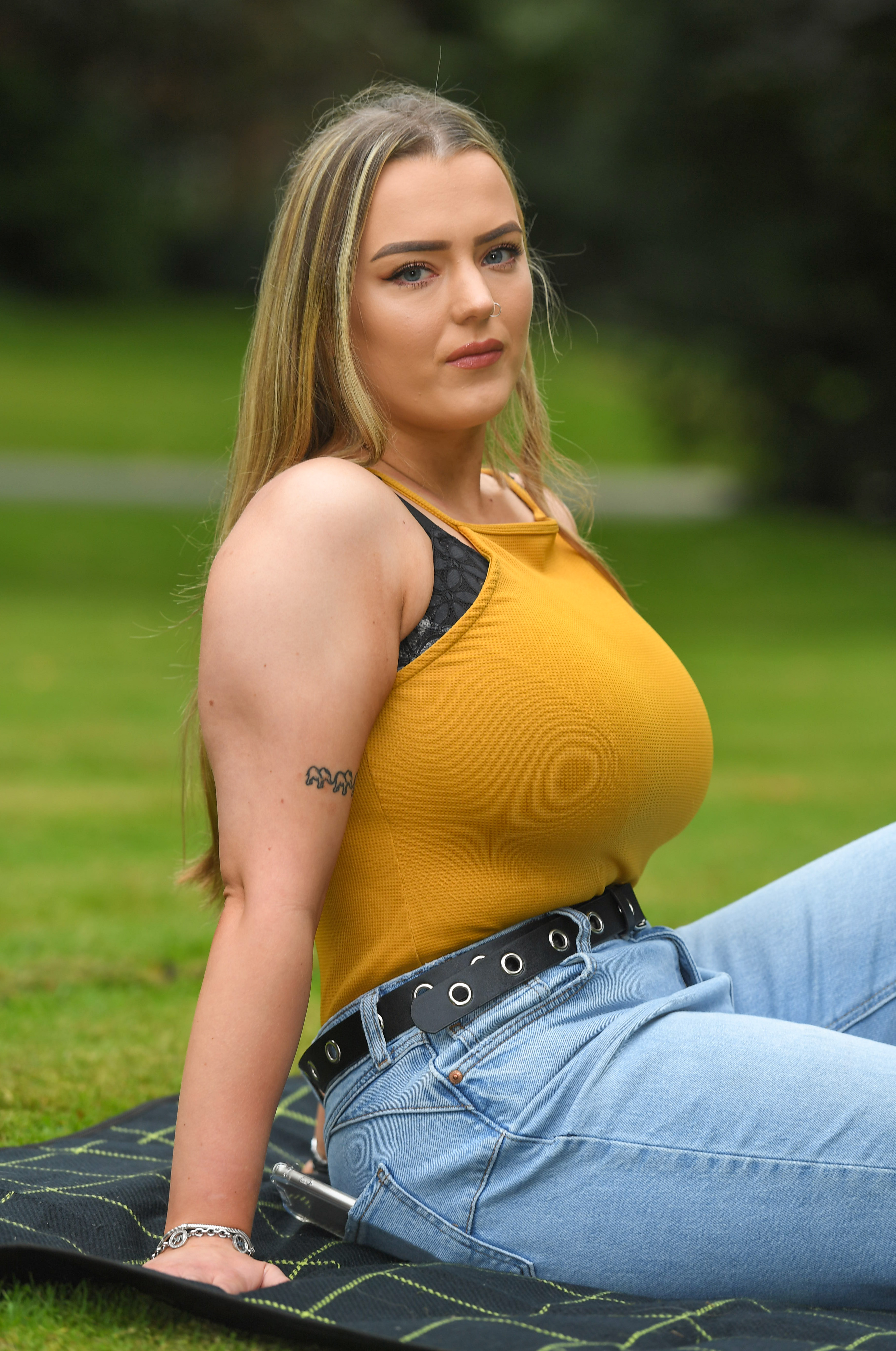 "It has got to the stage where I have to hold in my boobs to squeeze past people.”

Single Amber, from Watford, Herts, is also fed up of being treated like an object and hates laddish comments.

She hopes to reduce to a D cup but has been turned down for an NHS op because her breasts fall under the size threshold.

She claims medical experts fail to take into account her size 8 frame.

She has now posted on GoFundMe in the hope of raising £5,000. 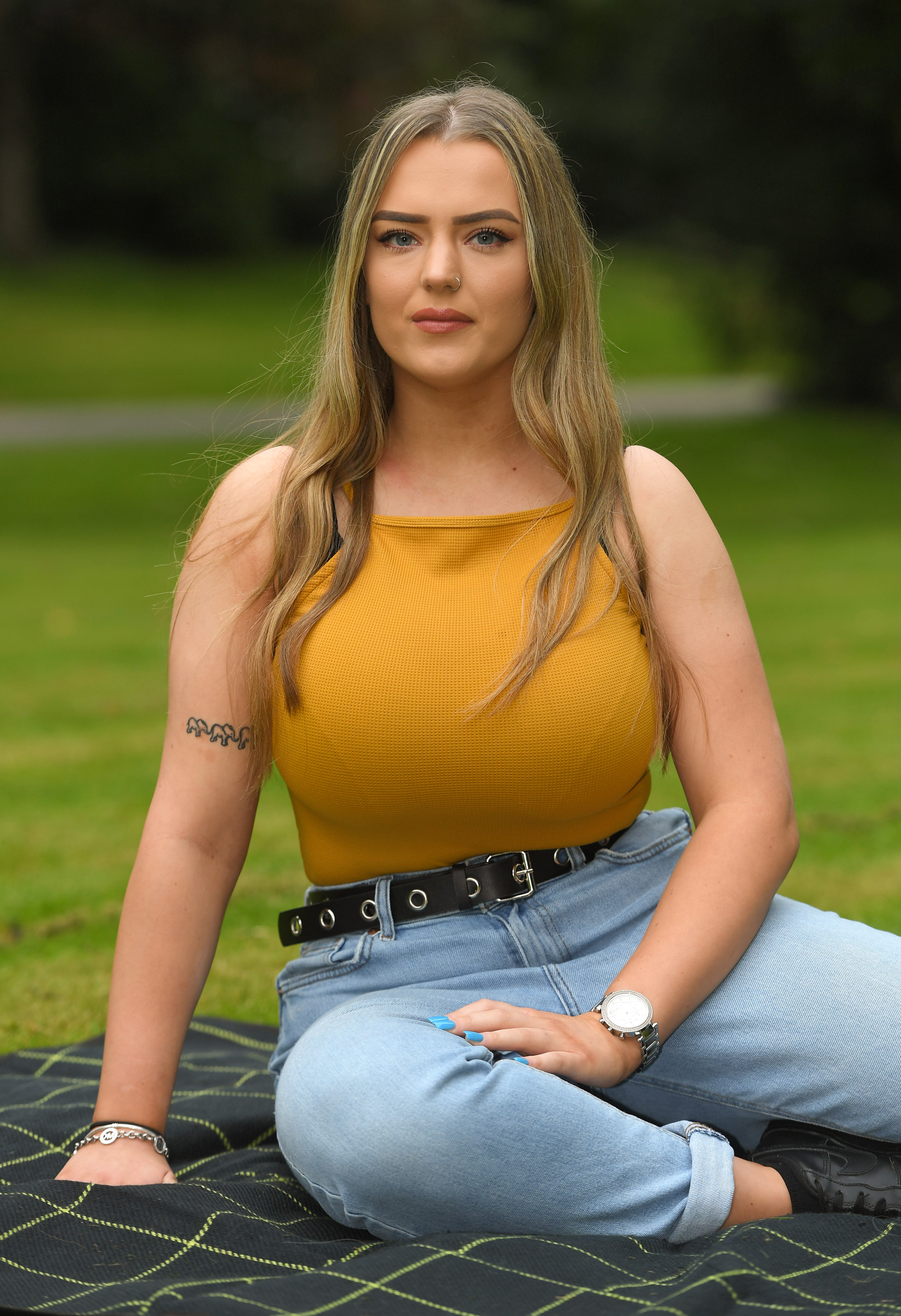 Amber added: “It’s so difficult to be taken seriously, especially by men because they are just talking to my boobs all the time.

"But men are the last reason I am doing this.

“I need to be able to live a normal life before I can even think about a bloke.”

Former county-level athlete Amber has not been able to run or play netball for three years.

She added: “I was always sport mad. I used to play county netball at school.

“I loved football, rugby, trampolining and athletics 1,500m and 400m. But it is now three years since I have been able to run and even then I had to wear two bras and tuck in my arms.

“It’s so frustrating because I can’t have the stress release of sport. 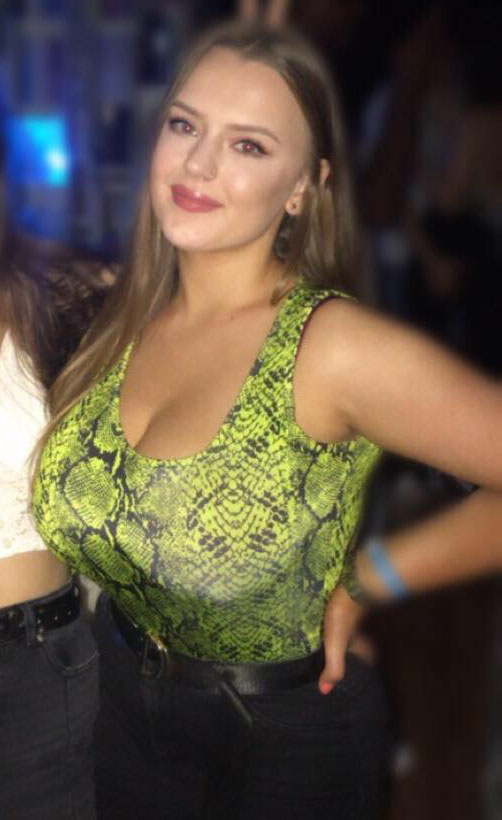 “Even sitting is a chore because these things have affected my posture so much.

“When I’m in lecture theatres I have to rest my boobs on the fold-down tables.”

Amber gets her huge assets from her mum’s side. Her aunt and sister also struggle but have larger frames.

Amber has had physio since being an E-cup as a teen, and has been warned she could need a wheelchair if the strain on her lower back is not eased. 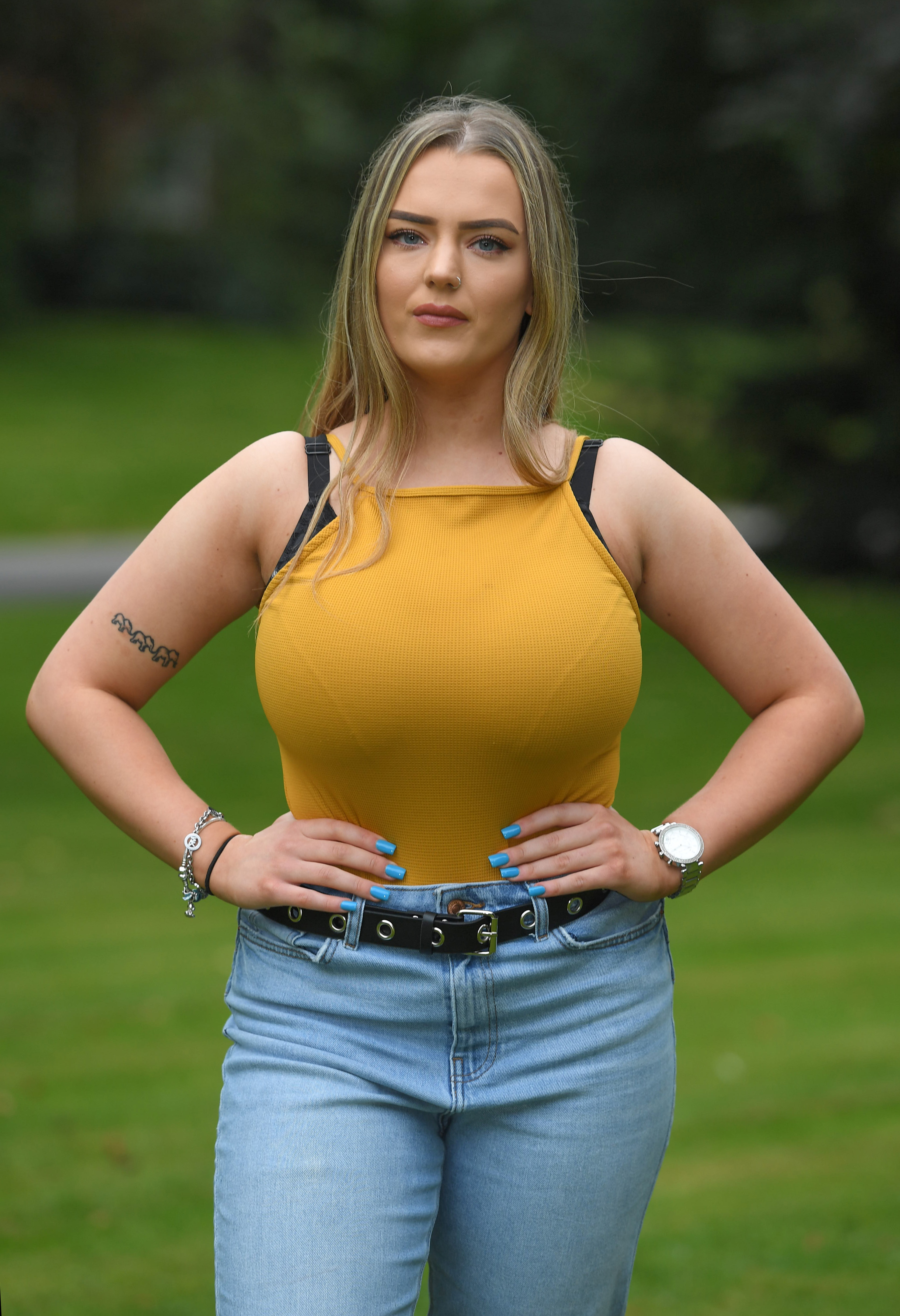 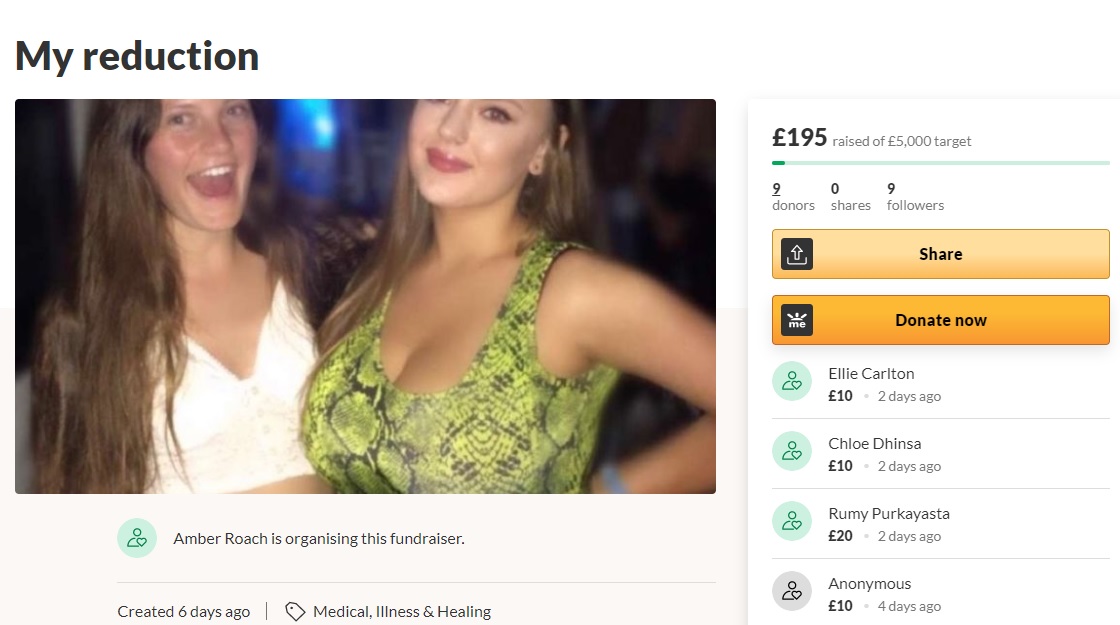 Posting her appeal last week, Amber wrote: “I can assure you this has been a last resort.

"I will be thankful for any donation as it will help change my lifestyle significantly.”

09/18/2020 Fashion Comments Off on Student with natural 34J boobs crowdfunds for reduction op because her breasts knock over pints
Recent Posts
We and our partners use cookies on this site to improve our service, perform analytics, personalize advertising, measure advertising performance, and remember website preferences.Ok