Natasha Martlew had rigorously followed a skincare routine to keep her spots at bay, using soap, water and a light moisturiser – and decided to boost it by introducing salicylic acid. 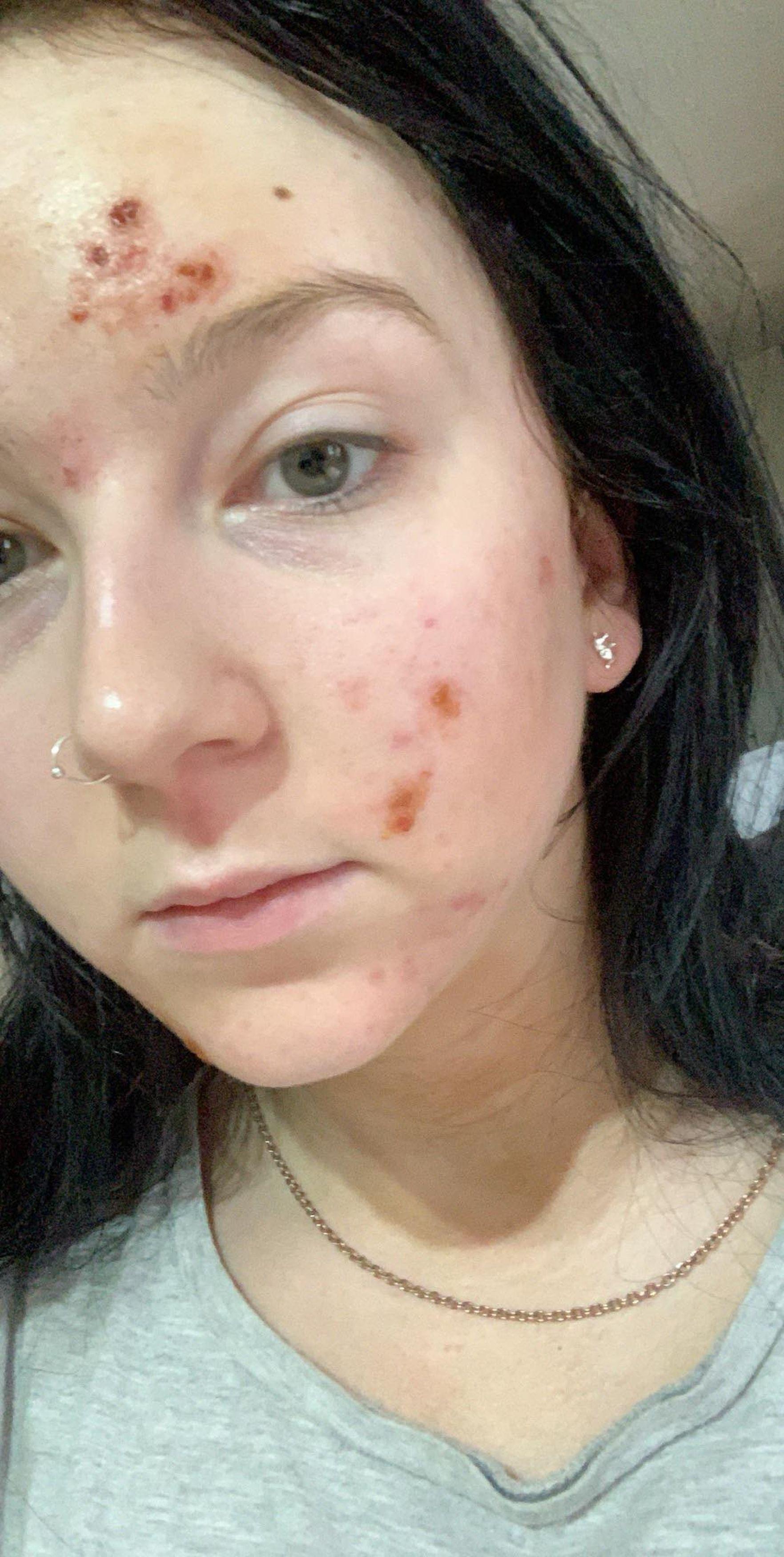 When a friend recommended The Ordinary Salicylic Acid 2 per cent Solution, she decided to give it a try.

Billed as a skincare "saviour" in beauty circles, the treatment is recommended for blemish-prone skin and claims to de-clog pores.

But less than 12 hours after using a thin layer of the product on December 4, Natasha’s face erupted in painful, weeping blisters and she was advised by an NHS 111 operator to go to hospital.

Reportedly told by doctors she was “one of the unlucky ones” who’d reacted to the product, Natasha suffered chemical burns and was issued a seven-day course of antibiotics to clear up the infection. 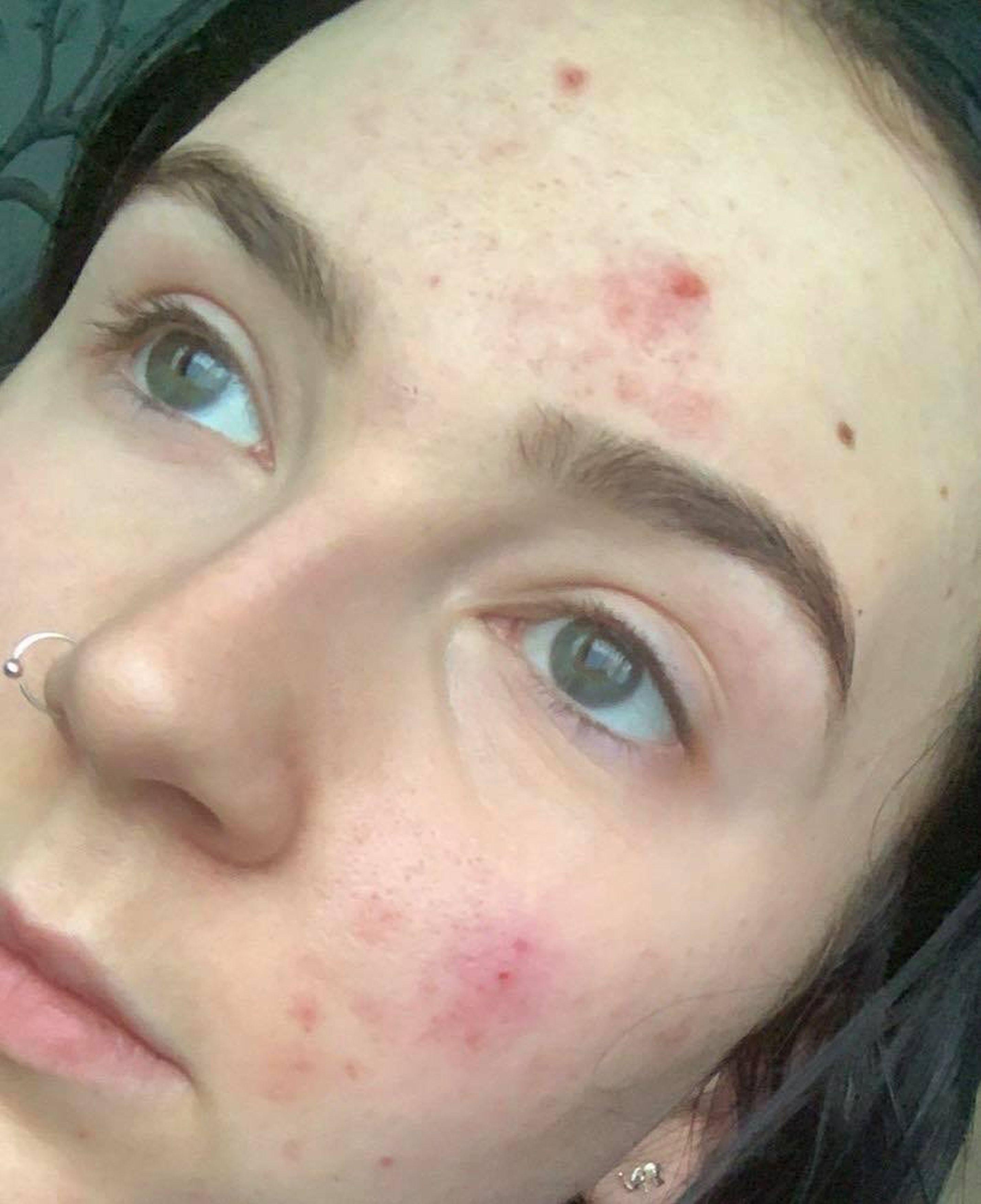 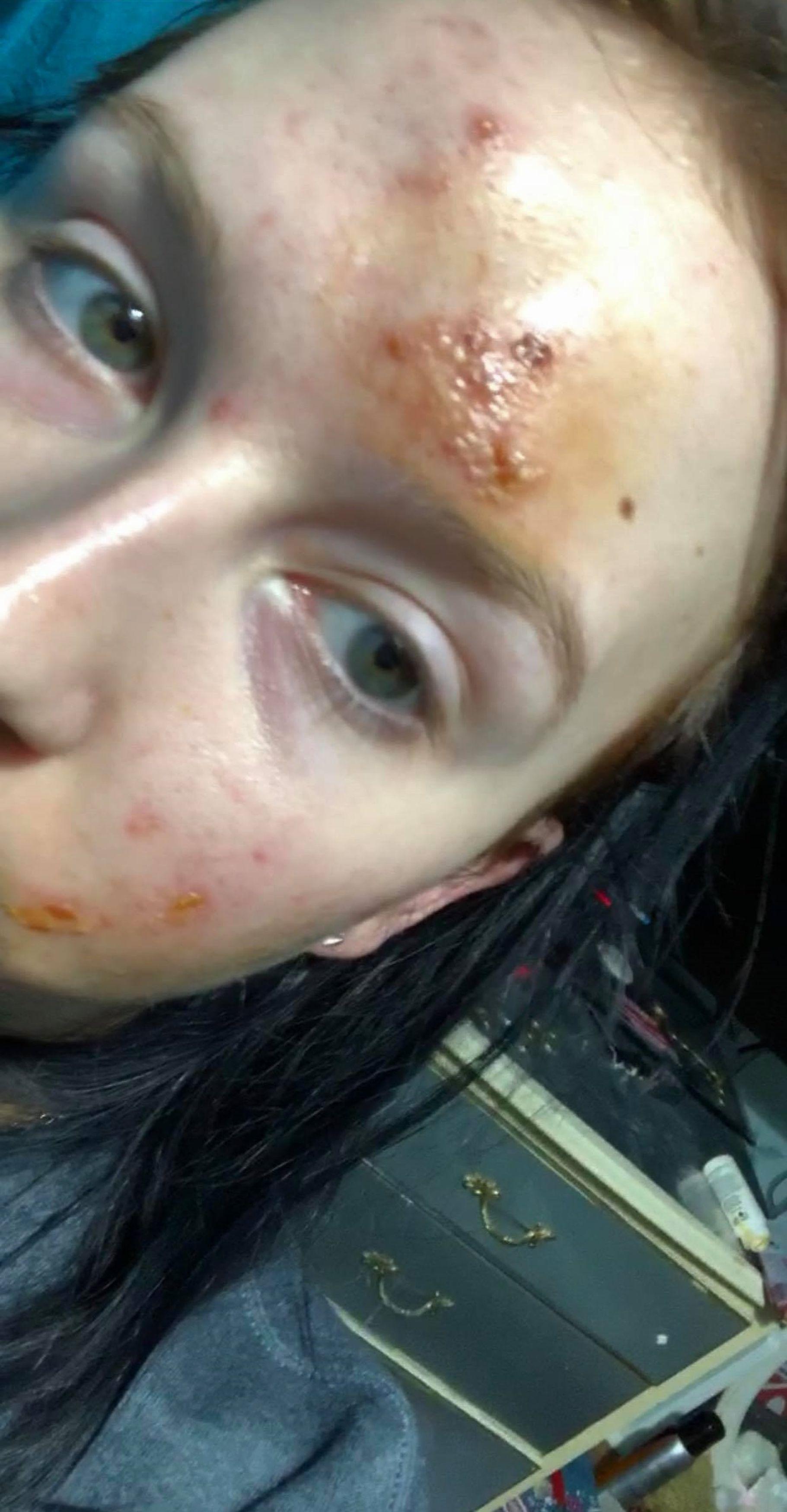 As the infection scabbed over Natasha claimed she looked like "an Aids victim" and hid away indoors for fear of people looking at her.

She was signed off work for 20 days.

The 20-year-old psychology student, who has been left with “holes in her face”, is now sharing the grisly pictures to warn others about the potential dangers of beauty products.

Natasha, from Wirral, Merseyside, said: “My friend at work recommended it. I was really buzzing about trying it and was telling my whole family to try it as well. 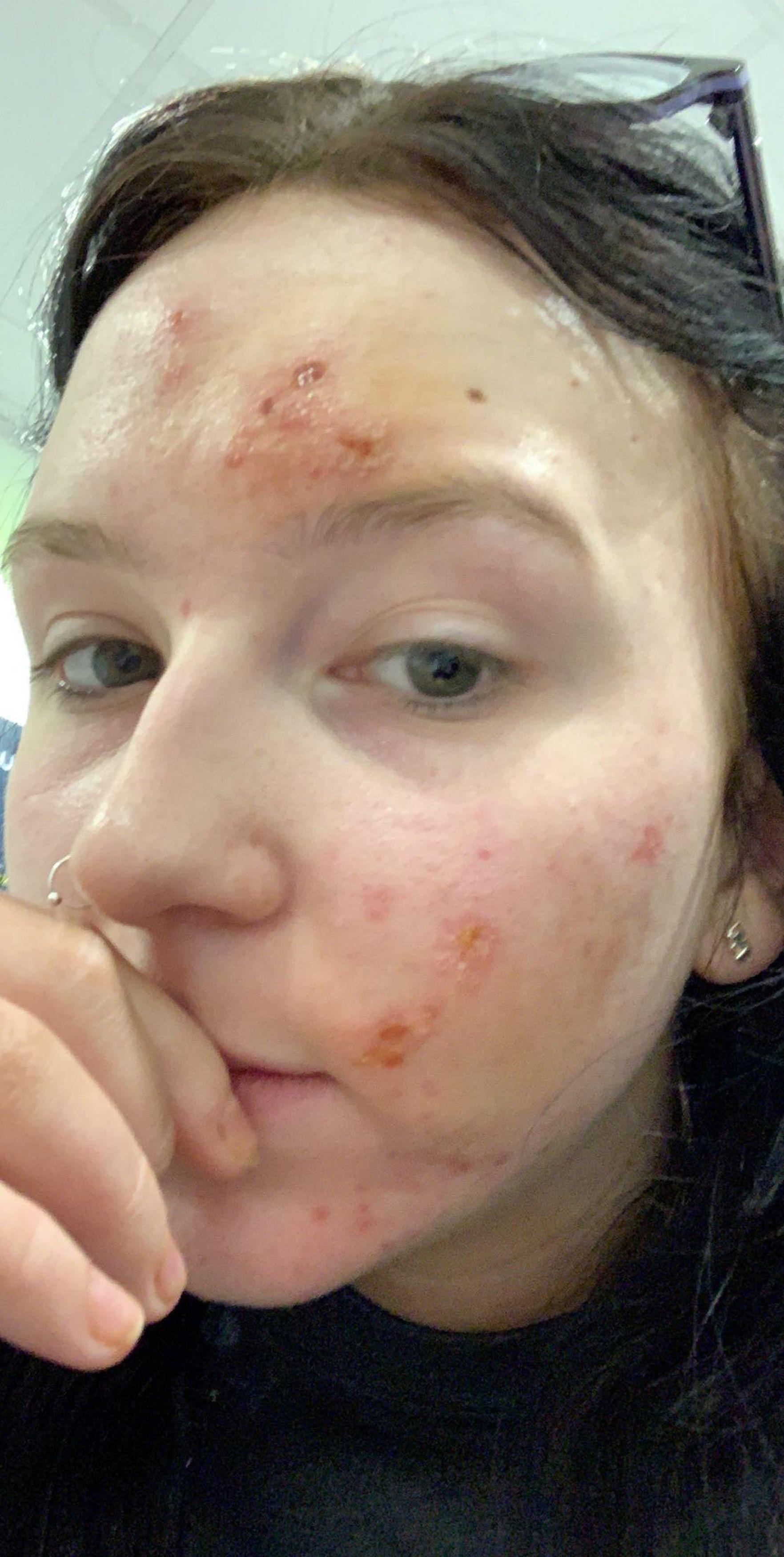 “I’d never used it before and didn’t want to put loads on so put one or two drops on a cotton pad and rubbed it on my face.

“There was no reaction at first apart from it going a little bit red, but I presumed it was because I was putting something on my face so didn’t think anything of it.

“When I woke up for work the next morning and looked in the mirror I wondered what was all over my face.

“My initial reaction was that it was loads of spots, it looked like I had 100 whiteheads on my face. 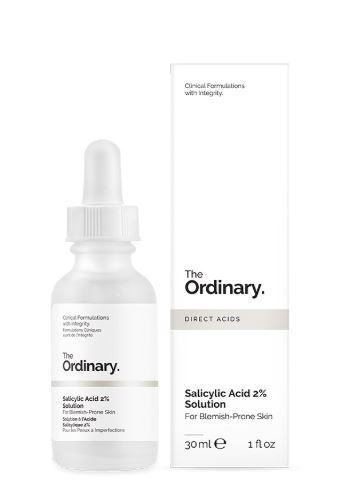 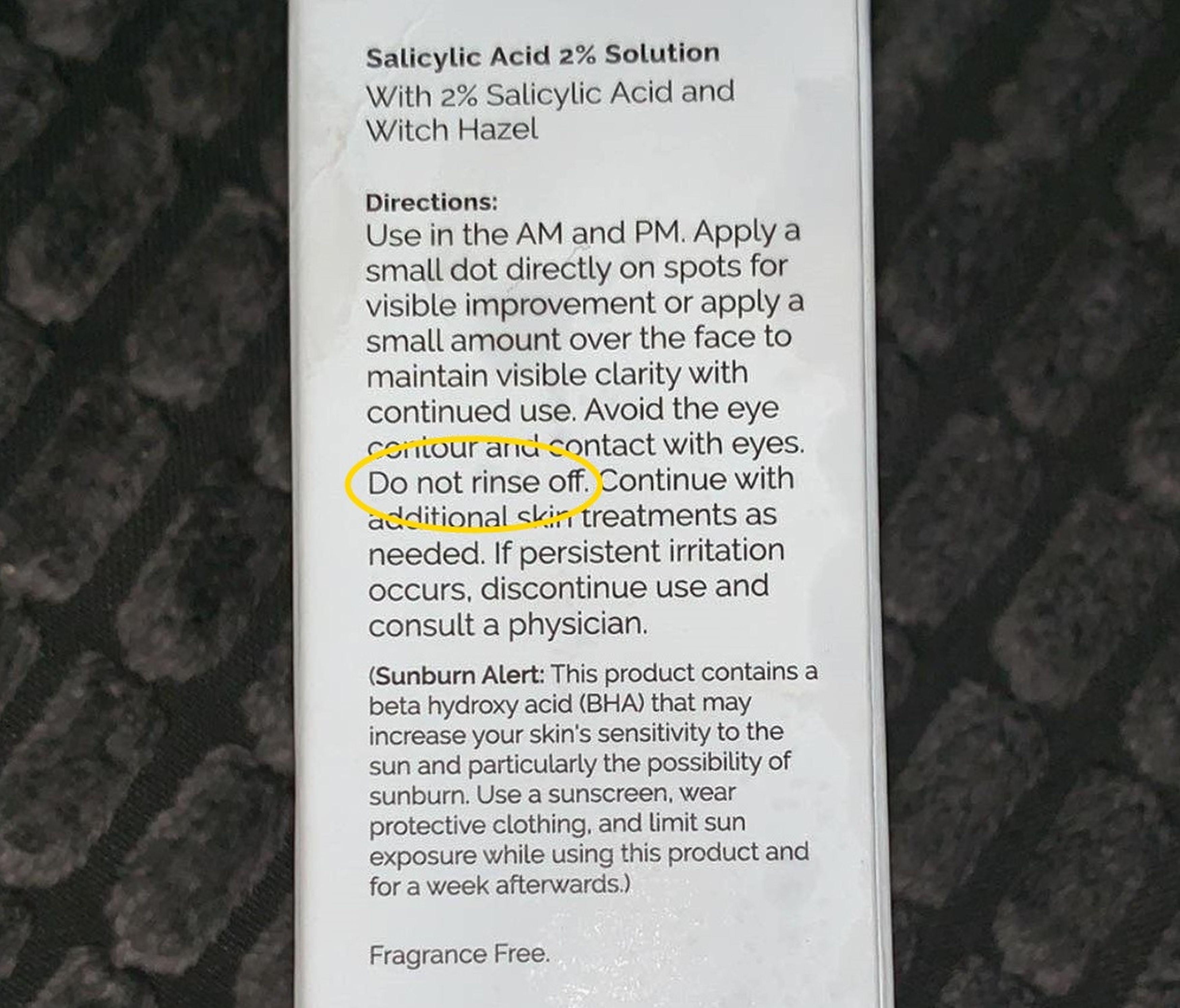 “I touched my chin and that’s when something popped and I realised they were blisters.

“All this clear and yellow liquid came out, it was horrible.”

After calling in sick to work, Natasha called NHS 111 and was advised to go to the nearest hospital within an hour.

Natasha went to Arrowe Park Hospital in Upton, Wirral, where she was examined by a nurse and consultant who confirmed she was suffering from chemical burns.

Natasha, who also works in a call centre, said: “I was crying my eyes out because I didn’t want to go out looking like I did.

“I’m self-conscious anyway and always usually have my make-up on going out. I was thinking ‘how can I go out getting stared at like this?’. 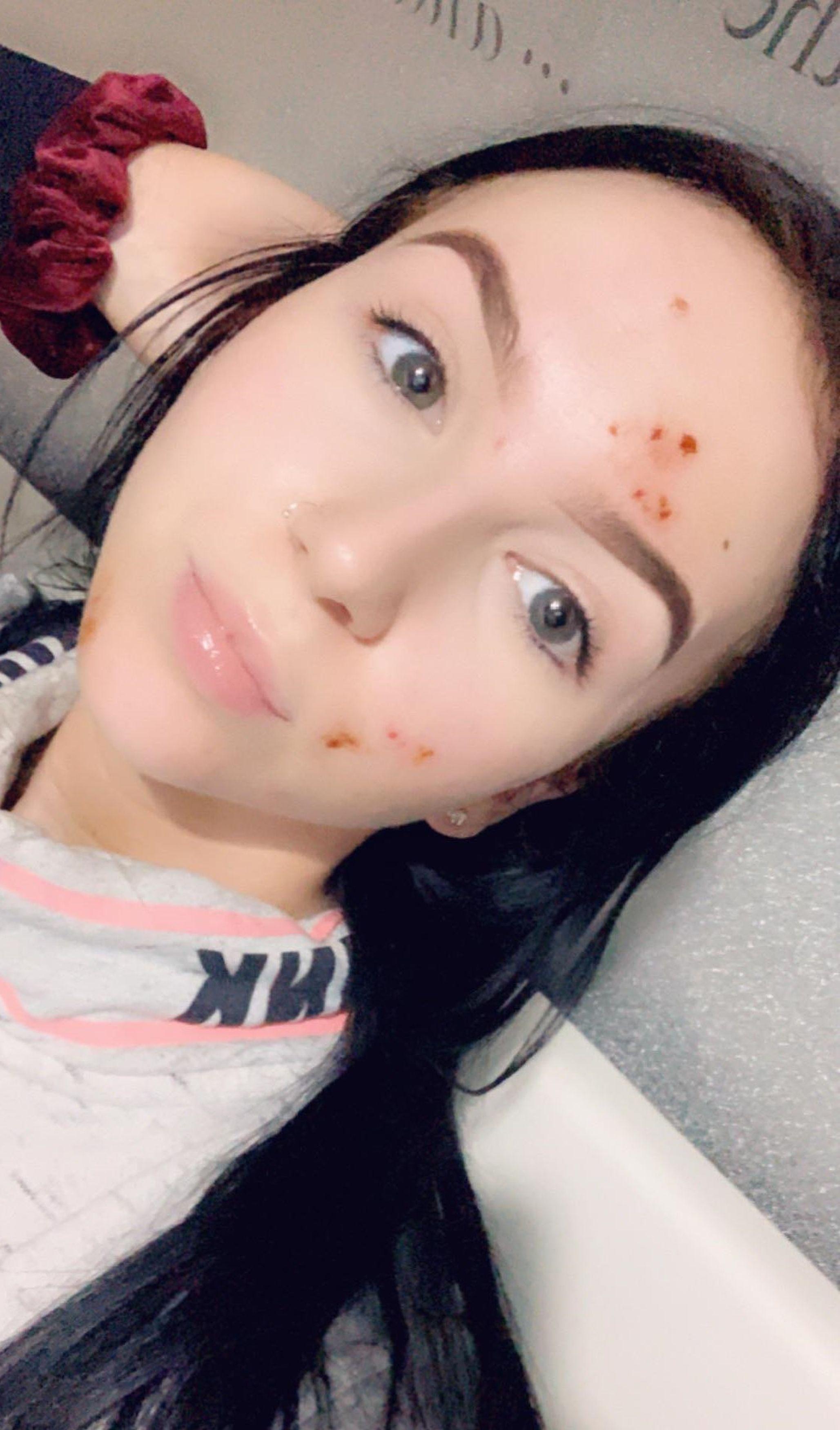 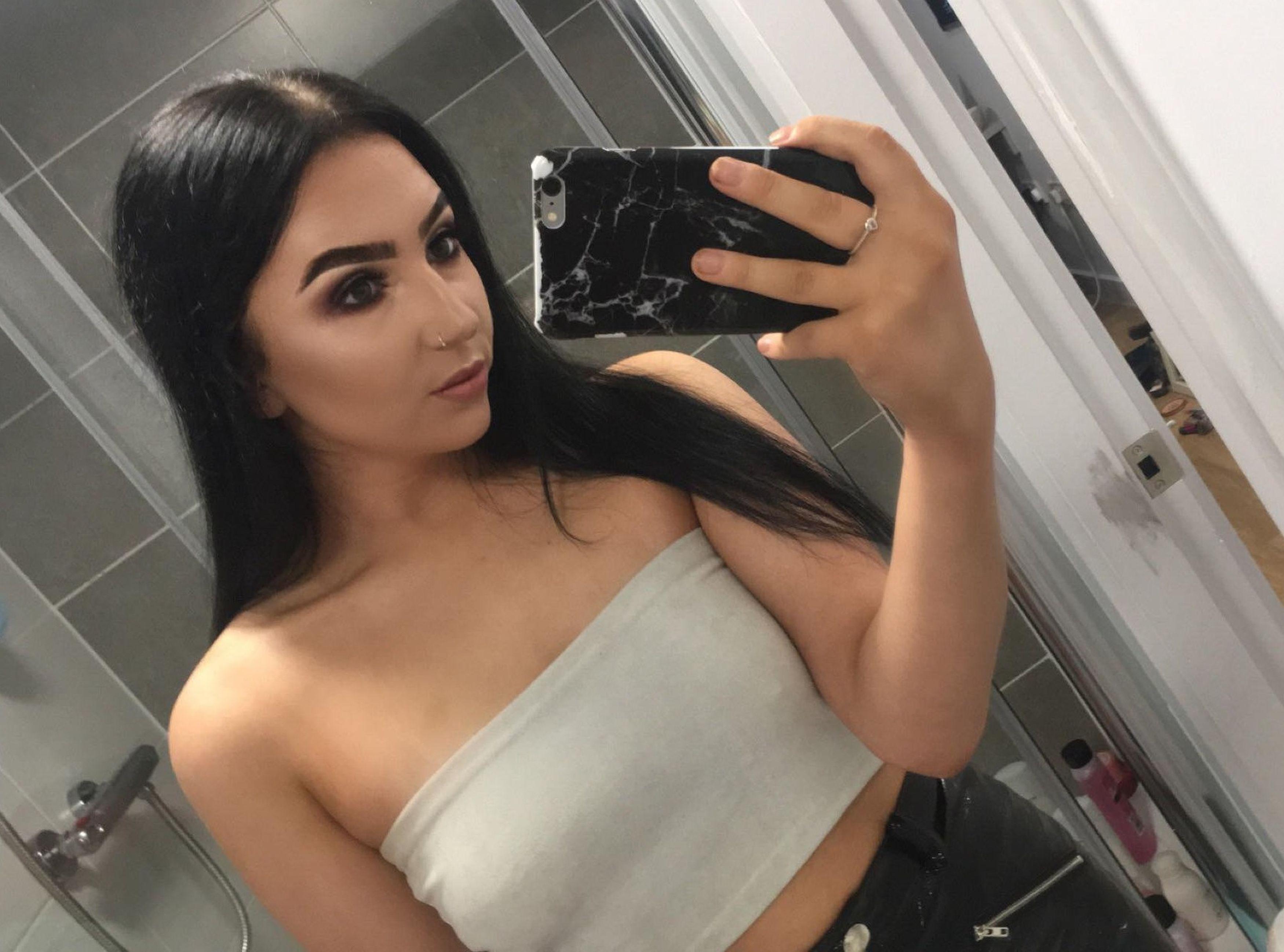 “It felt like a throbbing pain on my face, it was burning and sore to touch. My forehead was where it hurt the most as that was the deepest burn.

“A consultant at the hospital said it was chemical burns and that salicylic acid does have the potential to cause this as it’s an acidic product.

“He said he was really, really sorry it had happened to me, but I’d just been unlucky.”

Natasha was prescribed a seven-day course of antibiotics and instructed to only wash her face with water.

The following day she visited her GP where she was told she was also suffering from contact dermatitis and was signed off work for two weeks to give the infection time to clear.

University of Liverpool student Natasha said: “It was awful because I’ve had so many problems with my skin in the past and it was really good. 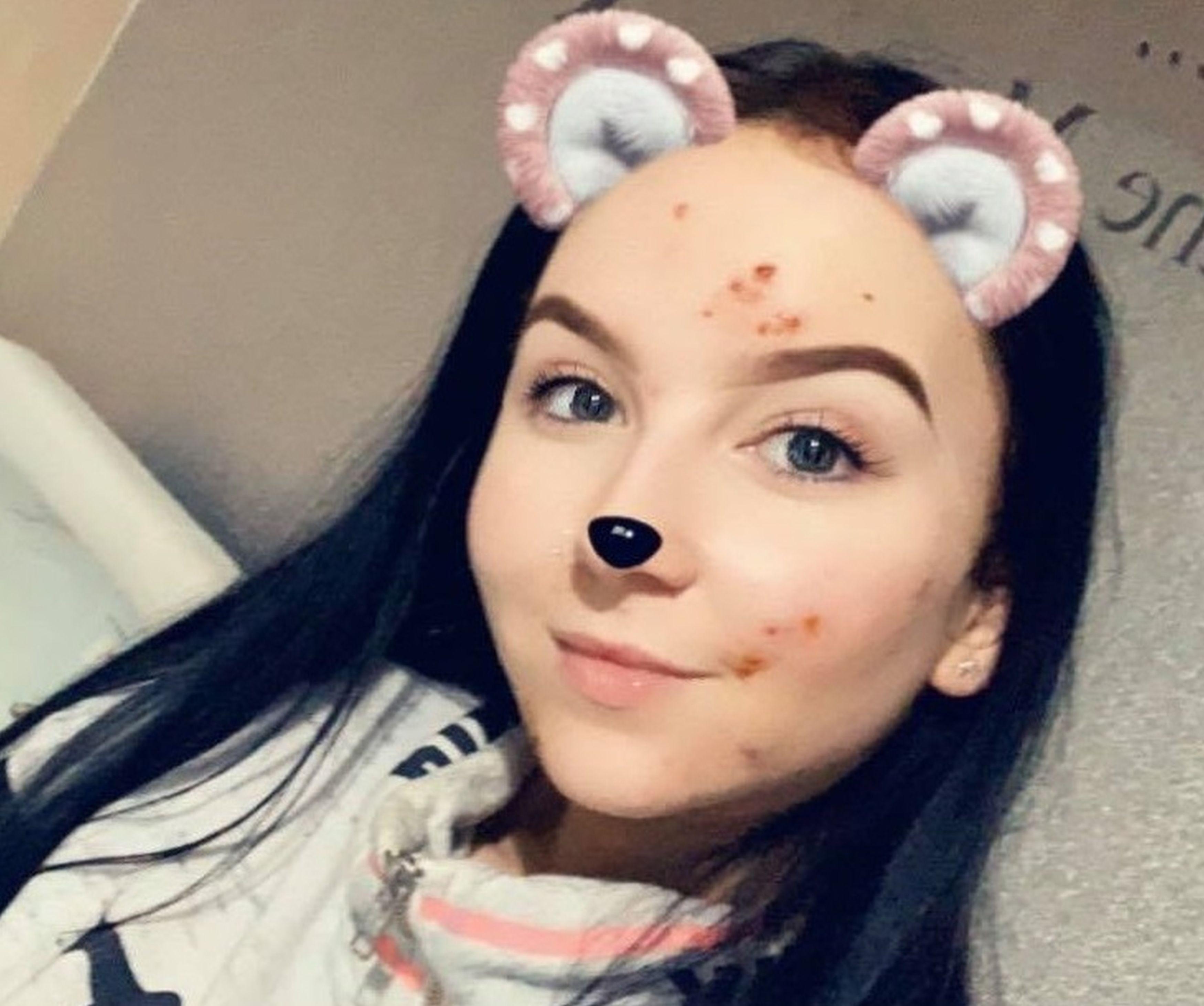 “I thought getting a good skin care routine would keep it like that, it was mortifying.

“It sounds horrible, but I thought it looked like the symptoms when people get AIDS and they get all those scabs.

“That’s what I kept saying to my dad, ‘I don’t want to go out in case people think I’ve got something I haven’t’.”

The instructions on the The Ordinary product, part of the DECIEM group, advise to “use in the AM and PM” and specifically instruct the user “do not rinse off”.

The packaging warns to stop using in case of “persistent irritation” and also carries “sunburn alert” highlighting that it may increase the skin’s sensitivity to the sun.

Natasha said: “I followed the instructions on the box as I’d never used it before and just put a small amount on.

“When I looked at the box all it warned about was ‘persistent irritations’. I’d only used it once so that wouldn’t apply to me. 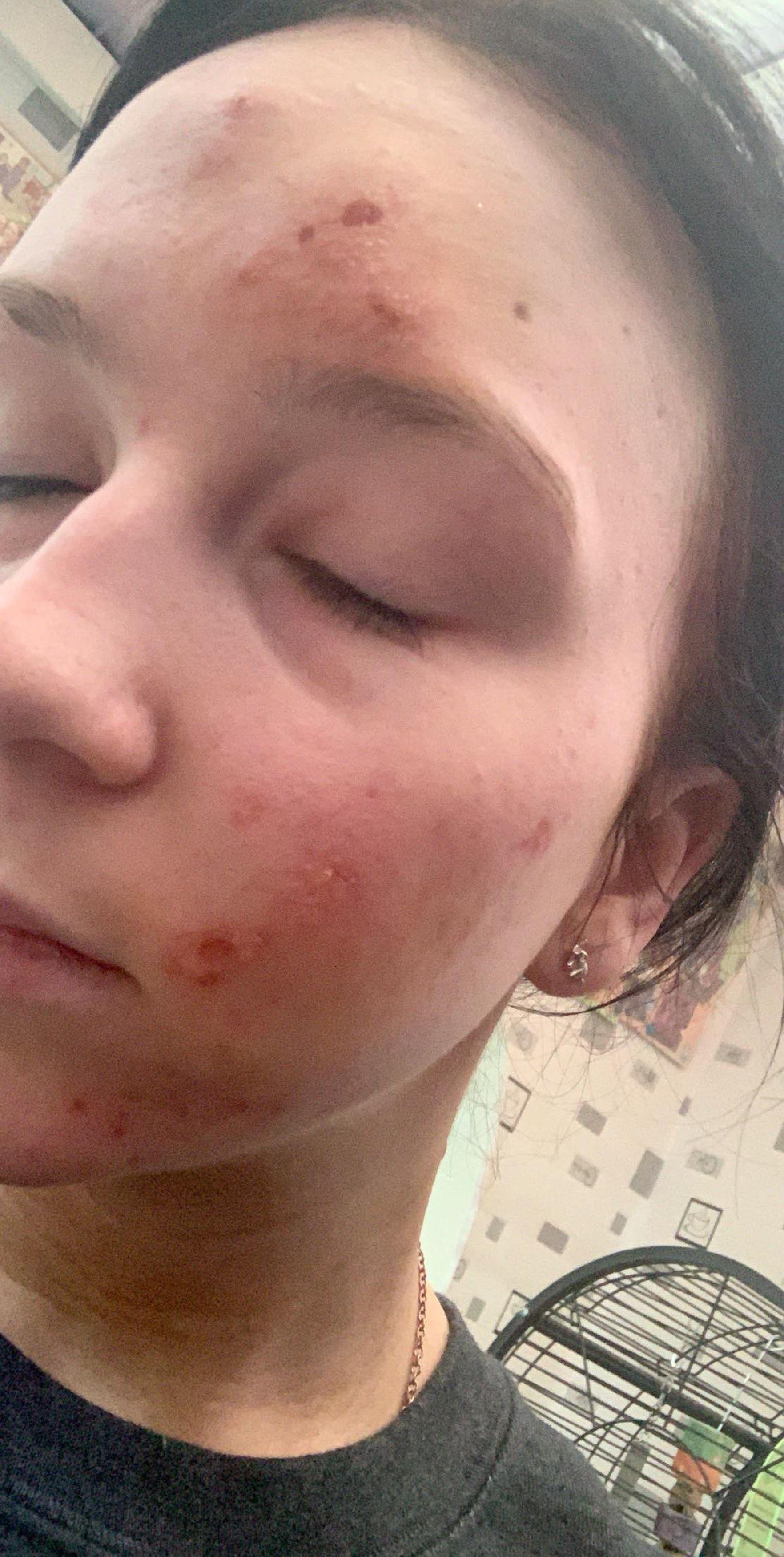 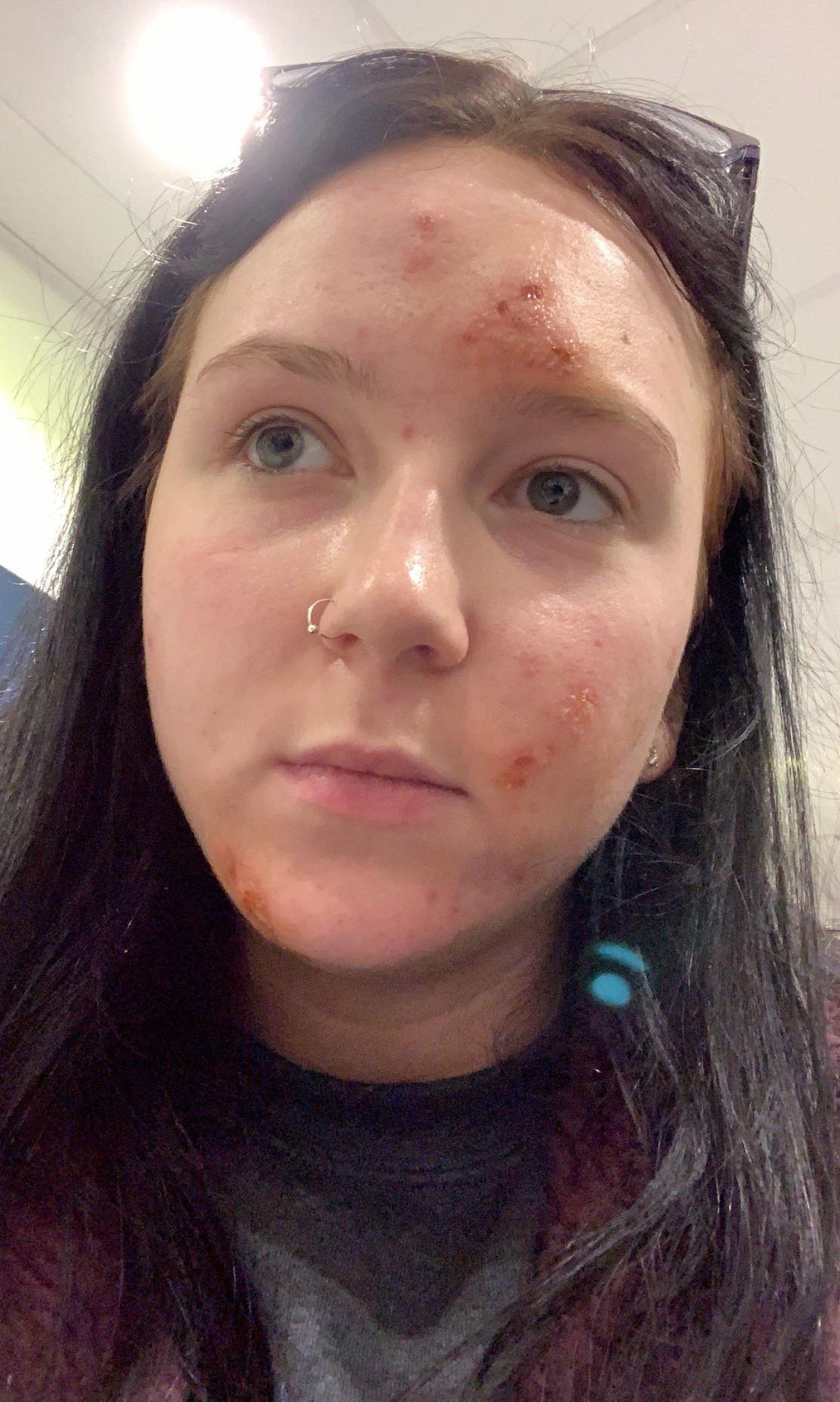 “I just don’t understand why a warning about potential risks from using it just the once were not written on the box. If it was, I wouldn’t have used it.

“I was just mortified that this happened, I think we were all in shock as it’s a normal product that a lot of people buy.

“We don’t know why it had happened to me, it’s just one of those things.”

Having battled spot-prone skin in her teen years, Natasha was trying the product in the hope of maintaining a clear complexion but was left feeling self-conscious about her appearance.

“Apart from going to the GP I was just hiding away at home. I wouldn’t let my family or my boyfriend see me and spent my time sitting in feeling miserable for myself,” she said.

“I was worried I’d be scarred for life, the scabs that have fallen off have left scars and holes on my face.

“It’s like being a teenager again with serious acne and I’ve had to cancel a few nights out.

“I’ve got my work Christmas night out coming up but I think by then I will just have to go, I can’t live my life indoors.”

After emailing The Ordinary, Natasha claims the company responded offering a £4.25 refund and a product to “soothe irritation”, but Natasha didn’t think the offer was good enough.

She is now urging The Ordinary to update its packaging to include warnings about possible side effects from just one application.

Natasha said: “I’m really upset. You put your trust in these brands that are supposed to be reputable companies.

“You don’t expect that if you follow the instructions this will happen.

“Now I’ve got to look in the mirror, see the scars and know that it could have been prevented if they’d have just labelled it to highlight the risks.”