A SHOP owner has been slammed after they put out an advert which said only “mediocre” workers get paid minimum wage.

The ad stated that “minimum wage = mediocre person”, and said their employees will earn depending on their effort and performance. 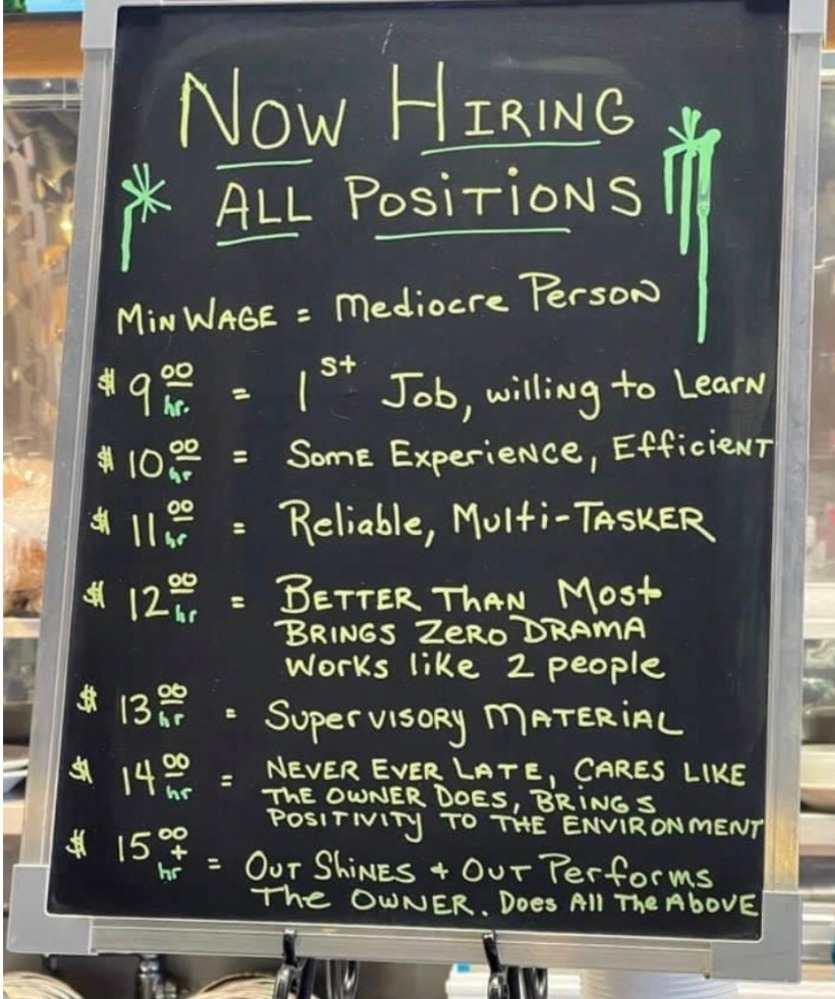 The sign was spotted outside a deli in Florida, and read: "Min wage = mediocre person. $9 = 1st job, willing to learn.

"$12 = better than most, brings zero drama, works like two people.

"$14 = never ever late, cares like the owner does, brings positivity to the environment.

“$15 = outshines and outperforms the owner. Does all of the above."

Some claimed the shop had unrealistic expectations of workers – especially given the salary.

The person who uploaded it to Twitter added the caption: "Saw this at a deli in town, this really doesn’t sit right with me."

One person wrote: "Outshines the owner for $15/hour is a f****** wild and reckless standard. This place is wild."

Another added: "You will never catch me working like 2 people for $12/hr sorry.”

A third asked: "If you do more work than the boss, why would they pay you $15/hr instead of giving you the bosses salary?"

However, some defended the shop and said it encouraged young people starting out in the workplace.

One wrote: "I think everyone is losing sight of the fact that not all positions are meant to provide a head of a household wage.

"If you would like to make a career out of working for a deli, you have bigger problems than your hourly wage. Some jobs are just a step on the ladder."

Another agreed: "One thing kids can/should be getting from their experience is lack of entitlement. It will help inspire drive they can use to be good at a real job later in life.”

Meanwhile, a shop has been slammed as Britain’s ‘most unwelcoming’ store after owner refuses entry to shoppers without masks.

And a shop owner hit with furious backlash after putting plus-size dummy bride in window.