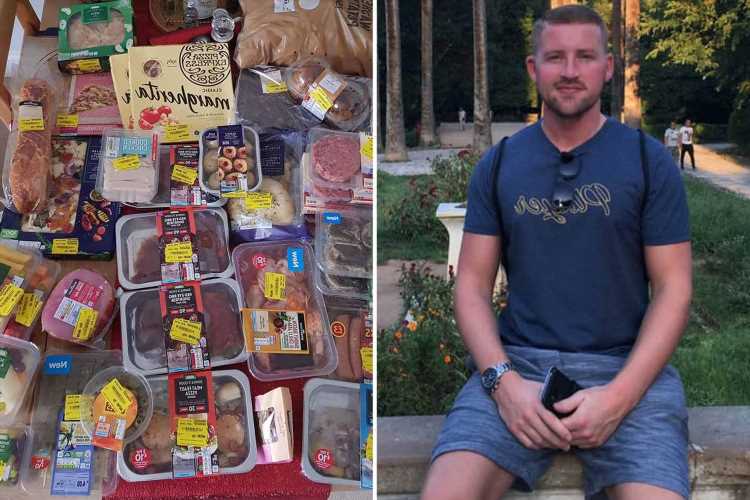 A SAVVY shopper has revealed the secret to bagging a bargain when it comes to his weekly food shop and it's saved him thousands.

Chef Neil Kennedy, 33, swears by yellow sticker shopping when he heads out to stock up on his groceries and insists that you can still find gourmet items in the supermarket aisles at a reduced price. 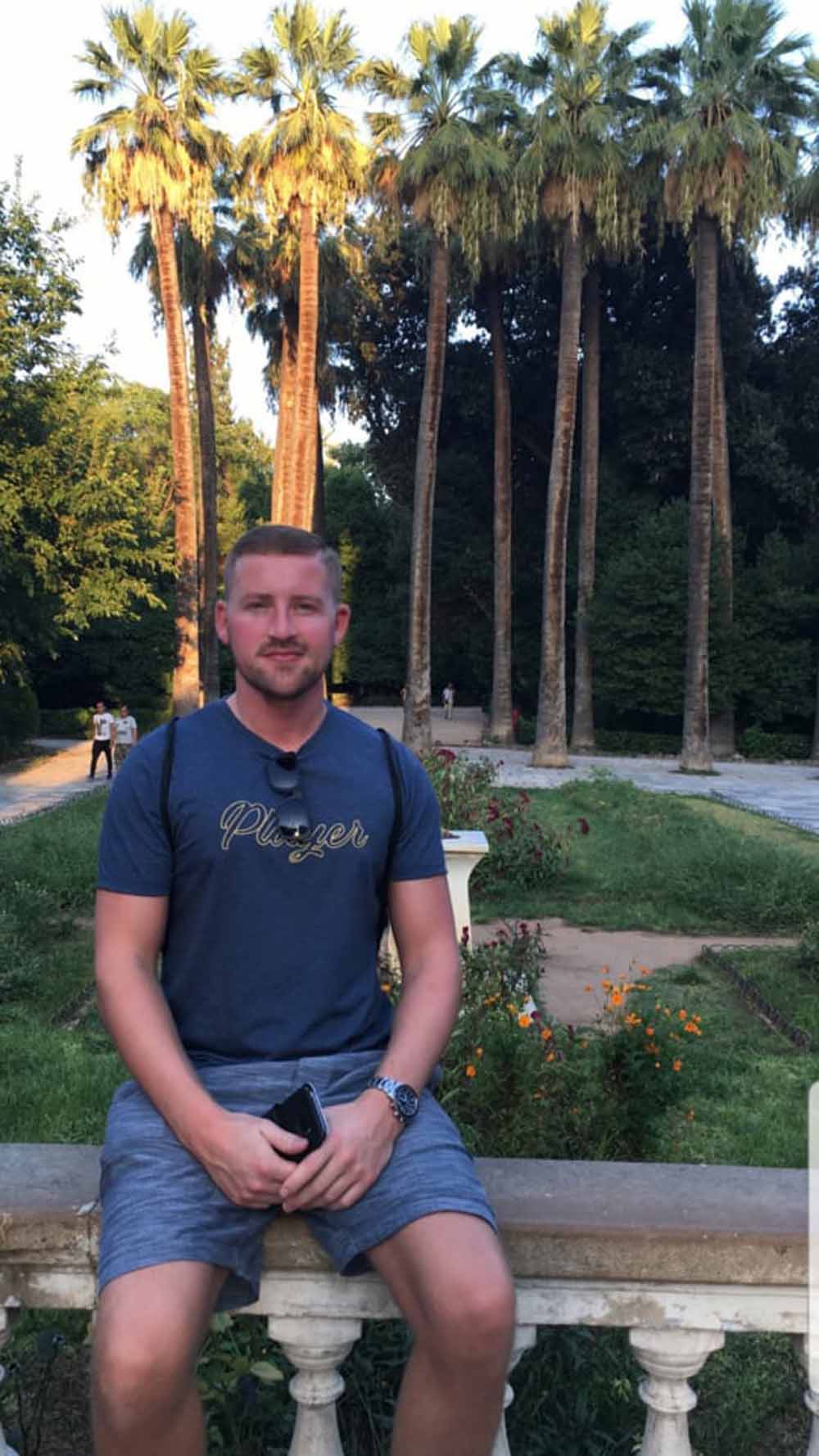 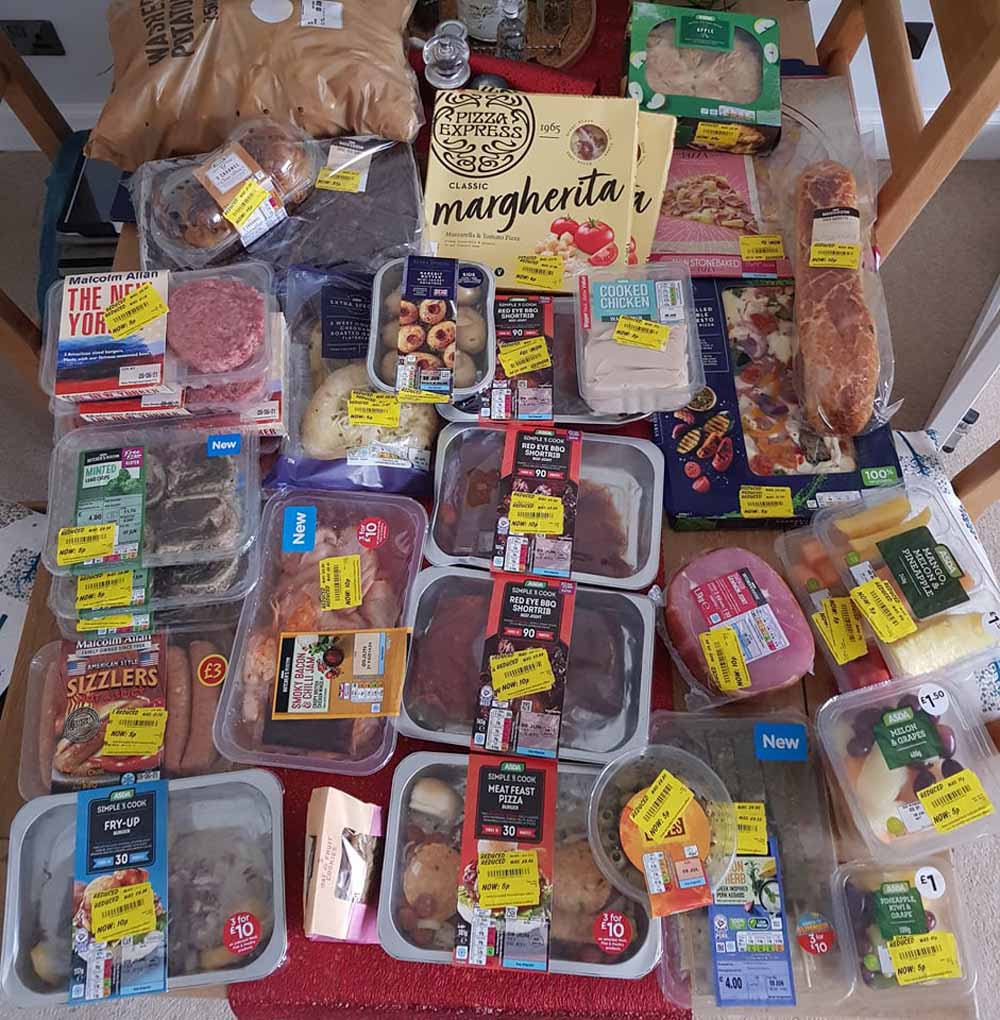 Neil, who works as a Premier Inn cook, first got a taste for shopping on a budget when he moved back to his hometown Iverness in Glasgow two years ago.

He soon realised that he could save himself a fortune by favouring items that had been reduced for quick sale, with some goods being slashed to as little as 5p.

On one trip alone to Asda earlier this year, Neil claims he managed to save £101 and picked up food originally priced at £105 for just £4.

"I've always had a keen eye for a bargain, so I love yellow sticker shopping," Neil reveals.

"There's a little adrenaline rush that comes with knowing you've secured something for a fraction of the price – and once you start, you do get a little bit addicted."

Since switching up his shopping habits and hunting down cut-price goods, Neil says he's managed to save "a few thousand pounds" a year – adding "maybe as much as between £3,000 and £5,000".

Neil says that his love for yellow sticker shopping has reduced his £50 weekly food bill down to £20, with the money he's saving helping him to put together a deposit for a house.

Always money conscious, Neil claims he's always partial to bagging a bargain and will always look for the best offer out there – even when it comes to buying furniture or booking a holiday.

Now, he'll deliberately time his food shops for when reductions are being made, with Neil adding that Asda is his preferred supermarket of choice for snapping up a deal.

That doesn't mean he won't try other stores if he sees them, with the cook adding: "If I'm passing a supermarket, I'll always pop in for a look. Sometimes you get lucky."

The key to securing thrifty supermarket deals is being "open-minded" and "not restricting yourself to a shopping list", Neil says.

'When it comes to final reductions, they just slap 10p yellow stickers on everything – I've got things for as little as 5p before now," he explained.

An expert when it comes to whipping up delicious meals, Neil, who loves treating his Venezuelan partner Gianfranco Petrocco, 24, to tasty dinners, makes sure he picks up a variety of food items that can be "versatile" and frozen to use at a later date.

In his household, he's in charge of the shopping and usually cooks too, as he knows what foods are in his regularly fully-stocked freezer and which need to be used up first.

"I wouldn't necessarily have bought a lot of this stuff if it was full price, but I always try and work out how much my shops would have cost if they weren't reduced," he claims.

'Sometimes the savings can be remarkable." 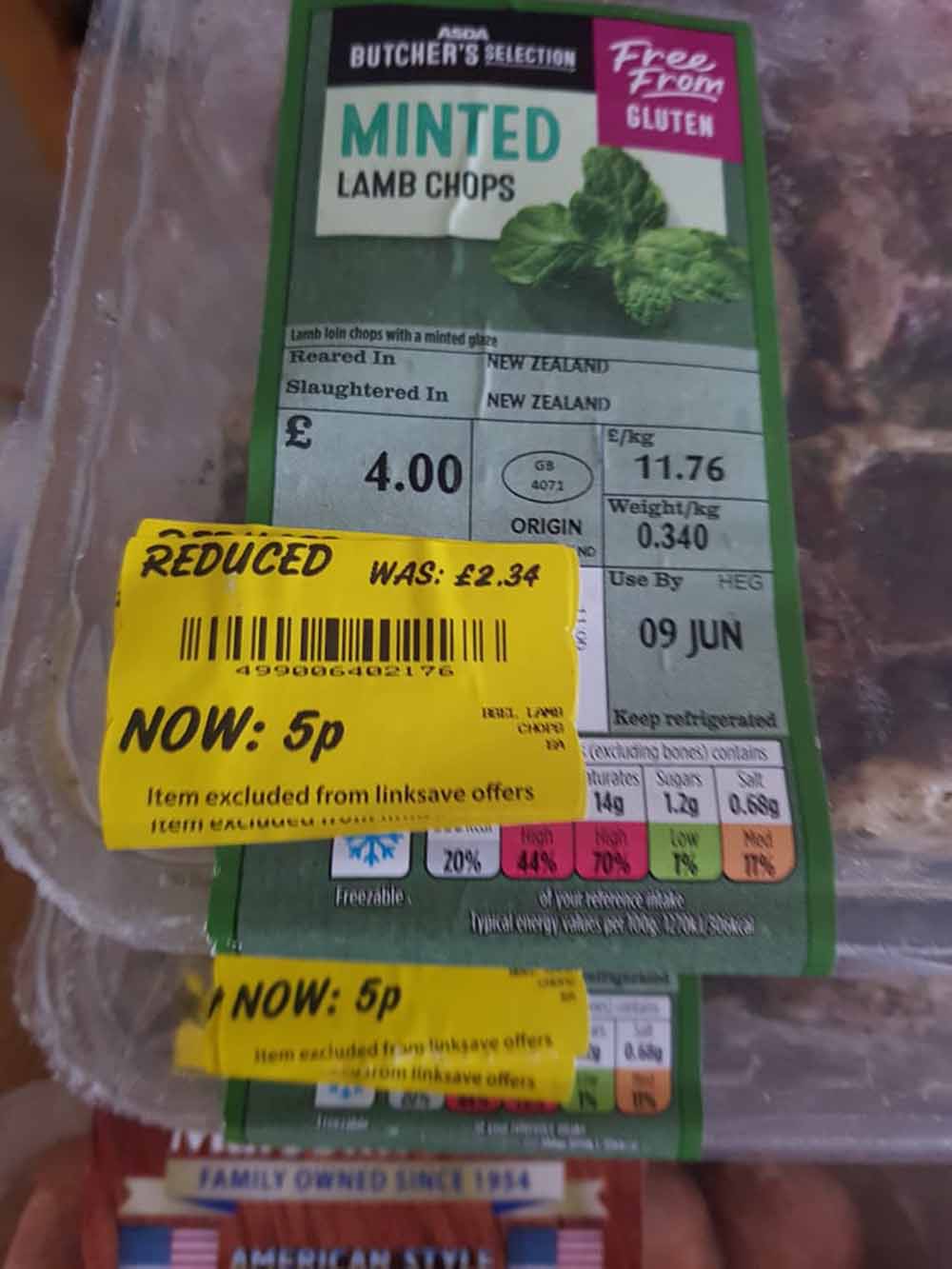 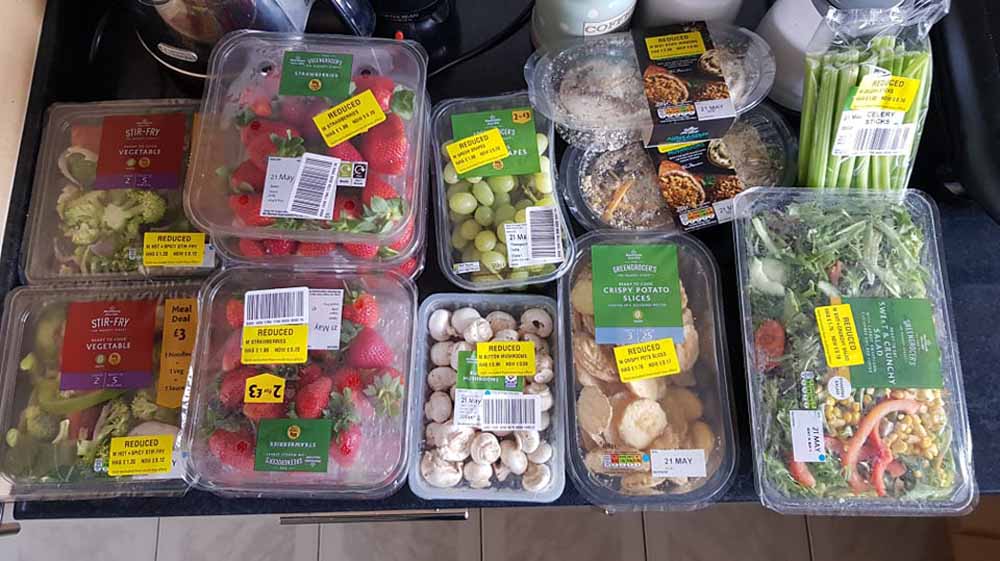 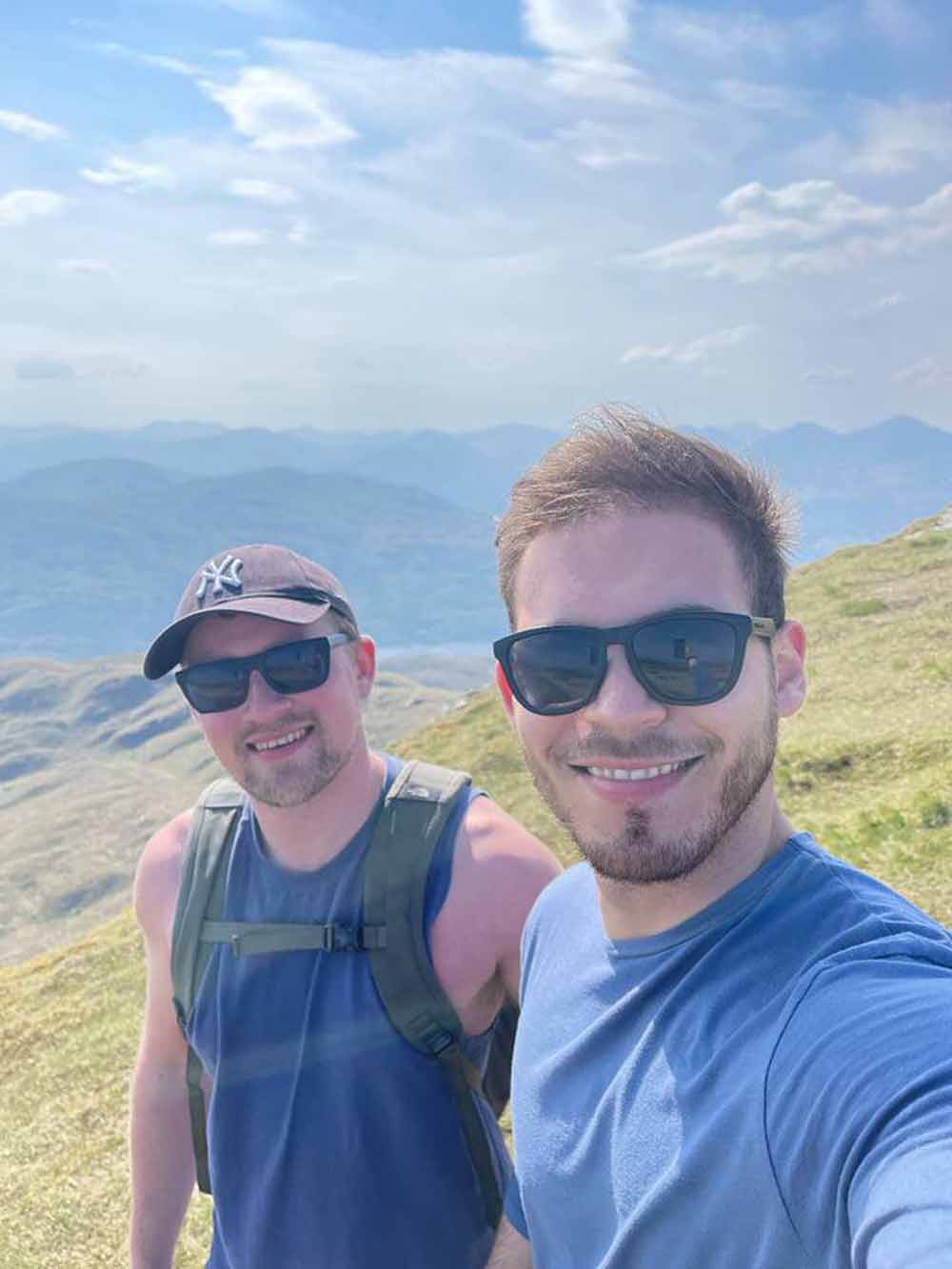 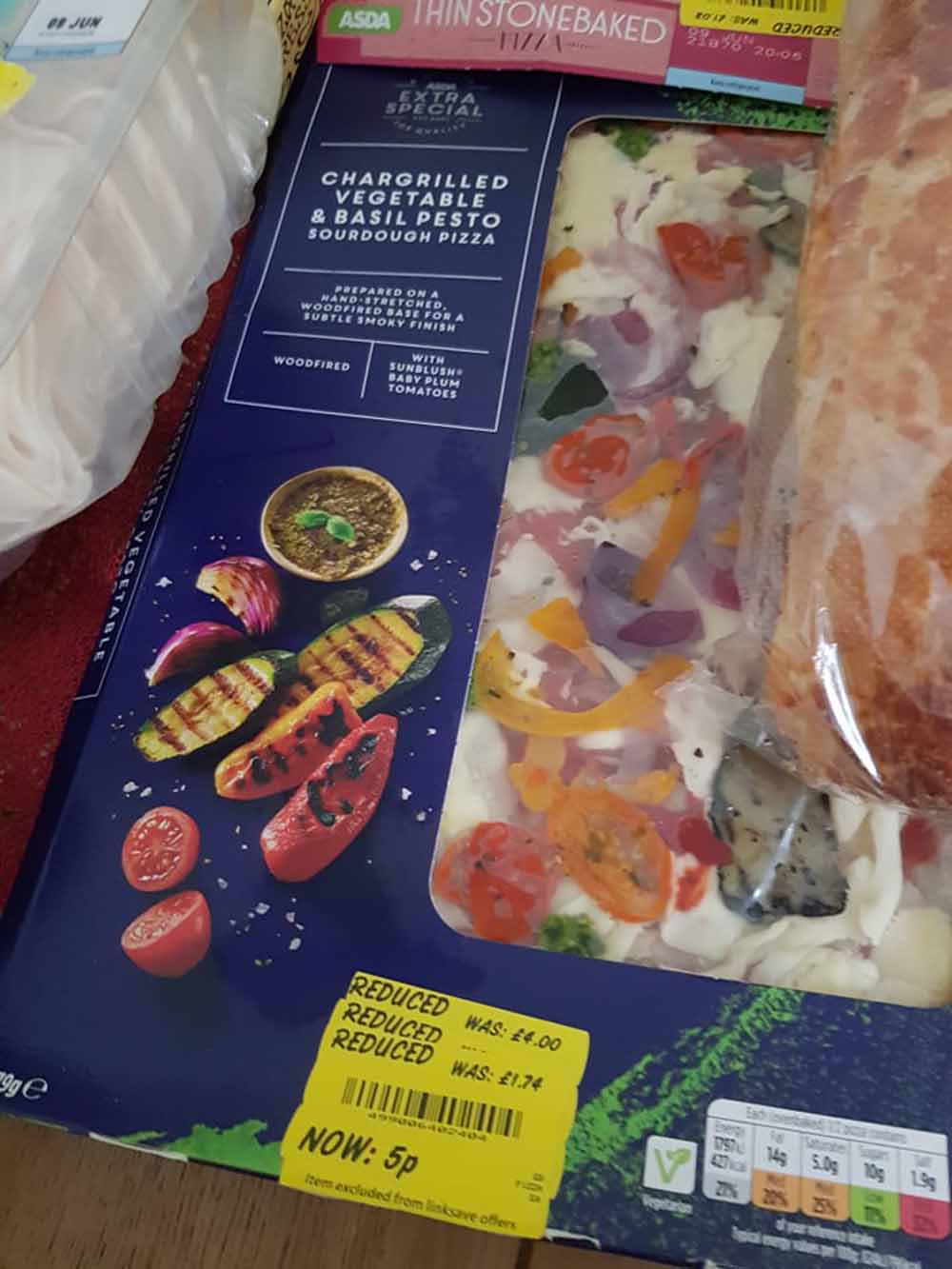 Meanwhile, one mum reveals how she halved her food bill with these shopping hacks – including always buying a whole chicken.

Plus, this thrifty woman shares easy meal planner which has saved her family-of-five £360 a month on food.

And one mum shared a nifty hack for saving the crusts from your fussy kids’ sandwiches & it will save you cash.