21-year-old Becca – who is distantly related to royalty – had a shock to the system after moving in with mum-of-one Nureen who lives in Harlesden, north west London. 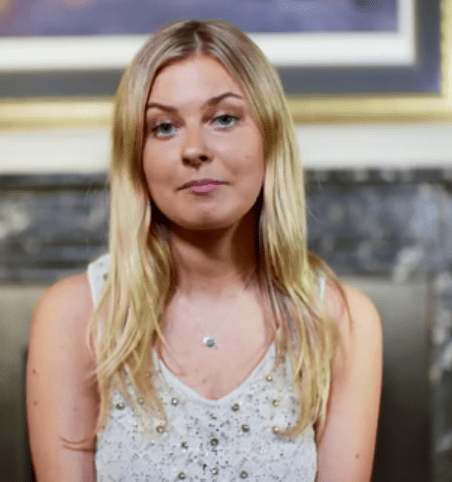 The rich kid lives a lavish lifestyle off the "bank of Dad", dividing her time between extravagant family homes in London and Wiltshire.

Unemployed Becca goes on holiday several times a year, often staying in luxury pads costing up to £4,000 per night.

But if she's not on holiday, she's "always on the King's Road" in Chelsea, shopping for her designer wardrobe.

Meanwhile, 34-year-old mum Nureen from Harlesden, London, lives off around £150 once her monthly bills have been paid. 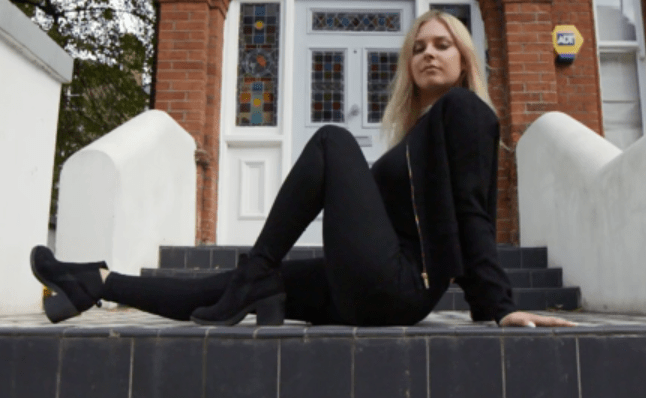 Nureen teaches cooking classes in the community, helping families learn how to eat healthily on a budget.

And Becca – who spends hundreds on meals at The Ivy in Chelsea – comes face-to-face with making meals on a tight budget.

Nureen told Becca: "If I want to save money then I buy everything in bulk…£100 would feed my family for three weeks."

Becca – who teared up when Nureen spoke about her budget – admits: "I don't [have to budget] not going to lie I do live on the bank of Dad.

"If I need something or I'm in a situation where I need more money I will always be given it.

"I have a clothes allowance and on top of that I have a travel allowance, for example I've recently been to South Africa. 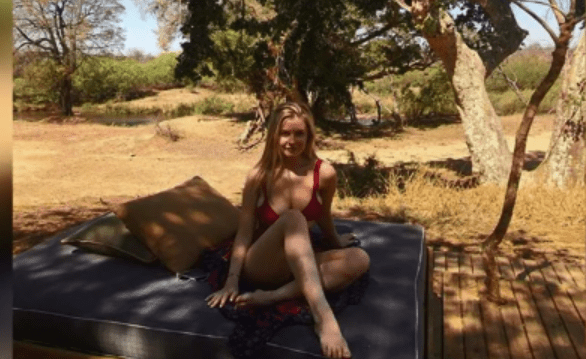 "My mum and my dad cook for me and when I think yes I'm going to make an amazing meal I just think oh but the washing up after, but I do have a dishwasher. Do you have a dishwasher?" Becca asked.

The rich kid was pretty taken aback when she found out her host didn't have a dishwasher, but 34-year-old Nureen was keen to get her helping out in the kitchen as soon as possible.

Becca was first roped into helping Nureen at her community cooking class, where she rolled up her sleeves and made donuts with the local children.

"Hearing that Nureen has been helping kids and teaching them about what they should and shouldn't eat is wonderful, I didn't even know it existed really, this kind of community help," revealed Becca. 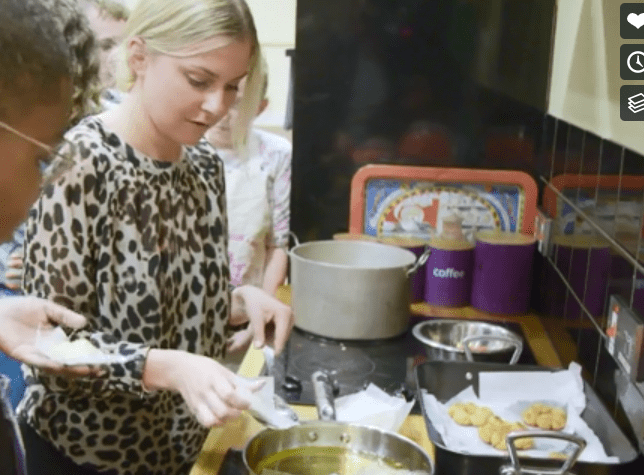 "Nureen hasn't been given everything on a plate and it just makes me respect her more," continued Becca.

During the evening, Nureen took Becca for a walk around the local area – and the rich kid was horrified at what she witnessed.

"This is so scary, this is actually terrifying," said Becca.

"There's so many people looking and they literally just stare."

Becca and Nureen seemed to attract some attention by a passer-by who appeared to be drunk – and it certainly shook the rich kid.

"Can we go home?" Asked Becca.

"It was absolutely terrifying, I did not expect that to happen…I don't want to experience it again." 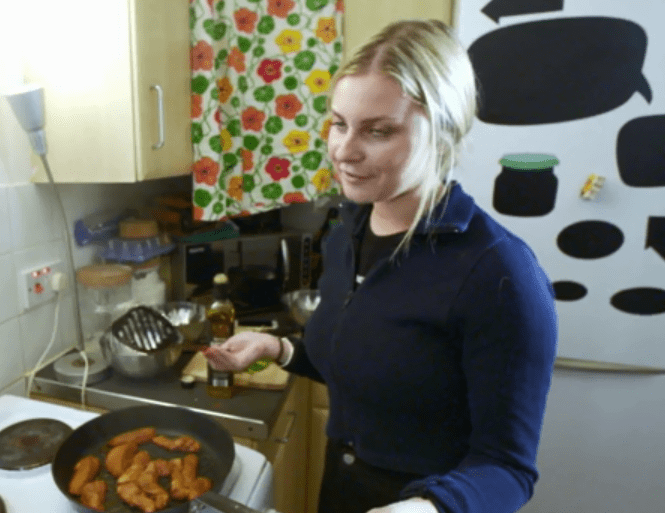 Becca's biggest task was shopping for – and preparing – a Jamaican farewell curry for herself and Nureen.

And from buying 12kg rice instead of 1kg – to thinking plantain was fish – it was quite the challenge.

"It's difficult for me because I never budget," admitted Becca.

"I don't really go out and buy for a few people and doing a Jamaican dish will definitely be new." 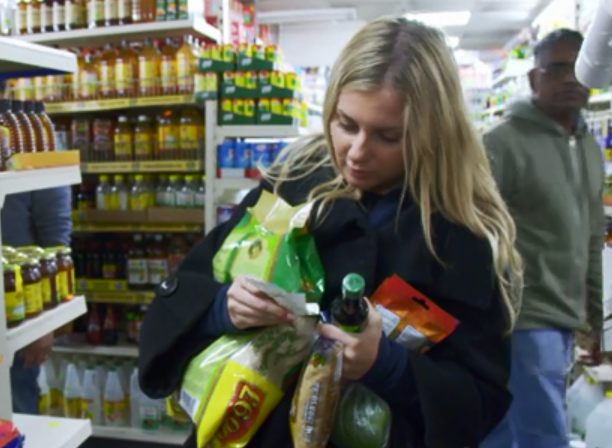 It wasn't long before Becca became confused over her shopping list, picking up white sugar cubes instead of brown sugar, 12kg of rice instead of 1kg and thinking plantain was fish.

"The fact that she's on a £15 budget I do feel more aware of what and how many things I'm buying.

"I'm looking at prices and I never look at prices so yeah it's definitely interesting.

"Chelsea definitely doesn't have shops like this, usually it's Waitrose or M&S or Wholefoods. 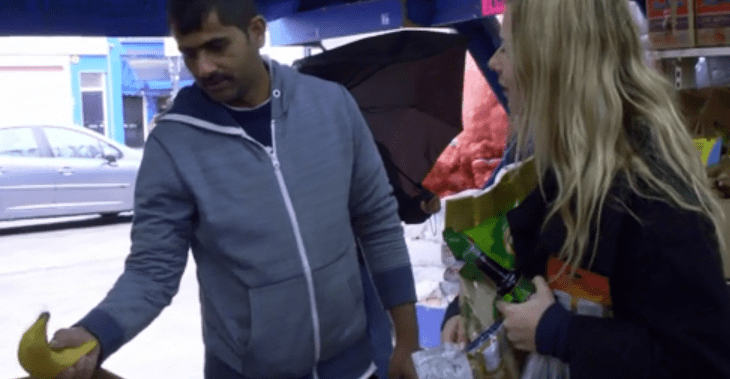 But Becca's shop turned out to be very successful after she returned with change.

"I really, really believe that everything that Nureen has taught me has changed my whole view on life.

"I want to help the community more…Nureen is an inspiration and she's showed me a different side of life that I've never seen before.

"I might live in a really nice place and be surrounded by expensive things but she's happy and I'm so lucky to know her and she's definitely going to be a friend for life."

Rich Kids Go Skint is on 5Star on  Monday, at 9pm.

Earlier this week, we told you about the Rich Kids Go Skint teen shocked after trying cheese sandwiches and frozen food for the first time… and he’s NOT impressed.

We also revealed Rich Kids Go Skint star, 21, shocked single mum-of-three’s weekly food budget is SEVEN TIMES less than she spends on petrol – and that she doesn’t have a spare room for her to sleep in.

And we showed you Old People’s Home for 4 Year Olds leaves viewers in tears after it’s revealed 97-year-old Victor is having tests for cancer.

10/26/2018 Fashion Comments Off on Rich Kids Go Skint star, 21, who thought plantain was 'a fish' is shocked after learning single mum Nureen doesn't have a dishwasher
Recent Posts