From true Crayola red to the deepest wine, unnatural red hair is certainly not new territory for black women, who “are probably the most experimental with their hair,” said Ursula Stephen, the stylist who colored Zendaya’s hair. “But I think we’ve become even braver with hair color.”

Ms. Stephen attributes the surge in red to the number of black women now wearing their hair natural. “The hair is not dealing with two chemical processes,” she said. “So you have natural hair that is healthy and long, but then women get bored and say, ‘I want to have fun.’”

There was internet speculation that Zendaya, who is starring “Spider-Man: Far From Home,” had gone red to hint that she’d be playing Ariel in Disney’s live-action reboot of “The Little Mermaid” (Halle Bailey was cast in the role). But Ms. Stephen said Zendaya’s red turn is a nod to Mary Jane Watson, the redheaded “Spider-Man” character. Zendaya, she said, had been planning to be a redhead for more than a year.

“Every stylish girl I know — especially the brown girls — has a list of hair styles and colors they have to try at least once,” Ms. Stephen said.

If you count yourself among the color adventurous, this is your moment. To assist, we asked four experts in color and textured hair to answer the most pressing black-women-red-hair questions.

How to Pick Your Red

Expect to see more some cinnamon redheads this season. “I love the red that Zendaya is wearing,” Ms. Stephen said. “It’s a blend of copper and cinnamon, which I like — as opposed to the superhot, punky reds that were popular a few years ago.”

Finding a complementary red is less about skin color and more about undertones, which can be warm, cool or neutral. Each undertone pairs well with certain reds. Gingery, orange-reds complement warm complexions. Skin with cool undertones looks good next to blue-red hair color, like brick. People with neutral skin tones can generally rock any shade.

But if we’re being honest, the whole undertone analysis (“Are your veins green, blue or neither?”) is bewildering, particularly on black skin where you may not be able to discern vein color. Rachel Bodt, a colorist at the Red Door Salon & Spa in Manhattan, said that her most important going-red advice is to try on wigs.

“If you can find an amazing colorist to guide you through color selection, that’s great,” she said. “But say you pull all these pictures of celebrities, talk it through with her, dye your hair and you still don’t like it? Actually trying on a color is the best way to see how you’ll look.” 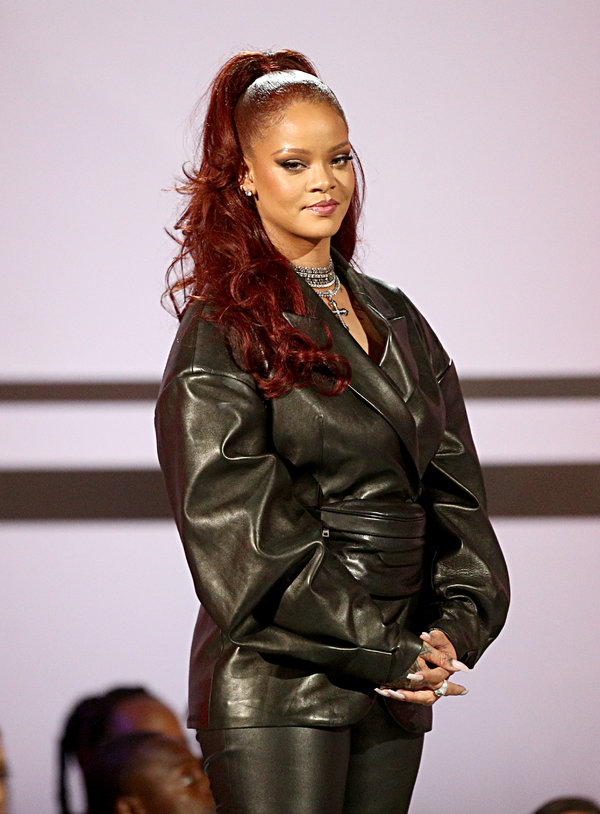 And, Speaking of Wigs

Wigs and extensions that completely cover your hair are the low-commitment way to go red. “Extensions and wigs are protective styles, but I also think of them as cosmetic,” said Joie Wallace, a hairstylist in Hampton, Va., who is known for creating imaginative color on textured hair. “They make changing your hair color as easy as changing your lipstick.”

But if you prefer to wear partial wigs or extensions that leave some of your own hair exposed around the hairline (called “leave-out” hair), there are options. There’s a “sectional” dye, coloring only your leave-out to match the extensions. You can also custom-dye the extensions or wig so that the roots match your natural color, with the remaining length gradually transitioning to red.

“This can be done beautifully and looks totally natural,” said Ms. Wallace, whose prices for custom wig and extension dyeing range from $300 to $600. Many people who install wigs or weaves don’t color hair, so you may have to find a colorist. Also, keep in mind that only 100 percent virgin, human hair can be dyed.

Braids are another dye-free redhead option. Felicia Leatherwood, a stylist whose clients include Issa Rae and Ava DuVernay, specializes in natural hair styling.

“I love big box braids in red,” Ms. Leatherwood said. “It gives off an artistic, soulful vibe and says you’re confident enough to carry a bold look.” Synthetic hair, which is typically used for braiding, can’t be dyed but comes in a variety of colors. (Ms. Leatherwood’s favorite synthetic hair brand is RastAfri).

“Your stylist can create a transition by mixing in some synthetic hair that matches your base color,” she said. “Otherwise, each braid will abruptly switch from your natural shade to red.”

She also recommends faux locs for trying out new color. Unlike braids, faux locs will completely conceal your own hair.

When You’re Ready to Color Your Hair

If you’re not ready for allover red, start with highlights. “Even a little amount of red feels really impactful,” Ms. Bodt said. Because black hair is typically textured and, therefore, dryer and more porous, going completely red can be easier than you think.

Porous hair is like a sponge, soaking up the color placed on it. So even a color-depositing red shampoo, which fades after a few washes, can show up noticeably, Ms. Bodt said.

Semipermanent color, which is what Ms. Stephen used on Zendaya, is the next level in permanency, but it doesn’t remove pigment from the shaft (which is the damaging part of the dyeing process). Again because of the porosity of textured hair, semipermanent color can coat each strand well, leaving the hair very noticeably red.

After semipermanent color, there’s permanent color and bleach, which lightens your natural hair. “What service you need all just depends on the color you want, your base color and whether or not you already have color on your hair,” Ms. Bodt said.

How to Maintain Your Red

Red is notoriously temperamental. If you want to maintain an exact tone of red, expect salon visits for a glaze, a process that corrects tone, every six to eight weeks. You can extend time between appointments with color-maintenance treatments, like Leonor Greyl Soin Repigmentant in Natural Copper, $65, which doubles as an ultra-hydrating conditioner.

“But if you’re a girl who’s O.K. with a gradual fade-out, it can be cool to let your red morph into different shades over time,” Ms. Stephen said.

07/10/2019 Fashion Comments Off on Red Box Braids and Faux Locs. Your Hot Girl Summer Starts Here.
Recent Posts
We and our partners use cookies on this site to improve our service, perform analytics, personalize advertising, measure advertising performance, and remember website preferences.Ok