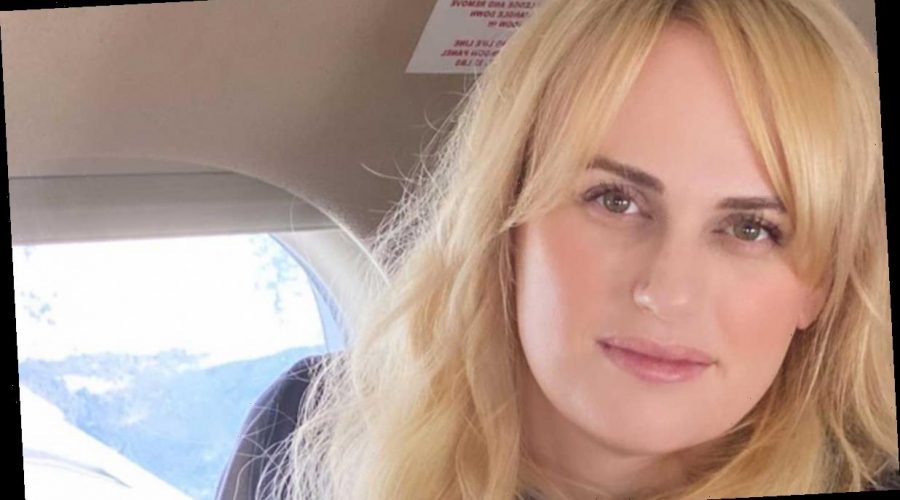 The 40-year-old actress posted the pictures to Instagram as she revealed she was in a ‘good place’ following her split from brewery heir Jacob Busch at the start of the year. Talking to TV show Extra, the Australian star revealed she was doing just fine.

“Any kind of breakup is hard and not ideal, I don’t know if it’s turning 40 or coming into your own but I feel in a really good place,” she told the TV outlet.

WATCH: Rebel Wilson is stunning dancing with her co-stars in figure hugging dress

Rebel and Jacob first met through mutual friends in 2019 but only went Instagram official in 2020. When she was away filming in November, Rebel even revealed that Jacob had sent her a pretty bouquet of flowers.

Not only is Jacob the founder of an ice cream brand named Napps, but he is also an heir to the Anheuser-Busch brewing dynasty and is worth an estimated $140million.

MORE: Rebel Wilson rocks nineties hairstyle during Florida adventure – and it suits her!

Rebel stunned in the plunging cut out dress

Rebel looked incredible in her new Instagram post. Sweeping her blonde hair into a long braid on one side, she captioned the post: “Plait-titude!”. Her fans were quick to comment on the fierce look. “Killer dress,” one wrote while another dubbed her “Rebel Rapunzel.”

The Pitch Perfect star has lost an impressive 40lbs during her 2020 year of health and also addressed her weight loss during her interview with Extra this week.

“I would often go on little diets and things and try to lose a few pounds here and there… This is the first time I haven’t gained any weight back,” she said.  “I think because I approached it from all areas… the biggest thing that I haven’t ever worked on was the emotional side, what I suffered from, I guess, as classical emotional eating… so I really worked on that side.”

And Rebel is clearly quite happy with how she looks now – revealing she’s not intending to lose the amazing curves she was showcasing in her latest social media post.

“My goal was never to be skinny,” she explained. “I don’t focus too much on the numbers. I still look like me. I love being curvy and I’m still super curvy but just a healthier version. That was my goal.”