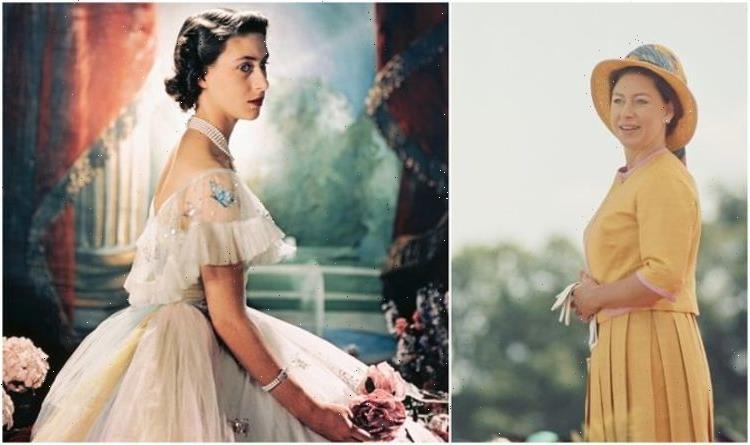 Princess Margaret was 'jealous' of Diana and Fergie says Bond

The portrait was taken by Cecil Beaton to mark Princess Margaret’s 19th birthday, where she was holding a beautiful pink petaled flower and her dress was embroidered with sequined butterflies. The iconic bracelet which the Princess can be seen wearing went up for auction on Tuesday, September 14, and its final price was £396,800, including buyer’s premium. It is unknown who the buyer is, however, this is the second auction of this bracelet.

Margaret’s grandmother, Queen Mary, most likely gave her the jewellery piece for her 18th birthday the year before.

‘The Queen’s Jewels: The Personal Collection of Queen Elizabeth’ by Leslie Field mentions the Princess received a gift of a matching pearl necklace and bracelet set to honour her entrance into adulthood.

Frances Noble, head of Dix Noonan Webb’s jewellery department, says she believes this is the bracelet in question, although they cannot be 100 percent certain.

They estimate it was made around 1925.

The bracelet is stamped with ‘M’, suggesting the pearls came from Mikimoto, which was quite the modern choice at the time.

It was a Japanese jewellery house, known for its cultured pearls, and started becoming extremely popular in London in the 1900s.

“Mikimoto pearls were beginning to come on the market and causing quite a sensation because they were so much cheaper than natural ones,” Noble said.

The case which contained the pearls came from Cartier.

The diamond clasp resembles a shield and Noble estimates it features one carat worth of diamonds.

Engraved on the inside of the clasp is an ‘M’ topped with a crow, Princess Margaret’s royal cypher.

Small cut diamonds are between the two pearl strands, and they are delicate details often overlooked at first glance.

“They’re so lovely, and really catch the light,” Noble added.

This was almost certainly a custom commissioned piece, as it is unlikely Mikimoto and Cartier, two competing houses, would have collaborated during this time period.

Noble speculates the Royal Family bought the pearls, then later went to Cartier, one of the official royal jewellers to get it cased in the Art Deco style.

Noble said: “It would have been very stylish for the 1920s, and state of the art in terms of its fashion.”

After Princess Margaret’s death in 2002, her personal jewels, including this bracelet, went up for auction.

Nearly two decades later, the purchaser has decided to once again put it up for sale, and, as a result, let royal watchers admire the late Princess’s jewellery collection once again.

Noble said of the sale price: “It not only reflects the strength of the current auction market but also the overriding importance of provenance.

“Princess Margaret was photographed wearing this bracelet on numerous occasions which certainly added to the appeal of the piece, attracting international interest and extremely competitive bidding – an exceptional result for the vendor.”

The item had previously been sold in 2006 by Christie’s after they auctioned off jewellery from her collection following her death in 2002.

09/15/2021 Fashion Comments Off on Princess Margaret’s diamond bracelet that caused ‘quite a sensation’ sells for £395,000
Recent Posts