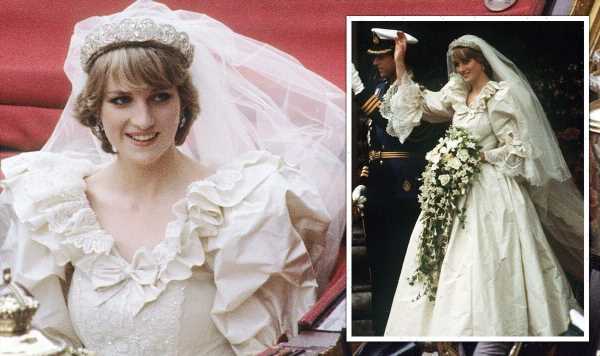 Kate's 'fashion' has nothing to do with Diana's says royal expert

After months of anticipation, royal fans were not disappointed when Lady Diana Spencer arrived at St Paul’s Cathedral on July 29, 1981, for her royal wedding to Prince Charles. Her stunning puffed gown made of ivory silk taffeta and antique lace was impressive enough, but the piece de resistance, a 25-foot train, added a whole extra dimension to her iconic bridal look.

Diana’s dress was unlike anything anyone had ever seen before, and it signalled the start of her journey as a royal fashionista.

Diana picked the British fashion powerhouse David and Elizabeth Emanuel to craft her stunning gown, and months of preparation went into it.

“It was designed by Elizabeth and David Emanuel from ivory taffeta with added antique lace that once belonged to Prince Charles’ great-grandmother, Queen Mary. 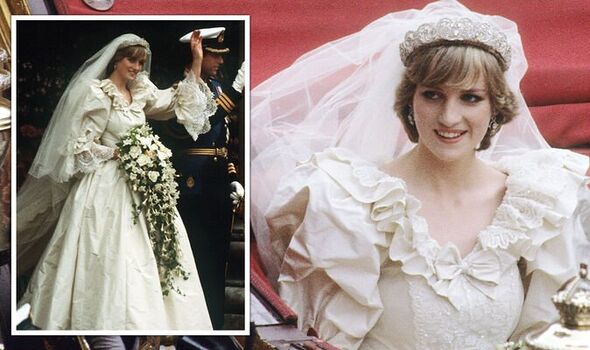 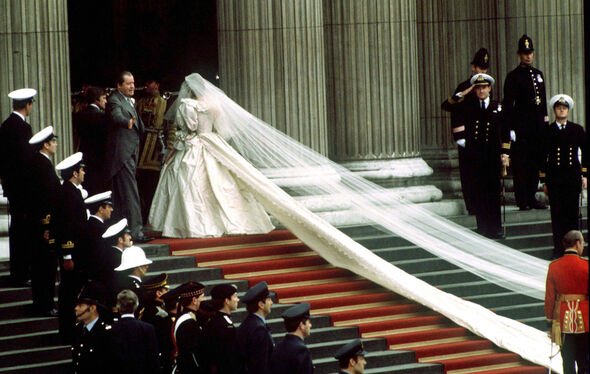 “The dress was a classic ballgown shape with a fitted bodice, nipped in waist and full skirt with added puff sleeves; a detail that became very popular in 1980s bridal fashion.

Diana made sure to make several subtle tributes with her wedding ensemble, including her choice of headwear.

All royal brides are offered a tiara from the royal collection to wear on their big days, but Diana opted to pay tribute to her own aristocratic family. 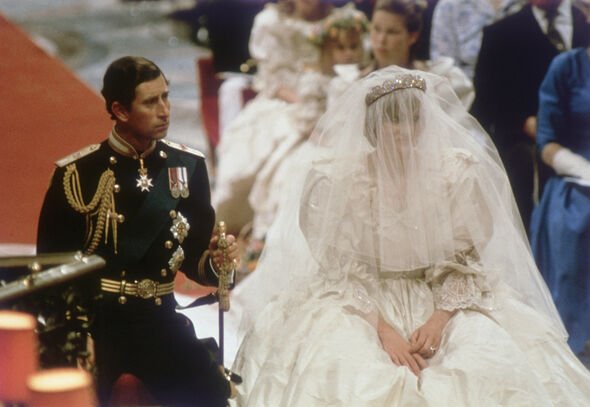 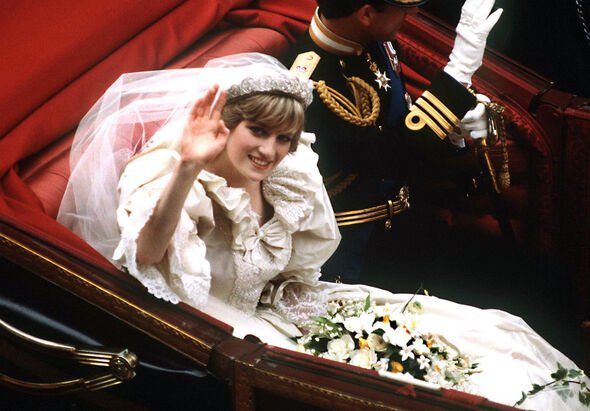 Ms Beavis added: “Her tiara was not borrowed from the Queen as other royal brides have done, instead wearing the Spencer Tiara owned by her family.

“A special touch was a good luck charm created by the Emanuels who added a gold trinket studded with diamonds to the dress label, plus a matching umbrella that was never needed.”

Princess Diana’s wedding dress was considered very of the time for the early 1980s, but the royal brides who followed swiftly after, Sarah Ferguson and Sophie Rhys-Jones, opted for sleeker wedding dresses for their big days.

This trend continued into the latest round of royal weddings, with both Kate Middleton and Meghan Markle opting for more timeless, classic gowns. 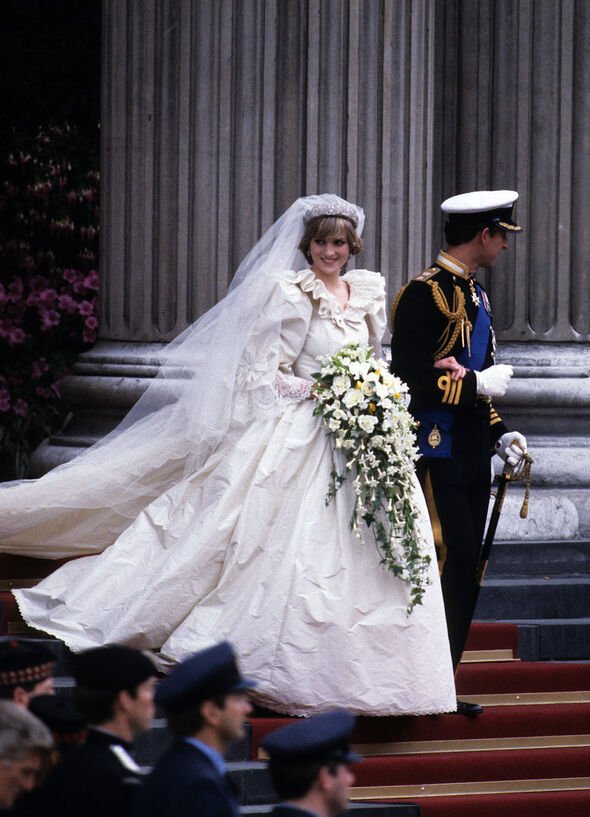 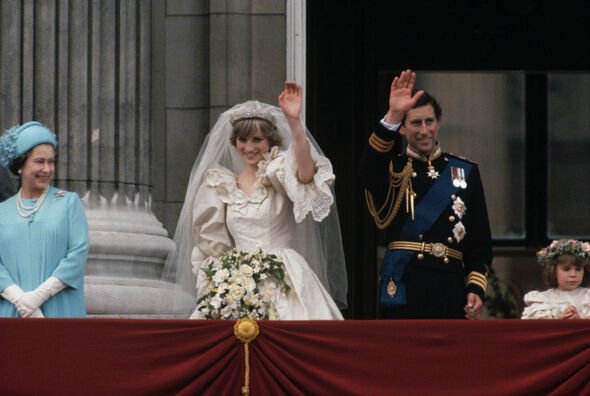 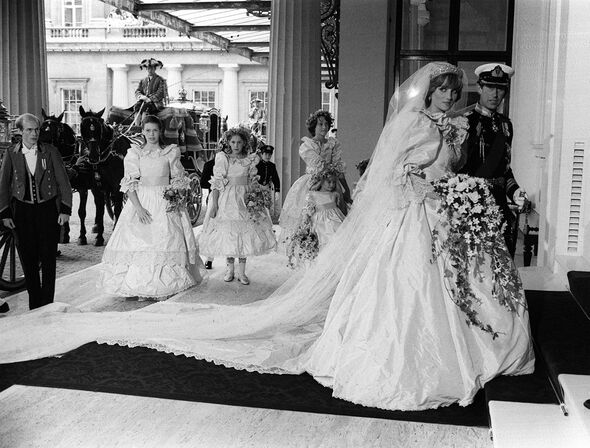 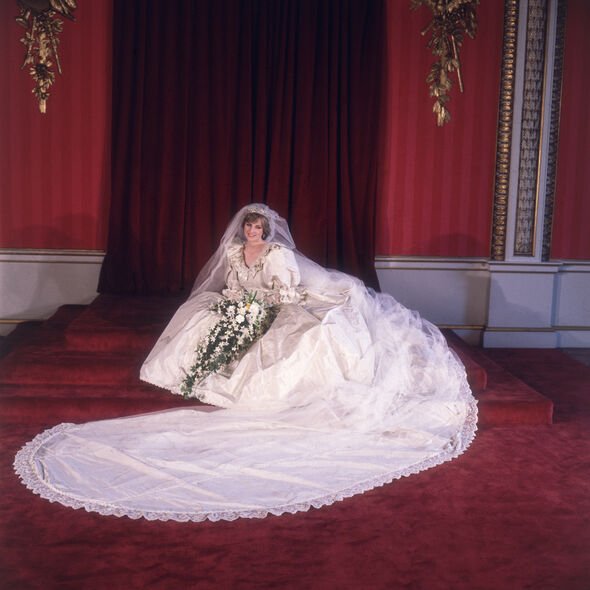 But according to Ms Beavis, the “theatrical” qualities of Diana’s dress are seeing a resurgence in modern bridalwear today.

The wedding expert added: “It was very flamboyant in design, theatrical almost which wowed the public.

“It inspired fashion design as a whole with wedding dresses continuing the look into the 1990s.

“Interestingly bridal fashion now is looking back to this era with oversized bows, large veils, embellishment and maximum drama, which is much needed after the last few years.”