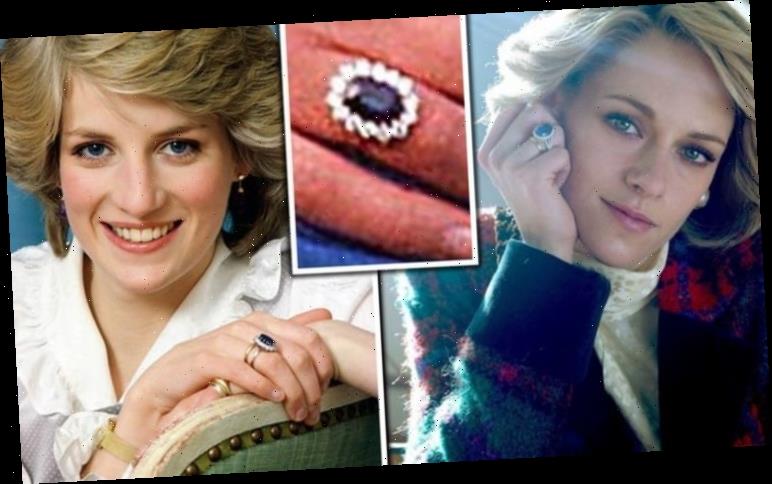 Princess Diana’s stunning engagement ring has been copied by jewellers all over the world ever since she debuted it in 1981 after her engagement to Prince Charles. New snapshots of Kristen Stewart as Princess Diana in Spencer show close ups of the replica iconic ring.

The film, Spencer, follows three days in Princess Diana’s life in the 1990s.

It shows when Diana spent the Christmas holidays at Sandringham House with the Royal Family as well as her decision to leave her marriage with Prince Charles.

New snapshots of Kristen Stewart playing Princess Diana show close ups of the iconic ring, which according to royal fans and experts, has little resemblance to the original.

Made by Garrard, which was appointed Crown Jeweller in 1842, Princess Diana’s original ring was chosen by the royal herself upon becoming engaged to Prince Charles. 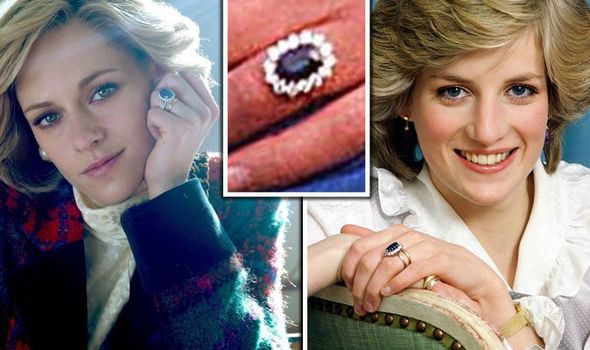 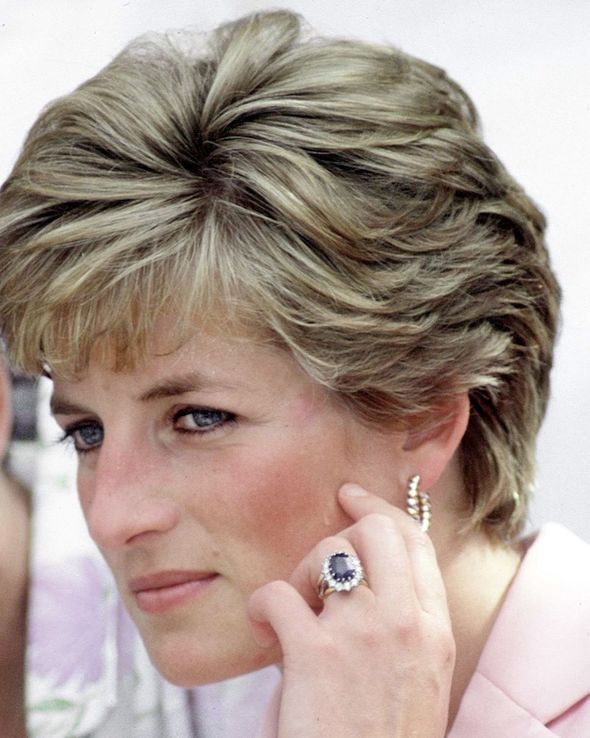 The ring itself featured 14 diamonds in total, all set in 18-carat white gold.

It is thought to be a total weight of 1.70 carats, compared to the average ring weight of 0.6 carats in the UK.

The iconic engagement ring now belongs to Kate Middleton after Prince William popped the question with his mother’s ring.

Both William and Harry inherited pieces from Diana’s collection after she died.

However, the ring seen in Spencer is completely different to the original according to experts.

Diamond expert, Max Stone, explained: “Whilst the light on the photo could be affecting the colour of the stone, from looking at the image, it doesn’t appear to be a sapphire as it’s a different shade of blue.

“It’s most likely a blue topaz or aquamarine, which would dramatically decrease the value of Diana’s ring by over £250,000.

“Whilst both rings are halo designs with oval stones and a cut-down setting, the replica also appears to have diamonds on the side of halo, whereas the original does not.

“We estimate the ring is around 10 carats, whereas Princess Diana’s is 12 carats.

“Alongside this, the remake has a modern look, whereas Diana’s has a beautiful vintage design.”

According to the experts, a blue topaz ring of this size would cost around £8,000, while a 10-carat aquamarine ring in this style would have a starting price of £30,000.

Royal fans also took to Twitter after noticing that although there are many similarities between Krisen Stewart and Princess Diana, the ring is totally different.

One person said: “I know that sapphire ring quite well and that is so different from the original.”

Another wrote: “It does look different but obviously they are not able to get the exact same.”

A third Tweeted: “At least it looks similar and not a completely different shape and style.”