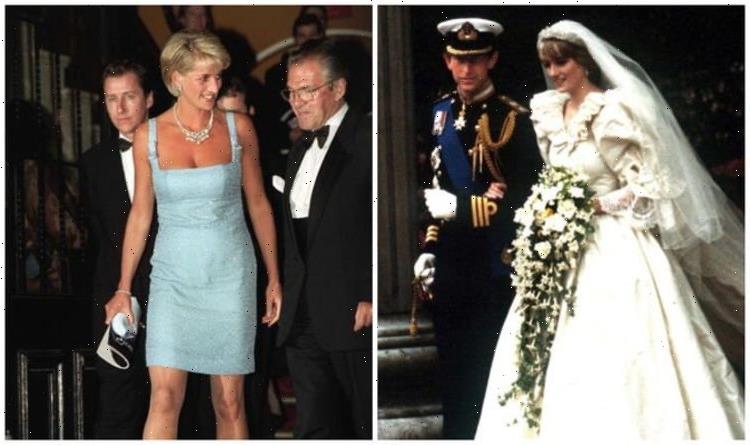 Diana, Princess of Wales married Prince Charles in 1981 in St Paul’s Cathedral. She was then thrust onto the world’s stage with no known major knowledge of fashion. The former nursery teacher was now having her outfits analysed all over the world and was offered to be dressed by the world’s most luxurious designers.

The dress she would eventually wear was a trendsetter for the following decade and made countless brides around the world go over her big 1980s look.

The Channel 4 programme ‘Diana: Queen of Style’ gave an insight into the creation of Diana’s wedding dress.

Elizabeth Emanuel who designed the dress appeared on the programme.

She said: “Looking at her getting out the carriage was one of the most amazing moments, it was literally metamorphosis.

“I love the wind catching her veil, catching the skirt, it was so wild and dramatic.

“We saw her at the top of the steps and the first thing that we noticed was the dress had got a bit creased and I have to say my heart stopped for a minute.

“I think what’s so special and why people remember Diana and her wedding dress was because of the imperfections.

“It was not the normal kind of royal wedding dress where everything is all in the right place at the right time.

“It probably should have been but it wasn’t.

“I think it reflected what happened later, Diana wasn’t perfect, none of us are perfect.

“She was a human being like all of us.”

Diana’s fairy-tale wedding dress would be a stark contrast to the dresses she would wear over the next 16 years of her life.

Writer Banseka Kayembe said on the programme: “The wedding dress is Diana having to put on layers to make herself feel substantial to play a certain part.

“The later dresses where she was stripped back, where they were form-fitting and very simple, there’s a strong element of authenticity and realness that she grows into.”

Princess Diana would later wear gorgeous form-fitting dresses that were completely different to the poofy 1980s wedding dress she wore as a 19-year-old.

This so-called ‘revenge dress’ was worn on the same night Prince Charles admitted to having an affair on national television, ensuring the headlines the following day would all be about Diana’s dress.

The Princess also wore many form-fitting dresses by one of her favourite designers, Catherine Walker.

Kate Middleton has since used Catherine Walker on many occasions, following in her late mother-in-law’s footsteps.