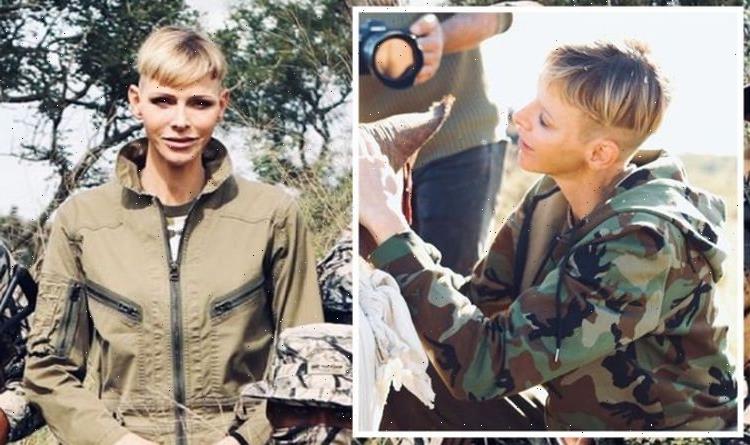 The 43-year-old royal is currently on a trip with her charity Princess Charlene of Monaco Foundation South Africa to help save rhinos from extinction. Prince Albert’s wife is now stuck in the country due to an infection that prevents her from travelling.

The Princess has shared some pictures on her charity’s Instagram account, where she showcased her new ‘French crop’ hairstyle.

The bold haircut features a long strip on top of the head and shaved back and sides.

This is not the first time Charlene has been gone for this kind of hairstyle.

In December 2020 the royal was also seen with a half-shaved head. 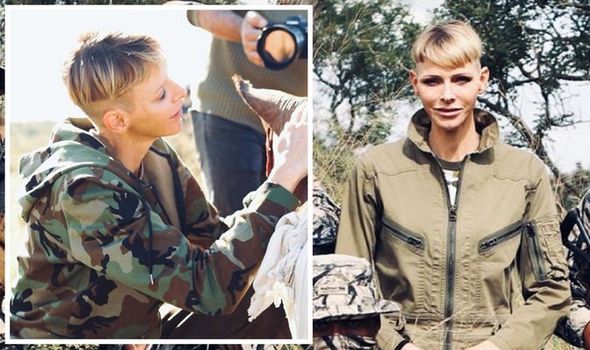 Since then, Princess Charlene has gradually gone for shorter and bolder cuts.

The Princess is now stuck in South Africa as she’s going through an ENT (Ear, nose and throat) infection that doesn’t allow her to travel.

After she didn’t attend Monaco Grand Prix, the palace had to comment on the Princess’ whereabouts.

As she wasn’t able to come back from South Africa in time, Prince Albert attended the Grand Prix with their children instead.

Charlene was raised in South Africa and represented the country at the 2000 Sydney Olympics.

She travelled to KwaZulu-Natal to learn more about what’s being done by her charity, the Princess Charlene of Monaco Foundation South Africa, to help save rhinos.

During her trip, the Princess has taken part in conservation operations like rhino monitoring and tracking.

She has also taken educational wildlife photography sessions, and a White Rhino dart and dehorning exercise. 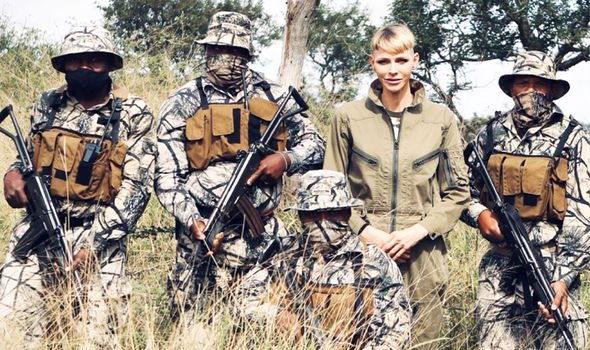 The photos of Charlene’s haircut have raised a debate on social media with a lot of users disapproving of the new style.

“What a haircut for a princess,” one user said.

Another one commented: “Why Charlene had this hairstyle, I don’t like it.”

However, some were thrilled with her new look: “Charlène is fabulous ! We are in 2021!”

During her conservation trip, and after conducting a rhino’s dehorning process herself, she said on her social media: “The experience was very emotional.

“I experienced first-hand the anguish and distress of the rhinos when we have to dehorn them, so poachers don’t slaughter them.

About her emotional trip she explained: “I connected with amazing people and spoke to the local trackers and anti-poaching units who all have an incredible passion for protecting our rhinos and environment.

“It filled me with immense joy to reconnect with the African people and spirit again. I was fascinated to learn more about the area’s history and culture,” she continued.