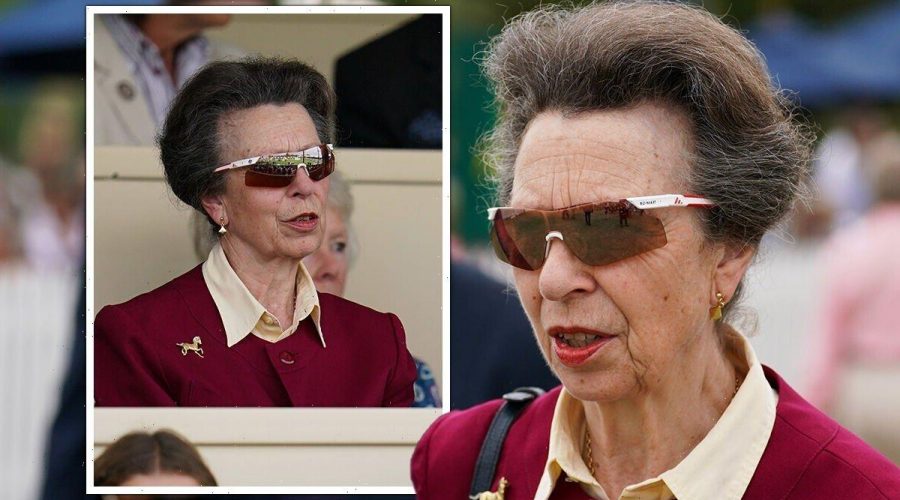 Princess Anne can frequently be found at equestrian events around the UK, and most recently she attended the Burghley Horse Trials in Lincolnshire. The Princess wore a smart burgundy jacket which she paired with a tartan skirt and a pair of classic loafers. But it was the Princess’ gold brooch which served as the outfit’s main talking point.

Anne wore a horse brooch pinned to her jacket on Sunday and eagle-eyed royal fans may have spotted that she has worn the brooch on several occasions over the years.

Maxwell Stone of UK retailer Steven Stone said: “Princess Anne’s horse brooch is one of her most longstanding pieces of jewellery – the Princess Royal has regularly worn the accessory to races since the 1980s.

“The brooch is an incredibly fitting piece for the Princess for various reasons.

“Firstly, there’s her passion for horses and her successful equestrian career. 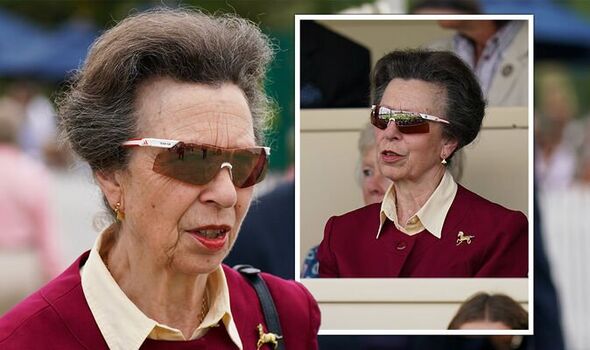 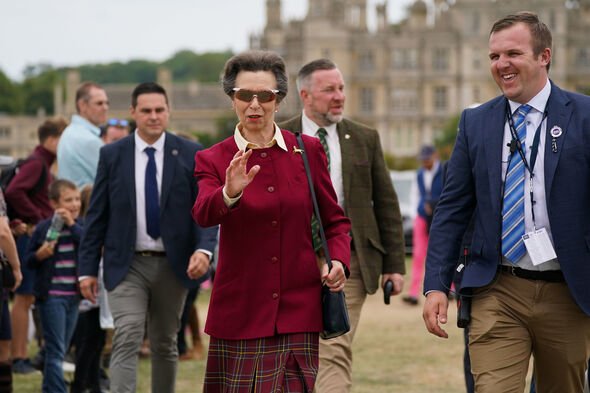 “Secondly, there’s the symbolism associated with the image of a horse – a universal symbol of freedom without restraint, this is perfectly in keeping with Princess Anne’s character.”

While it isn’t the most expensive brooch in the royal collection, Anne’s horse brooch is likely worth a hefty sum.

Mr Stone added: “I’d estimate a brooch like this to be worth £15,000 – potentially more dependent on its weight.”

Anne is one of the Royal Family’s most famous equine enthusiasts, hosting the Gatcombe Horse Trials every year at her estate in Gloucestershire. 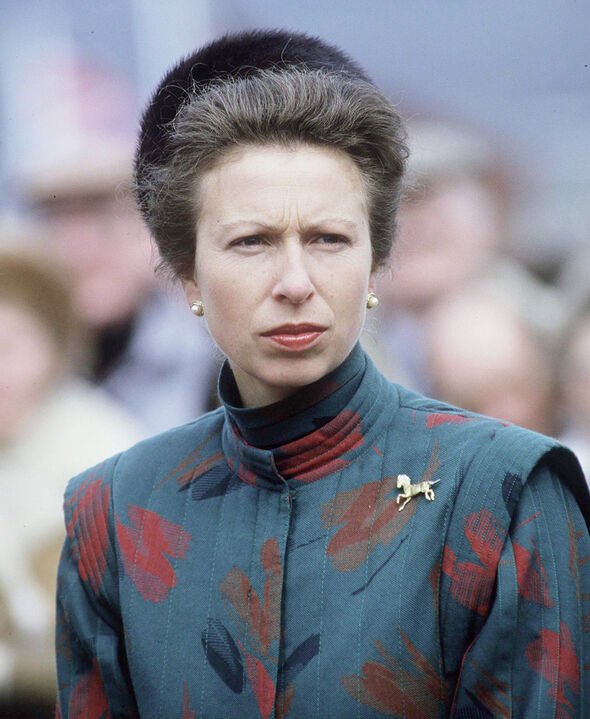 Anne is also an accomplished equestrian in her own right, and she became the first British royal to compete in the Olympics in the 1970s.

The Princess Royal’s love of horses is something she has passed on to her daughter Zara Tindall, who is also an equestrian.

Zara won a Silver Medal with Team GB for Eventing during the London 2012 Olympics, and adorably her medal was given to her by her mother.

While Anne has access to an incredible vault of royal jewels as the Queen’s only daughter, she tends to turn to the same pieces time and again.

Anne is frequently pictured wearing her Grima Pearl Earrings that she received more than 50 years ago.

“Gifted to her by the Queen and Prince Philip in the late 1960s, the earrings are one of Princess Anne’s longest-serving pieces of jewellery and have huge sentimental value.

“Worn frequently at public appearances, the Princess most notably wore them on her first royal tour as an adult, in Australia when she was with her mother at just 19 years old, to her wedding to Timothy Laurence in 1992 and to Prince Philip’s funeral in 2021.” 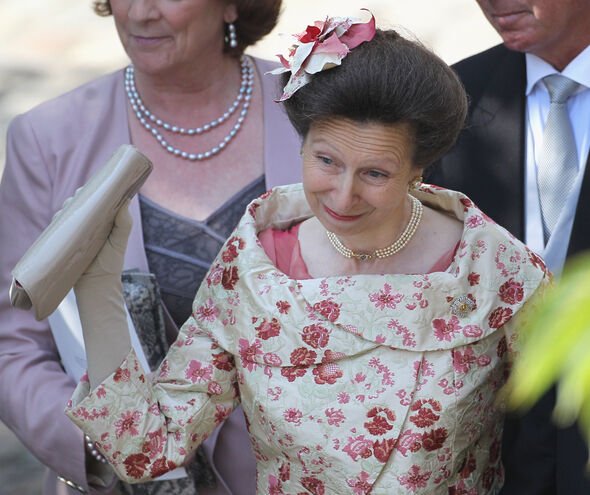 The retail price for a pair of earrings like Princess Anne’s would be at the top end of £3,000.”

Anne also frequently turns to the Meander Tiara, a diadem with huge sentimental value for the Royal Family.

The Greek key-style tiara originally belonged to Prince Philip’s mother Princess Alice and Anne wore it frequently when she was younger.

In tribute to Anne and Philip on her wedding day, Zara wore the Meander Tiara for her wedding to Mike Tindall in 2011.