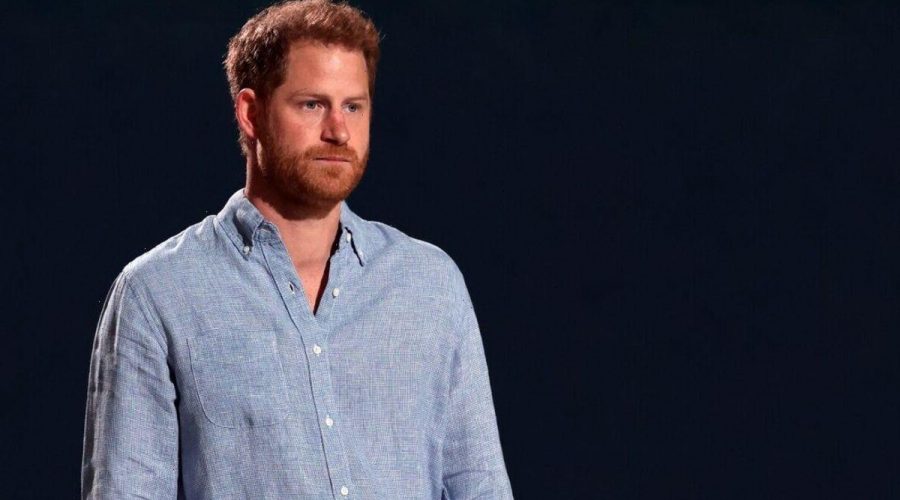 Prince Harry says Diana would be ‘heartbroken’ about William feud

Express.co.uk spoke to three jewellery experts about Harry’s necklace and if it had likely been a gift from Chelsy Davy: all three said it had. They discussed the necklace in detail, unveiling any hidden meanings there may be behind it.

Harry wrote: “[William] grabbed me by the collar, ripping my necklace, and he knocked me to the floor.”

The necklace is thought to have been one Harry has often been seen wearing in the past – it is made of a black leather cord with silver pendants hanging from it.

It has been previously reported that this necklace was given to the royal by his former girlfriend Chelsy Davy – the two dated on and off for six years from 2004.

Harry is believed to have started wearing the necklace at the end of 2004, and was pictured at a rugby match that November with the piece around his neck.

The royal was seen wearing the necklace throughout his and Chelsy’s relationship, and continued to wear the pendant after the split in 2011.

He has even been seen wearing the pendant in recent years, while being married to Meghan Markle. In 2021, the Duke of Sussex added a new pendant to the leather cord, which was embossed with the letter A.

This could be a tribute to his son, Archie. Since the royal seems to be a fan of this leather necklace, it is likely that he was wearing it in 2019, when his and his brother’s fight took place.

Jeremy Hinds, sales director of jewellery experts F. Hinds, agreed that “it is likely that the necklace worn by Prince Harry during the alleged fight with Prince William was a gift from his former girlfriend, Chelsy Davy, as a token of their romance”.

He went on to describe the necklace, saying: “The original piece appears to be a silver, circular pendant that hangs on a leather chain, featuring a round jewel in the middle.

“In March 2012, the jewel fell from his shirt while playing rugby during his tour of Brazil.

“In 2021, the Duke added a new, rectangular pendant to the leather cord, which was printed with the letter A. It is speculated that this was a tribute to his son Archie.

“He has frequently been photographed wearing this necklace at events for the last decade, therefore it seems to be of great value to Harry.

“He was first spotted wearing the necklace in late 2004, months after the pair began dating, and continued to wear it through this entire relationship with Chelsy.

“In fact, Harry even continued to wear the necklace long after their split in 2011.”

Leroy Dawkins, jewellery expert and celebrity fashion blogger, added: “Prince Harry has always had a liking for jewellery and it shows, as he is one of the only royal men who visibly wears their wedding band.

“The necklace in question was not of vast value.”

“It would have sentimental value linked to his travels of Zimbabwe. Chelsy Davy is also the owner of jewellery brand Aya.

“Harry continues to wear the silver pendant which is hung on a leather necklace after his split with her, and it can now also be seen on the cover of ‘Spare’, Harry’s explosive book due out this week.”