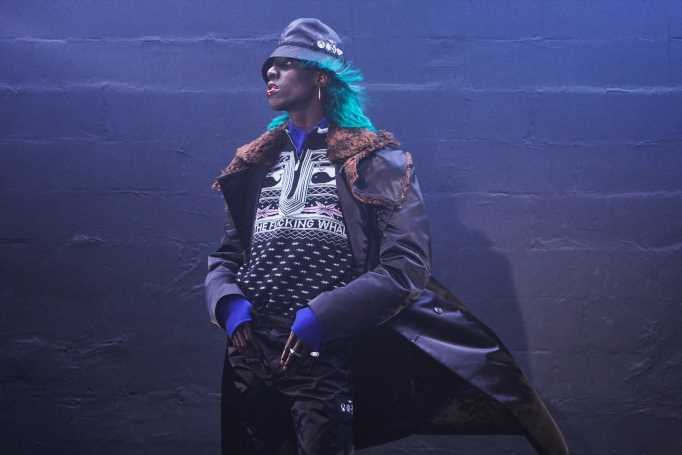 Spencer Phipps wants you to “Save the F—ing Whales” already.

Frustrated with the slow pace of the fashion industry’s efforts to become more sustainable, he has partnered with Oceanic Global, a non-governmental organization dedicated to ocean preservation, on his fall men’s collection – including the recycled cashmere Fair Isle sweaters that spelled out his blunt message.

“I was totally excited for this thing, and then it seems like we’ve just gotten on the same program, but with videos now,” he said. “I don’t really feel companies doing that much. They might switch a fabric every once in awhile, but the actual system itself seems pretty static.”

To drive home his message, Phipps headed to Iceland over Christmas to shoot “Endurance,” a tongue-in-cheek trailer for what he billed as a “gripping ecological thriller.” After quarantining for five days at a hotel in Reykjavik, he captured footage on Europe’s largest glacier, coming back with surreal images of ice caves.

While the heart of the collection was in the right place, it failed to live up to its spectacular billing. Inspired by polar explorers, looks layered functional underpinnings with retro ski gear and a smattering of tailored jackets and coats. Solid basics like track suits, leggings, rugby jerseys and turtlenecks made up the bulk of the offering.

Phipps said that after a restructuring phase, the label hopes to launch its women’s line next season following several delays. “You get frustrated, but you don’t lose hope,” he said. “It’s just that idea of endurance. You’ve just got to get through it, and get to that finish line.”