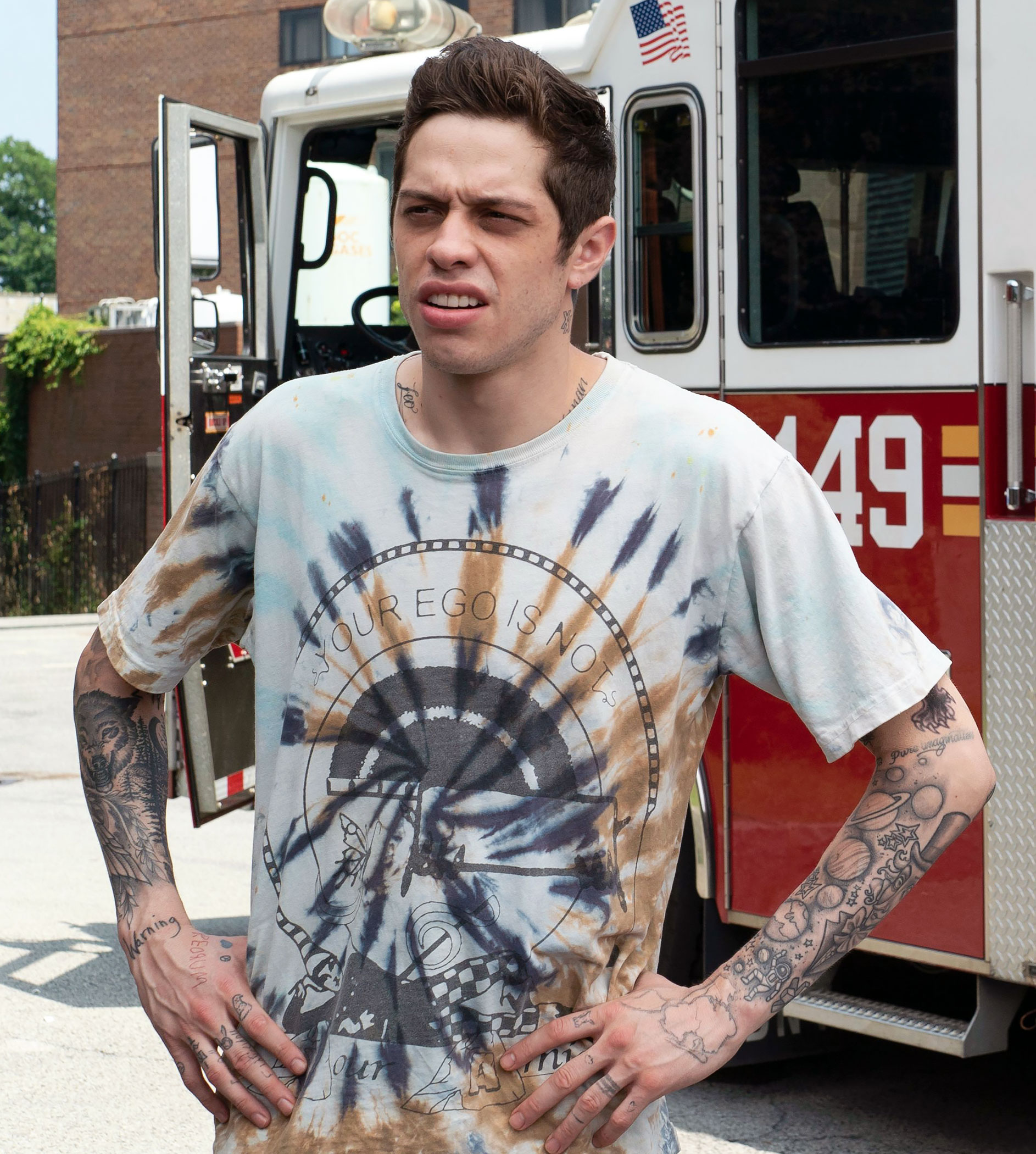 Erasing his ink! Pete Davidson revealed that he has embarked on a very lengthy process to remove each and every one of his tattoos.

“I’ve made lot of questionable choices, and a couple of them need removing,” the 27-year-old comedian said in a new commercial with Smartwater. The clip aired in promotion of the brand’s first ever Rehydration Day, which appropriately falls on July 5, the day following partying that comes along with Independence Day.

“But now I’m trying to make smarter choices, hydrating with Smartwater and stuff like that,” Davidson said while an actress playing a technician started to laser away a design on his arm.

While the SNL star was getting his ink zapped for the purposes of his partnership, filming the commercial actually got in the way of his real life treatments. In fact, he had to take “about four or five months” off.

Ouch! Machine Gun Kelly Gets a Gory Slash Tattoo on His Neck

“We’re shooting some stuff and it takes like a month for it to heal. But like it’s pretty much off this hand,” he told People TV. “I get my next treatment [in] like a month or so.”

Even though his next laser treatment is in the books, don’t expect his body full of designs to vanish in a snap — it’s going to take a decent amount of time.

“They said by the time I’m 30, they should all be gone,” he revealed. “So they got like two more years left of this.”

Davidson’s decisions to remove some of his ink stems from a place of practicality. In May, the star revealed that he’s removing many of his tattoos to make his growing acting career a heck of a lot easier.

“I honestly never thought that I would get the opportunity to act and I love it a lot,” he said during an appearance on Late Night With Seth Meyers. “You have to get there three hours earlier to cover all your tattoos, because for some reason, people in movies, they don’t have that much.”

As a result, he decided to start “burning them off.” But to say it’s an unpleasant experience would be a gross understatement. In fact, Davidson says it’s “worse than getting them” in the first place. But with more than 100 tattoos, it’s safe to say the doctor has a lot of ink to zap off.

Davidson’s extensive tattoo collection includes everything from a Hillary Clinton portrait and a quote from Harry Potter character Albus Dumbledore to a drawing of Winnie the Pooh and multiple tributes to his father, a firefighter who died responding to the September 11 terrorist attacks in 2001.