But a simple "fumble" of his balls turned life on its head after he was diagnosed with testicular cancer. 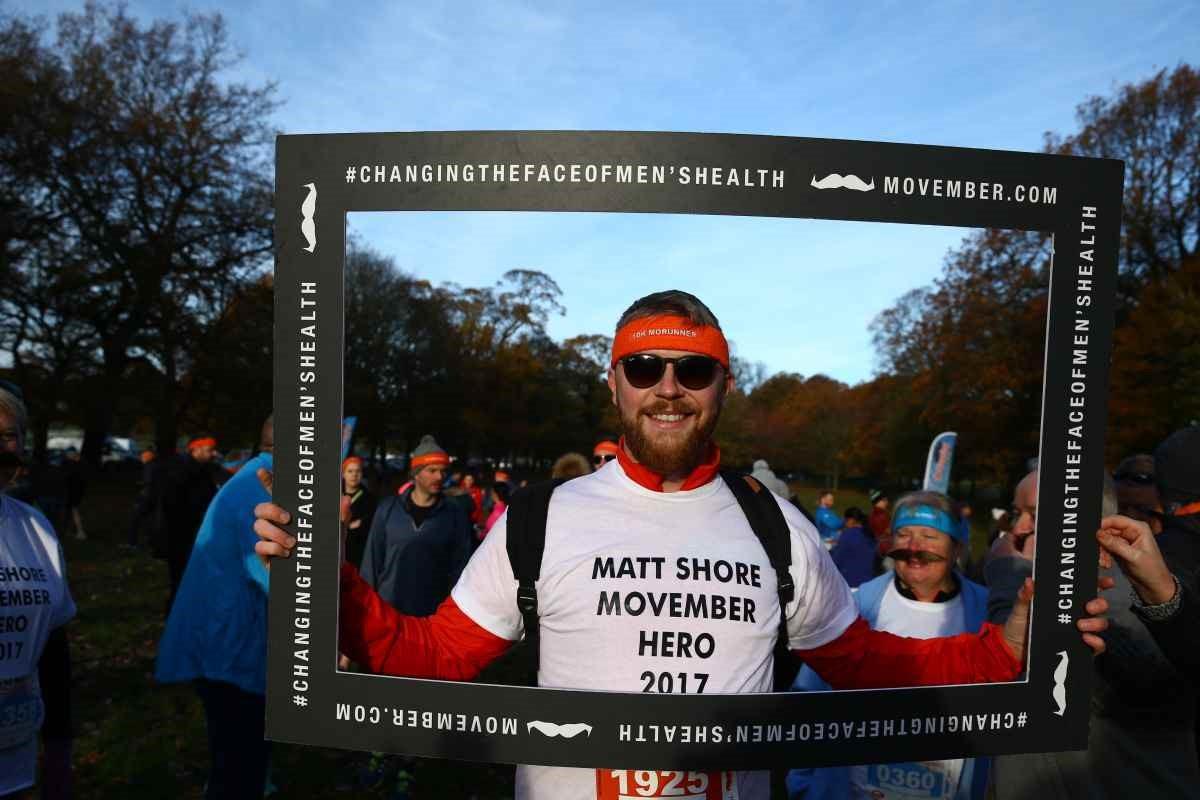 With a family history of the disease, the Nottingham resident had been urged by his dad to check his crown jewels – a piece of advice that would prove life-saving.

Despite thinking the odds were in his favour, he noticed a lump in his testicle in August last year.

Doctors then confirmed Matt had cancer, which eventually led to him undergoing a bilateral orchiectomy to have both testicles removed.

Matt said: “I decided to have a good old feel of the jewels after my Dad mentioned he had a second scare of testicular cancer since beating it 25 years ago.

What are the main signs and symptoms of testicular cancer? 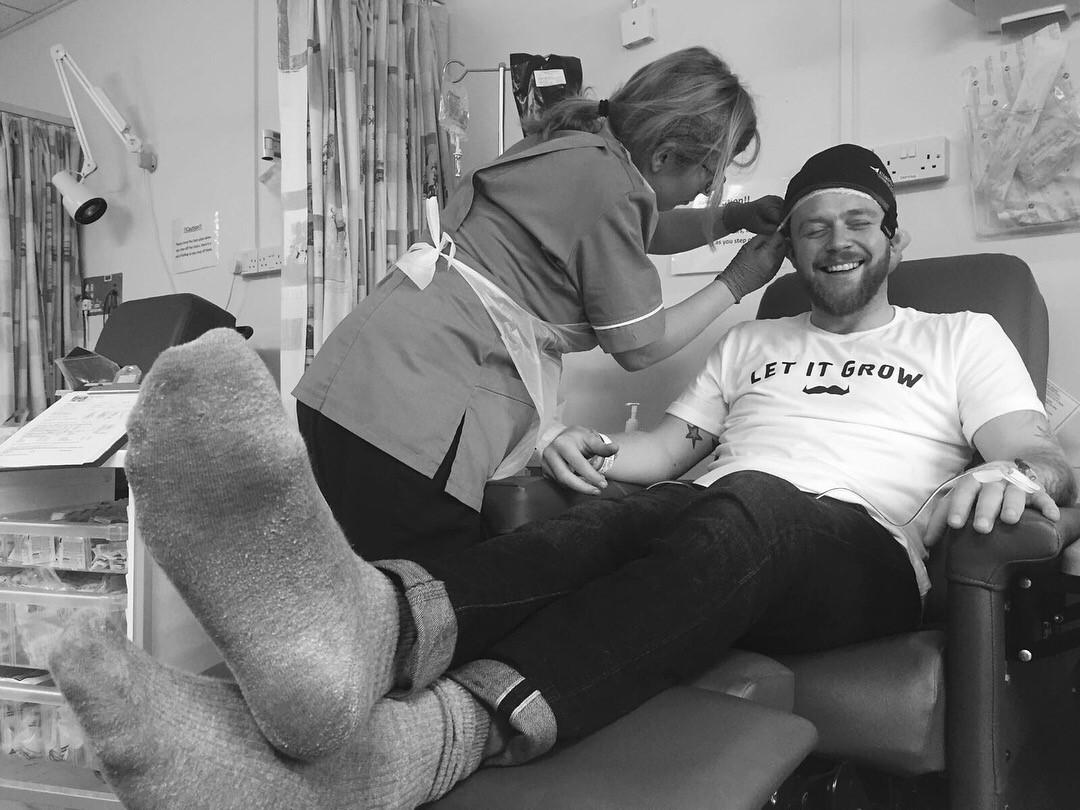 "That one grope changed everything because I was later diagnosed with testicular cancer.

"My diagnosis made me angry because I had grown up around so much testicular cancer and had constant reminders off my dad to 'check my testicles'.

"I remember thinking to myself that from a percentage perspective, surely, I wasn’t going to have it."

And while he was thankfully cleared of the disease in January this year, Matt had already faced cancer's harsh repercussions.

Prior to having his testicles removed, he attempted to have some of his sperm frozen so that he and partner, Stef, could try for a baby.

Unfortunately, cancer had left Matt’s sperm count at one to 10million, meaning that it would be almost impossible for him to have his own biological children.

Matt told of the mental torment he suffered: “I had a matter of days between diagnosis to the big chop so I had to act fast and get booked into the sperm clinic.

GROW A MO – Visit Movember.com to sign up to Grow A Mo and help raise money to stop men dying too young

"Emotionally and mentally this was my toughest day.

“I was told the cancer had destroyed all chances of fathering children of my own so at that point I had no balls, no chance of kids and a life of hormone replacement.

“I felt emasculated and alone, and so I drove to my mum's house and cried in her arms.” 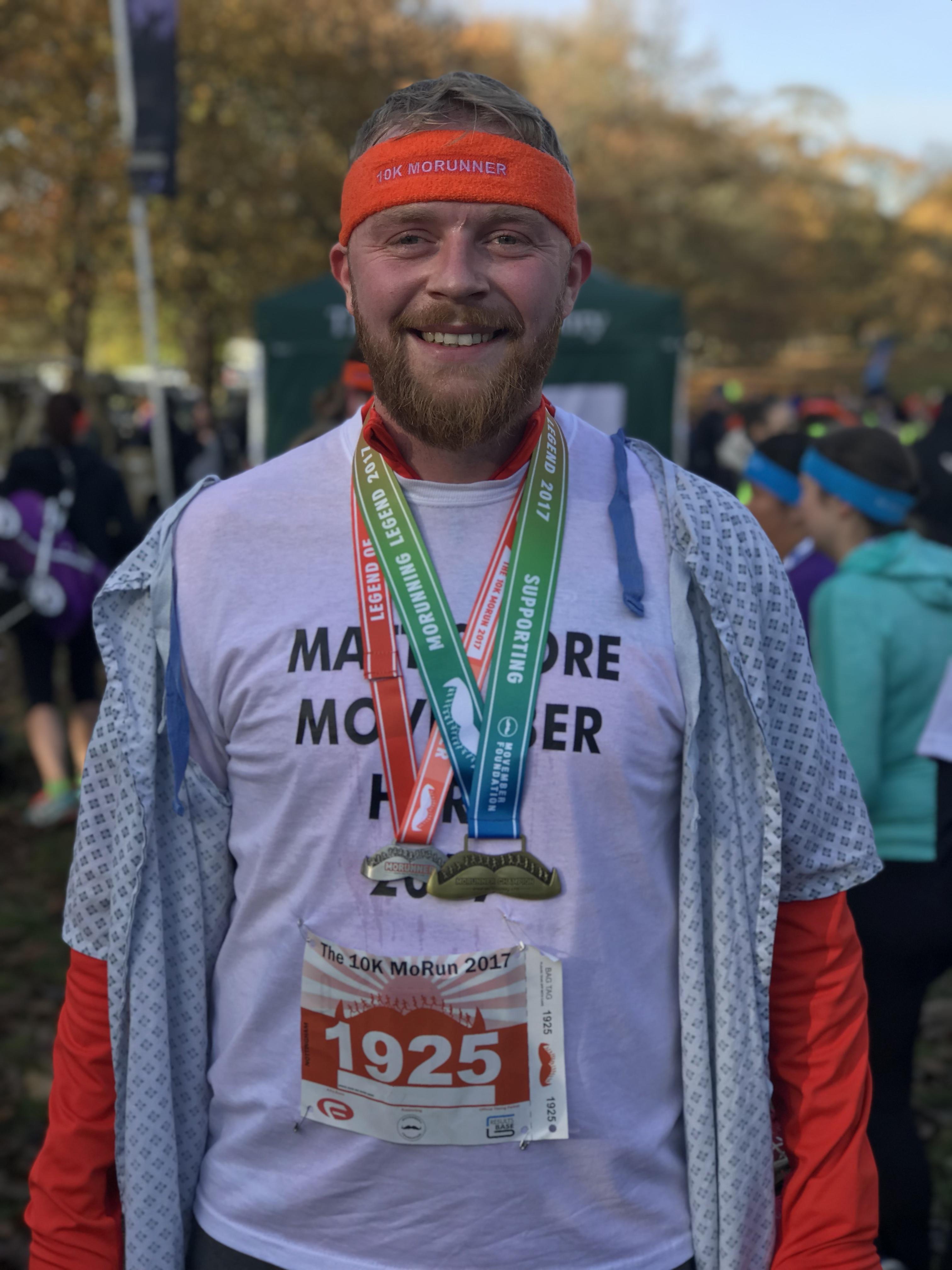 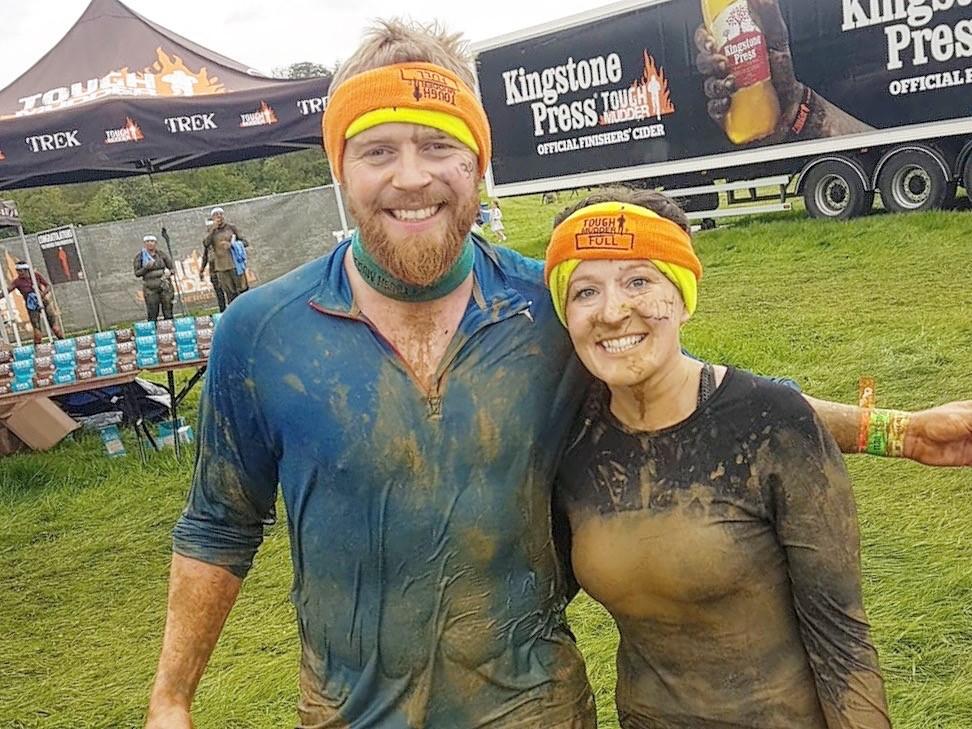 Since making a recovery, Matt has channelled his energy into becoming a positive voice for The Movember Foundation, who helped him through his treatment, and into spreading awareness of the signs of testicular cancer.

After participating in his first 10km MoRun during his chemotherapy in November 2017, he will once again take on the Nottingham event this year to raise awareness and funds for a great cause.

To date, Matt has raised more than £8,000 for the men's health charity, and wants to take his total into five figures.

Matt said: “I want to use my experience to help others and I won’t stop until I have a five-figure number on my fundraising page.

“Testicular cancer is a very curable and treatable form of cancer if caught early, but we need to spread this message and urge all men to check their jewels.

“Movember has truly given me my balls back.”

11/01/2018 Fashion Comments Off on 'One fondle saved my life,' says testicular cancer patient as he urges all blokes to check their balls for 4 red-flag symptoms
Recent Posts