But the 31-year-old's world was turned upside down when she found naked photos of Pete's best mate, Sonia*, on his phone. He swore there was nothing going on – but it was a lie. 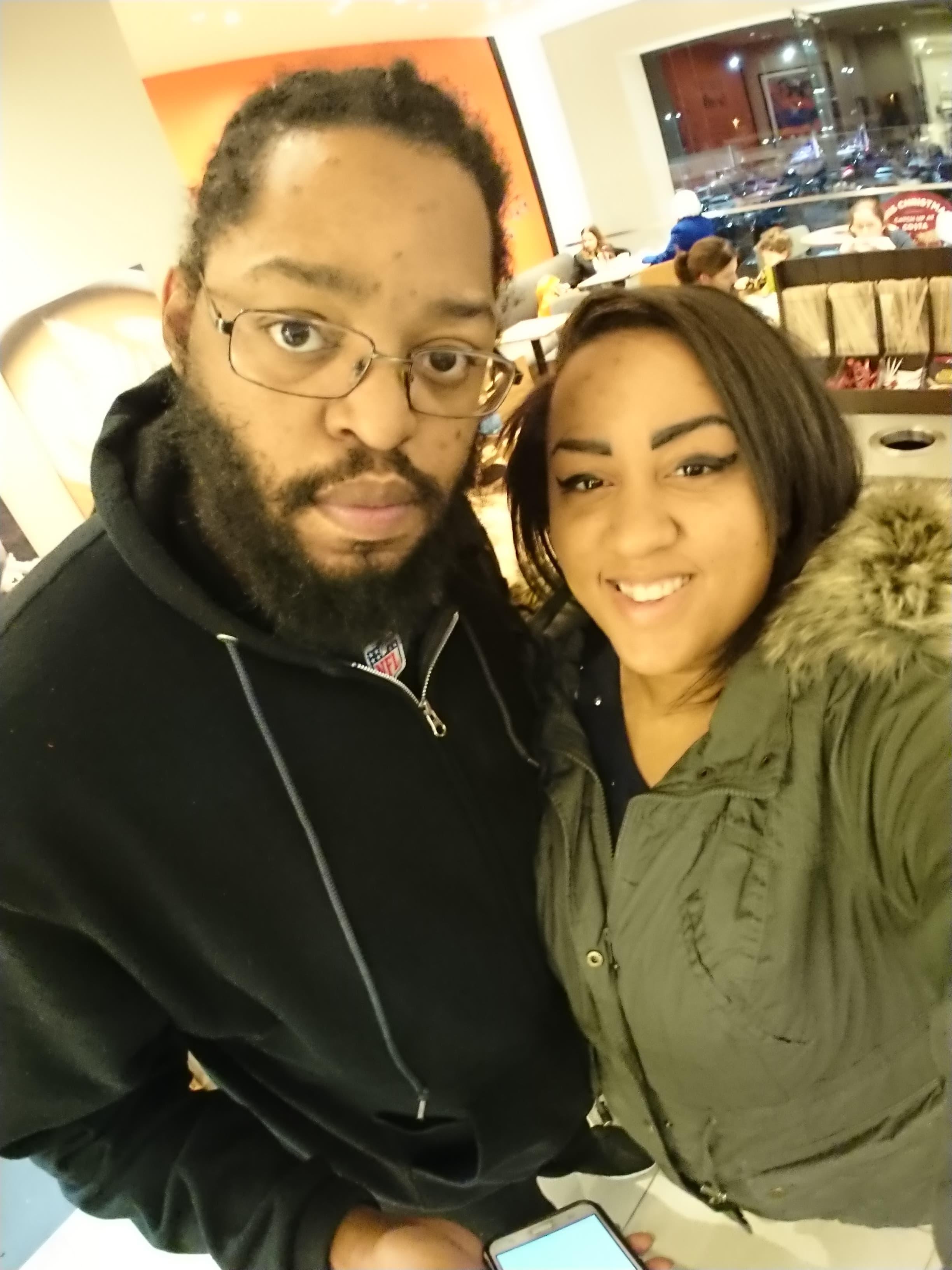 Despite the infidelity, Shanita, from Ipswich, Suffolk, who was pregnant at the time, decided to stand by Pete, 36 – and even to continue with their planned wedding.

Now, for the first time, Shanita has shared her shocking story with Fabulous Online:

As I opened up my Facebook account and saw a friend request from a familiar face, I felt my cheeks blush. I’d first met Pete in America in 2013 when I was living there with my ex-boyfriend for work.

We were interviewing Pete’s boss but my eyes couldn’t stop drifting to his handsome colleague.

On that occasion we parted ways without me even learning his name but I never forgot him.

I never expected to hear from Pete again so when he added me on Facebook six months later – finding me through his boss –  I was ecstatic. 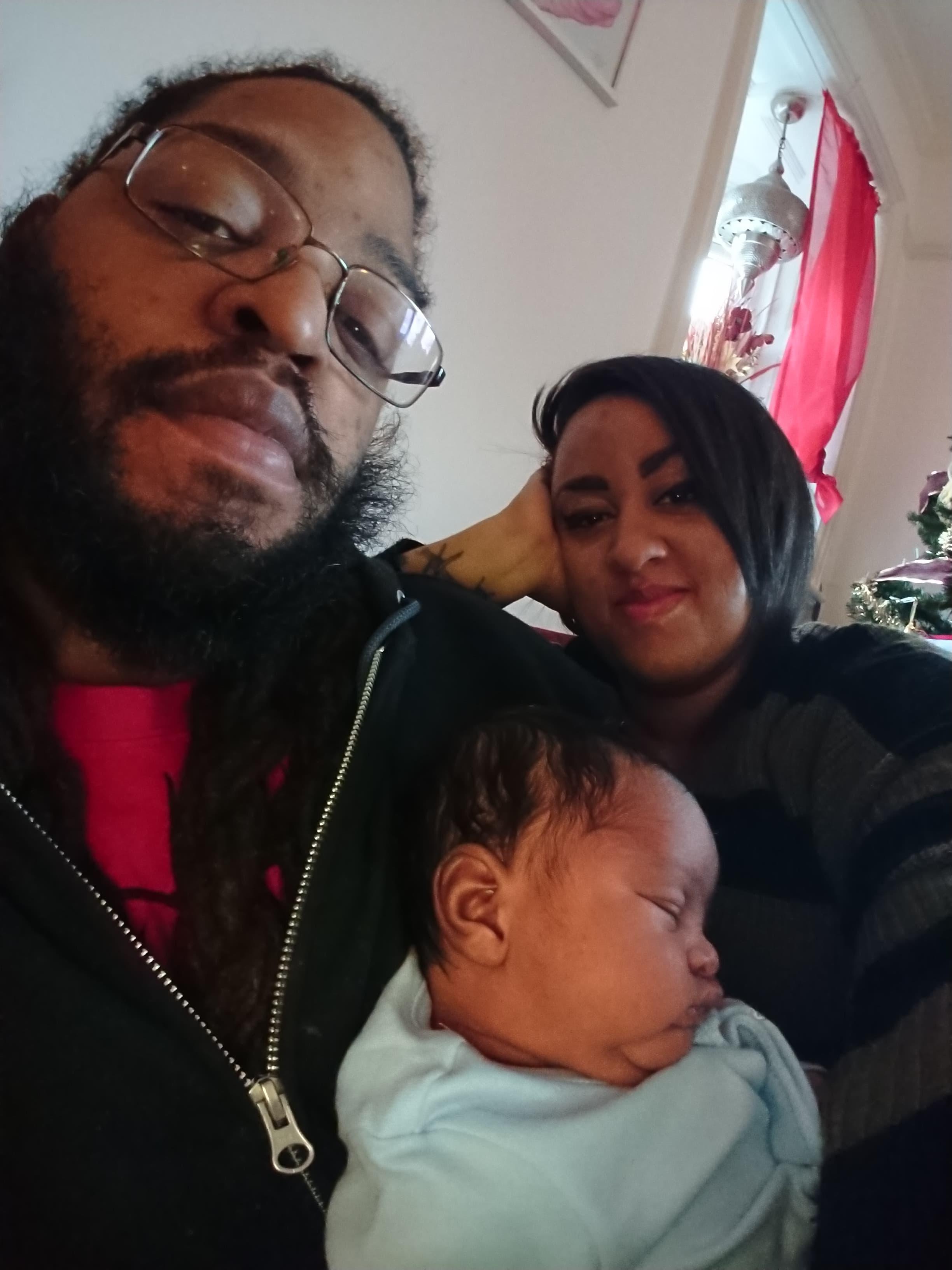 I’d since broken up with my ex and as I clicked ‘accept’ on Pete's friend request, I figured there was no harm.

“I’ve been trying to track you down ever since I first saw you”’ Pete wrote. “Well now you’ve found me,” I replied, smiling as I typed.

It didn’t take long before we arranged to meet for lunch but as I hadn’t long come out of a relationship, I didn’t want to jump into anything too quickly.

“I really like you but I’m not ready for another relationship,” I told Pete. And so he became one of my closest friends.

Over the next 15 months we grew close and eventually our friendship blossomed into romance.

Everything was perfect – except for Pete’s best friend, Sonia*, who seemed to be jealous of our relationship.

I couldn’t figure out what the issue was as I’d been nothing but friendly to Sonia. At first, I just thought she was being protective of her friend, but as the weeks went by, she seemed to go out of her way to interfere. 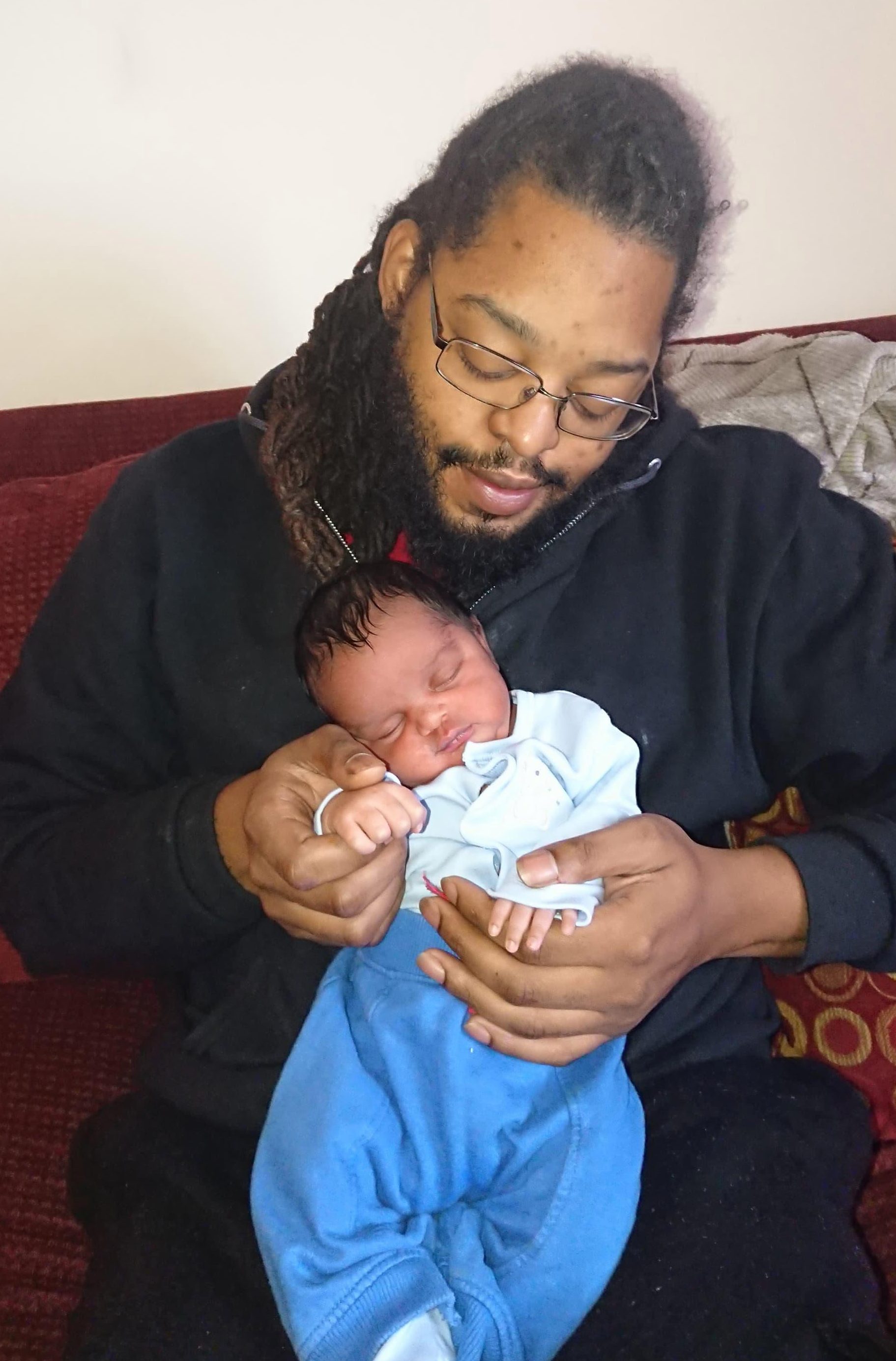 She was also really touchy-feely with Pete. I’d often catch her touching his arm, or giving him a ‘friendly’ hug. I told myself there was nothing to worry about, but it made me uncomfortable.

“Do I need to be worried about Sonia?” I asked Pete one day. “Of course not,” he reassured me.  “She’s one of my oldest friends, but that’s all,” he replied.

I trusted Pete and put my nagging doubts behind me. Until two months later, when I was using Pete’s phone, I found naked pictures of Sonia.

I immediately confronted Pete and he told me they were just friends and it had never been anything more. I was furious but I really wanted to give our relationship a second chance.

But it came with a condition – I told him he had to cut ties with Sonia. I hated doing it – I wasn’t naturally a jealous, controlling person – but I didn’t trust her and I knew I couldn’t move forward if she was still in his life.

Pete agreed and we both worked hard to rebuild the trust in our relationship. It took time, but two years on we were happy again.

Then I fell pregnant in May 2017 after a few months of trying and we were delighted. Pete told me I was going to be an amazing mum. 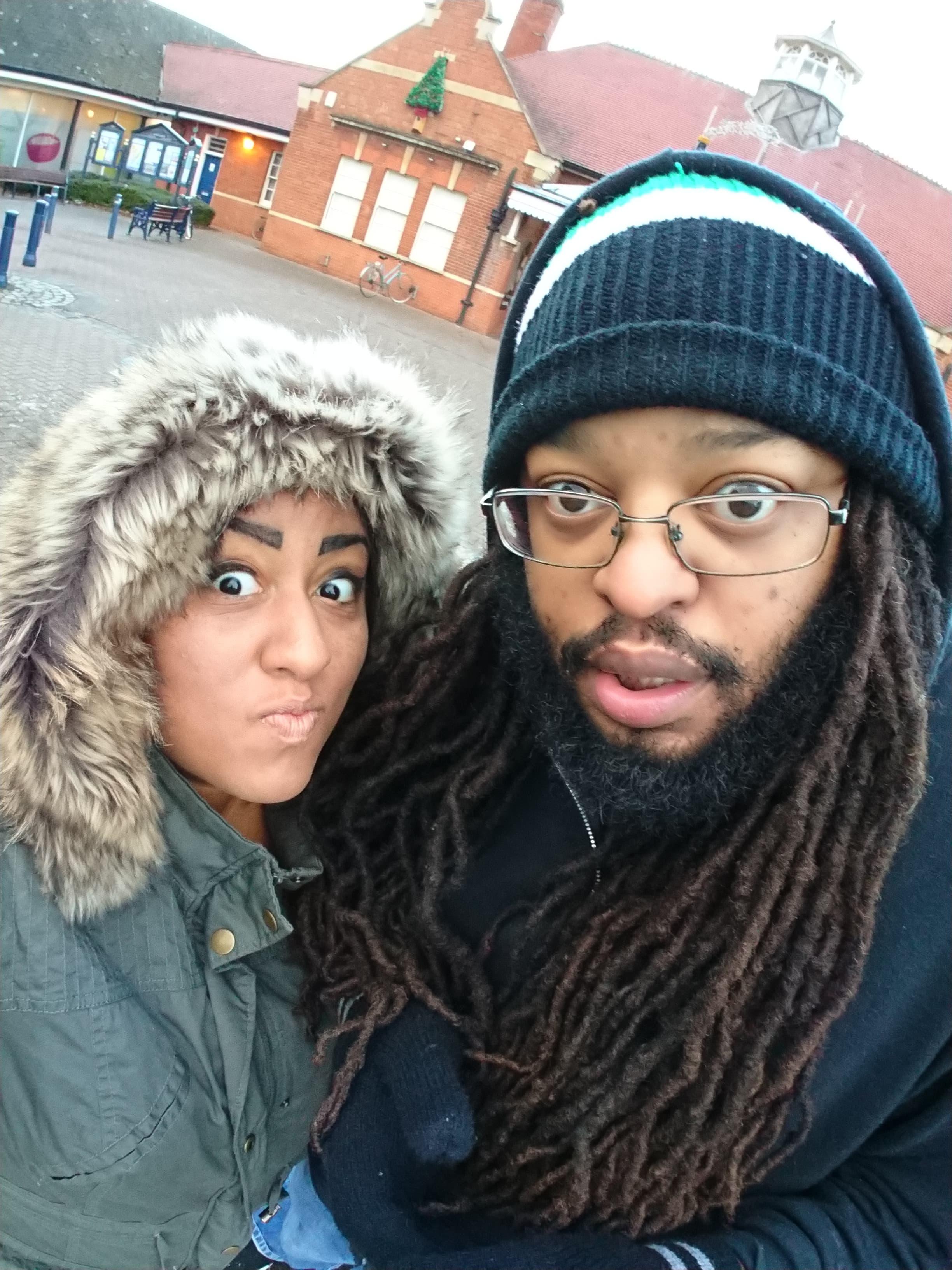 I had dual citizenship thanks to my mum who lives in the UK, and after discussing it with Pete, we decided we wanted to raise our family in England.

We agreed that I would move to the UK as soon as possible to start house-hunting, while Pete would stay behind in Virginia, USA, to finish his work contract.

So in June 2017, I moved to the UK and stayed with my mum, Martine, while I looked for places for our family.

It wasn’t easy, being pregnant and so far away from Pete, but we caught up on the phone and on Skype. “I miss you – and the bump – too, I hate this,” Pete told me.

But then in August, when I was five months pregnant, I received a Facebook message from Sonia.

Fabulous Online is always on the lookout for jaw-dropping, tear-jerking and heart-wrenching stories to feature.
Join our Facebook group  or email us us to make £££s by sharing your story.

Just seeing her name on the screen triggered a flash of anger in me. Then when I opened her message, I felt the bile rise in my throat.

She had written: “So I hear you’re pregnant… I thought you should know that Pete never stopped speaking to me and we’ve been sleeping together for nearly two years.”

I didn’t know whether to believe her and thought she might just be bitter because Pete had ended contact with her. Either way, I needed to speak to Pete.

I expected him to tell me it was all a lie and that Sonia was just jealous and trying to cause trouble but instead, he broke down.

He admitted it, telling me it had happened twice. I couldn’t believe it. I told him he could be in the baby’s life but he was out of mine. 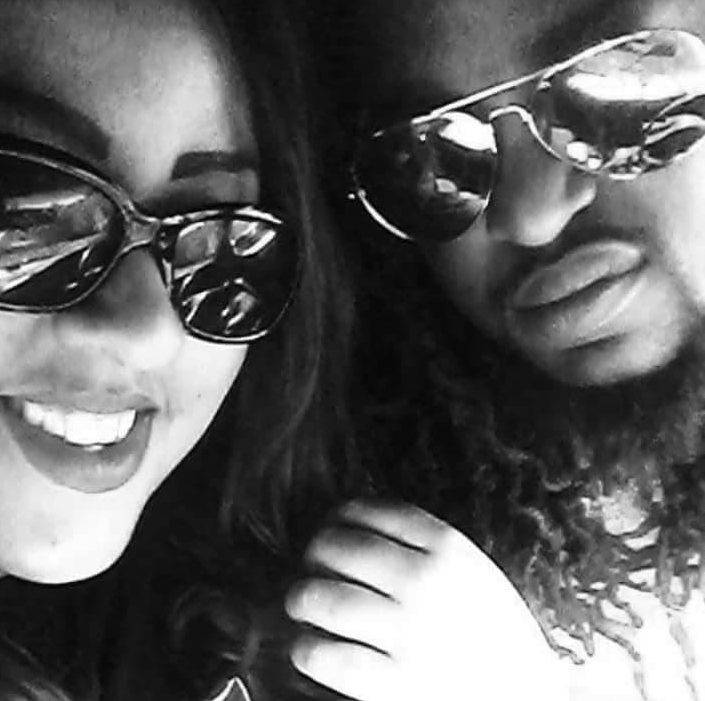 I was carrying Pete’s child, I couldn’t wipe him out of my life for good, and in December 2017 he arrived in UK in time for the arrival of our son.

Our son was born on December 8, tiny and perfect. Pete was with me as I delivered him but we weren’t together. I was still so hurt and angry with him, but watching him cradle our baby boy in his arms, my heart melted.

I was reluctant but I felt I owed it to our boy to give our love another shot. I wanted him to grow up with both a mummy and daddy to love him. Then, a week later, Pete proposed and I accepted.

It was tough waving him off but we Skype chatted every day so our son knows who his daddy is.

Pete will move to the UK permanently in November and then we can finally be a family and get married.

He’s cut Sonia out his life and now we are very transparent with each other. I don’t have any bad feelings.

I’m looking forward to the future now but I don’t think I’ll ever forget the day I discovered he was cheating with his best mate. 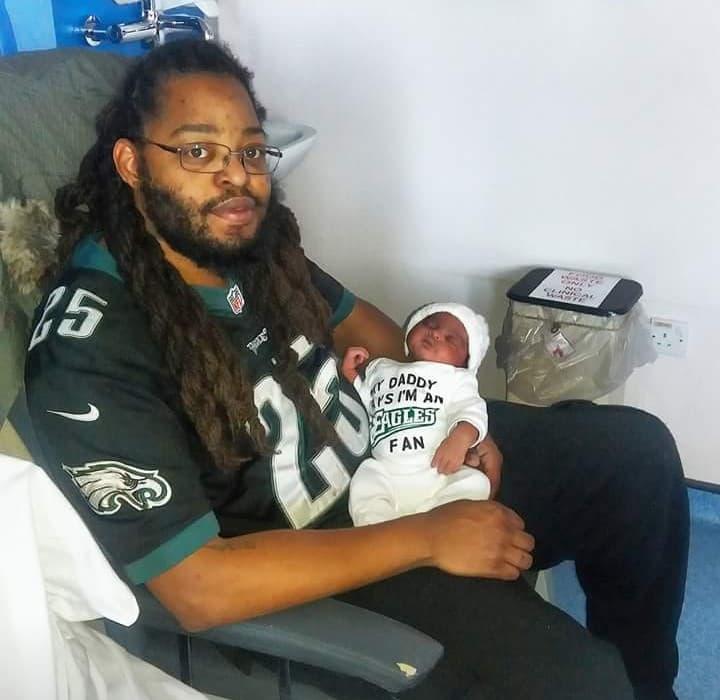 Pete told Fabulous Online: Yes this is all correct. Still to this day I feel the guilt from it. I never knew she even liked me in a way that she wanted to be with me. I owned up to my mistake and tried my best to gain her trust back.

It wasn't easy at all but we love each other enough to know that we are much stronger than the person that tried to tear us apart. I still to this very day apologise for hurting her.

Every time I get that random video chat call at 4am and I see my son so excited to see me that he's kicking everywhere and yelling ‘Dad, dad’ lets me know that Shanita is a great mother and an awesome woman and I'll be a damn fool to let her walk out of my life.

Katie's fiance cheated on her with her best mate in their bed – while she was IN it.

And Vicki Low, from Scotland, busted her man playing away… but took him back anyway.