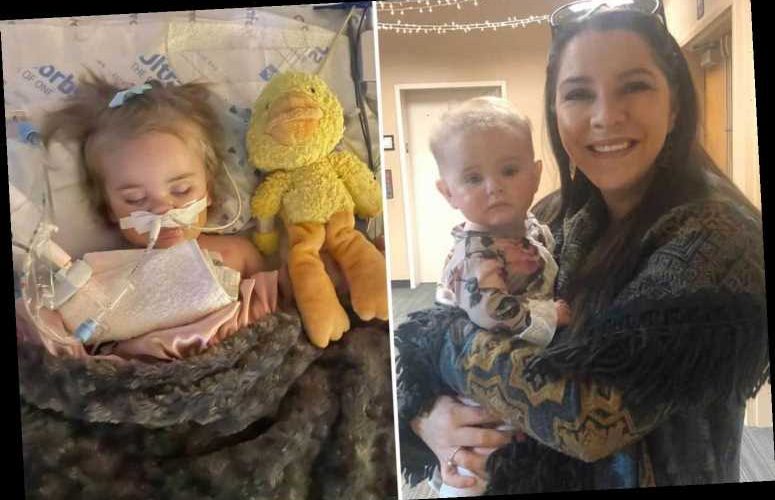 WHEN Trista Hamsmith's daughter Reese started wheezing last October, the mum assumed she was suffering from a particularly nasty cough – nothing more.

Just to be on the safe side, Trista, from Texas, took her 17-month-old daughter to the paediatrician who said the normally bubbly toddler probably had a bad cold. 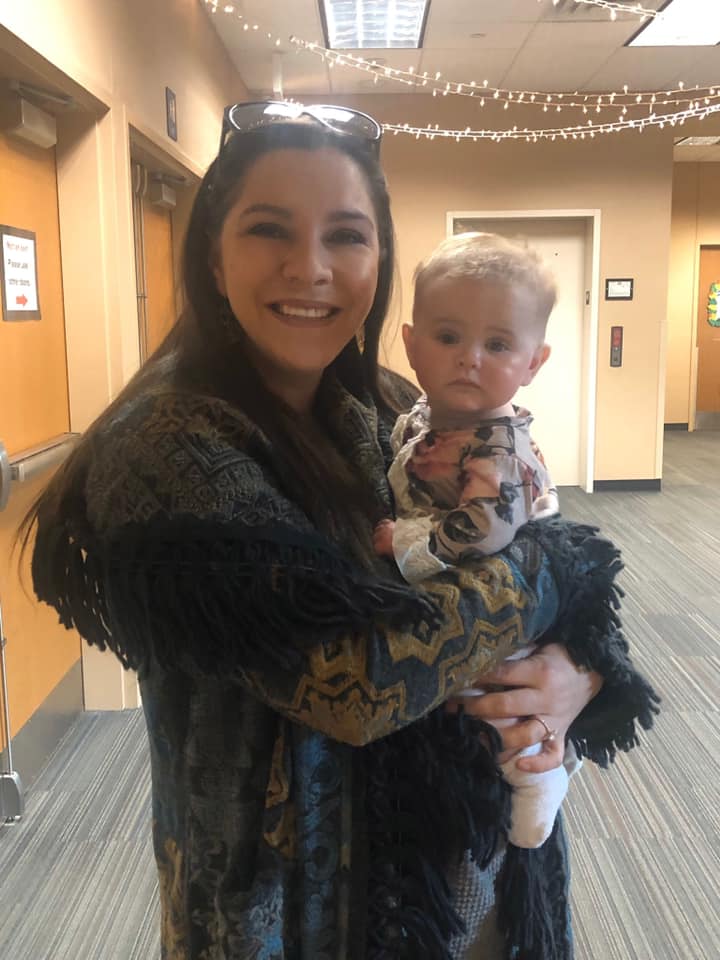 Shortly after the family returned home, the mum noticed that the battery in their remote control was missing and her heart dropped.

Speaking to TODAY Parents, the mum explained how she raced Reese to the emergency room.

It was there that doctors discovered Reese had swallowed the small button battery which had burnt a hole in her oesophagus.

She said: "They did an X-ray and confirmed that it was in there and they did emergency surgery to remove the battery." 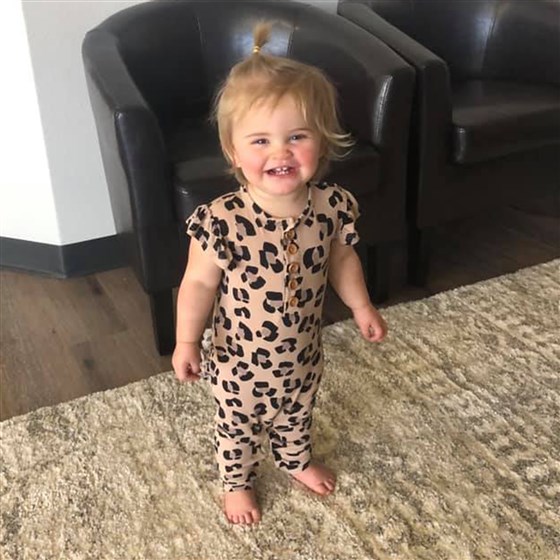 Not only are button batteries a choking hazard, they can also cause a lethal chemical reaction inside the body.

They react with saliva causing a build up of caustic soda which eats through flesh like acid as soon as they are swallowed.

In late October, Reese underwent emergency surgery to remove the battery and returned home after a short stay in hospital.

But while Trista had hoped that would be the end of it, Reese had to be rushed to the emergency room a few days later when her condition worsened. 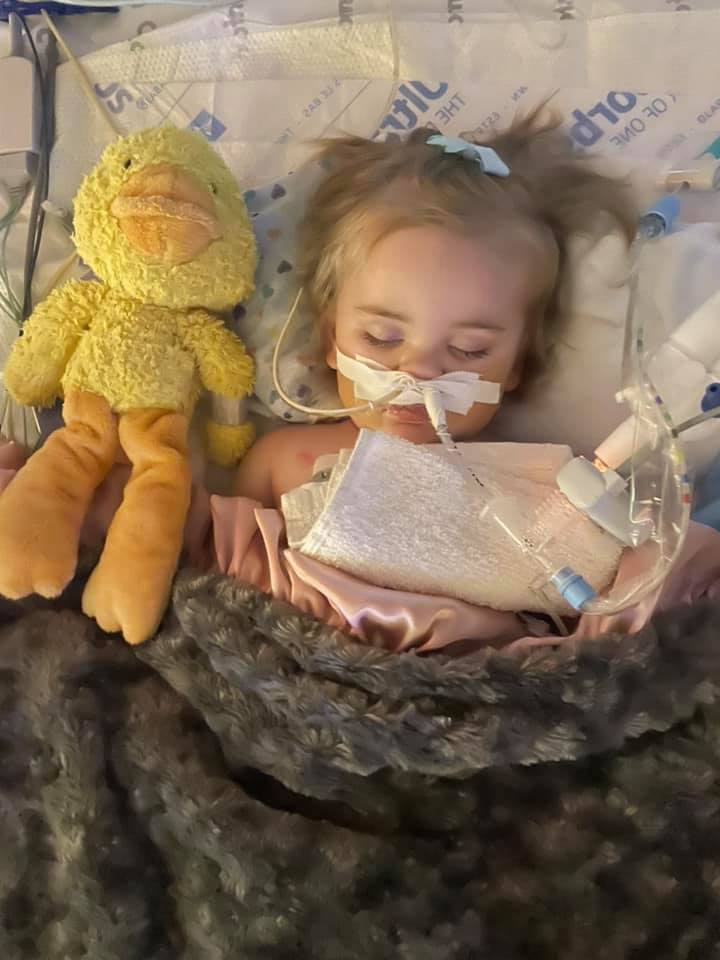 "We found out that a fistula had been created, which is like a passageway," the mum explained. "There was a hole burned through her trachea and through her oesophagus. When that tunnel formed, it was allowing air to go where it didn’t need to be. Food and drinks also went where they didn’t need to go."

In order to bypass the hole, doctors gave Reese a gastronomy tube and a ventilator to support her breathing.

The mum added: "That morning was the last morning that we saw her as herself."

In December, doctors told the family they needed to perform surgery again to repair the fistula and a few weeks later she was taken off the ventilator.

Why are button batteries so dangerous?

Lithium button batteries are used to power items such as toys, car keys and watches.

They are not only a choking hazard but can cause a lethal chemical reaction inside the body.

They react with saliva causing a build up of caustic soda which eats through flesh like acid as soon as they are swallowed.

Later that month, the mum left her daughter's bedside for a matter of minutes and returned to find doctors and nurses desperately trying to revive her.

"I heard them say, ‘starting compressions,’ and she was gone for about eight to ten minutes," Trista said. "We were able to get her back. Ultimately they said she wasn’t strong enough yet."

Shortly after this, Reese's doctors decided to give her a tracheostomy – where a tube is inserted into the windpipe to help with breathing.

Although Trista was "terrified" of the procedure, she says she was excited by the prospect of getting Reece back to her normal self. 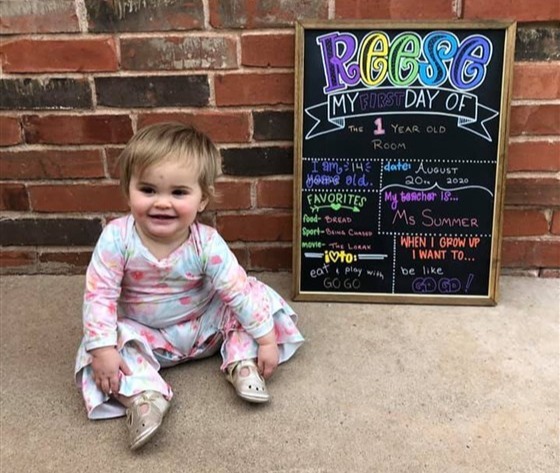 Three days after the tracheostomy surgery, Reese began struggling again – and on 17 December 2020, she tragically passed away.

Now Trista is bravely sharing her story to warn other parents of the dangers of button batteries.

During her daughter's stay in hospital, the mum set up the Facebook page Pray for Reese Hamsmith and is setting up an organisation called Reese's Purpose to campaign for safer batteries.

She added: "Kids are dying. We’ve got to do everything we can to get this information to parents and put pressure on the industry to make changes to protect the kids."

For more real life stories, this woman met her best friend in a bar and found out they were actually long-lost SISTERS.

And this woman's mum died of a cocaine overdose, she’d taken her shoplifting as a kid & dealers came knocking – but she always looked respectable.

Plus mum-of-22 Sue Radford revealed truth about baby Heidie’s name and how Noel made embarrassing blunder on birth certificate.