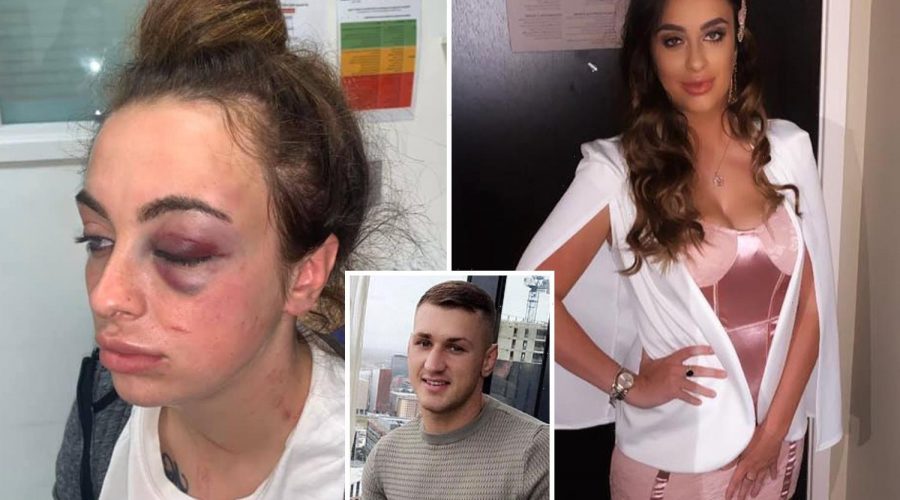 Lauren Burrows was smitten when she met handsome Kenny Hughes.

A rugby player, he seemed to tick all the right boxes. 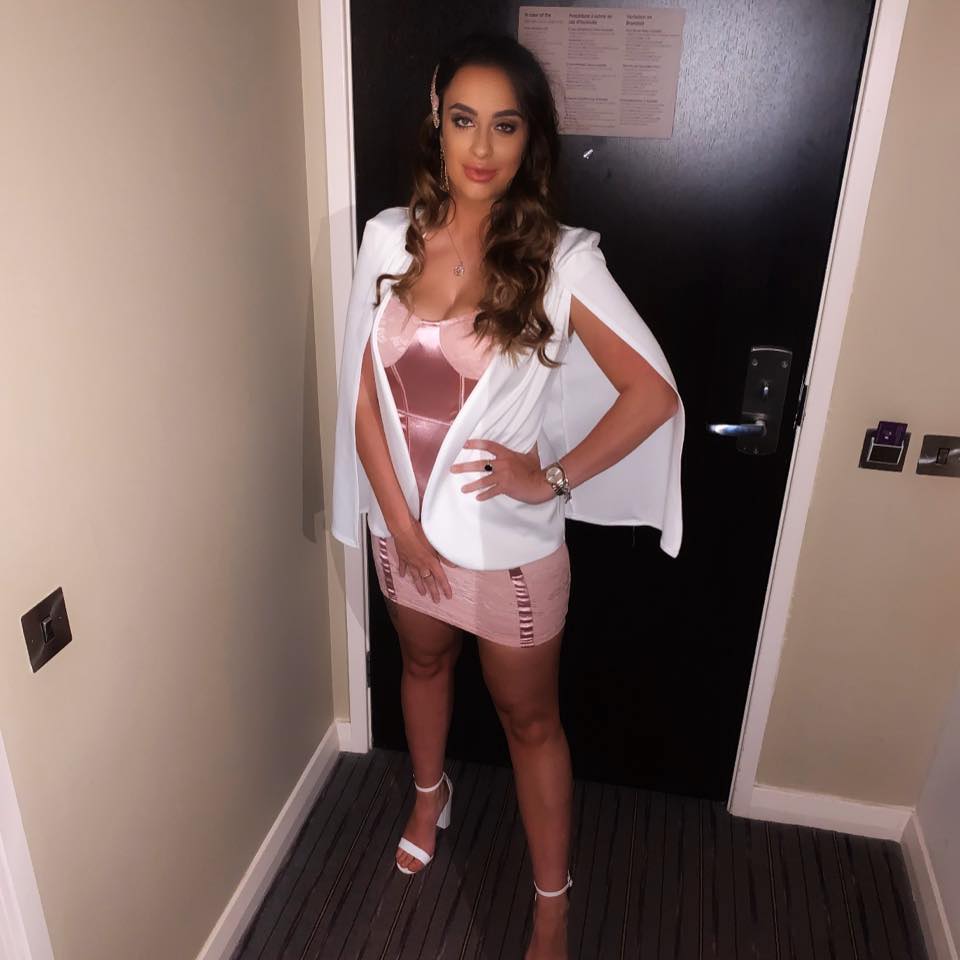 It was after a night out with the girls that he broke – attacking her over a number of hours.

He throttled her until she blacked out and even rammed his hand into her mouth.

Now Lauren, 24, from Liverpool, shares her story with Fabulous Digital: 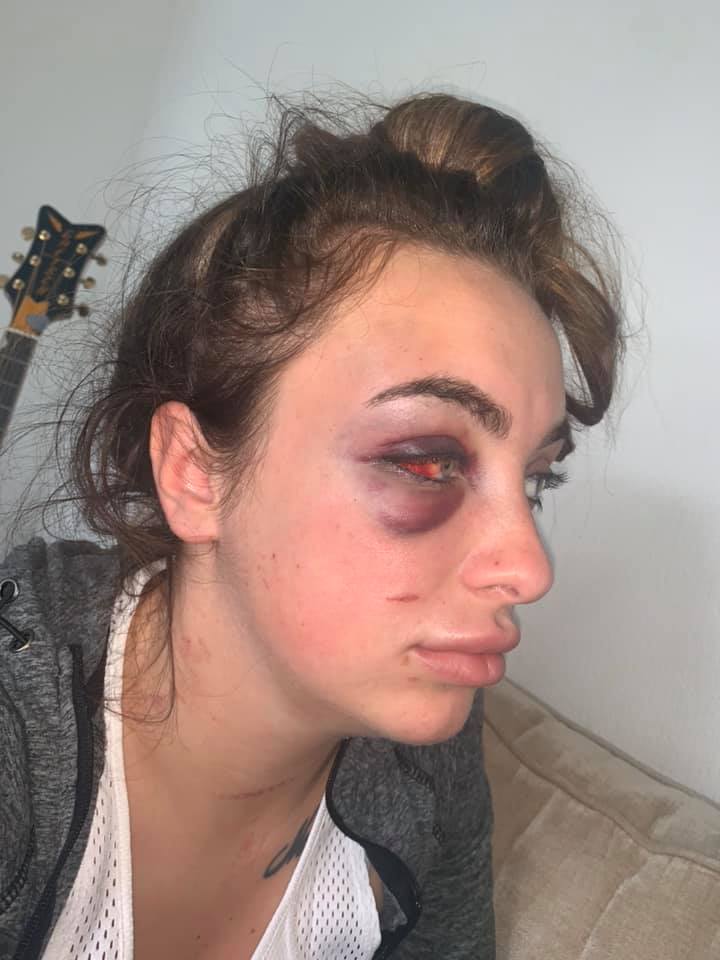 Kenny was handsome, tall and athletic. He also had a good sense of humour, before our relationship became strained.

Kenny’s personality changed as the months went by.It began with him wanting to know who I was with and where and eventually came to him making comments on what I wore and my appearance.

When I’d challenge him he would become aggressive.

It didn’t take long before my self-esteem was whittled down to nothing.

A rare night out with my friends let me on edge because despite Kenny not being there to control me I knew that if I didn’t reply to his every text and pick up his every call he would give me a world of grief when I got home. 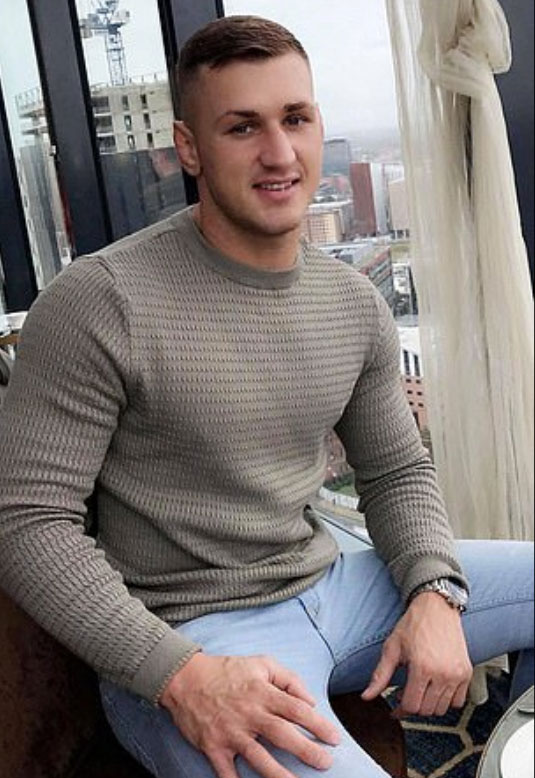 Despite all this, there was still that little part of me that thought Kenny would change.

Leaving the bar at 4am, there was a text from Kenny.

My phone beeped with a text from Kenny.

He sounded angry, but I didn’t understand why.

As I typed a reply, I saw another text come up from him, asking what I was doing and when I’d be home.

My heart sank as I read the time the message had been delivered – 2am.

For some reason, the txt had only just come through on my phone due to some sort of glitch.

I have trouble swallowing even now and have nightmares about the attack.

I kissed my pals goodbye and got the first cab to Kenny’s I could as my heart thumped against my chest.

After what seemed like the longest cab ride ever, I pulled up outside Kenny’s.

The lights were on and he was up waiting for me.

The moment I got inside I could feel while hot rage radiating off him.

I tried to explain, but he cut me off with a smack around the face.

I fell to the floor and he locked the door.

Grabbing my face: “Say sorry to me.”

Despite the troubles we had experienced I never once thought he would do this to me. 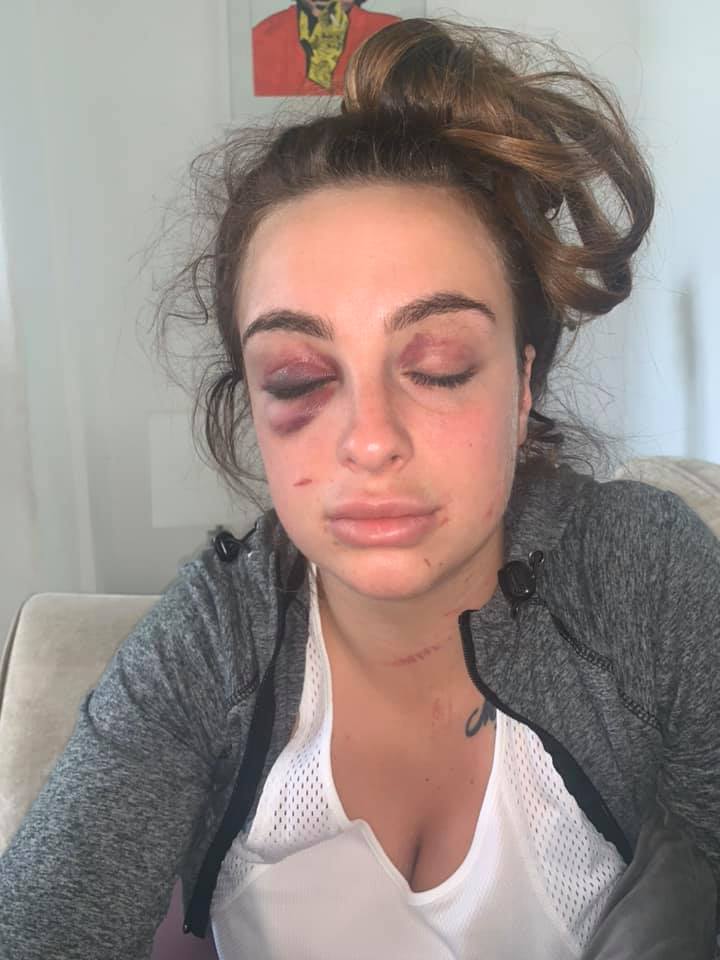 Kenny carried me upstairs were he subjected me to hours upon hours of torture.

He kept strangling me for up to 20 seconds at a time, making my eyes and ears pop and only letting go of my neck when I went limp.

My surroundings went black and I felt a wave of nausea when he’d clench his massive hands around my neck, cutting off my airways.

He punched me in the face and split my lip.

I felt a lump the size of a golf ball come up around my eye, as morning came.

When I pleaded for him to stop, he would shove his massive fists down my throat, scratching the back of it.

Soon I was unable to speak, my voice raspy and throat all sore.

After four hours Kenny kept dipping in and out of anger and what I assumed was guilt.

“I’m sorry,” he kept saying, sobbing and wiping his eyes. 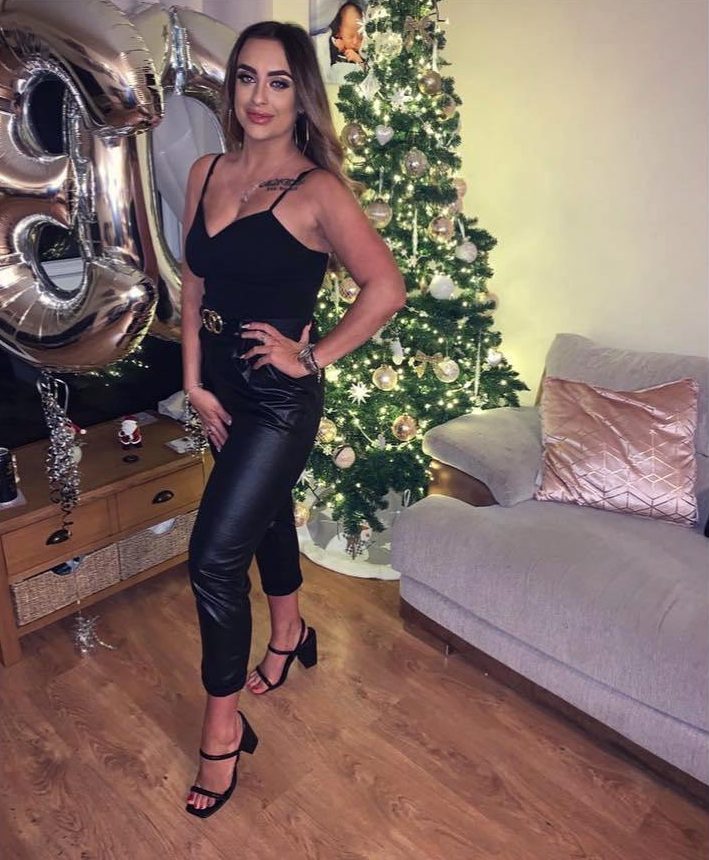 Another two hours later and I begged for the loo.

When I began to cry, the pain of my bladder resonating through my body, he let me use the bathroom.

There, I took my phone out of my back pocket and FaceTimed a friend and begged them to call the police.

The police came moments later and arrested him.

Where can you get help?

You don't have to suffer in silence.

If you are experiencing domestic violence or someone you know is there are groups that can help.

He was given a 26-week prison sentence suspended for 18 months.

The chairman of the bench described Hughes as "very fortunate" to not go to prison.

Now, seven months after my ordeal I struggle to sleep and suffer panic attacks.

I have trouble swallowing even now and have nightmares about the attack.

Hughes was dropped by his rugby team for the assault, which is my only saving grace from the attack and the soft sentence.

I hope by sharing my story it will help other victims of domestic violence to get the support they need.

Hughes could have killed me in his controlling rage and all he got was a slap on the wrist. 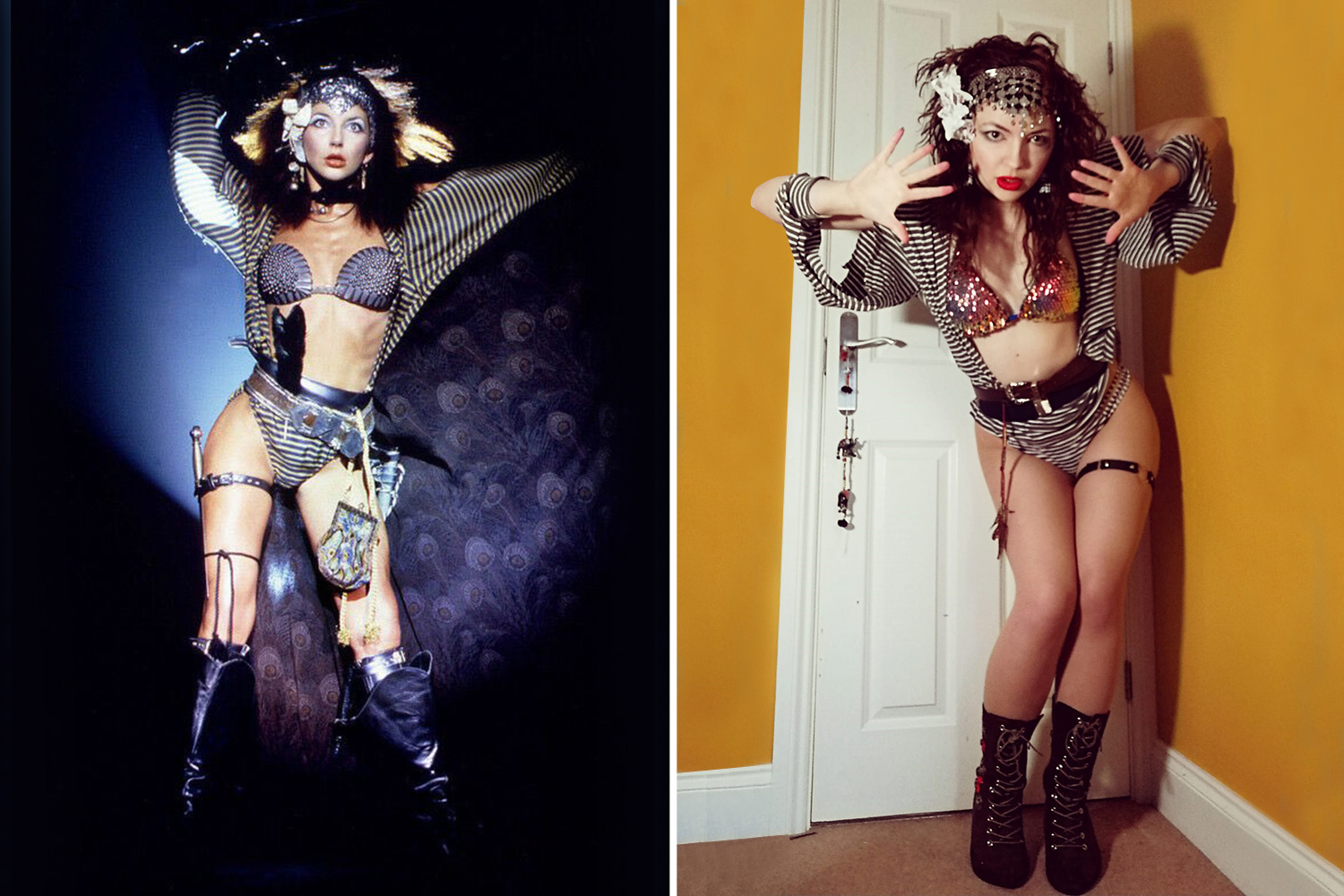 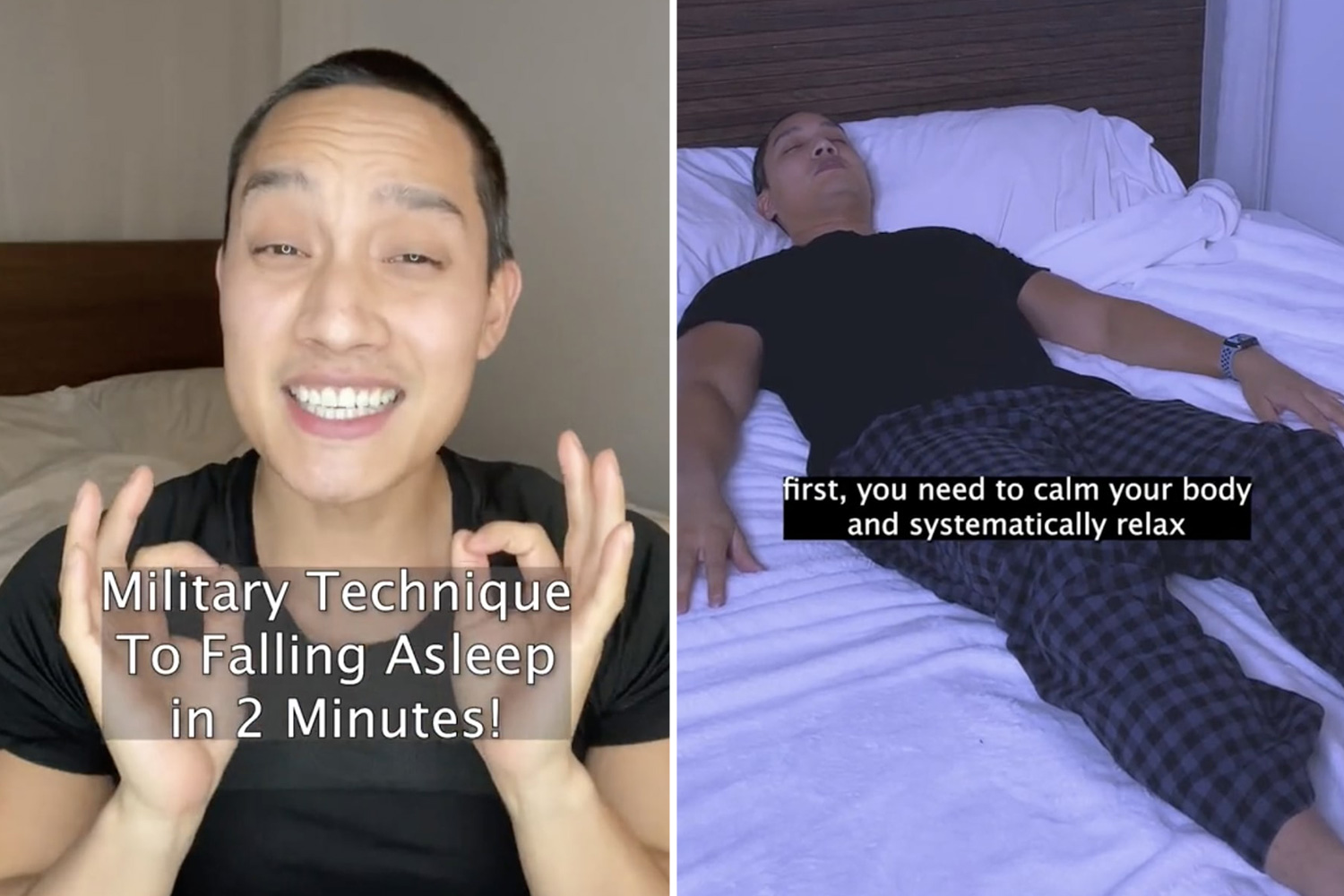 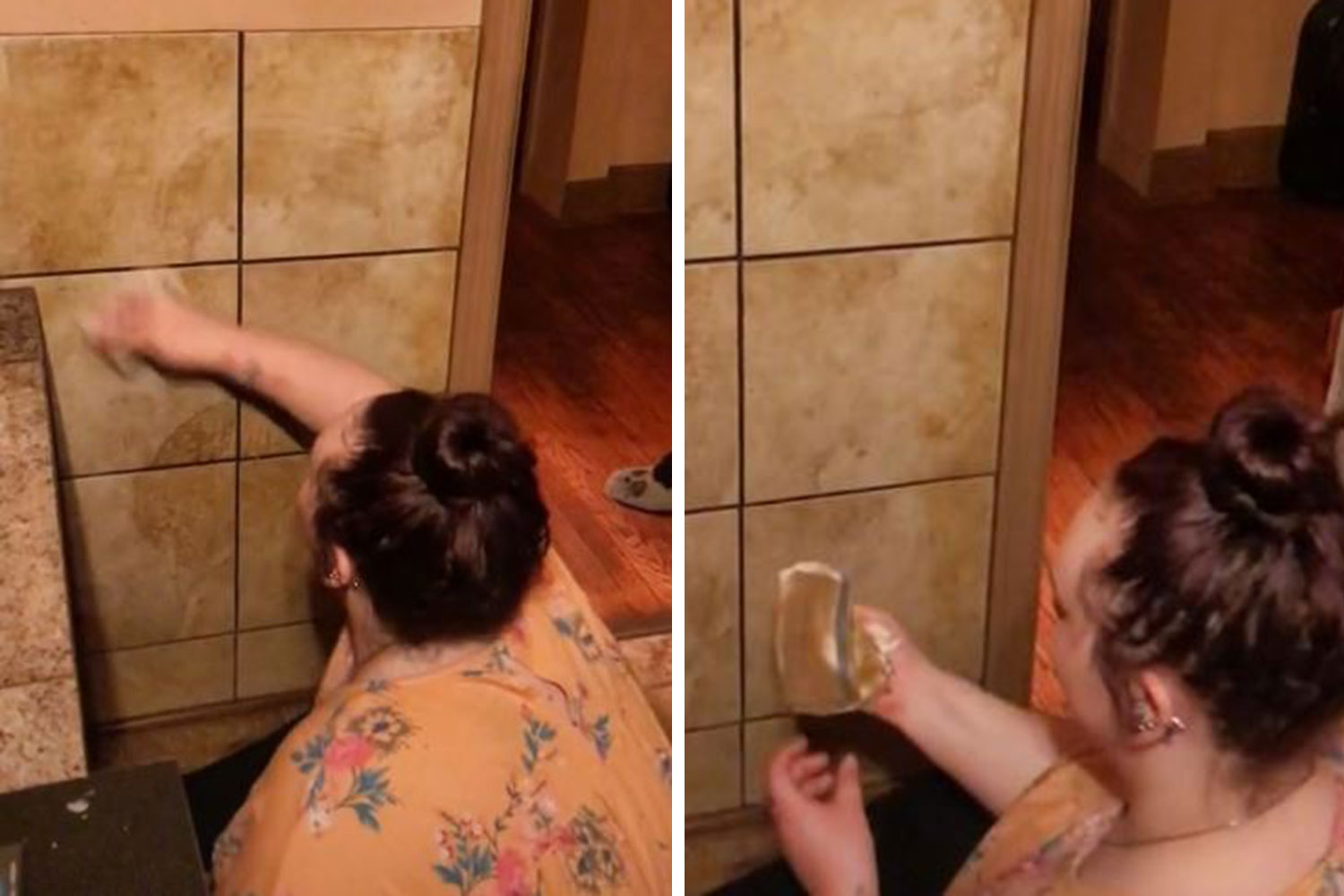 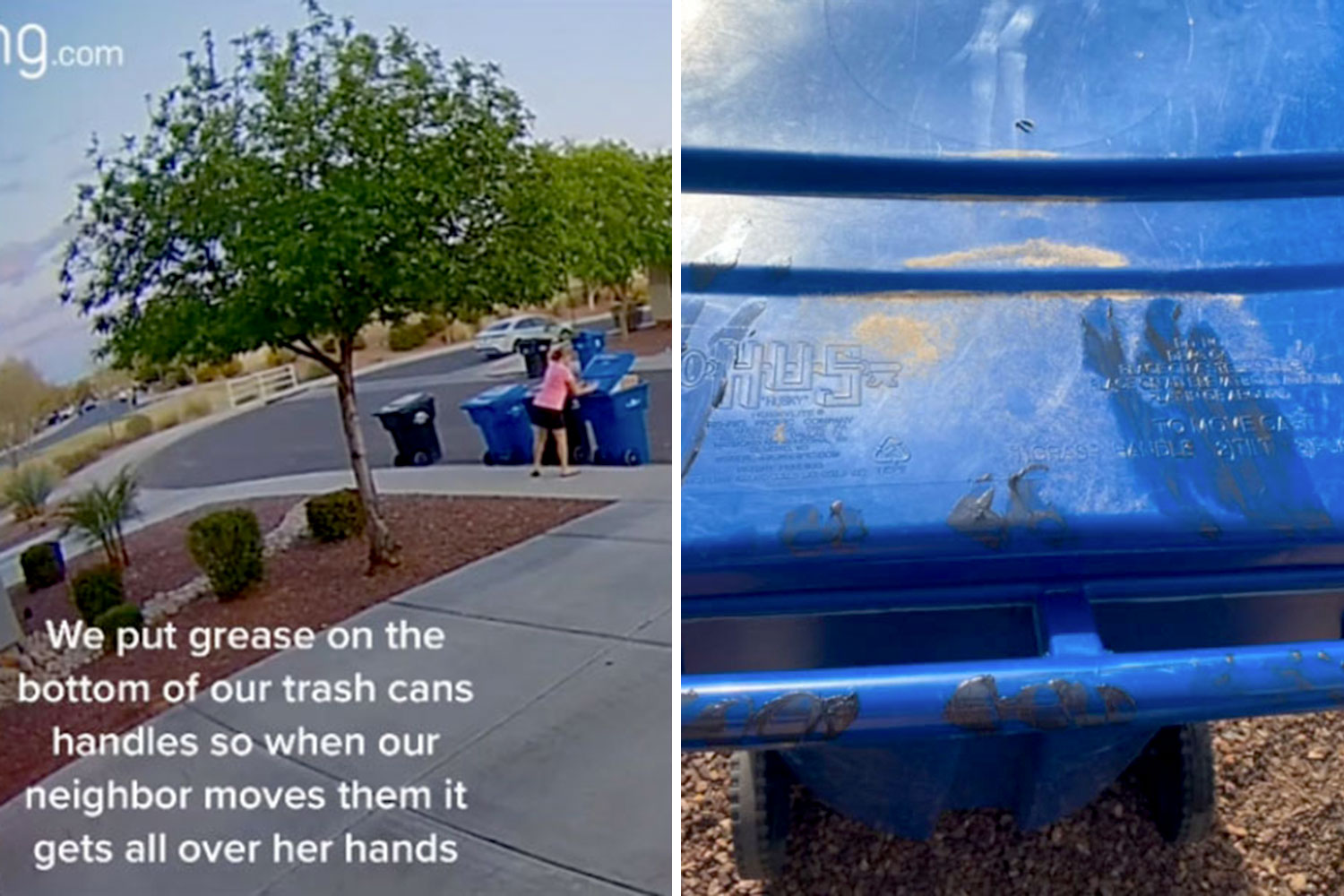 A shocking new report found 10 per cent of domestic abuse victims are being forced to sleep rough after being refused emergency accommodation.

This woman was battered on Valentine's Day in a terrifying five-hour ordeal.

Mum-of-one Devon Brown, 26, from Wigan endured months of controlling behaviour at the hands of her jealous ex.