Nicole Knight shared her toned figure with her 18,000 followers on Instagram, which she’s maintained since giving birth to Zephi, who she welcomed 12 weeks ago. 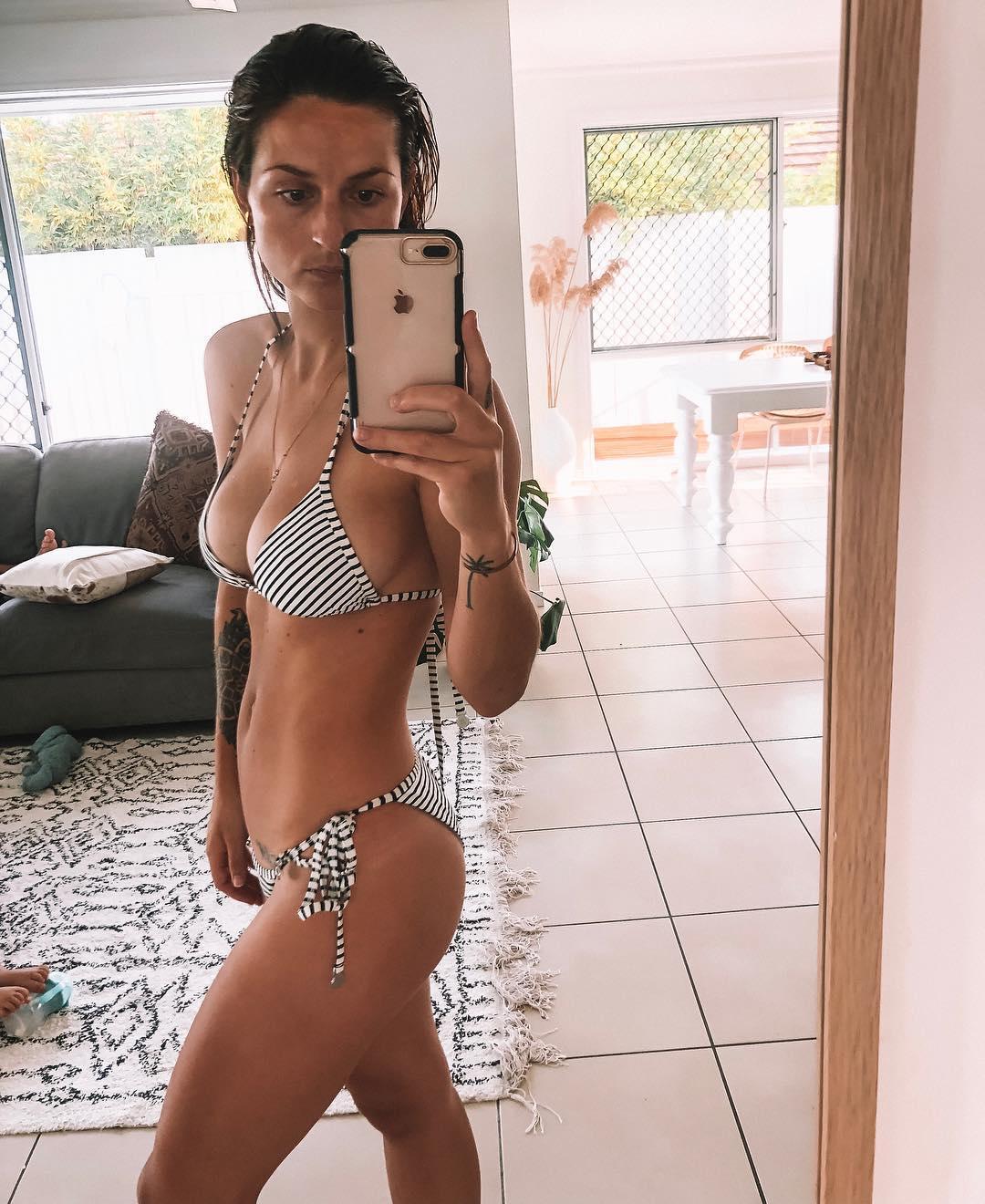 The 25-year-old shared her body’s changes before, during and after pregnancy – to the amazement of her followers.

Nicole, from Queensland, Australia, was in a bikini just two weeks after having her daughter, with no sign of a bump and her washboard abs on display.

Despite her incredible figure, she revealed she only started exercising again after her six week check-up, but claimed it was OK for mums 'to put themselves first'.

Sharing her progress with fans, at 10 weeks post-partum Nicole shared a clip of her abs – and excess skin – saying she's being “as real I can”. 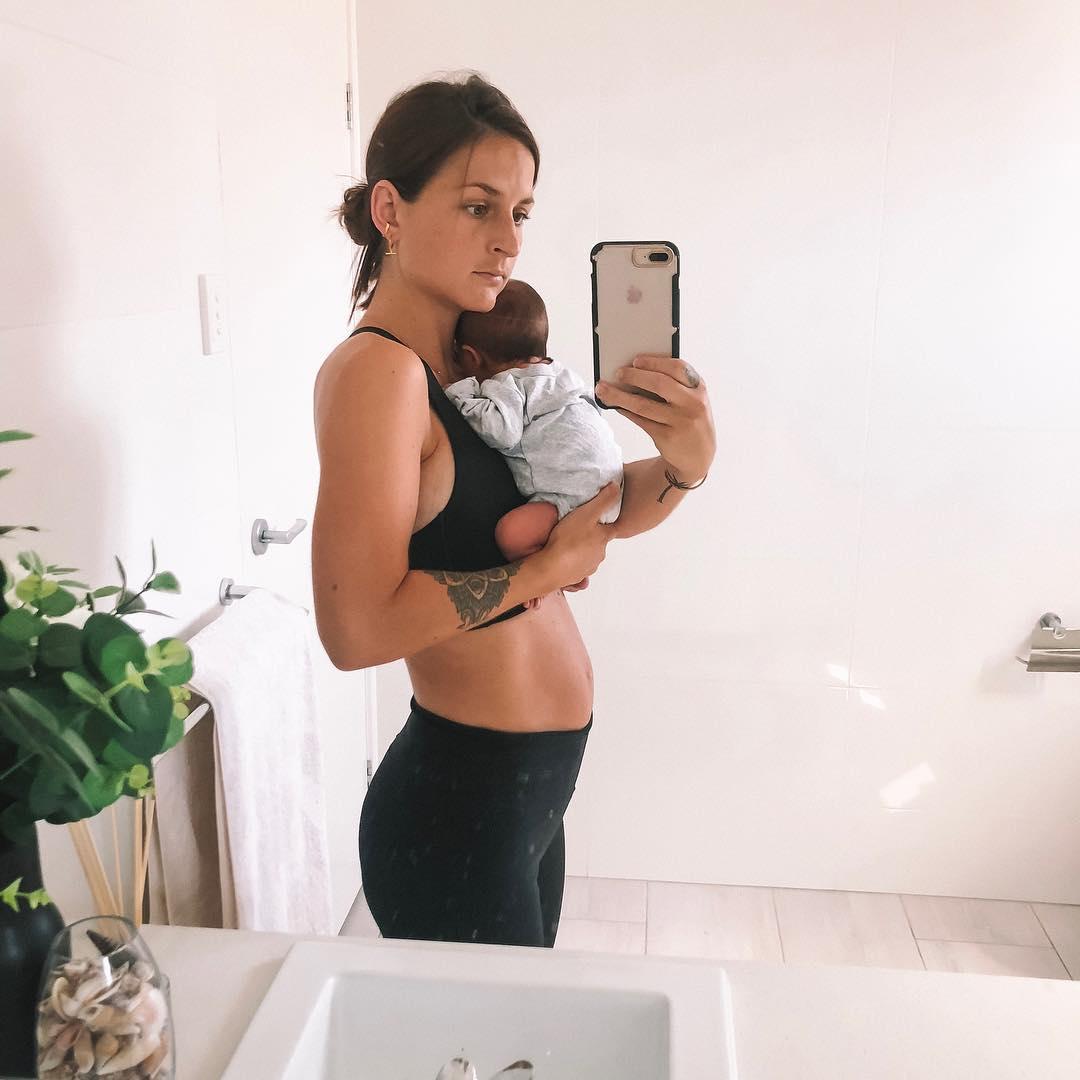 Captioning her video, the mum-of-two – who also has an older son Aspen – wrote: “10 weeks postpartum, it still amazes me how incredible our bodies are!

“I am still 4kgs heavier than my pre pregnancy weight – scales really don’t mean anything as weight is distributed differently through our bodies throughout different experiences.

“After carrying two babies I still have a lot of excess skin – and it will most likely stick around forever.

“A lil bit of excess skin for two beautiful babies is a pretty fair trade.” 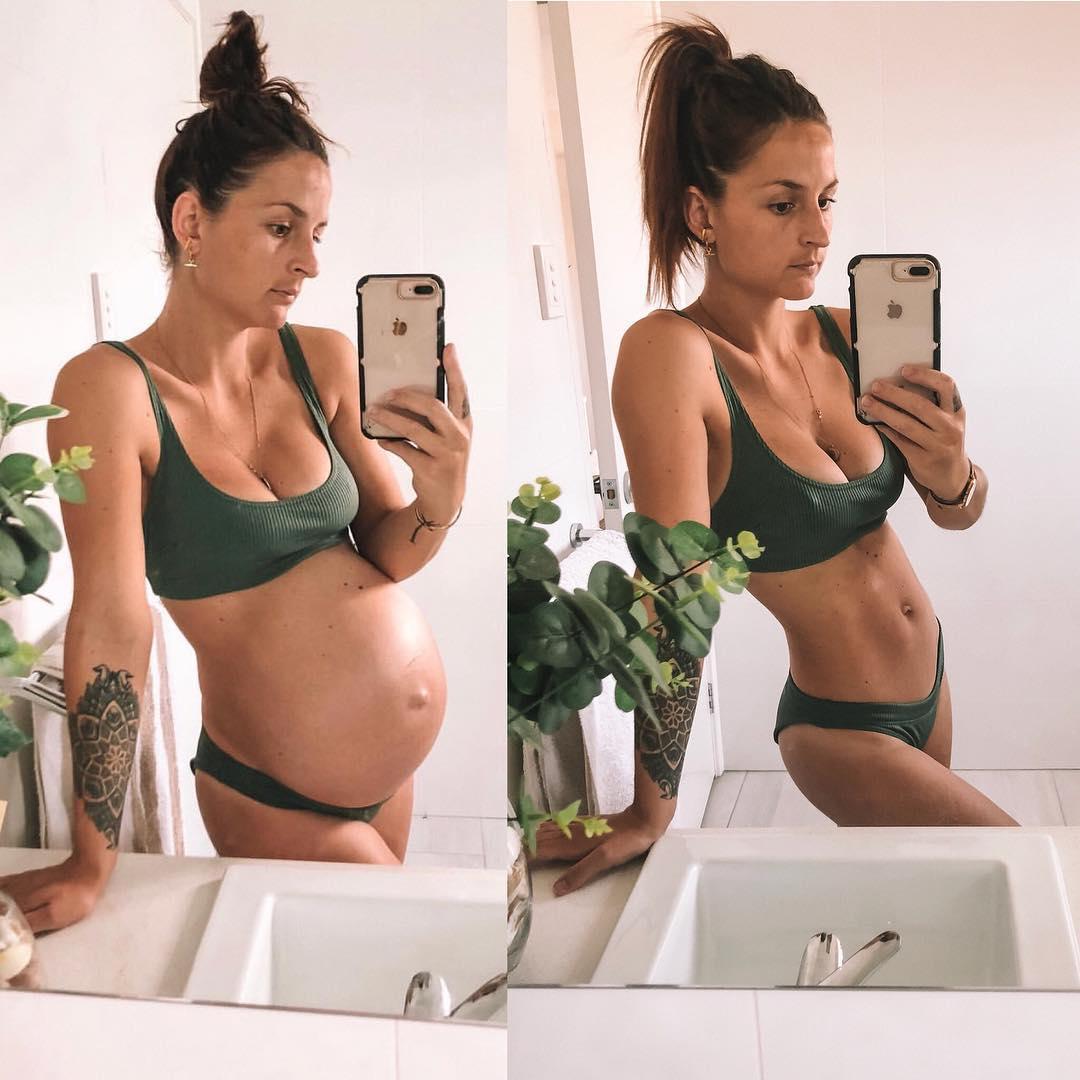 People praised the mum for her honesty, calling her an 'inspiration'.

Commenting on Instagram one mum said: “I love that you've shown this! My body has done the exact same and I never knew about it until it happened to me.”

Another said: "You are such an inspo hun! I love that you share your journey.” 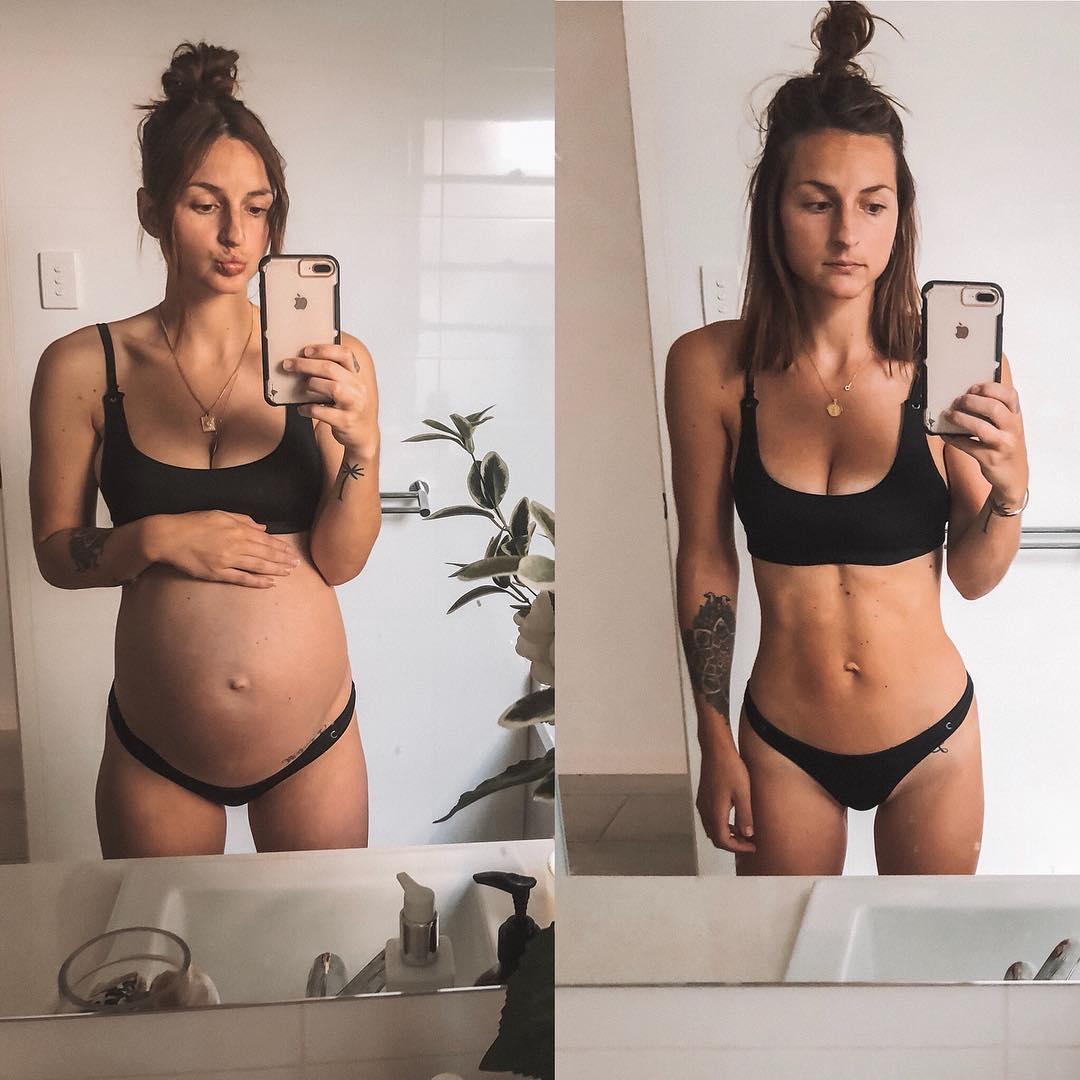 And a third wrote: “Ok what is your secret? Good genes? You look amazing.”

Nicole credited high-intensity interval training (HIIT) for her incredible post-baby body, but was proud to show the ‘real’ side of pregnancy as well.

She told Femail: “I am proud of the changes my body has gone through.

“I shared the photo to hopefully inspire other mums, and show them it's okay to still put themselves first and look after their body during and post-pregnancy.”

This week Nicole revealed she was beginning her '12 week-challenge' to “maintain and build up my energy levels”, revealing otherwise she would be “a cranky old house wife”.

Despite the positive comments she's received over her figure, some people questioned her dedication. 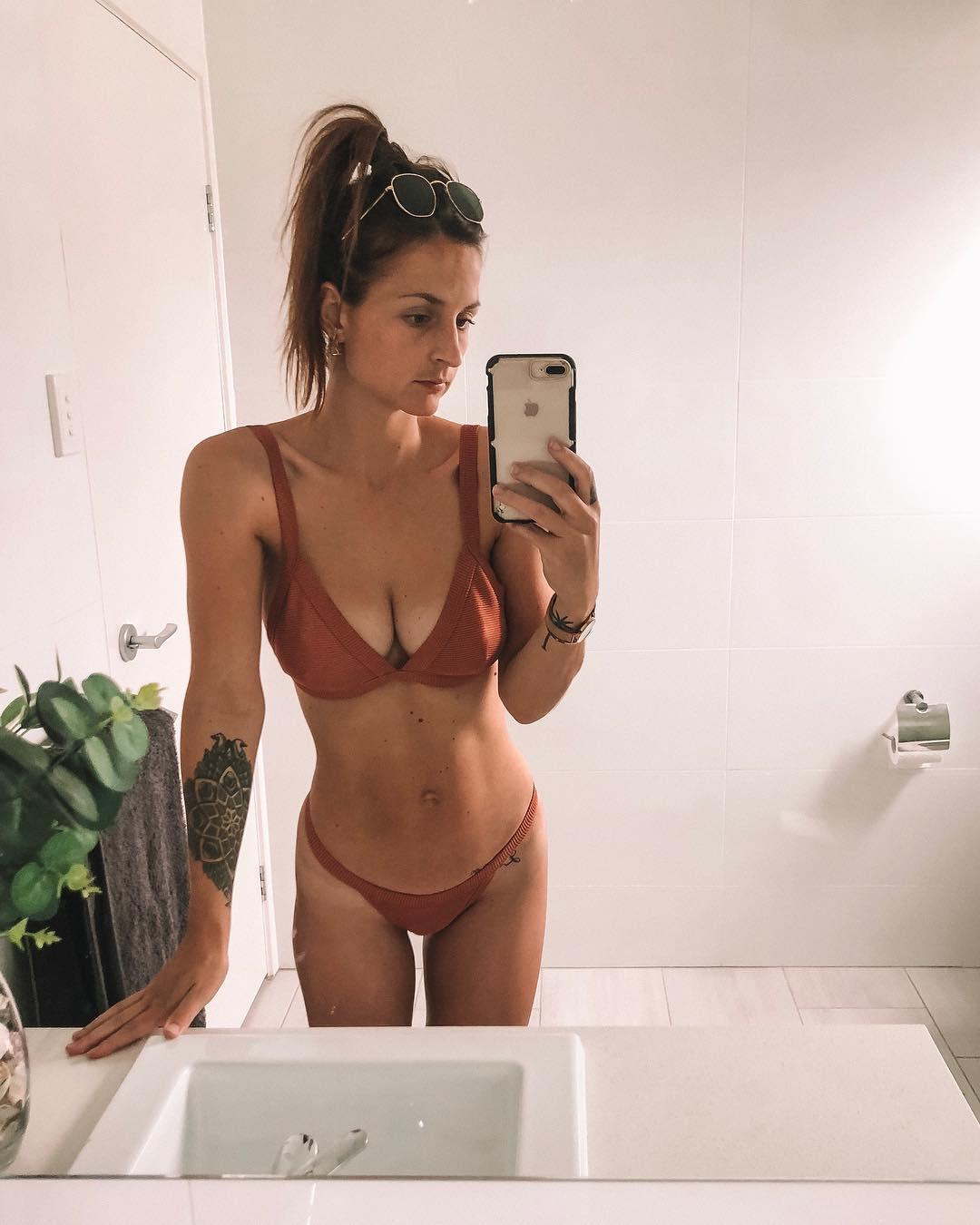 One person said: "Who watches your babies while you workout?

“I’m having a hard time leaving my son still so I’m having troubles getting into a routine again.”

Another wrote: "What is the point of posting these… just another instamum clogging up my feed.”

Others commented: “I can’t believe it Photoshop.”

But Nicole added that despite her glossy social media feed, being a parent was hard. 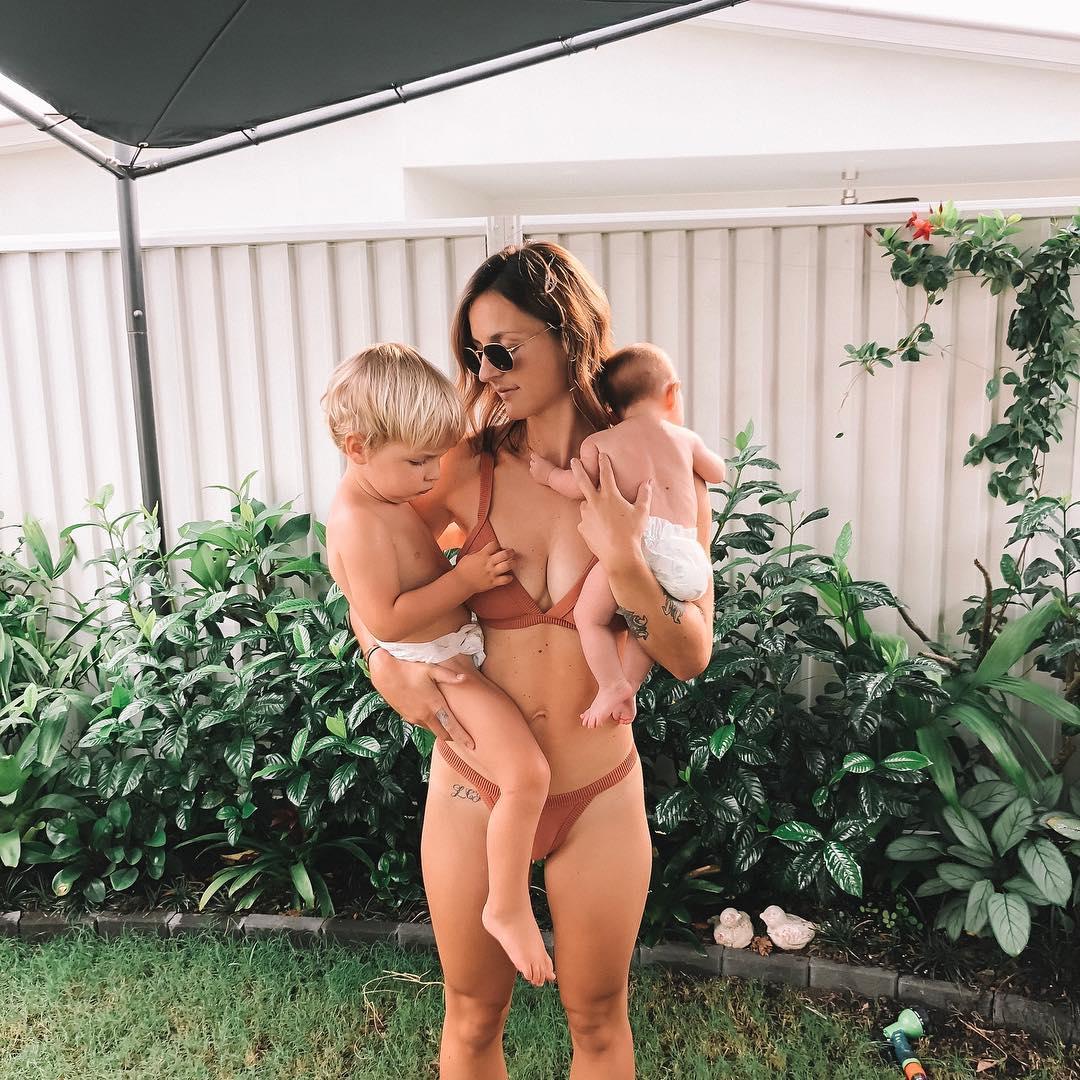 She reassured other mums: “I just want to reiterate what I said on my Instagram story about how I may appear to have my s*** together, but I definitely don’t and that’s okay!

“Parenthood is bloody hard and I never realised until I had kids.

“Winging it everyday, faking it till I make it but so far so good!”

We recently shared a hilarious snap of a mum parodying sexy bikini advert to show how ridiculously skimpy the pants are.

And another mum claims to have saved £9.5k by going bin diving.

Plus this parent came up with this nifty hack to help pack away the Christmas tree.