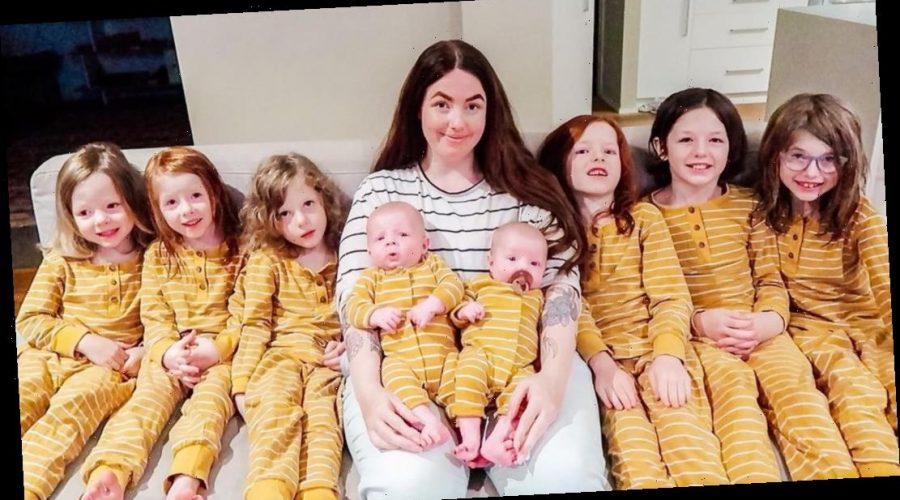 GETTING the kids ready for bed is a struggle for most, but when you have eight – including twins and triplets – things can be a little more chaotic.

Chloe Dunstan, 27, from Perth, Australia,has shared a glimpse inside her busy night time routine which has her cook and eat dinner as early as 4:30pm. 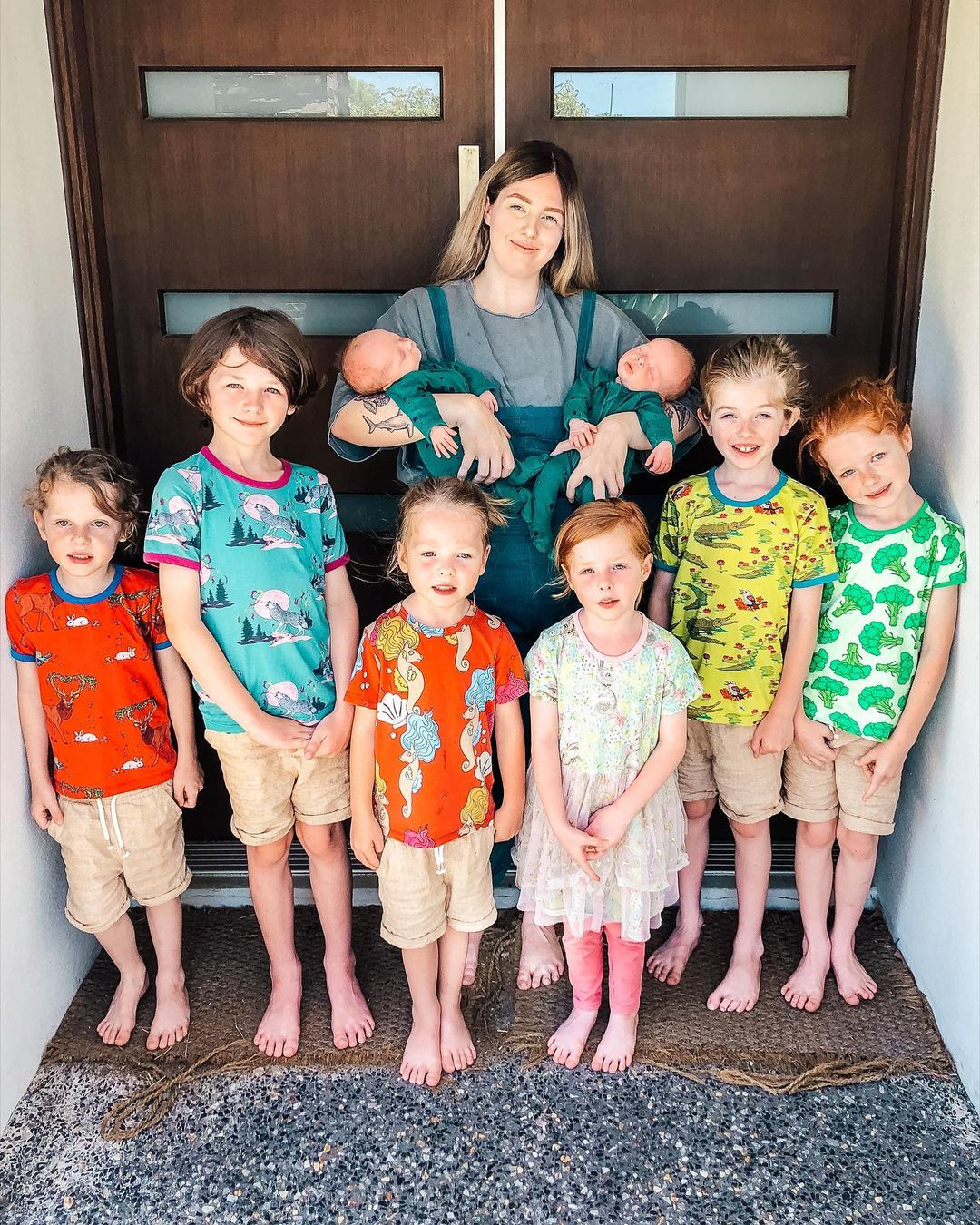 By the time she was 22, the Australian mum already had three children with her husband Rohan – Evan, eight, Otto, seven, and Felix, six.

Before even having the chance to breathe, triplets Rufus, Hank and Pearl – almost five – came along before they were joined by twins last year.

The busy parents quickly learned to adjust to life as a family of ten, and that meant being incredibly organised.

The young stay-at-home mum – who conceived all her kids naturally – details her very busy home life on her YouTube channel. 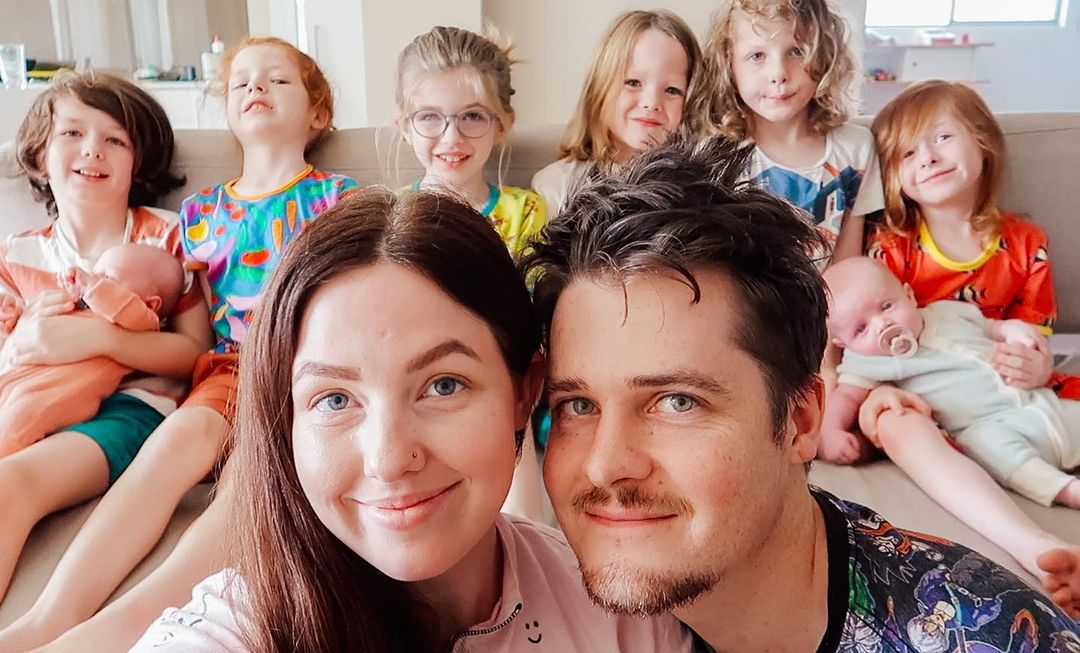 In one clip, she revealed that her night time prep starts at 4:30pm, when she'll cook dinner for the entire family.

During this time, the older kids often help tidy their play room, while the young tots have a nap.

"The babies have a nap in their rockers, while the others do some tidying up," Chloe said in the clip.

"At the same time, I'll cook the dinner for the kids."

On this occasion is was pasta, packed full of veg – which she says is a super quick and easy meal to prepare for the huge brood. 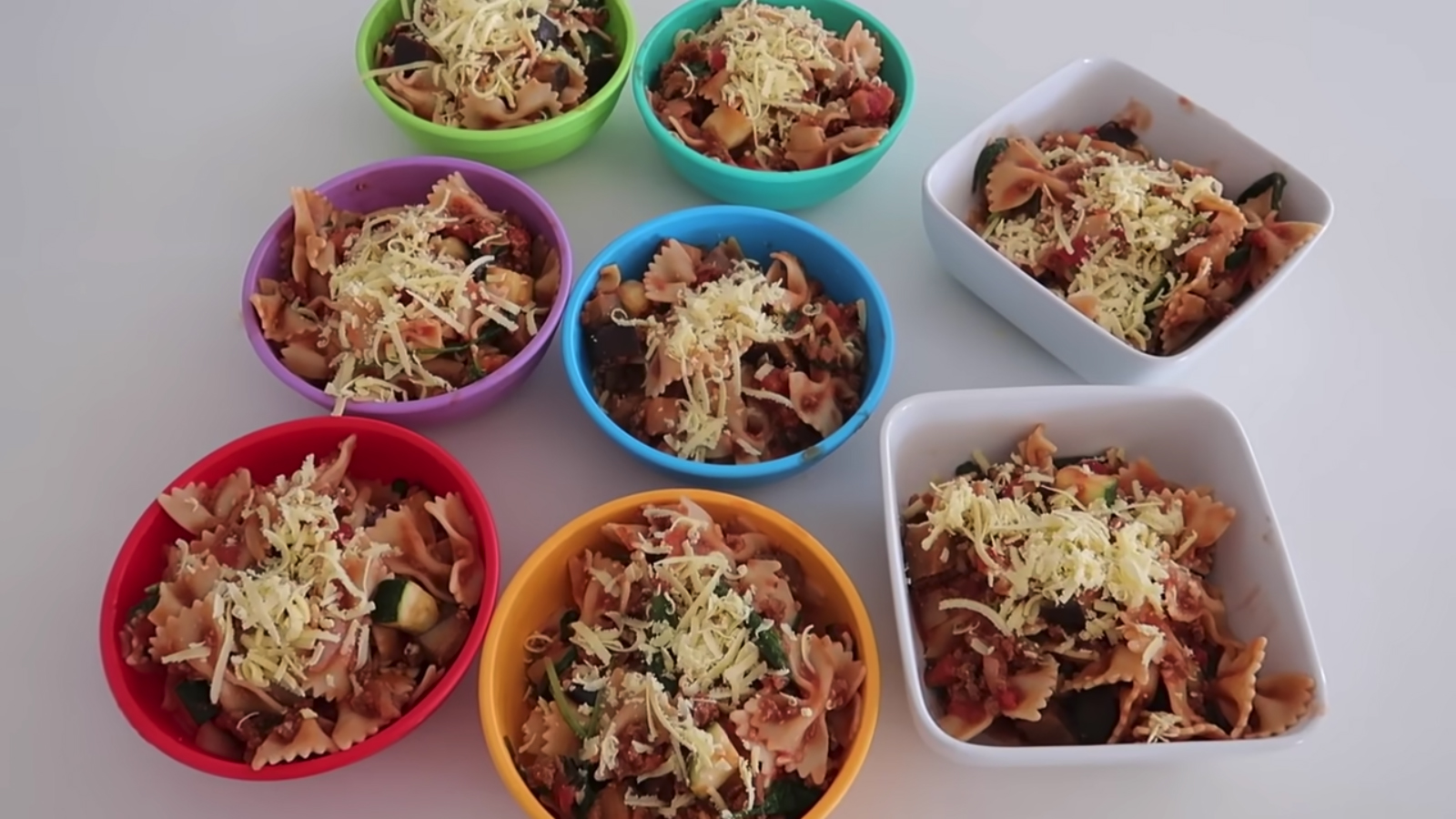 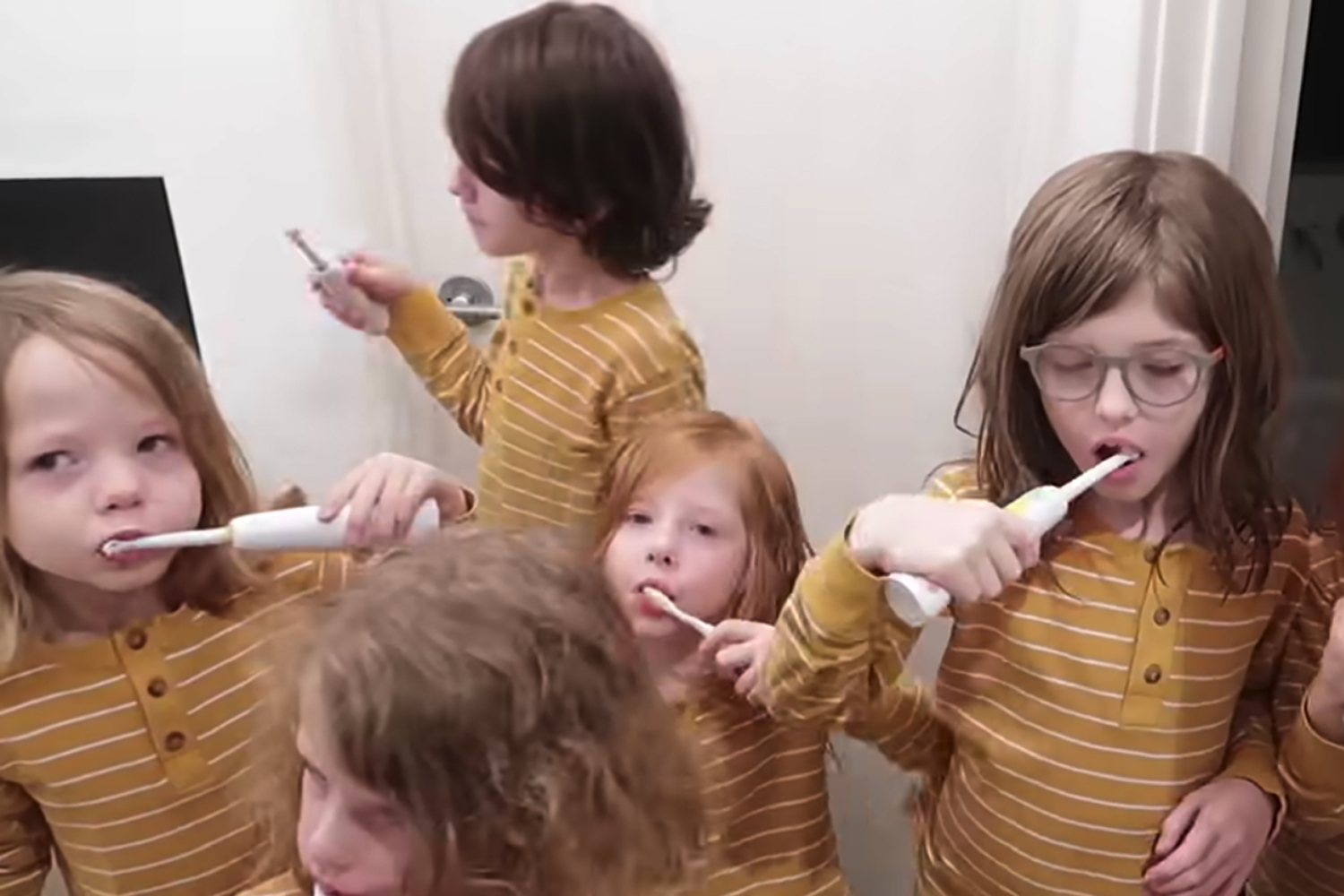 Understandably, the quicker the better as she has very little time to spend cooking in the kitchen, but she still ensures the meals are nutritious as possible.

By the time 6pm rolls around, the kids are sitting down to enjoy their dinner, with Chloe and her husband only sometimes joining them.

On busier days, they don't have dinner until all the kids are asleep, which is a few hours later.

Straight after dinner, the kids take turns having baths and popping on their pjs. 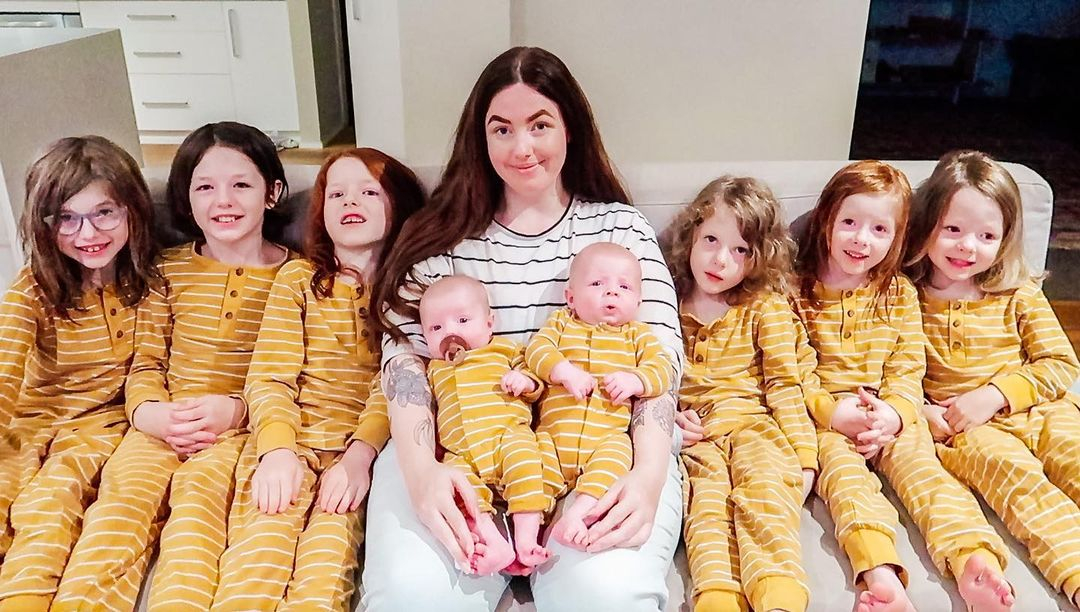 All the while Chloe attempts to bath and feed the newborn twins – while still watching over the older lot.

But there's no time to sit and watch TV of an evening, as Chloe then has the kids brush their teeth and jump into bed to read a book.

Since being a parent, Chloe says she's collected over one thousand books, which are all perfectly arranged in colour order on the bookshelf.

While the book of the moment changes regularly, she revealed their favourite at the moment is The Gingerbead Man – and luckily they all agree.

By 8pm, the kids are tucked in and ready to go to sleep, and only then can Chloe sit and enjoy some time with her husband. 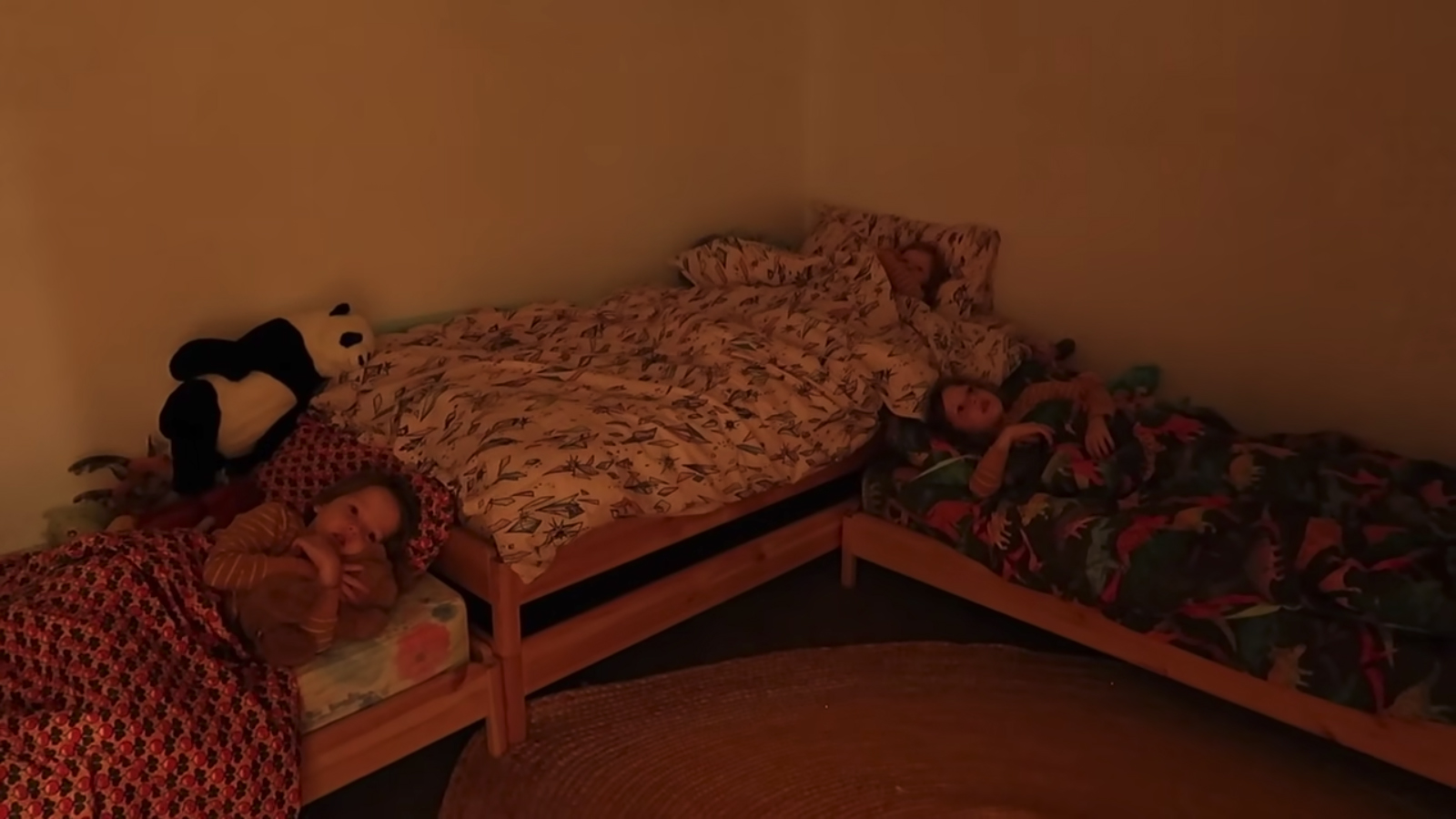 While it does seem stressful, Chloe seems to have it all worked out and admits, "it's definitely gotten easier over the years."

She says: "It's definitely gotten easier over the years with the night-time routine as all bar the twins can now dress themselves.

"With the triplets there for a bit when they were young, it was a lot of work. But I think with big families you have to do whatever works for you."

The busy mum previously revealed to FEMAIL that she homeschools all her kids – even before the global pandemic.

She said: "We home school so there are a lot around, but we keep it really relaxed. 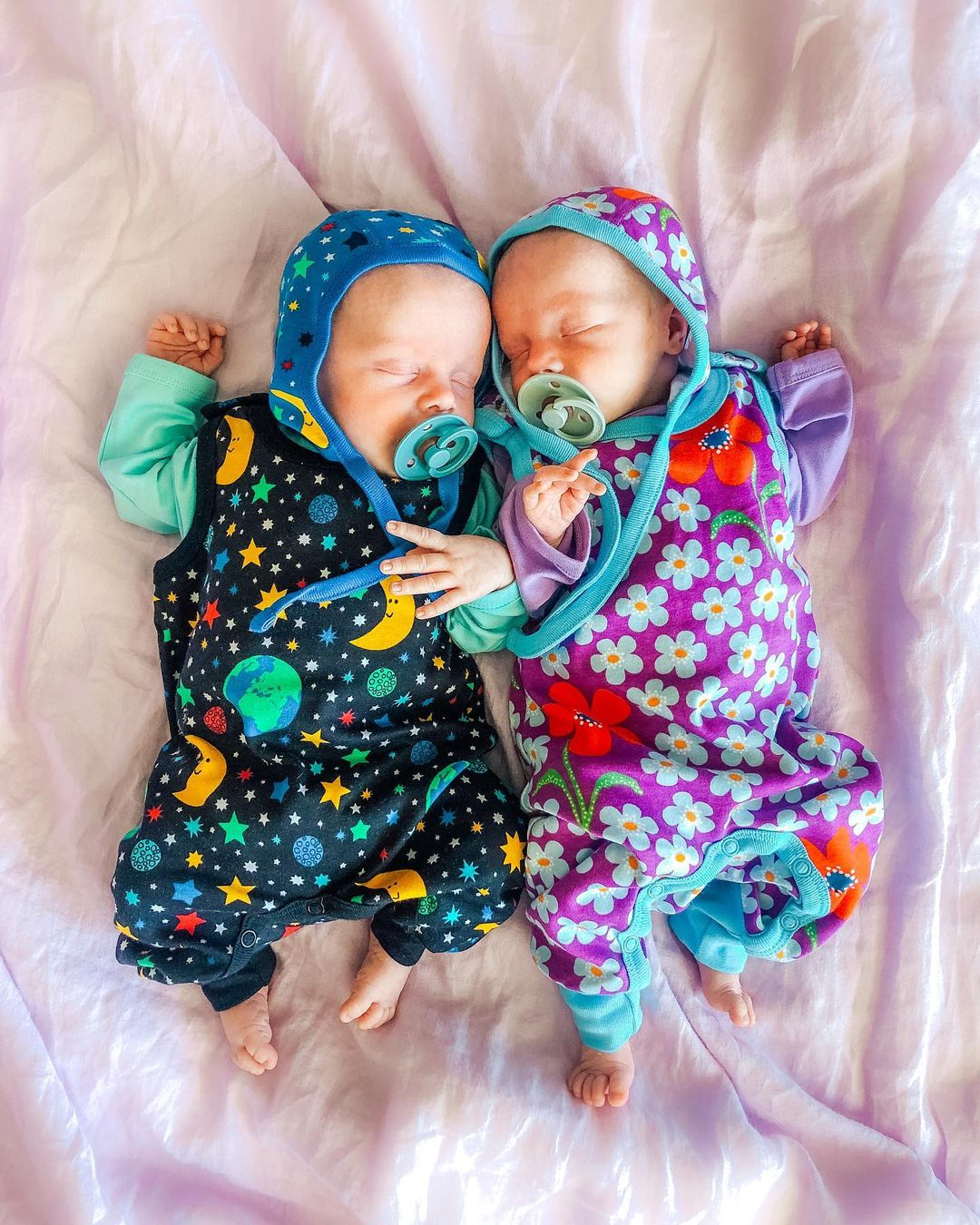 "The kids do a bit of school work, and then mostly focus on doing the things they enjoy like drawing, art projects, science projects, playing and spending lots of time outside."

She will get her kids started on some school work first thing, while she continues to run her own successful online toy store business with her husband from home.

Contributing her household success to "teamwork" she said: "It can be a lot with a career, home schooling and homework, but we manage it well together and doing all of this means we can maximise family time, which is really important to us."

We previously shared how Chloe had her tubes tied after six kids, but reversed the procedure as she wanted more.

Meanwhile, this pregnant mum-of-11 suffers morning sickness for the first time ever, admitting ‘I now know why people only have 1 or 2’

Plus this mum who lost her toddler in a supermarket shares the tip she used for finding him – and EVERY parent needs to know it.