And the Duchess of Sussex, who recently returned from her sunny royal tour of Australia and New Zealand with Prince Harry, has once again ignited furious internet debate about her "glaring" hosiery. 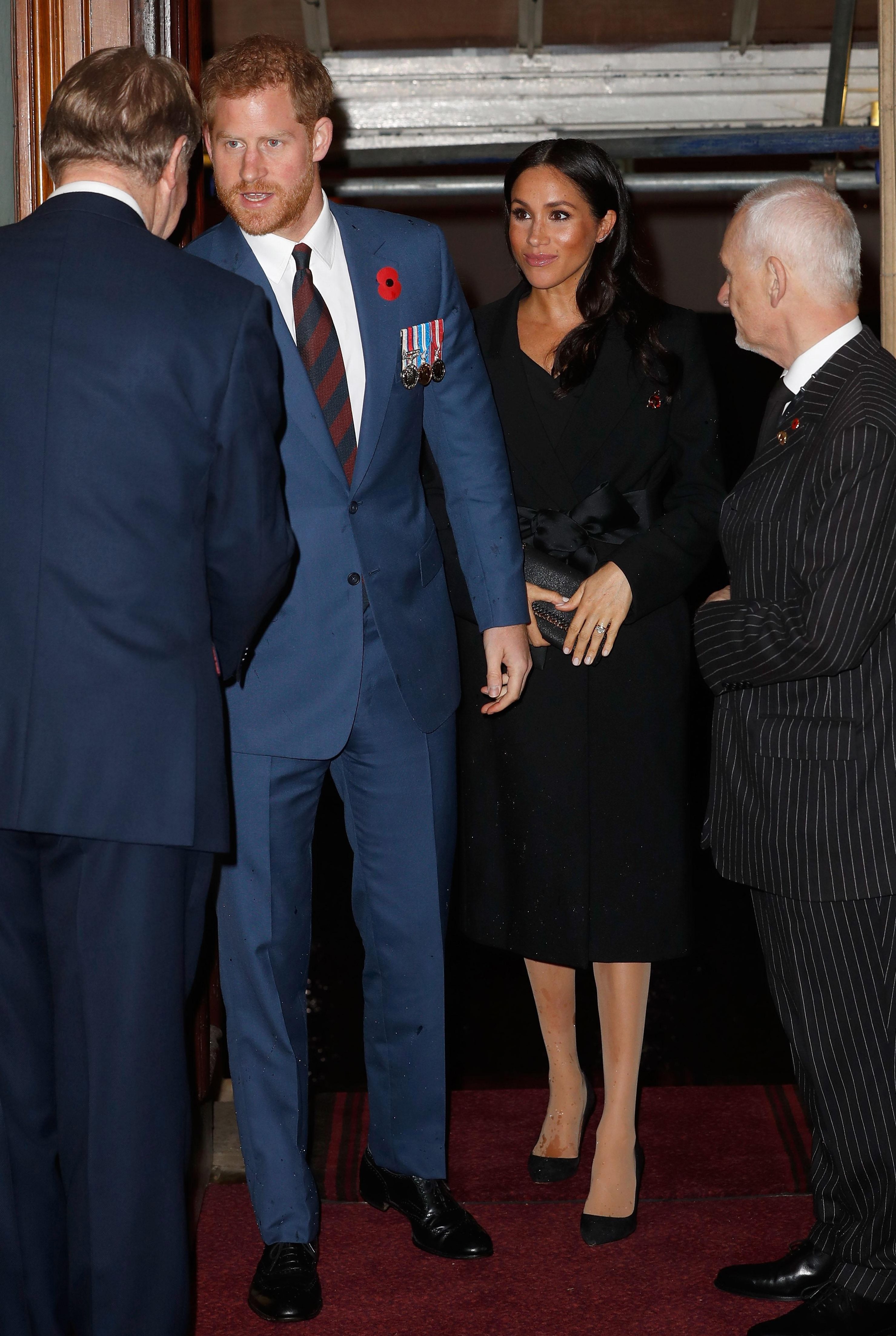 Pregnant Meghan, 37, accompanied her 34-year-old husband – as well as fellow royals, including The Queen, Kate Middleton and Prince William – to the Royal British Legion Festival of Remembrance at the Royal Albert Hall last night.

The duchess wore her sleek brunette locks tucked behind her ears and finished off her look with a black clutch bag and black heels, also by the British designer.

But royal fashion fans couldn't help but notice that one part of her outfit seemed to be detracting from the rest. 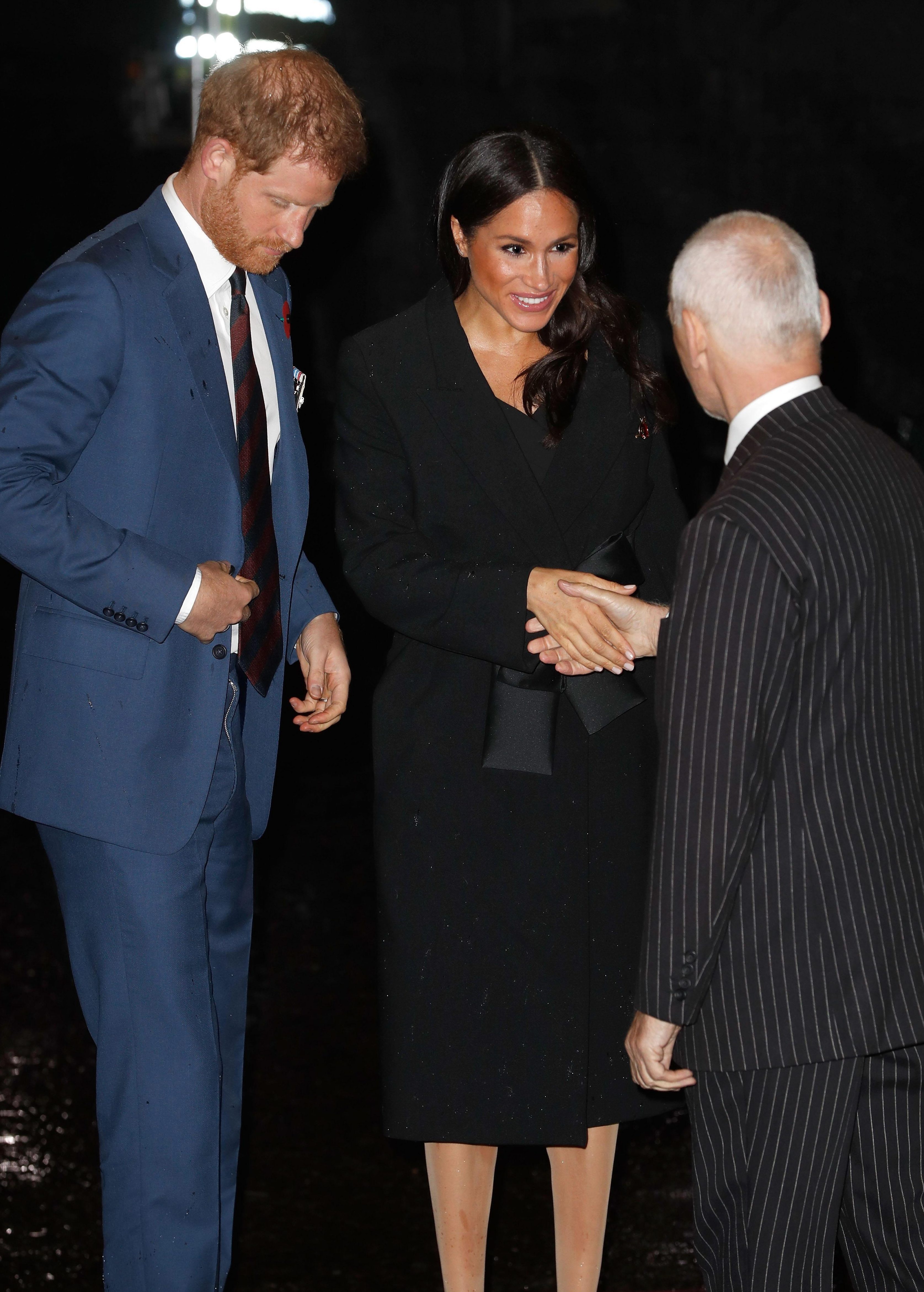 Many took to Twitter to question her choice of hosiery. One wrote: "Meghan rewearing her fab Stella McCartney coat from Cardiff visit, but I cannot get over the glare of these tights."

Alongside a face-palm emoji, another commented: "Meghan’s tights."

Noticing splashes of rain, a third asked: "What has happened to #MeghanMarkle tights? Has she spilt her wine?"

But it's not the first time Meghan's tights have turned heads for all the wrong reasons.

It looks as though Meghan has been stifling through the Strictly Come Dancing accessories again as she stepped out wearing shiny, nude tights.

Showing off her blossoming baby bump in a chic Stella McCartney coat at The Festival of Rememberance yesterday, the Duchess of Sussex looked glowing… until our eyes caught her legs.

Splashes from the rain were even more evident on the naff nylon as the 37 year-old arrived at the Royal Albert Hall.

But it’s the sheen on Meg’s legs that had us lost for words. Surely this hosiery should only been seen when dancing a jive and competing for the glitterball?

She rarely puts a foot wrong when it comes to style, but in this instance, her tights place her at the bottom of the leaderboard.

In May, she wore a pair of pale nude tights to the Prince of Wales' 70th birthday bash at Buckingham Palace in her first post-wedding public engagement, and commentators were not impressed.

Since then, she has appeared at a number of engagements with bare legs.

But many have been quick to point out that Meghan's decision to occasionally reach for the nude tights isn't necessarily to keep off the chill or pull her look together.

It is believed at royal events the Queen asks that all her guests and family members cover their legs in tights. 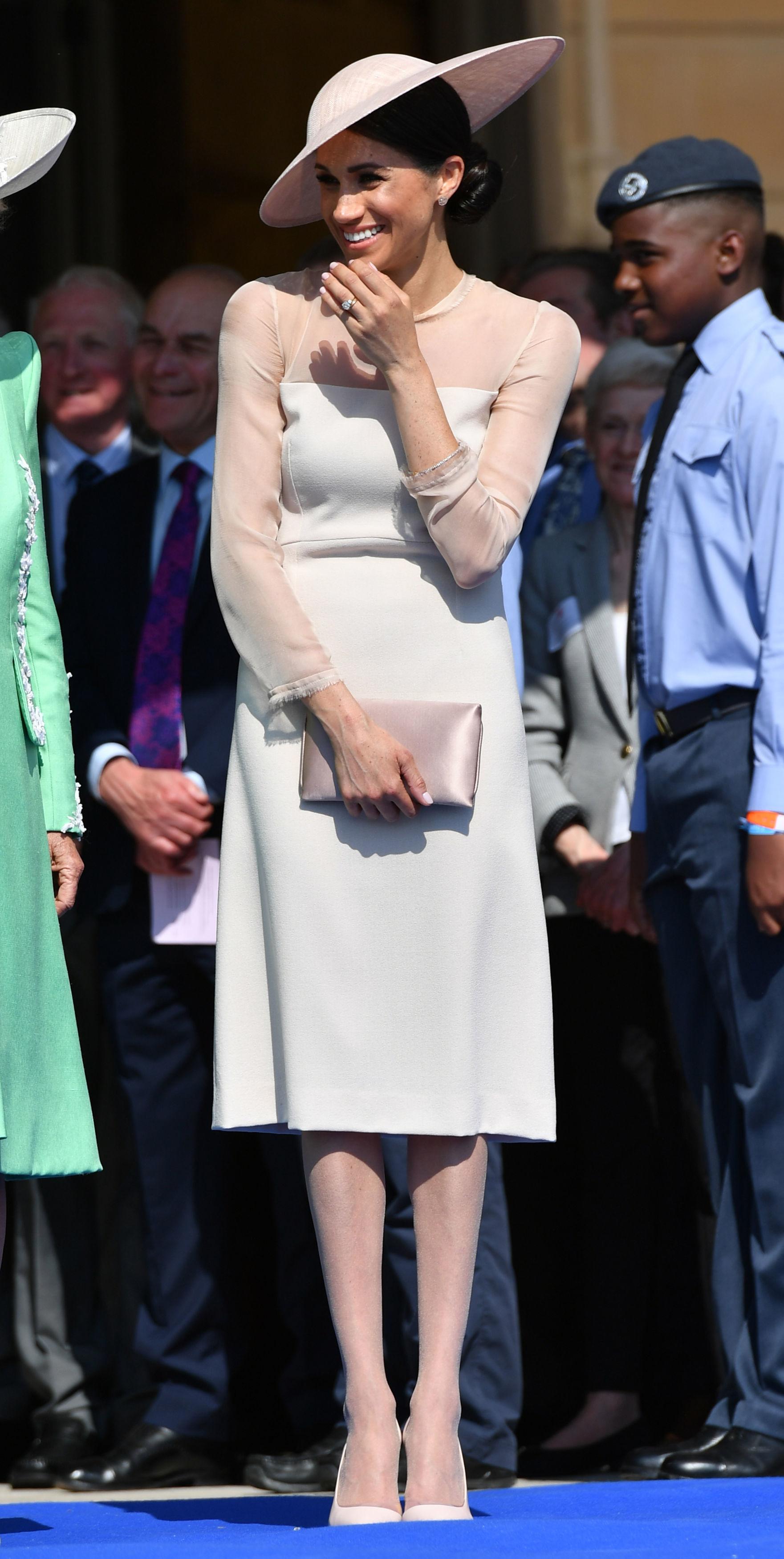 However, an expert has suggested to BAZAAR.com that this isn't actually the case.

Marlene Koenig, royal expert and Royal Musings blog founder, said: "There are no rules for royal women regarding pantyhose.

"While most women (royal or commoner) wear pantyhouse with suits or gowns for a good slim line, it is not required by any decree from the Queen."

It was revealed Meghan Markle and Prince Harry sent this rarely seen photo to dignitaries following the royal tour.

We also revealed Meghan Markle and Prince Harry have to follow this royal rule with their baby name.

And we showed you Prince Harry’s bald patch has DOUBLED in size in the last year – and he’s ‘losing his hair as rapidly as brother William’, claims transplant surgeon.

11/11/2018 Fashion Comments Off on Meghan Markle's shiny tights divide the internet AGAIN – but do royal women have to wear them?
Recent Posts