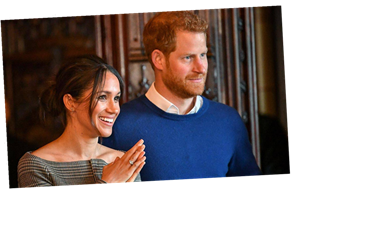 PRINCE Harry is "upset" that the Queen has reportedly decided to punish him for agreeing to an Oprah Winfrey interview, it is claimed.

Insiders claim there's simply 'no way back' for Meghan Markle and Prince Harry in royal life after they agreed to a bombshell 90-minute special lifting the lid on Megxit, which will air on US TV next month.

In a shameless move, the couple who'd claimed they were fleeing the UK and royal duties to maintain their "privacy" have signed up for an explosive tell-all interview with America's biggest celebrity interviewer.

The hypocrisy of the move is said to be too much for the Palace to bear and the couple may now be stripped of all remaining royal patronages – including Harry's three beloved military titles.

The Prince is said to be devastated by the alleged developments, with the Mirror quoting a source close to Harry as saying his military work is "one of the most important things to him".

They added: "There was no choice. The reality of now being able to have their cake and eat it is finally dawning on him.

"I am sure it is painful for him. He is very upset to be in this spot, but they have made some choices.

Buckingham Palace would not comment on the couple's Oprah interview.