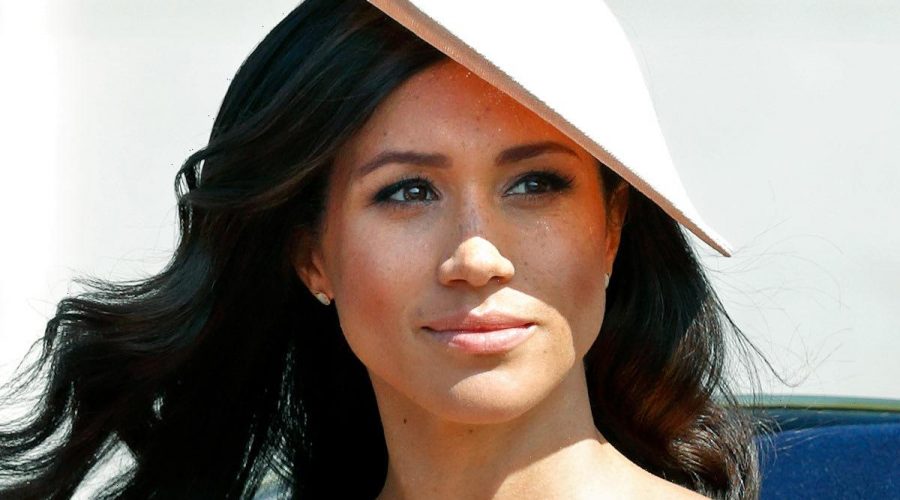 Meghan Markle made a fashionable return to the UK this week – and as expected, she did not disappoint with her appearance at the Queen‘s birthday parade, Trooping the Colour.

The Duchess of Sussex was joined by her husband Prince Harry on Thursday at the annual event which kicked off the Queen’s Platinum Jubilee bank holiday celebrations and marked Her Majesty’s official birthday.

In photographs published by the MailOnline, Meghan looked incredible wearing a sleek bodycon dress complete with an off-the-shoulder neckline and wrap detailing. The stunning frock, which came in a stylish navy hue, featured capped sleeves and a chic midi length.

She accessorised with elegant drop earrings and a large, wide-brimmed white hat adorned with an oversized bow by British milliner Stephen Jones. Meghan styled her raven hair in voluminous curls, draped to one side. A total My Fair Lady moment!

The Duchess of Sussex was the epitome of elegance

Neither Meghan nor Harry will join the Queen in the traditional balcony line-up at Buckingham Palace to watch the flypast this year, as only working royals have been invited to take part. 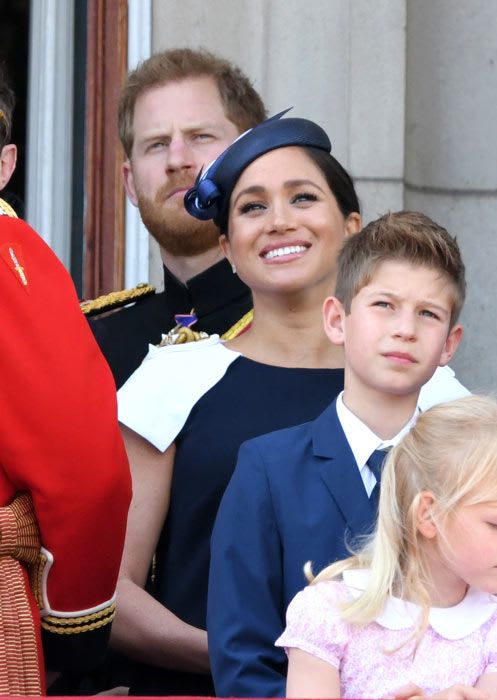 Meghan wore a similar outfit at Trooping the Colour in 2019

Although Harry and Meghan, along with other family members, were invited to join in Her Majesty’s Platinum Jubilee celebrations, the monarch has chosen to appear with a reduced number of her relatives for the key moment.

A spokesman for Buckingham Palace said: “After careful consideration, The Queen has decided this year’s traditional Trooping the Colour balcony appearance on Thursday 2 June will be limited to Her Majesty and those members of the Royal Family who are currently undertaking official public duties on behalf of the Queen.”

But the Sussexes could still have their balcony moment later this week. On Sunday 5 June on the final day of the bank holiday weekend, the Queen and members of the royal family could make a final appearance on the balcony as part of the Jubilee Pageant event that will round off the weekend.

A spokesperson for Harry and Meghan has previously said: “Prince Harry and Meghan, The Duke and Duchess of Sussex are excited and honoured to attend The Queen’s Platinum Jubilee celebrations this June with their children.”

HELLO!’s selection is editorial and independently chosen – we only feature items our editors love and approve of. HELLO! may collect a share of sales or other compensation from the links on this page. To find out more visit our FAQ page.