Alexander Cortes penned a long moan on social media where he compared women with colourful hair to venomous animals. 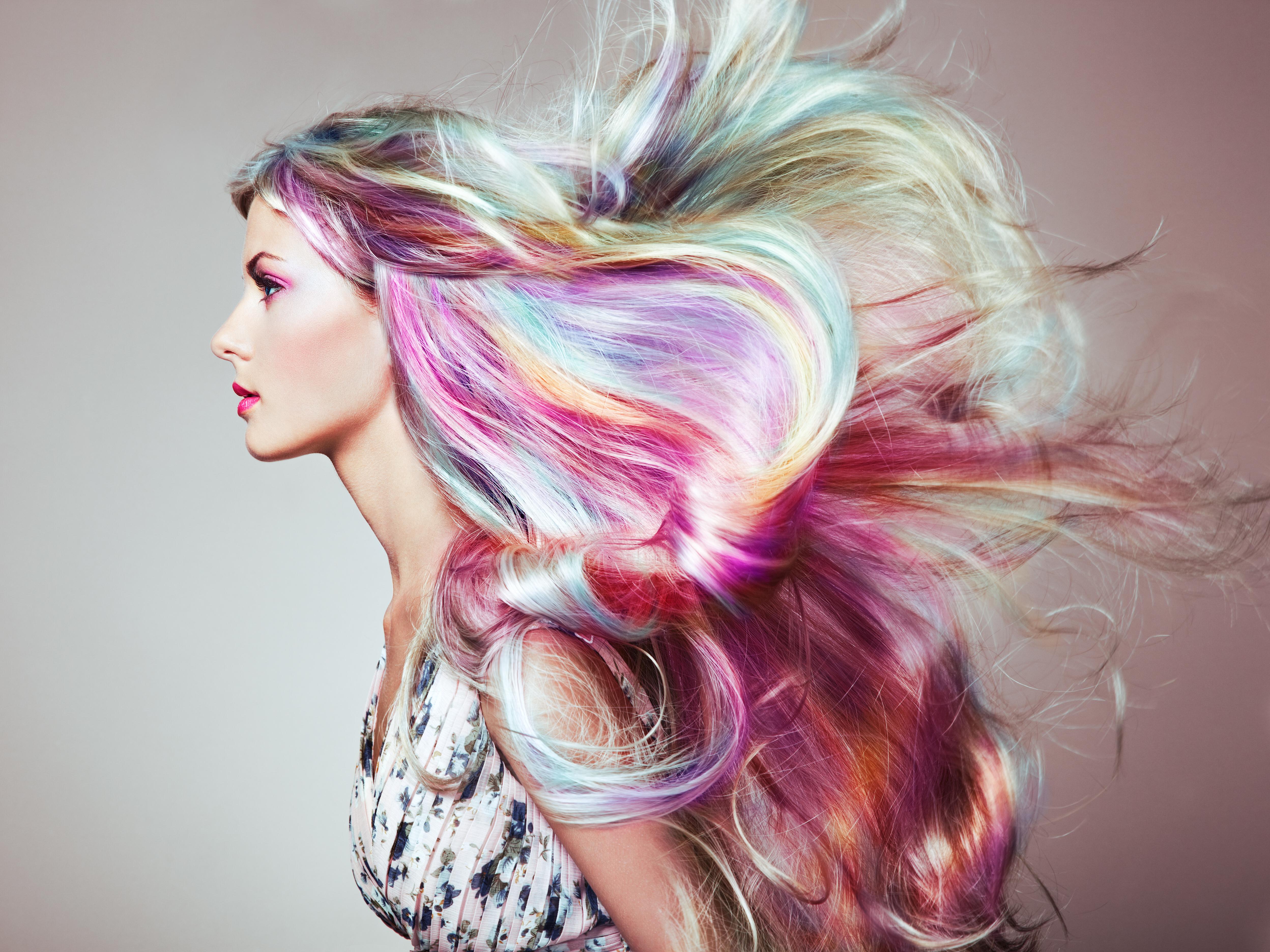 Alexander, who describes himself as a trainer, writer and speaker, wrote: “Unnatural hair colors in woman are a warning signal to stay away, it’s an example Aposematism-the phenomenon of poisonous animals in nature advertising their toxicity and lethality.

“Animals like Poison arrow frogs, venomous snakes, they have bright colors and it lets other animals know to stay away from messing with them.

"When you see a woman with red blue green purple rainbow hair, it’s a sign of mental illness and derangement. 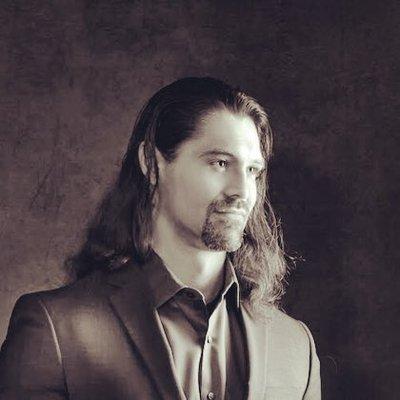 "But would you want to date this girl? She's literally homicidal.”

But he qualified that his hatred wasn’t against all women who dye their hair, only ones which choose ‘unnatural’ colours.

He continued: “This said, lots of women dye their hair, and theres nothing wrong with that, so long as it’s a natural color And not Manhater blue or Ihaveamentaldisease pink

“Or my favorite, the RAINBOW hair Which you can guarantee she'll have a therapist and multiple psychiatric drug prescriptions. Again, see Harley Quinn example. 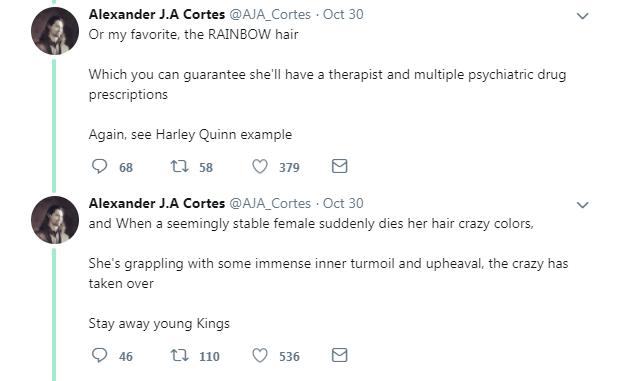 “And When a seemingly stable female suddenly dies her hair crazy colors, She's grappling with some immense inner turmoil and upheaval, the crazy has taken over. Stay away young Kings.

“I expect the Toxic Thottery to come out in full force for this one.

"Pay attention to the behavior of these succubus's and she-devils gentlemen It will be a lesson for you in what to avoid dating and never reproduce with.”

He finishes off his spiel by indicated where people can sign up to his newsletter, where he will share tips on how to find ‘quality women’.

Needless to say, his post has attracted some choice comments.

Women with their hair dyed all sorts of colours have been proudly showing them off online.

One person said: “It’s just a color. I can say that I’ve recovered from rainbowhairitis and lived to tell the tales.

“What you should do is stay away from anyone who’s running w a knife.”

And people pointed out some of the numerous flaws in his theory, saying: “Someone tell this guy about fruit, flowers, and all the birds that have bright plumage to attract mates.

“And the ones that evolved orange or green etc for camouflage, or who can change colour to communicate– like sit down and watch Life it's on Netflix it's good.”

Another flaw pointed out was: “Your argument is definitely so strong when you have to use a fictional person as an example.”

And people speculated where his extreme position comes from, saying: “Translation: anyone with hair dyed "unnatural colours" has rejected Alexander his whole life and so he automatically places the blame on the women for not seeing how lucky they were to have his attention.”

But this woman thought he had a point, saying: “You're absolutely right, I'd like you to stay far away from me.”

If you were thinking of dyeing your hair, here’s the worst hair dye disasters ever, from a muddy brown patch to a dodgy strawberry-inspired ‘do.

Plus a hair expert revealed shampoo is the WORST thing for your locks – and this is why.

And unicorn hair is the bold new beauty look to copy – and it’s VERY colourful.