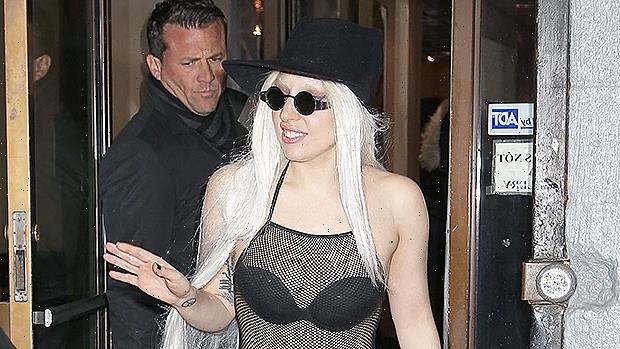 Lady Gaga enjoyed the gorgeous view of the ocean from her $22.5 million Malibu mansion in the cutest tie-dye bikini, after wrapping filming on ‘House of Gucci.’

Fans were going gaga for Lady Gaga‘s set of bikini photos that she posted to Instagram on May 26! The 35-year-old pop star stunned in two photos of herself rocking a vibrant blue bikini with a tie-dye print, which she wore to lay under the sun in the backyard of her $22.5 million Malibu mansion. The “Rain On Me” singer’s back was turned to the camera, giving it a display of her derriere.

Gaga simply captioned the bikini post with a mermaid emoji, which was fitting — she was posed just like the mythical being! The post, which has gained more than two million likes since being posted earlier on Wednesday, was fawned over by fans. “Lady Gaga serving cake and it’s not even my birthday,” one such fan cheekily wrote, fitting for the cheeky photo.

Gaga has been fully embracing summer style! Just a day prior, she was seen shopping in Malibu while rocking sequined silver sweat pants, a grafitti print deep V-neck tee and a messy top knot. It was a much more modern look than the retro outfits from Louis Vuitton that she had been wearing to film House of Gucci, in which she plays Patrizia Reggiani, who was married to Gucci heir Maurizio Gucci between 1973-1991. The movie filmed in Europe between March and May, and fans were blessed with many photos of Gaga in vintage Gucci.

It’s good to be back home, though, which Gaga knew to be true when the city of West Hollywood gifted her with a key to celebrate the 10-year anniversary of her album Born This Way on May 23. “Through her music and activism, Lady Gaga has become a cultural icon for our generation,” WeHo’s mayor, Lindsey P. Horvath, said at the ceremony per Huffpost. The mayor added, “The anthem ‘Born This Way’ has become an out-and-proud declarative stance for countless LGBTQ people…I’m overjoyed to declare today ‘Born This Way Day.’” Even JoJo Siwa used the song to come out!