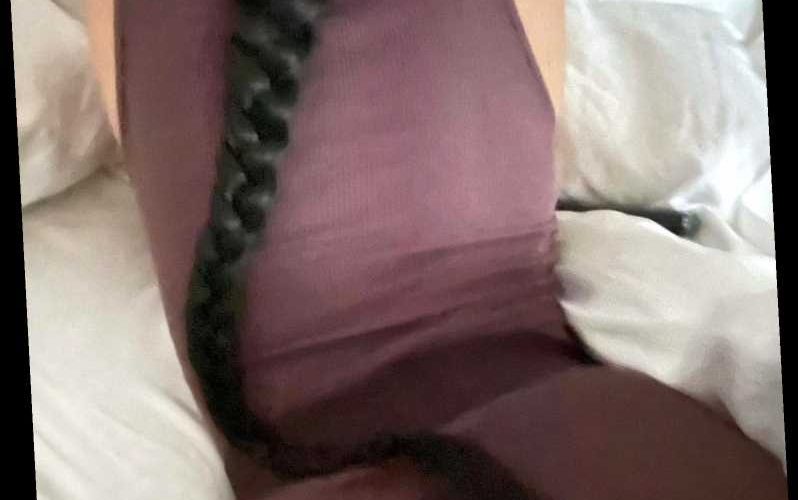 Travis Barker revealed his hidden hairstyling talent as girlfriend Kourtney Kardashian showed off her braided strands pleated by her man himself.

The Poosh founder and Keeping Up with the Kardashians star, 41, posted a photo on Instagram of her long, twisted braid as she laid on her stomach in bed watching TV. She captioned the photo with lyrics from Ariana Grande's hit single, "34+35," writing: "watchin' movies, but we ain't seen a thing tonight." Barker commented on Kardashian's post with a simple devil face (😈) emoji.

Kardashian shared the photo on her Instagram Story, which is where she revealed that Barker, 45, was the person behind her hairstyle.

"and he braids @travisbarker," the star said.

Barker just recently made his love for Kardashian permanent by getting her name tattooed across his chest. On Thursday, the Blink-182 drummer was spotted with some new ink — the oldest Kardashian sibling's name written above his left nipple.

The script appears to be etched over a previous tattoo that Barker has on his chest.

A source confirmed Kardashian and Barker's relationship to PEOPLE in January and the two made it Instagram official over Valentine's Day weekend, long after they first bonded over their kids.

Barker raved about his romance with Kardashian last month on The Drew Barrymore Show, explaining that it's much easier dating a fellow parent.

"I'm spending time with a woman who's a great mom, who's a great friend and you don't have to worry about any of those things," he said. "It just comes natural — it's like a maturity thing."