ALL parents have sang, rocked and walked their kids while trying to get them to drop off, sometimes with little success.

After recently welcoming a new baby girl, one exhausted dad shared his simple tip which helps babies fall asleep instantly – and parents are raving about it after trying it. 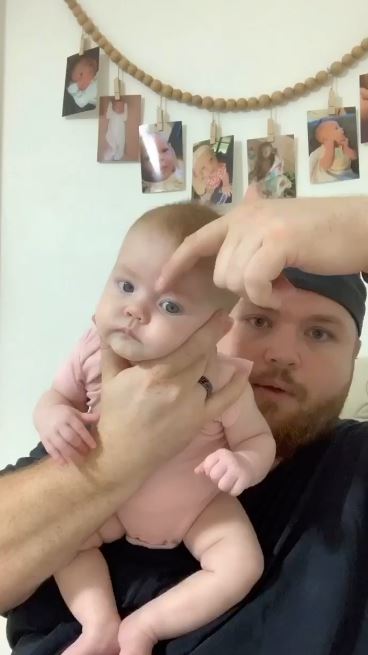 Dad Austin Miles Geter, from Dallas, shared a clip on Facebook of him trying to soothe his newborn, Charlie, to sleep.

He captioned it: “This trick actually worked really well. She was OUT.”

The clip shows him rocking Charlie, dressed in adorable pink babygrow, as he shares the life-changing hack.

Austin says: “So here we are, she keeps crying because I keep having to change positions but I know she’s sleepy. 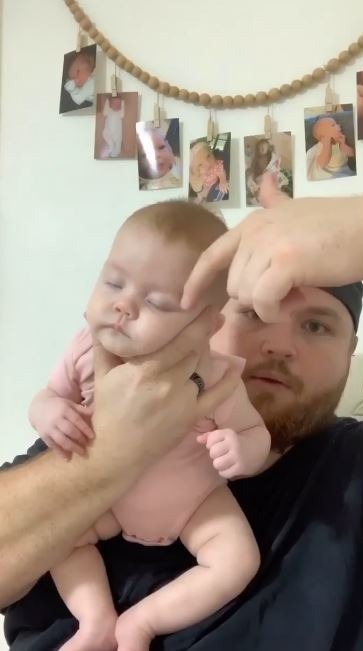 “But I heard if you gently rub their eyebrows they go to sleep. So I’m going to try it.”

Seconds after rubbing her eyebrows, Charlie’s eyelids begin to droop, and she nods off almost instantly.

Austin silently punches the air in success, as Charlie finally goes down. 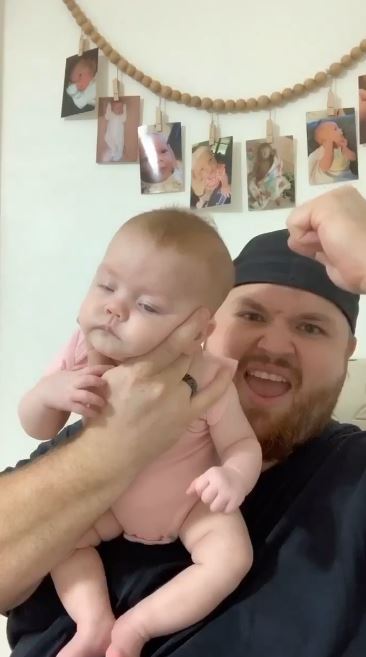 The clip has racked up more than six million views, as parents raved about Austin’s hack – claiming it worked as soon as they tried it.

Commenting on the clip, one person said: “She is So cute, and I rubbed all 3 of my boys eyebrows and it worked on them.”

Someone else wrote: “Brilliant! Wish I knew that trick 17 years ago when my daughter was a beautiful little nugget!” 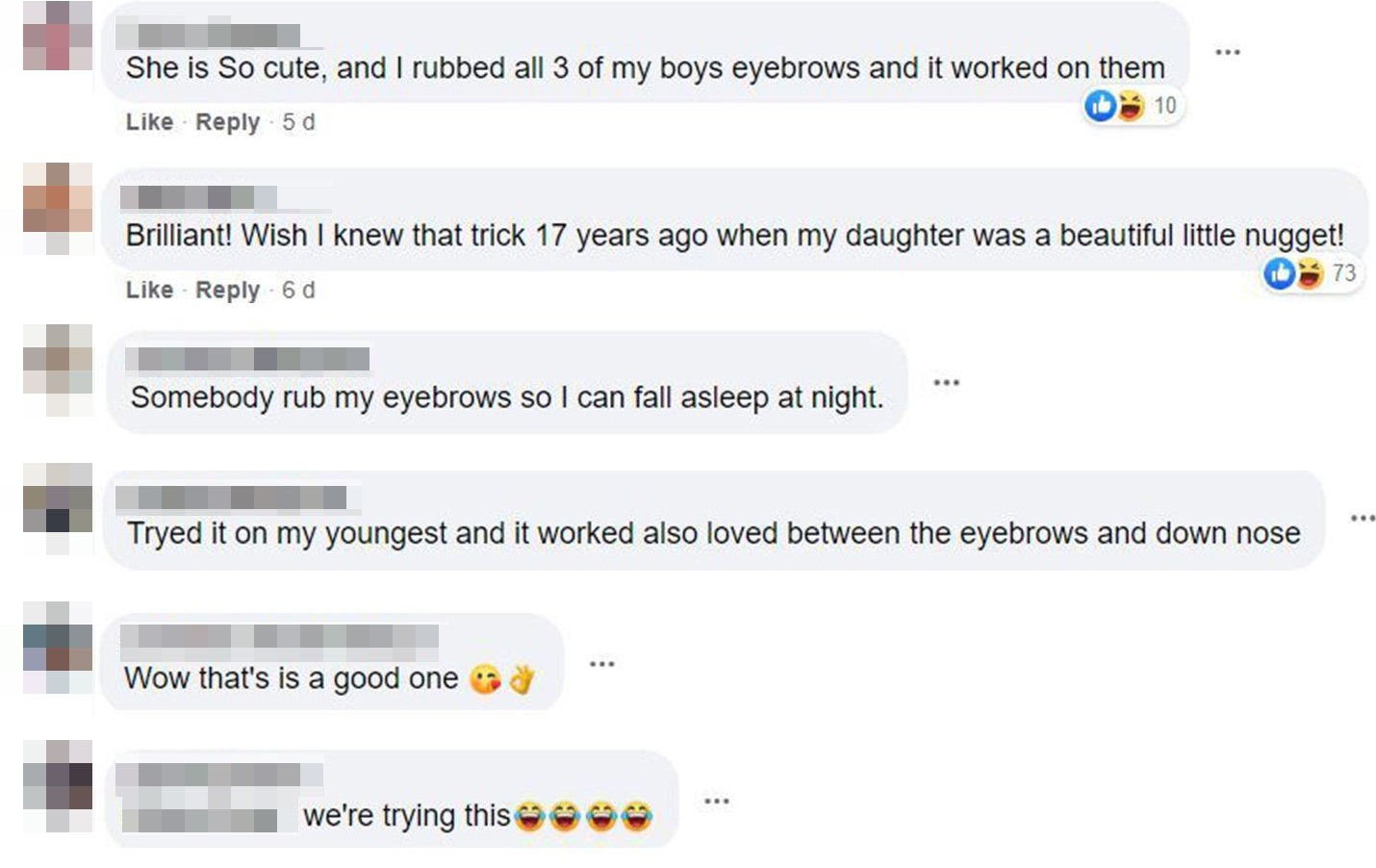 A third thought: “Tryed it on my youngest and it worked also loved between the eyebrows and down nose [sic].”

While this person wrote: “We're trying this.”

And another added: "My son's 4 will be 5 in March and the eyebrow trick still works."

Meanwhile this crafty mum builds her own dining table out of Ikea & Amazon bargains as she didn’t want to fork out for a designer one.

And this mum got lunchbox shamed after showing off her Mickey Mouse sandwich – as people reckon a toddler could do better.

Plus this mum-of-16 shares colour coding tips to speed up piles of laundry & reveals why she NEVER writes kids’ names in clothes.

09/02/2020 Fashion Comments Off on Knackered dad shares tip which helps babies instantly fall asleep – and parents are raving about it after giving it a go
Recent Posts
We and our partners use cookies on this site to improve our service, perform analytics, personalize advertising, measure advertising performance, and remember website preferences.Ok