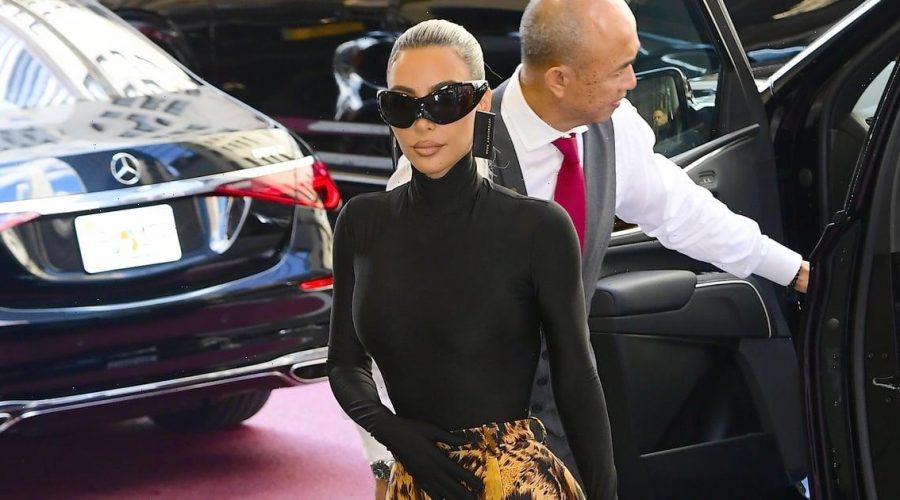 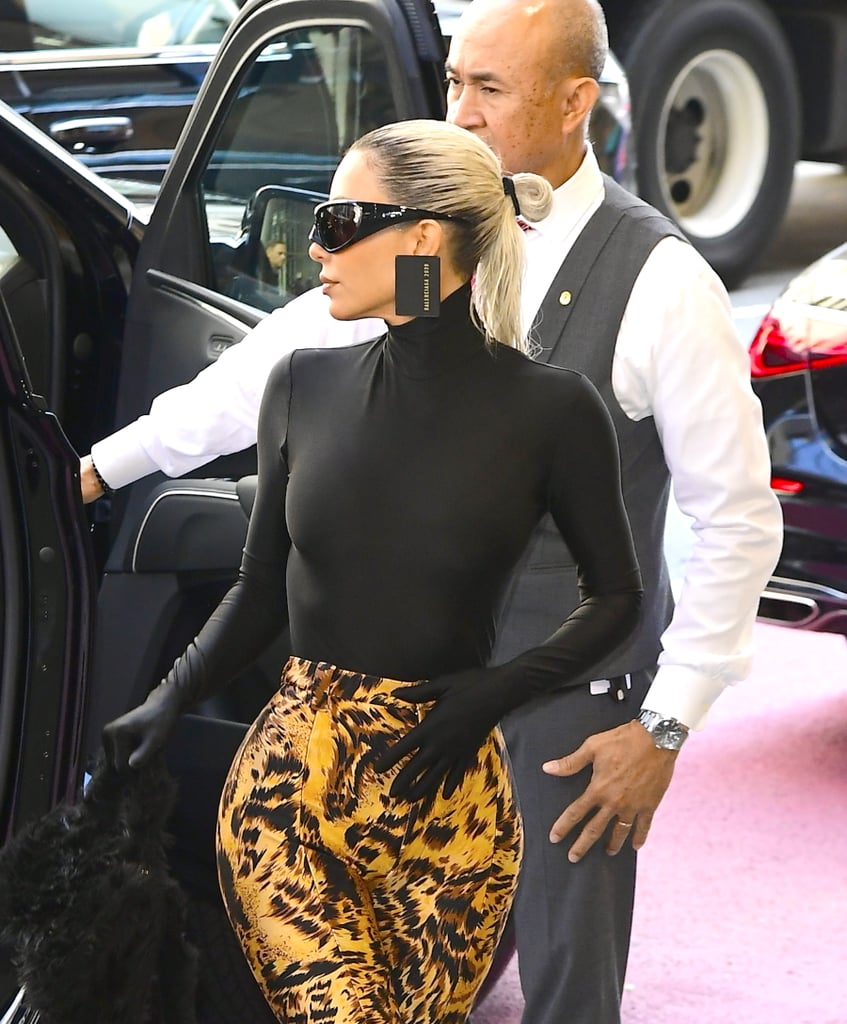 As POPSUGAR editors, we independently select and write about stuff we love and think you’ll like too. If you buy a product we have recommended, we may receive affiliate commission, which in turn supports our work.

Kim Kardashian seems to be upgrading the Balenciaga pantaleggings she’s helped popularize. On Tuesday, September 20, the business mogul appeared on “Good Morning America” in a mustard yellow pair imprinted with a tiger motif. She styled the garment with a black turtleneck glove top and accessorized with oversized Balenciaga sunglasses and a large fluffy version of the brand’s viral Hourglass bag. Also worth noting were her rectangular earrings, which were shaped to resemble credit cards.

Kardashian spoke about the second season of her family’s show on “Good Morning America,” which will premiere on Hulu on September 22. Referring to the first episode, she said, “It’s, like, a really, seriously deep, vulnerable episode that we really haven’t talked about. I think people will be really surprised.” Later that day, the Skims founder traded her pantaleggings for a seemingly uncomfortable high-waisted maxi skirt from Rick Owens.

The reality star debuted another style of tiger-print pantaleggings at Beyoncé’s 41st birthday party on September 10, which embraced an ’80s-inspired roller-disco theme. Kardashian arrived in red sequin separates, a rhinestone Hourglass XS bag, and oversize D-frame sunglasses. Aside from her recent sequin gown at Fendi during New York Fashion Week, a shiny metallic Rick Owens cutout dress for an appearance on “The Late Late Show With James Corden,” and her various Skims thongkini moments on Instagram, the business mogul has steadily been promoting Balenciaga. As the official new face of the brand, she modeled a blue cutout gown and a floral glove black-and-yellow midi dress for the winter 2022 campaign.