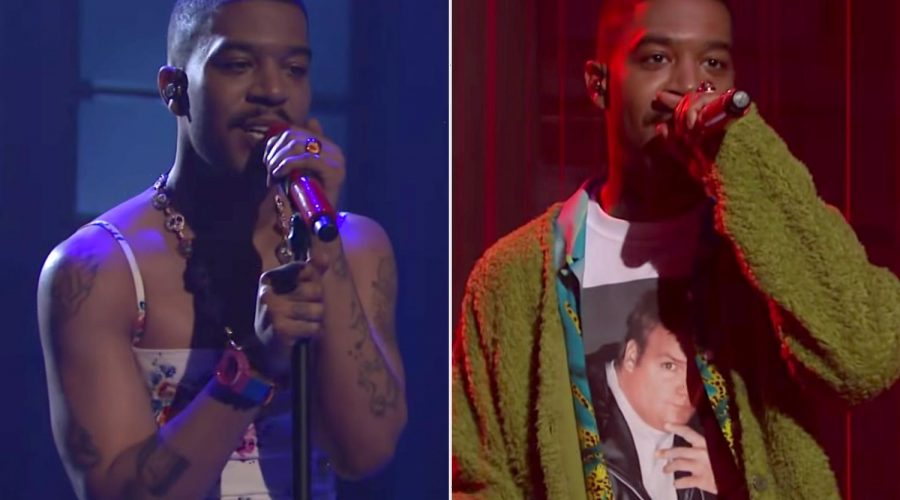 While appearing as the musical guest on the late-night comedy sketch series over the weekend, the 37-year-old rapper channeled the late musician during both of his musical performances, wearing outfits reminiscent of ones the Nirvana rocker previously donned.

First hitting the Studio 8H stage for a performance of his track, "Tequila Shots," Cudi sported a green cardigan that many fans pointed out looked comparable to the one that Cobain wore during Nirvana's MTV Unplugged concert back in 1993.

Then, for his second number, Cudi performed his song "Sad People," in a spaghetti-strapped floral dress that was similar to the one that the late musician wore on the 1993 cover of the magazine, The Face. The musician also wore a shirt honoring late SNL cast member  Chris Farley, who died in 1997.

His stint as the musical guest on SNL fell near the anniversary of the day Cobain died in 1994 at age 27.

During his time on SNL, Cudi also appeared in a sketch titled, "Weird Little Flute" alongside friend Pete Davidson as well as surprise guest Timothée Chalamet.

As the clip comes to a close, Carey Mulligan — who served as the evening's host — appears as a music shop owner and interrupts their singing.

"Guys, you have been sitting here for like four hours. You have to buy something or leave," she says, before Davidson responds, "In that case, we'll buy all of your flutes."