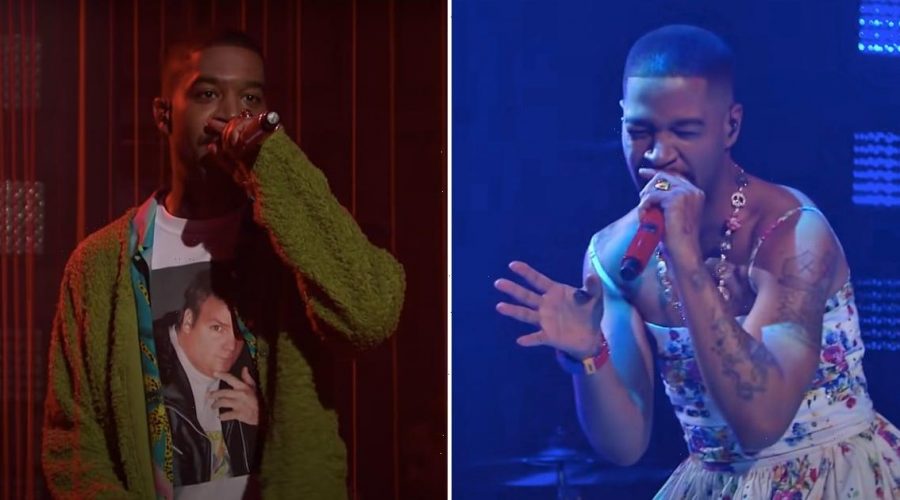 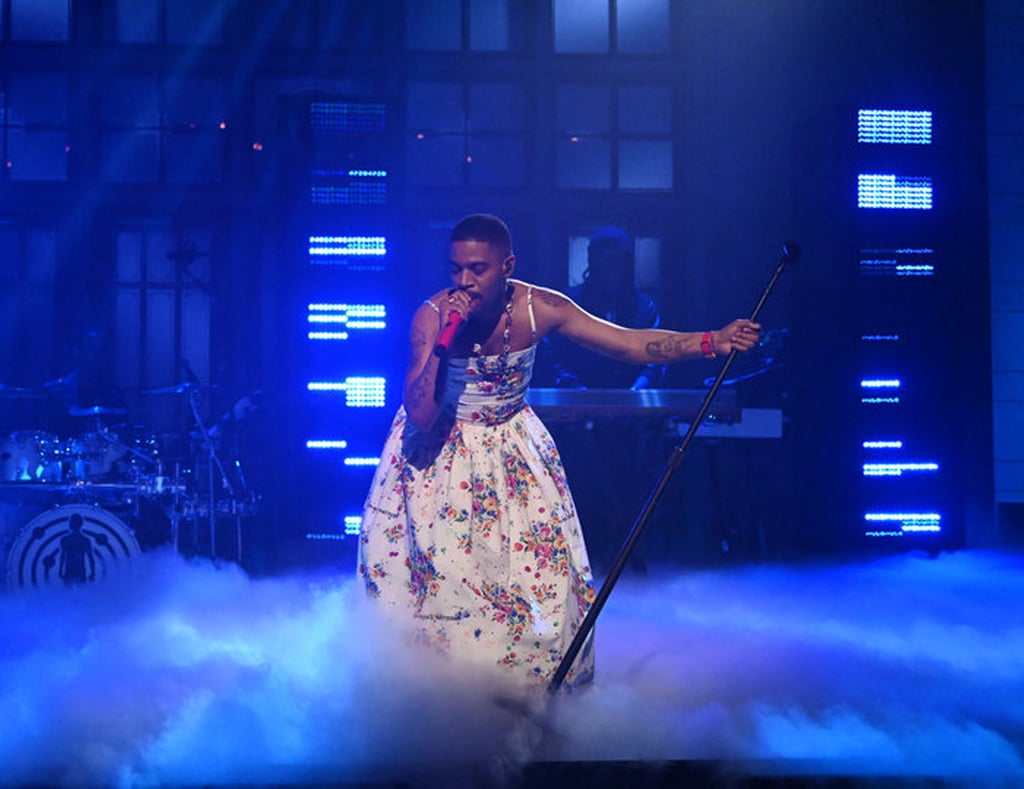 Kid Cudi is paying tribute to two talented performers we lost in the ’90s. On April 11, the rapper took Saturday Night Live‘s stage in outfits that appeared to honor both Nirvana frontman Kurt Cobain and the show’s former cast member Chris Farley. Kid Cudi’s nod was especially timely given the 27th anniversary of Kurt’s death on April 5.

For his “Tequila Shots” performance, Kid Cudi chose an oversize moss green cardigan, similar to one Kurt wore during an MTV Unplugged clip back in 1993. The rapper also paired the sweater with a graphic tee featuring Chris’s headshot. The comic died on Dec. 18, 1997. During Kid Cudi’s second performance, this time rapping “Sad People,” he took the tribute even further with a floral Off-White dress reminiscent of an outfit Kurt wore on a 1993 cover of The Face.

Designer Virgil Abloh applauded Kid Cudi’s style choices on Instagram, writing, “freedom is, as freedom does. feel free.” Although the rapper has yet to confirm his exact inspiration behind the outfits, they clearly left an impression on viewers at home. Get a closer glimpse of both of Kid Cudi’s looks in the photos and videos ahead.