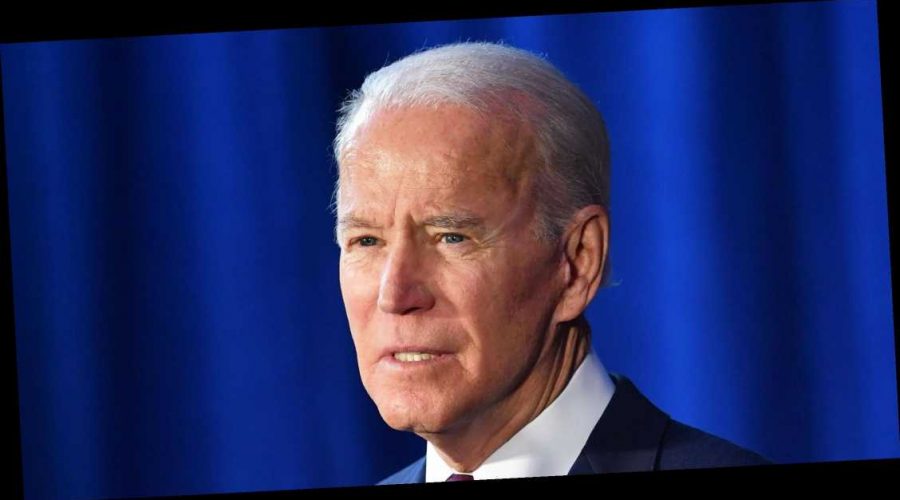 With one week until inauguration, Joe Biden has his suit picked out with the help of an all-American designer.

President-Elect Joe Biden Had a ‘Stutter as a Kid’: 25 Things You Don’t Know About Me

According to WWD, the President-elect will be dressed by Ralph Lauren for his swearing-in ceremony on Wednesday, January 20. Sources say that that custom-made suit will be crafted in Rochester, New York by the Hickey Freeman manufacturing company. Though we still don’t have any information on the details of the outfit, insiders claim that it’s dark.

“One source close to the brand said if Biden moves forward with plans to wear a Ralph Lauren suit it would ‘symbolically be a sartorial selection that would indicate a return to decorum and decency in the Office of the President,’” WWD reported.

Meanwhile, we can also likely expect Vice President-elect Kamala Harris to be in one of her perfectly tailored pantsuits with a lovely pearl necklace. But we doubt she’ll be wearing her signature Converse sneakers for such a formal affair.

Earlier this week, the former California senator showed off her sense of style on the cover of Vogue’s February 2021 issue wearing a black Donald Deal blazer and Chuck Taylors. However, the cover quickly received a flurry of social media backlash, with many criticizing the background, lighting, styling and overall quality.

“People, I’ll shoot shots of VP Kamala Harris for free using my Samsung and I’m 100% confident it’ll turn out better than this Vogue cover,” one person tweeted. “We can shoot it in my yard using natural sunlight and it’ll still be better.”

According to a source familiar with the shoot, originally the Harris team and Vogue agreed on another image of the politician crossing her arms wearing a pale blue suit. “Kamala’s team was informed by Vogue that the blue suit photo would be featured on the cover,” a source familiar with the shoot told Us Weekly. “So they were surprised to see that the more informal portrait had ultimately been chosen instead.”

After Vogue editor-in-chief Anna Wintour defended the cover, former Vogue editor-at-large André Leon Talley took to Instagram to voice his support, claiming that Harris’ wardrobe is key to her image. “She selected her personal wardrobe choices. Her work uniform with her ubiquitous Converse sneakers is aspirational,” he wrote in an Instagram post on Monday, January 11. “I predict its going to set a trend for all young women all over the world, are going to dress like Kamala Harris. Not everyone evolves wishing to be a screen star, or a music vixen, or a Kardashian beauty empress. There are girls who will see in this cover, something wonderful.”

Listen on Spotify to Get Tressed With Us to get the details of every hair love affair in Hollywood, from the hits and misses on the red carpet to your favorite celebrities’ street style ‘dos (and don’ts!)

01/13/2021 Fashion Comments Off on Joe Biden Will Reportedly Wear This American Designer to the Inauguration
Recent Posts
We and our partners use cookies on this site to improve our service, perform analytics, personalize advertising, measure advertising performance, and remember website preferences.Ok