Now Lives: In a three-bedroom apartment in Manhattan’s Chinatown with two roommates.

Claim to Fame: Mr. Mohammed is a designer and the creative director of Khiry, a luxury jewelry line inspired by the African diaspora. He founded the company in 2016 as a student at the University of Pennsylvania, with a Kickstarter campaign that raised $25,000 in less than a month. A bevy of magazine features followed, including in Teen Vogue, Essence, Vanity Fair and, most recently, the September issue of Vogue.

Big Break: During a Penn Fashion Week event his freshman year, Mr. Mohammed asked Daniella Vitale, the then-chief operating officer of Barneys New York, what it would take to get one’s brand picked up. (Ms. Vitale is now the chief executive.) “I knew from a young age that I wanted to work in fashion,” he said. His question landed him an interview with Ms. Vitale a few weeks later. For their meeting, Mr. Mohammed wore one of his necklaces, which caught Ms. Vitale’s eye and secured him a summer internship at Barneys. 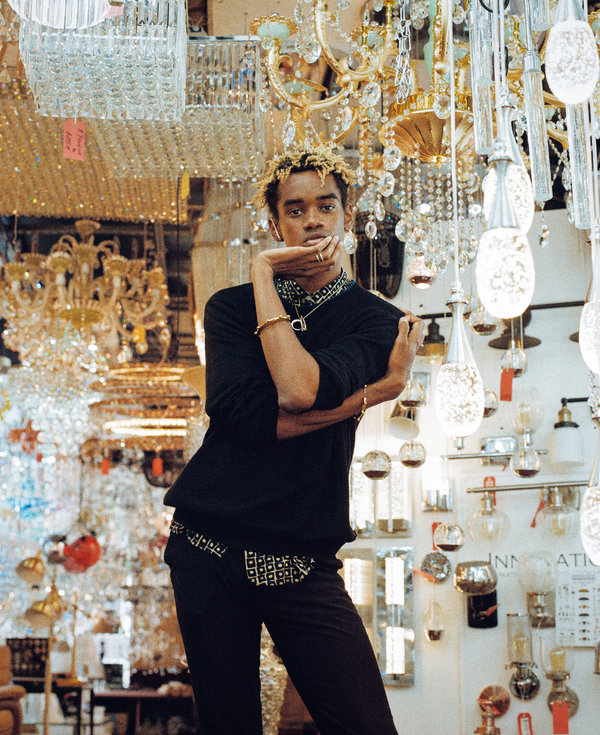 Next Thing: Seeking to help other black designers make it in fashion, Mr. Mohammed plans to start a digital journal called Négritude, named after the intellectual movement founded by Aimé Césaire, a Martinique writer, in the 1930s and ’40s. Though he is still working out the details, he wants to publish interviews and articles by black designers, and imagines it to exist “in the same way that Into the Gloss corresponds with Glossier,” he said.

Redefining Luxury: At the end of his sophomore year, Mr. Mohammed visited Japan, where the chief executive of a “noted luxury retail conglomerate” told him that “that the only true luxury brands in the world are either from Milan or Paris.” The comment infuriated Mr. Mohammed because it suggested that a black aesthetic could not be considered “high fashion” and seemed to make definitive claims about an industry that was rapidly changing. “It felt like an incredibly out-of-touch thing to say,” he said.

An earlier version of this article misstated Daniella Vitale's role at Barneys New York. Ms. Vitale is the chief executive officer, not the chief operating officer, her previous role.