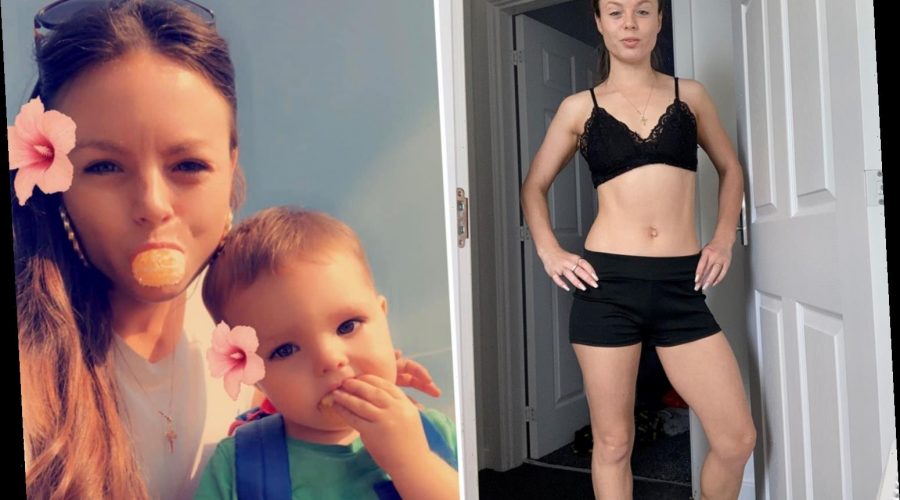 WHEN most women have given birth the one thing they hate is the change to their bodies and mum Rachel McKenzie, 25, is no different.

So she decided to do something about it, working out hard to get her body back to its pre-pregnancy best. 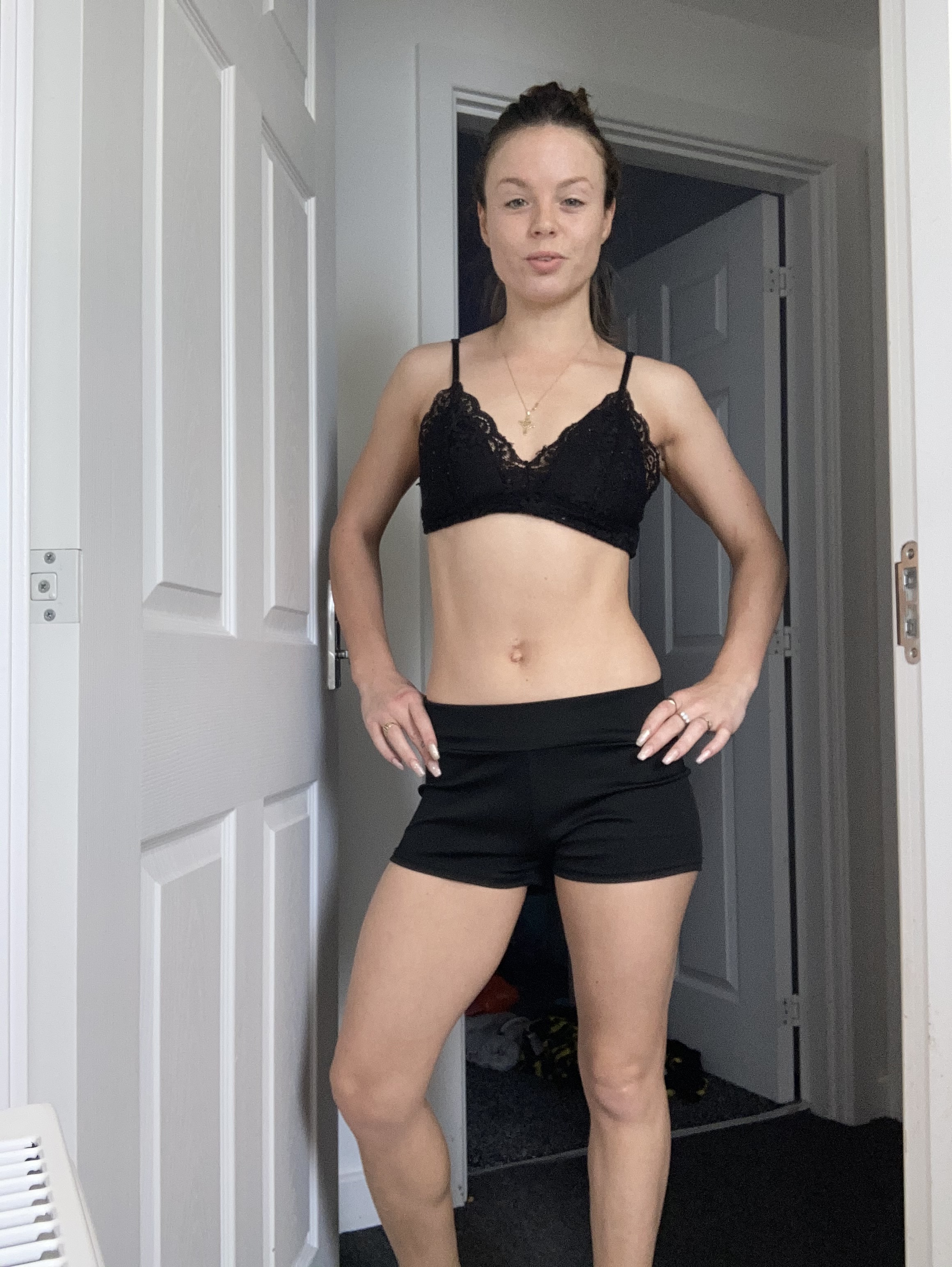 A strict regime of the right food, squats and other exercises mean Rachel is as slim as she was before she had her son, now two.

While she’s thrilled with her svelte figure, not everyone is so kind.

People seem to think commenting on her size 6 figure is fair game.

She’s been asked if she ever has meals and whether she has an eating disorder, comments she finds highly upsetting. 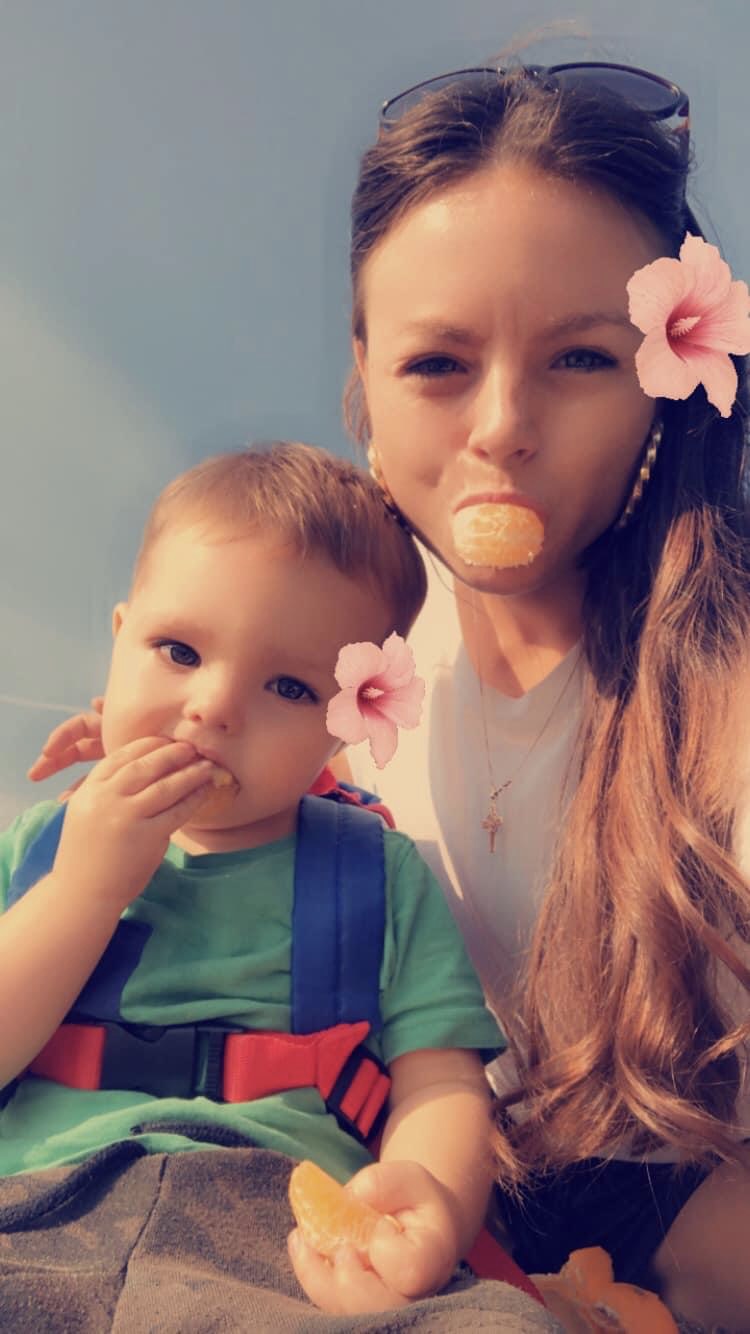 “In my early 20s I had a perfect body and looked great. At seven I went to acrobat school where I learnt how to do the splits and back flips – and I can still do a them today.

“As a teenager and going into my 20s, I was slim and never worried about dieting.

“I was confident and loud too. 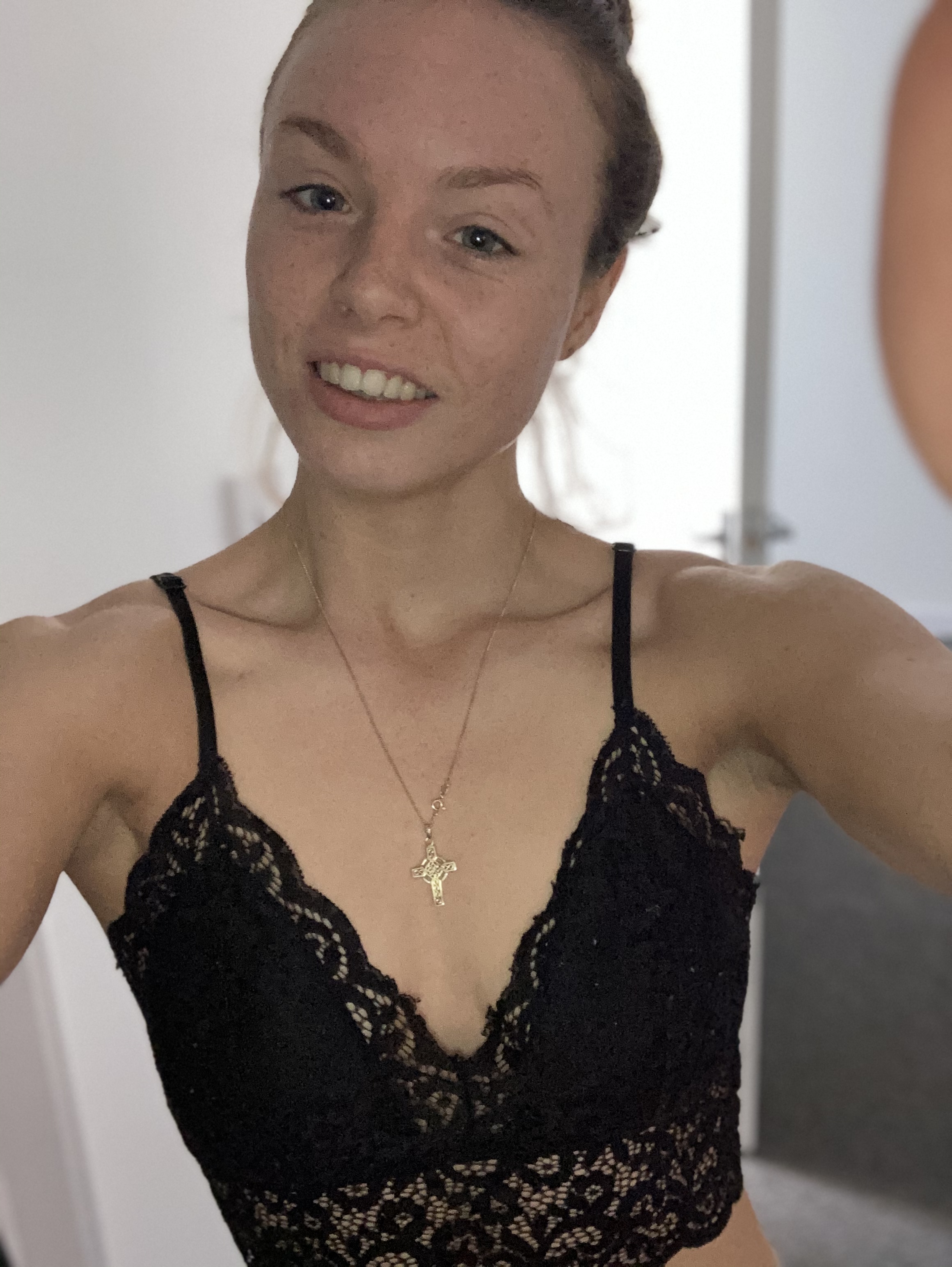 “I had a bouncy bum, perfect flat tum and excellent boobs. I won’t lie – I had a great body.

“But that all changed when I became a mum. Nowadays I’ve got a flat tummy – but my bum is saggy, my boobs are empty bags of skin.”

Three years ago, Rachel – who today lives in Bristol – got a flat with her boyfriend and together they planned to start their family.

“He loved my body – we were really happy together. The first trimester was fine – I suffered with bad indigestion during the pregnancy though. 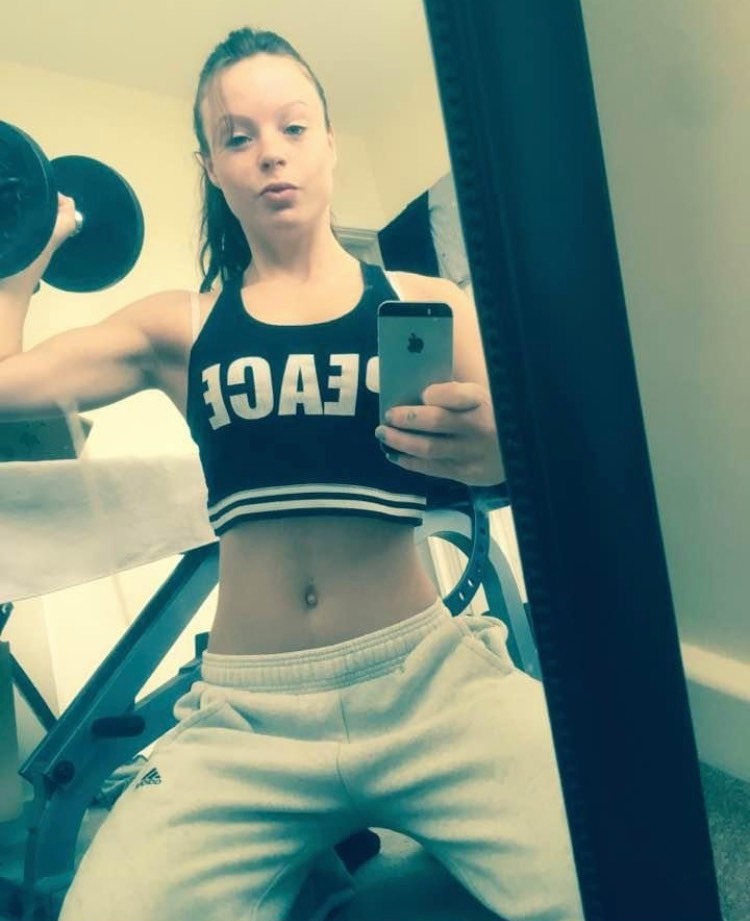 "Even so I ate what I liked during the pregnancy and went from 7st to 11st.

“I didn’t show until I was 5 months pregnant. After that I looked like a kid with a massive tummy.

“Unfortunately when I was five months pregnant, we split.

“I had a traumatic birth. The forceps gashed my anus, vagina and damaged my coccyx too.

“Even now I find it difficult to do a sit up on the floor.” 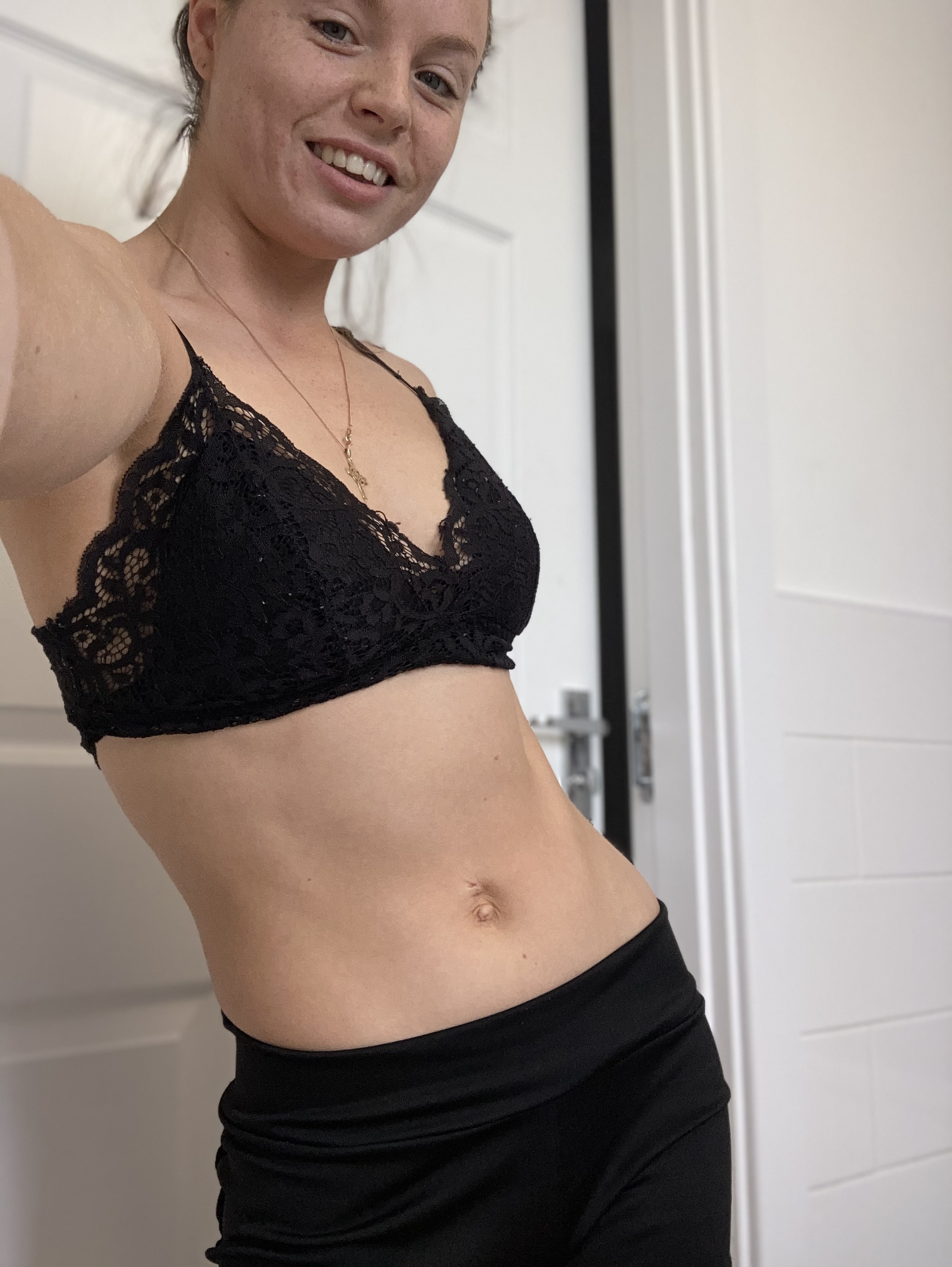 Today, Rachel is a full-time mum and lives with her two-year-old son in a flat.

She says: “I’ve got a few stretchmarks on my boobs but I’ve worked out every day to get my figure back doing 30 squats, 10 push ups and jumping jacks. I hold the plank for 30 seconds.

“I also put a metal bar with weights on across my stomach and thrust upwards to tone my tummy muscles. 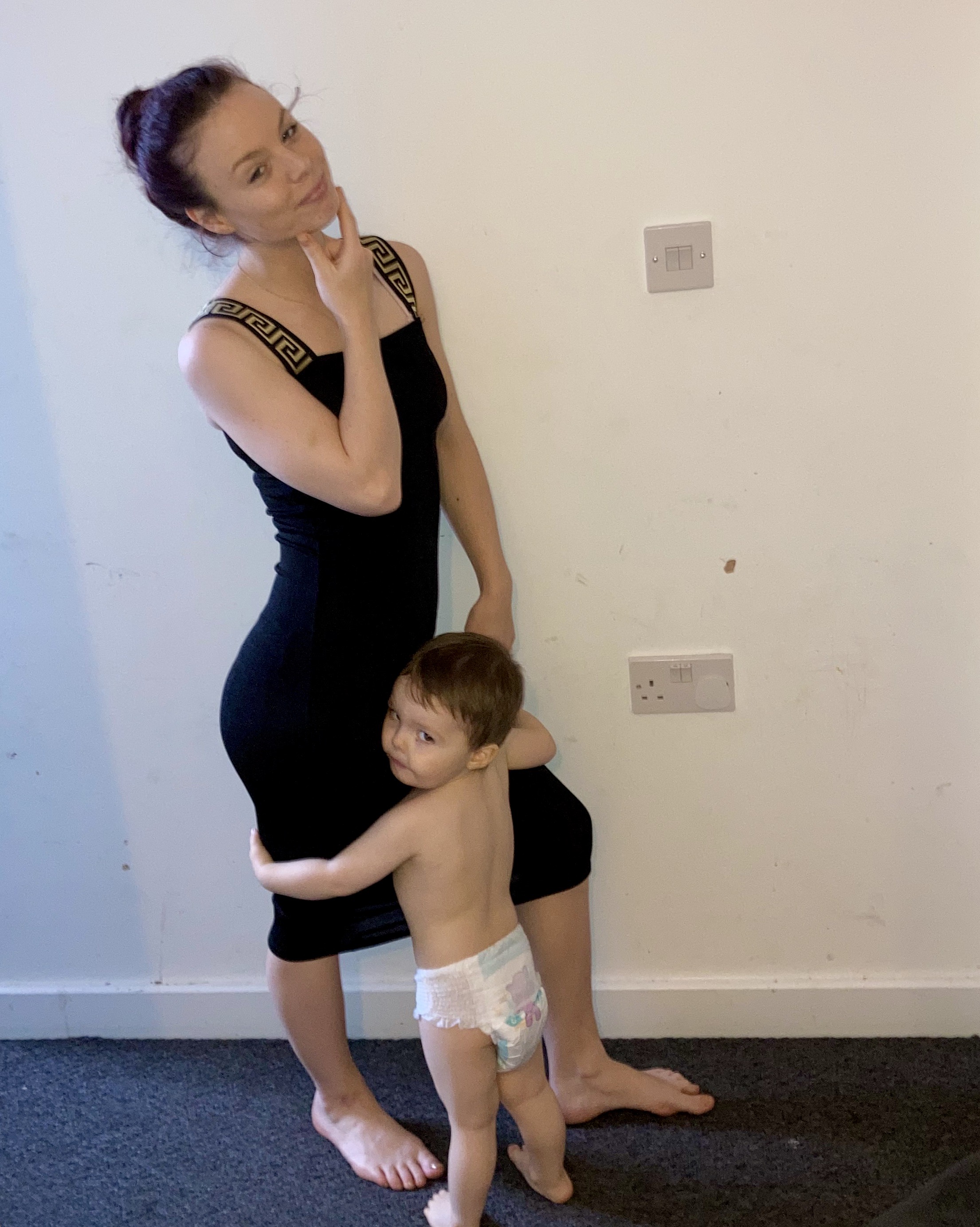 “I get a lot of grief for looking like this though. Everyone from my brother’s girlfriend to other mums.

“For some reason everyone feels the need to say 'Oh My God you look so skinny!' or 'Rachel, you need to eat more!'

“One friend asked me, 'Do you even eat?' Obviously I do! But I have a fast metabolism and do a lot of exercise. No one wants to listen to me when I list what I eat. They are only interested in judging me.

“Another friend asked me if I have an eating disorder. She then started asking me if I ever got depressed.

"She accused me of being anorexic before, demanding to know why I never eat in front of her. I’m not only always on the go with a fast metabolism but I’m a really happy mum.

“I would never call a bigger person fat, so why should they say I'm skinny? It's just as upsetting!” 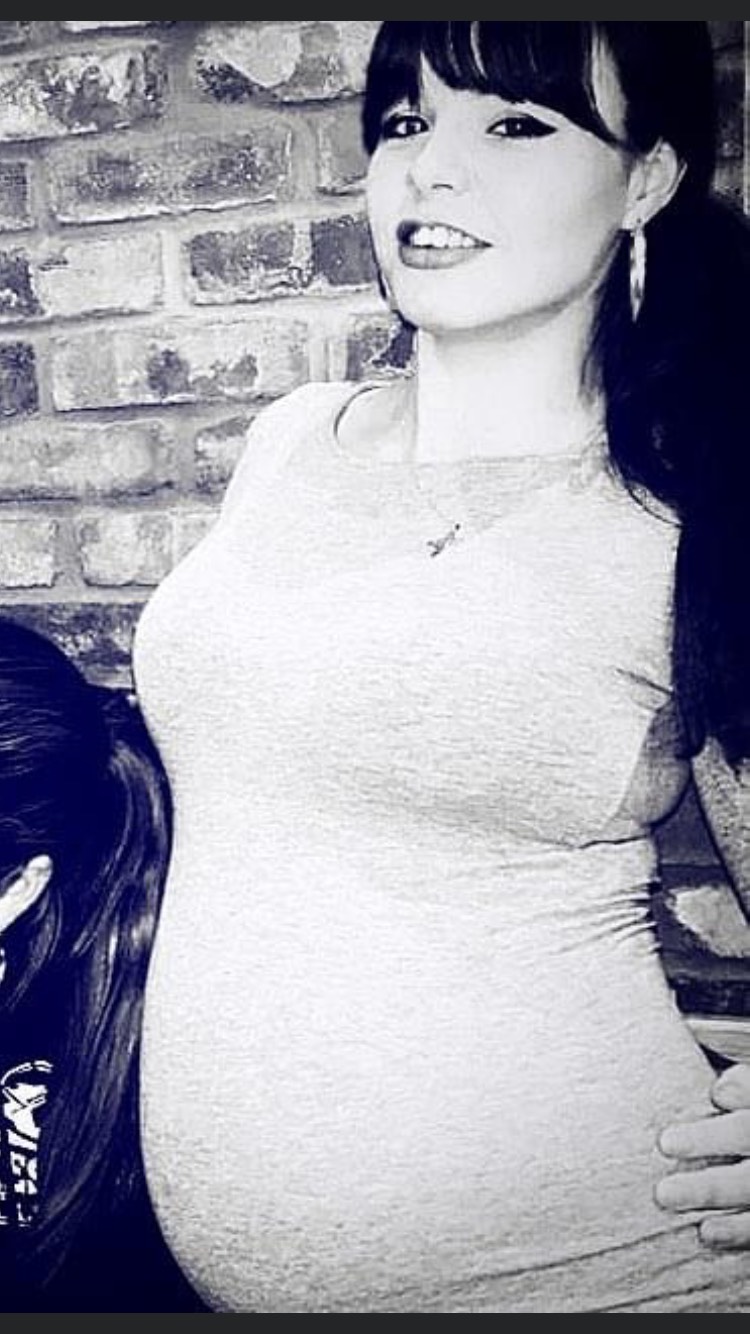 Rachel says she has coffee and cereal for breakfast. Typically she’ll have pasta-based dishes for lunch and also for dinner – and she shares it with her son who she describes as a “chubber.”

Other mums, Rachel reckons, are just as bad and judge-y as so-called loved ones.

She says: “Once at soft play before lock down I was wearing a stripy cropped top with my flat tummy on display.

"I didn’t think anything of it. But I got loads of funny looks. The other mums were looking over at me, rolling their eyes and laughing together.

"It was obvious it was me they were laughing at. I ended up pulling my jacket around my shoulders.” 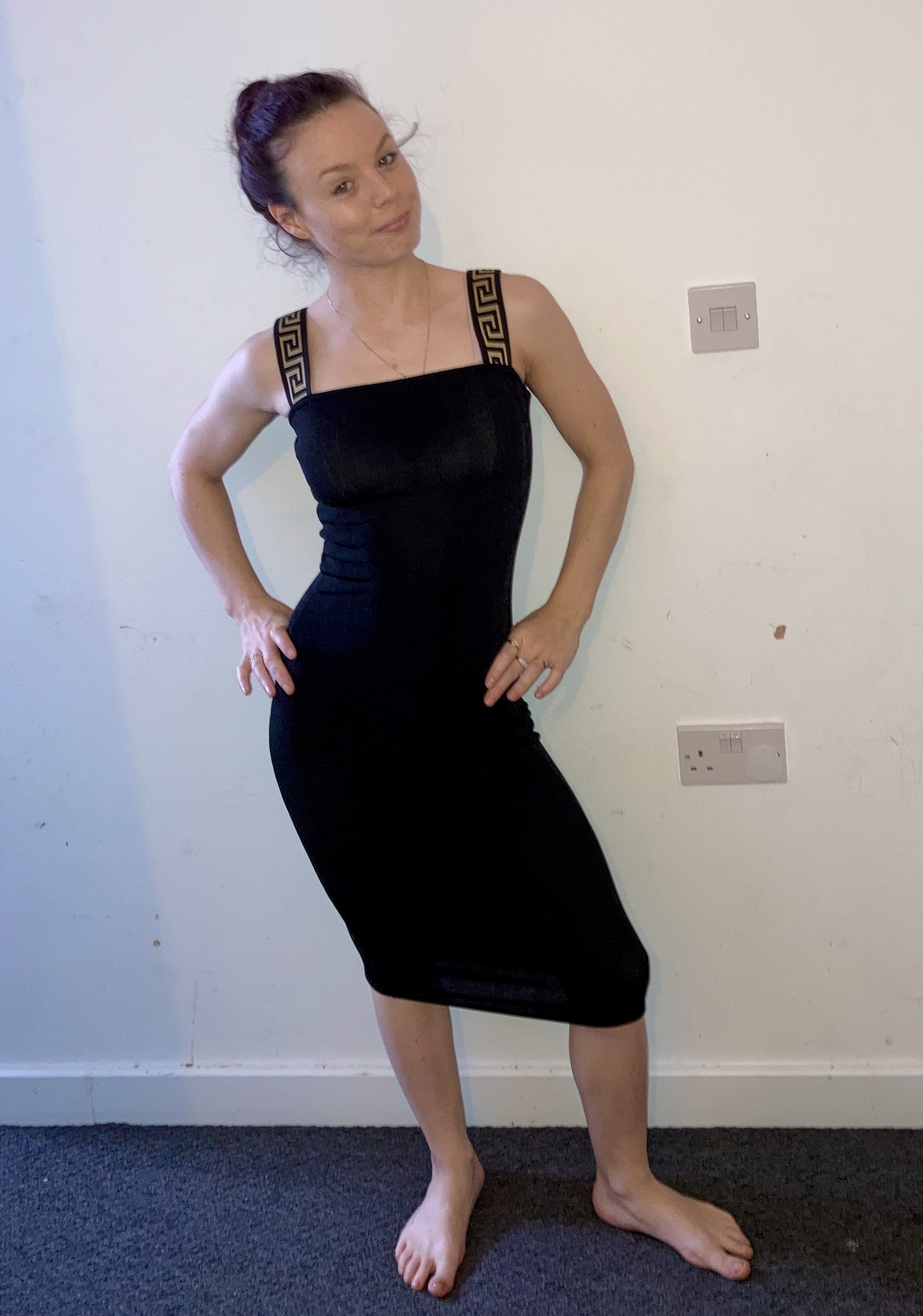 But the worst experience to date for Rachel has been with the opposite sex.

She says: “I was at a friend’s house and a male friend of hers was chatting to me and by the end of the evening he’d asked for my number.

“Before lockdown 3.0, he called and asked me out on a date.

“When I told mum I was worried about my lack of boobs – she said to stick a padded bra on which I did.

“We went for dinner. It was really lovely to go out and feel like me again and not just a mum.

“We took a bottle of wine back to my house. 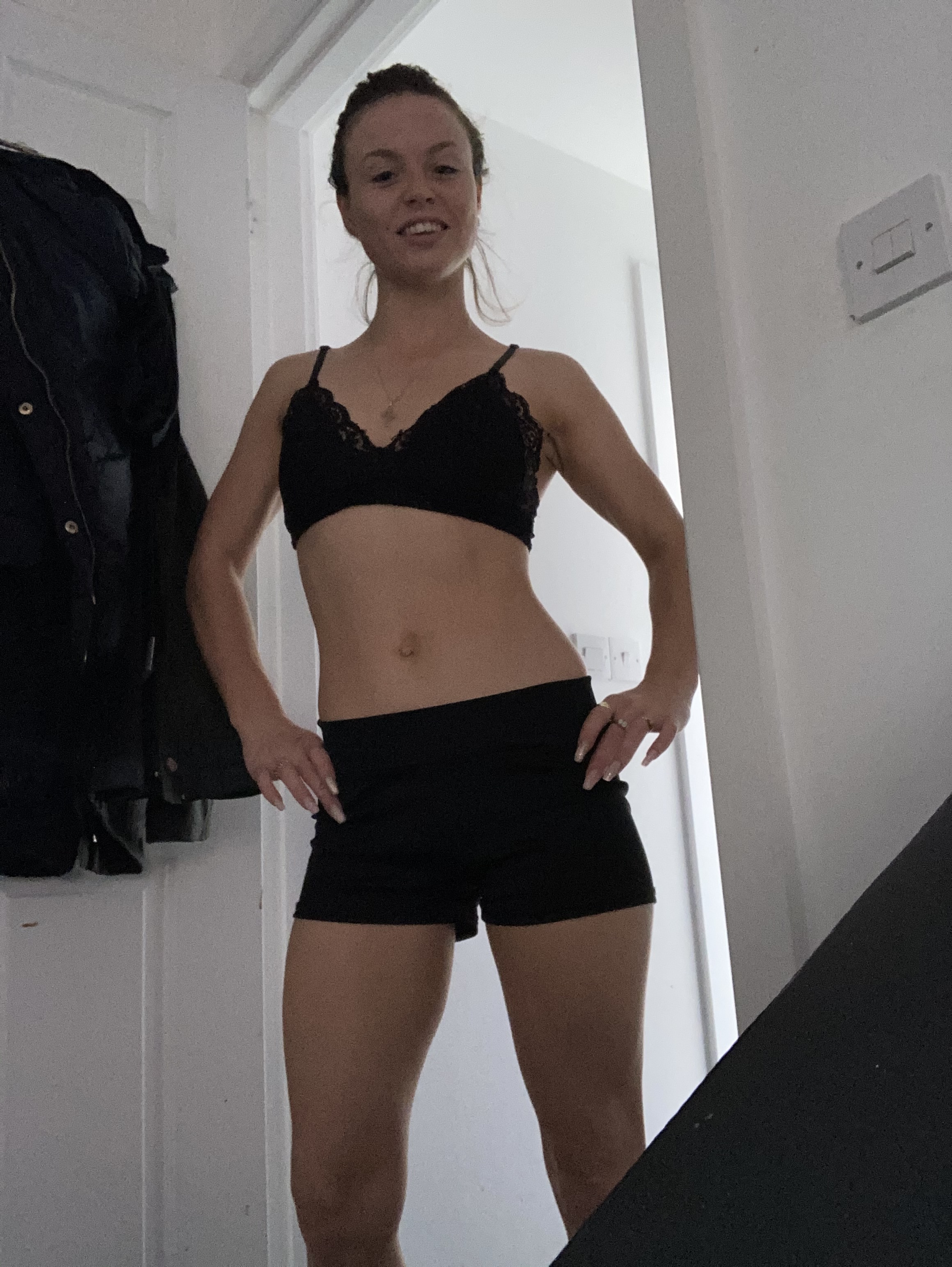 “Before long we were making out. When I took my top off he took one look at my boobs and laughed. We didn't even get to do the deed – he turned away, got up, made his excuses and left.

“I wasn't just embarrassed about my body but I was devastated for me as a single 20-something woman too. I’m quite confident yet I couldn’t tell anyone about what happened.

“I showed a friend my boobs to see what she thought and all she could say was that they’re not that bad. When someone says that you know they’re lying.”

Rachel says there is “no way” she will consider going on another date this year.

She says: “It’s why I would definitely consider getting a boob job when I can afford it.

“If someone else asks me out I will say no. My confidence has taken too much of a knock. I’ve gone from a B/C cup to a triple A cup. I might be skinny but all I see is baggy boobs and a baggy bum.

“Today someone called me beautiful while I was out on the street – I wondered who he was talking to.

"When I realised it was me I wondered why because with all the knocks I’ve taken over the last couple of years I’ve got zero confidence.”

Meanwhile this bloke says date is ‘bigger than expected’ in cruel text meant for mate – but is sticking around as family ‘is loaded’.

For more dating horror stories, this lad ‘tired of being single’ was called ‘evil’ for revealing plan to split up his loved-up mates and their girlfriends.

Plus a man claims his girlfriend was on Tinder while in BED with him… and he caught her after the app reflected in her eyes.

02/12/2021 Fashion Comments Off on I'm skinny-shamed by jealous mums because of my size 6 body, I'd never call them fat so what gives them the right?
Recent Posts